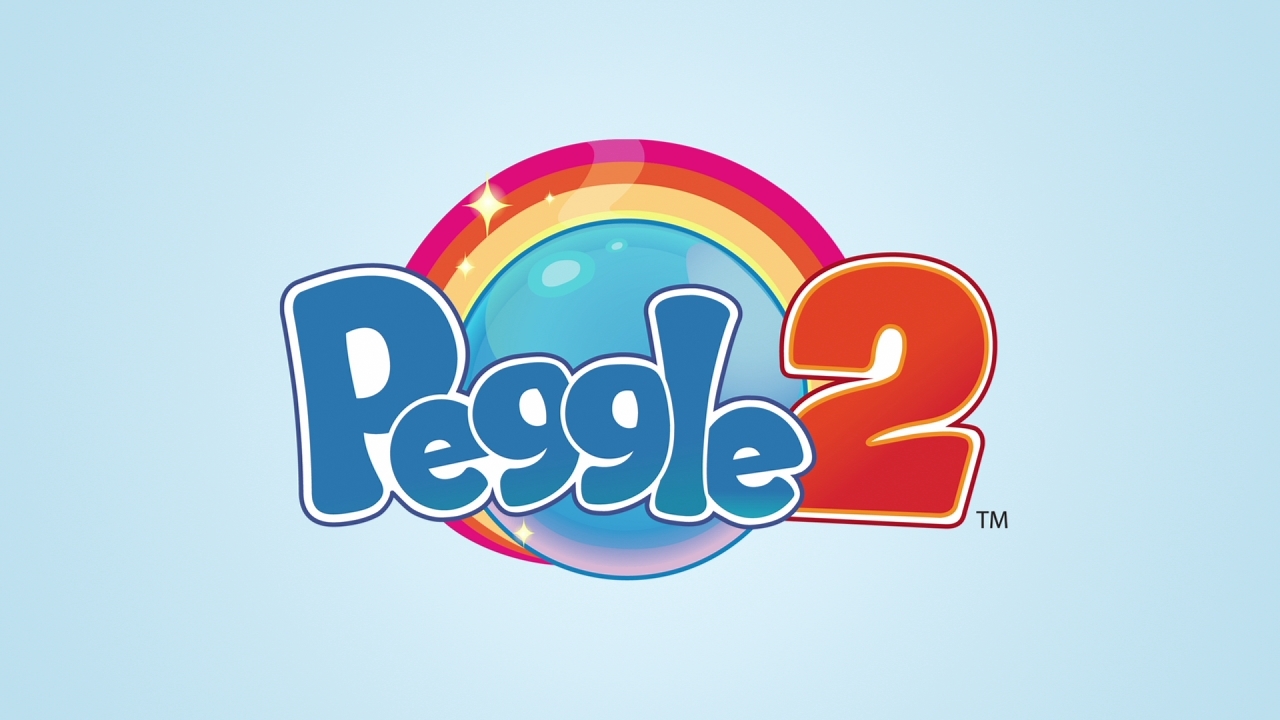 If you’ve occupied the planet Earth over the past few years, you’ve no doubt heard of Angry Birds (available on the app store of your choice for free or a console for $50) and Peggle. While the former has been a mixed bag of quality and commercialism, the latter is largely beloved for being both easy to play and understand. Anyone who grew up with the Price is Right’s Plinko game loves seeing the ball go down the series of pegs and land in the bucket – especially since not doing so costs you a ball just like in pinball. The Plinko/Pinball hybrid gameplay is easy to adapt to any device, and allows 20-somethings with a modern system to enjoy a game so simple that a grandmother with a Facebook account can enjoy it as well.

Now, Peggle is back on brand-new hardware…that does seem a bit excessive for a game capable of running on a DS, but whatever. Hitting all of the orange pegs with a limited supply of balls never gets old, and $12 gets you 50 new stages, 50 new trials that test your mettle, and online multiplayer action as well. The core game is the same as it ever was, but with new masters whose individual skills you can take advantage of for their set of stages. Jeffrey is my favorite; he is a parody of The Dude from The Big Lebowski, spouts altered lines from the movie – but sadly, does not have any strangers with friends in the alps. It’s a real shame – but made up for with his special power, BOWLING BALL. This thing lets you take out a ton of orange pegs in one shot, and like the regular tiny ball, can be an easy way to teach kids about physics since each one has a different arc to it due to their weight. 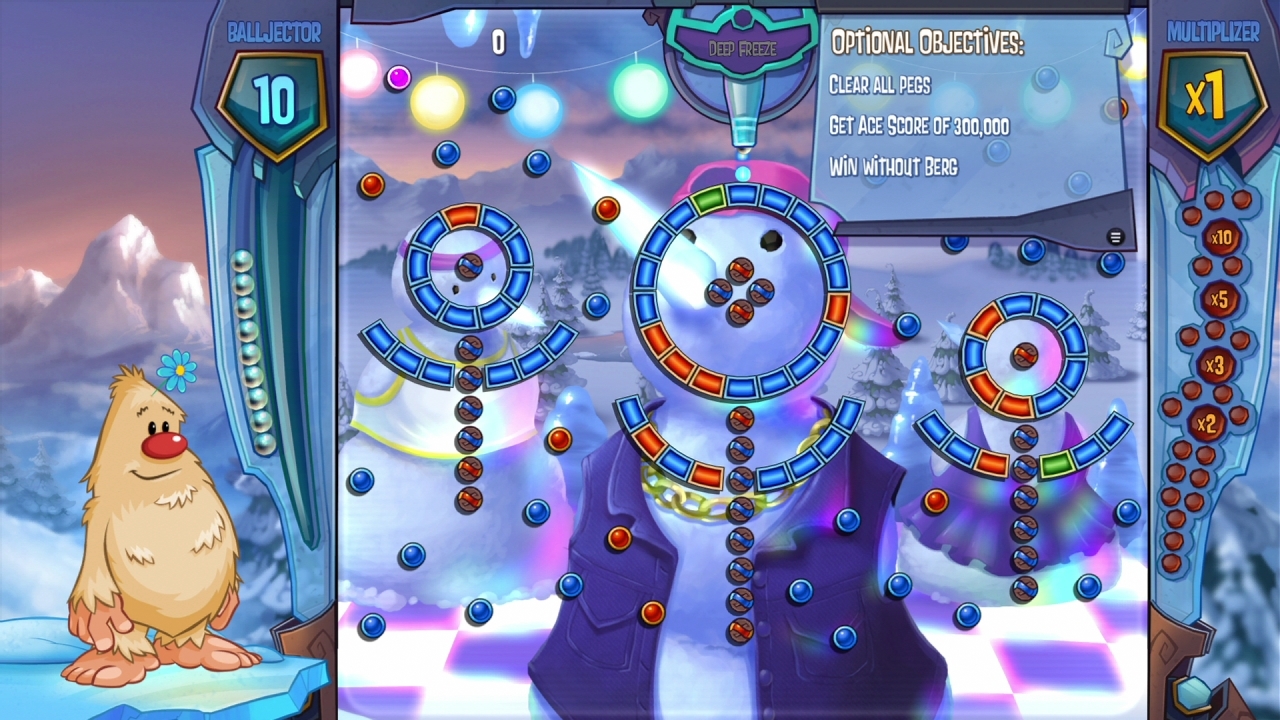 Beyond ol’ Jeff, or Jefferino, you’ve got a sasquatch who loves to use ice breath to turn everything into a weighted ice ball that can bump into a lot of balls at one time, while another master lets you use a lightning bolt to hit a line of balls at once and the awesome goth ghost’s power takes away all of your obstacles for a turn – giving you the clearest path possible for a shot. When you’re on your last ball, you’ll be so happy to use this power as it could mean the difference between a win and a loss. The regular campaign stages wind up teaching you the mechanics well enough with each power to get you ready for the celestial stages where you’ll pick a different master for each stage – and can figure out just which power works best for each power. Sort of like Mega Man, but minus wacky color changes.

Single player is a blast, and online multiplayer, while limited, is fun too. Playing with strangers is a joy, and the fanbase seems to be pretty relaxed — so you won’t run into many kids throwing fits if you’re used to that in an FPS game. You can play with as few as two and as many as four players in a ten-round play session – whoever has the most points at the end wins. Here, you can see how maximizing your points matters in the grand scheme of things since it requires taking more risks than just eliminating the orange pegs like in the single player mode.

Visually, this isn’t a barn-burner. This game is basically made to run on anything made in the past decade, so it’s best to view this as a game to convince an older relative to buy the system for you since they can play this with you. It’s a very colorful game with bright colors all over the place and nice, if a bit generic, character art for the masters. Animation is minimal, but looks fine when it’s used. The music alternates between silly and epic, but is generally fun to listen to in short bursts. During waiting sessions online, you will probably want to mute the TV to prevent yourself from going insane to the somewhat Christmas-style jingle that plays in the menus. 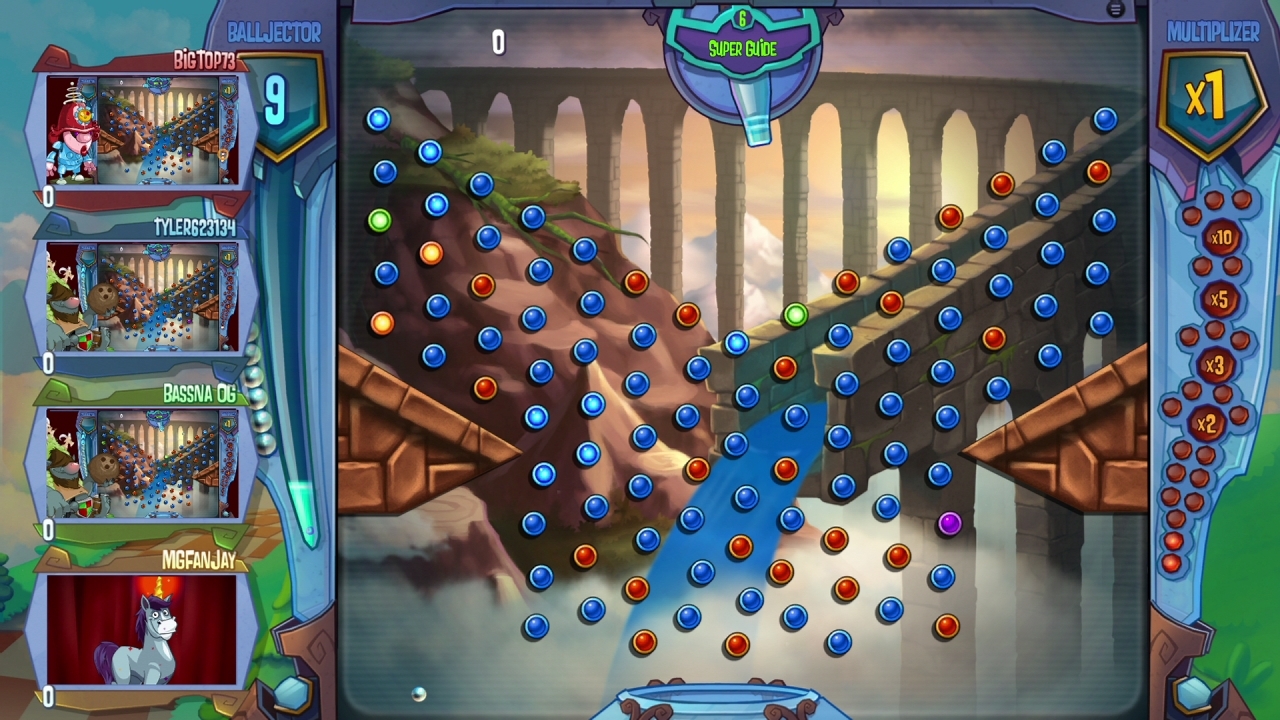 Those who loved the original Peggle will easily get their money’s wortht out of its sequel. While it’s basically more of the same with a different twist thanks to the use of different power-up masters than before, it never wears out its welcome. Newcomers to the series should first check out the original or one of its variants  — like the free Peggle Extreme on Steam — to make sure the gameplay is for them. No matter the audience, however, Peggle 2 offers up a lot of value in part due to it lacking microtransactions, but mostly because it sticks to a formula that’s very fun and replayable.