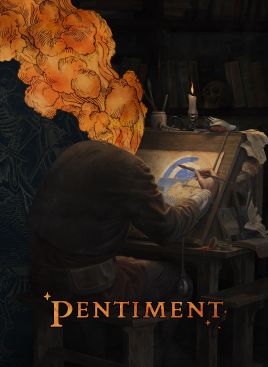 A lot of Obsidian’s most notable titles over the years have been known for their blend of combat and dialogue trees that place an emphasis on choices and their impacts. The types of games that allow you to either engage the enemy in hand-to-hand combat or simply explain to them why their plan is doomed to fail. This makes the two games they’ve released so far this year odd given that they’re heavily focused on opposite elements, with Grounded being a more action-heavy survival game while their latest, Pentiment, is focused almost entirely around dialogue and the choices that result from them. But Grounded proved that the developers could excel when venturing into different territories, so can Pentiment also provide success from the opposite end of the spectrum?

Pentiment sees you playing as Andreas Maler, an artist in early 16th century Europe who, seeking for a way to complete their masterpiece, finds themselves working at an abbey in the small Bavarian town of Tassing. Andreas is already struggling with their journey with their artwork and the life that awaits them back home in Nuremberg afterwards, and a sudden shocking murder that occurs one day doesn’t exactly help things, as now Andreas finds themselves having to deduce a mystery that’s presented itself in order to save a life. In the process, though, they discover an even bigger mystery, one that unfolds over the course of the next two and a half decades as they return to Tassing over the years…

There isn’t exactly a whole lot to discuss gameplay-wise when it comes to Pentiment, or at least anything that might sound exciting. It’s mostly just walking, talking, dialogue choices and examining objects, with the occasional mini-game thrown in to add a relaxing flavor or provide a quick puzzle, like decoding a cipher or having to reveal a paper’s hidden message via candlelight without burning it. Basically, while the game may have some RPG elements in letting you customize parts of Andreas’ background in order to access different dialogue or having skill checks based on said background and various choices made in the game, Pentiment feels more akin to a graphic adventure game, or even a visual novel. 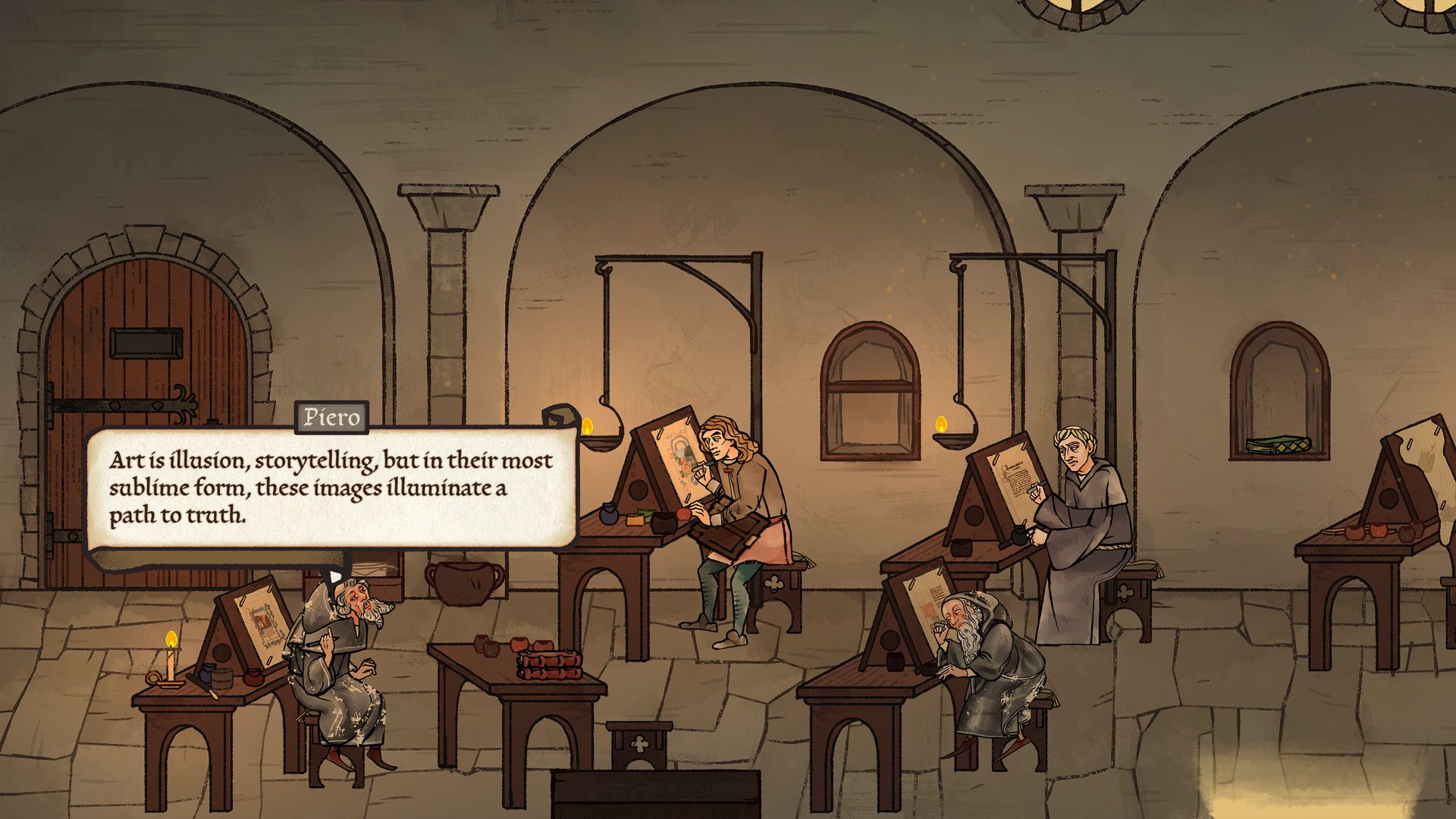 That, of course, is all perfectly fine, with the emphasis here being more on the story and the mystery elements. There’s more to it in how these investigations play out, though. Each day is divided up into different sections, with two times of the day devoted to searching for information, specifically engaging in dialogue with certain characters over the course of a few in-game hours in order to learn more about certain suspects. You also have free reign of Tassing and the nearby Keirsau Abbey, though, allowing to to find any other items or engage in other dialogue with even more of the villagers as well, learning about their own issues along the way.

The mysteries in Pentiment are well-constructed, having the player sift through enough clues that all point to a variety of suspects, but never giving you anything that points to anything concrete. Everyone involved can feel like a potential guilty party in one way or another, with only you to decide who the culprit might ultimately be. Naturally, who you choose to face punishment will have some sort of impact on Tassing and its future, which you’ll get to see first-hand via various time skips. Notably, even accusing certain parties can have consequences as well, since they may not be able to shake off certain reputations, which is another great touch that adds more welcome branches.

In general, the writing in Pentiment is mostly top-notch. As you get to know every one of Tassing’s residents over the years (and even help shape their destinies a little in a couple of small side plots), you see more of their personalities, as well as their reactions to a potentially changing world, with a possible revolution on the horizon as the peasants become increasingly fed up with aggressive taxation by the abbey, and the themes of history and the past are all too present in a world and time where deviating from Christianity is a dangerous choice, and as remnants of the town’s pre-Christian past are further discovered. A lot of Tassing’s residents believe strongly in faith, and genuinely try to be good Christians, but they all have their various flaws (with some even being impacted by the politics of the time), making for enjoyable characters to chat with. And the themes of history and remembrance play an even vital role later on when the plot and gameplay takes a surprising turn, which is an intriguing twist. 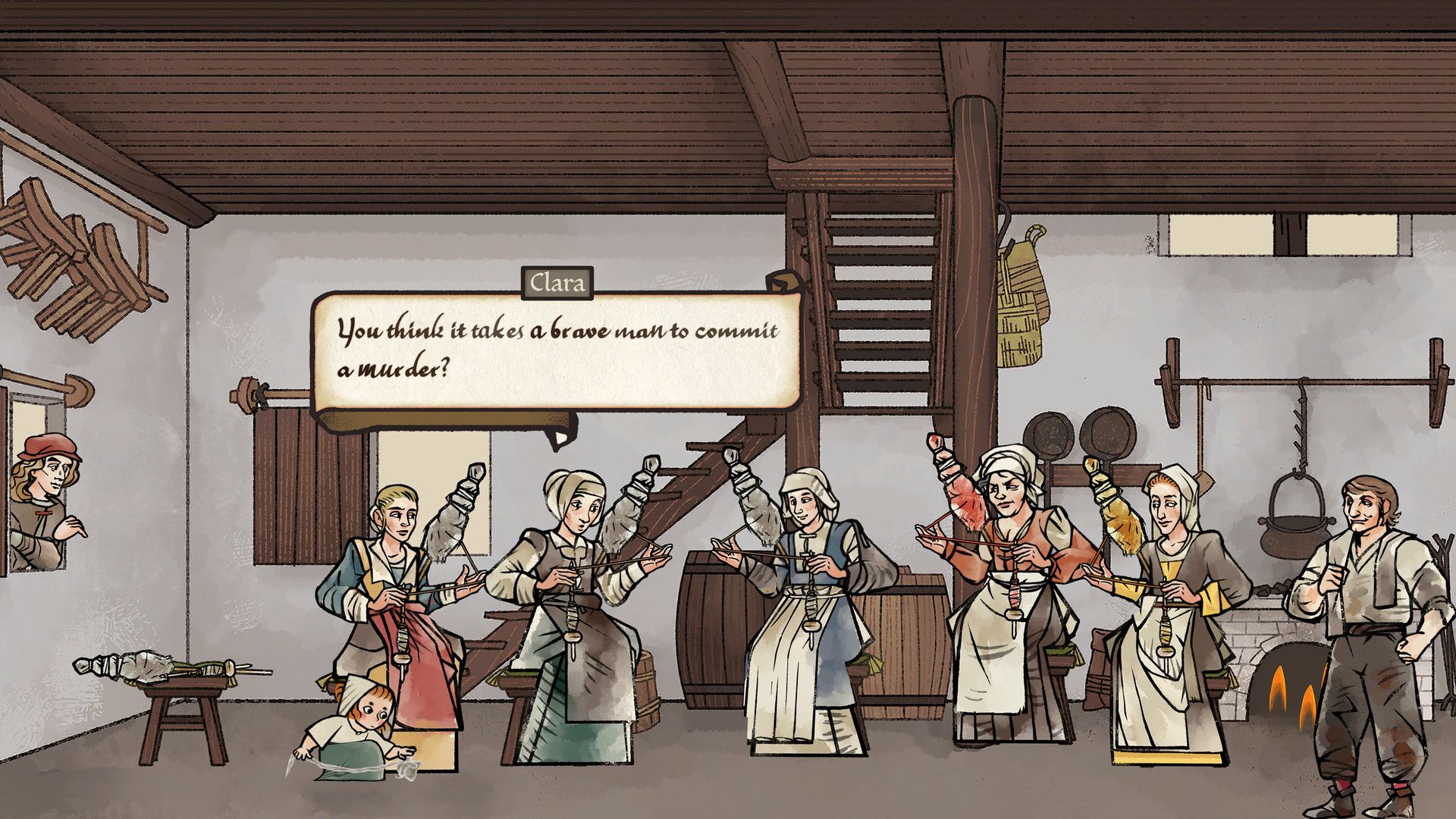 It helps that you’ll want to see as much of Tassing and its residents as possible, as Pentiment is a joy to look at when it comes to its visuals as well. The art style draws inspiration from illuminated manuscripts and woodcuts of the era, and it looks stunning to behold, from the scenery to the characters. Spectacular details abound as well, from the way older townsfolk from a different generation have visible flaking on their drawings, to little watercolor smudges being visible on characters at times. Even the text is a grand sight, with dialogue being drawn in as if the character was writing it by hand, complete with typos that are erased and replaced, references to God that are filled in last, per tradition, and even different stylized script, fonts, and sound effects based on Adreas’ view of them. It’s a minor detail that ends up adding a ton of personality to everything.

If there is any major flaw with Pentiment, it’s that it does feel like it could have been longer at times, allowing for more choices to pay off over the game at different intervals. One other issue is that the open-ended nature of the investigations can get redundant at times, depending on your choices. At one point, I was successfully able to pass a skill check with one of the villagers at the start on an investigation, and they immediately shared a major secret with Andreas about one of the other townsfolk. Unfortunately, the game seemed to have been betting on me talking with several other people first, as I kept having to initiate events with others in order to talk with them about what’s been going on, only for them to ultimately just go “Say, I think that one person is hiding a major secret” without adding anything that I didn’t already know now. And because of the structure, you have to engage in one of these events during each work period in order to advance things.

Moments like those felt like awkward moments of slightly-fractured storytelling, which feels like a rarity for Obsidian, who again otherwise excel in writing and dialogue. That being said, one other notable complaint I have is about the finale. Without trying to go into any spoilers, the game ends with a twist that might feel satisfying in a regular mystery and is otherwise well-written, but when it comes to a video game, feels like it somewhat nullifies what you might have accomplished gameplay-wise (not helped that it involves what should have been a major plot point that Andreas should have asked about way earlier). It’s a climax that felt like a groaner despite the more captivating turns it took, which sort of sullied what could have been more of a masterpiece. 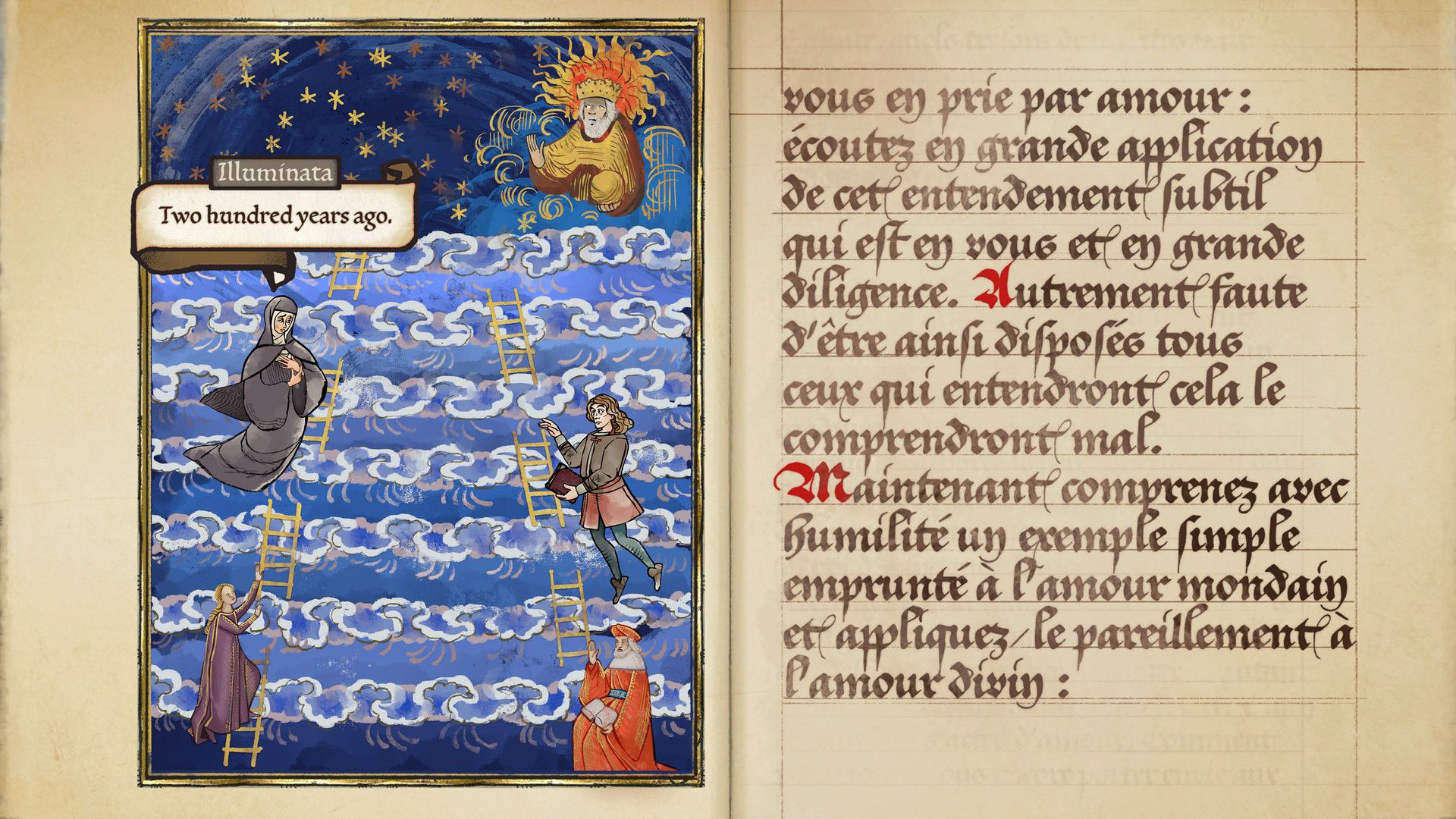 Pentiment is a short but sweet adventure from Obsidian, one that plays to their strengths when it comes to dialogue and gives players enjoyable mysteries to figure out. While there are hiccups at times with the story structure and the climax, it’s still a captivating journey through a rather tense period in history, but one that also seems oddly calming thanks to its likeable characters and visual flairs that bring Tassing to life. It’s another unique venture for the developer that pays off, and is one for fans of mysteries and adventure games to check out.