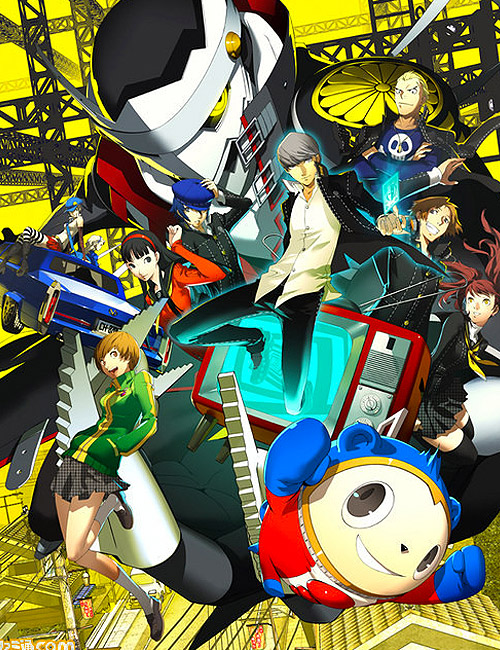 Twelve years ago we were already well into the Xbox 360 and PlayStation 3 generation of gaming, with titles such as Fallout 3, Dead Space, Metal Gear Solid 4 and Lost Odyssey highlighting such a phenomenal year. There was one game that somehow stood out, though, one that was still committed to the PlayStation 2: Persona 4. The Shin Megami Tensei series has always been a bit niche in the west, but somehow the Persona spin-off has been able to capture the minds and hearts of RPG fans. Something about the high school setting mixed in with the surprisingly dark tones of the real and demonic worlds seemed to be an attractive combination. Cut to 2012 when the single best PlayStation Vita game was released in the form of Persona 4 Golden, (mostly) enhancing the original to be one of the best JRPGs of all time. Since then, while fans have pleaded for a console port, the developers moved onto a sequel that stepped up its game with significant improvements to the formula. Fortunately, Atlus made a surprising announcement today with the reveal that Persona 4 Golden would not only be on PC, but it’s available right now. We’ve had extensive hands-on time with the port and we’re left impressed by Atlus’ evolution in the PC space.

Mechanically speaking, Persona 4 Golden still holds up. Granted, if you played through the heavily improved upon Persona 5, you might notice things are a little slower with fewer stylish transitions and actions. The battle system features the turn-based combat we’ve come to love, although it’s simple in comparison to how it has been iterated upon over the years. It’s all about finding an enemy’s weak point and exploiting it to deal massive damage while protecting yourself from such a fate. Dungeons are the original randomly-generated corridors instead of intricately-designed environments, meaning you’ll be running through various narrow, misty themed areas while smacking a shadow over the head. Unfortunately, Persona 4 Golden also retains the PlayStation Vita version’s removal of a save spot before boss fights, which was a disappointing feature to say the least and can be trouble if you don’t have a Goho-M. Thankfully, Atlus has supplied us with a detailed difficulty setting, allowing you to customize anything from EXP distribution to the ability to retry if you die in battle. 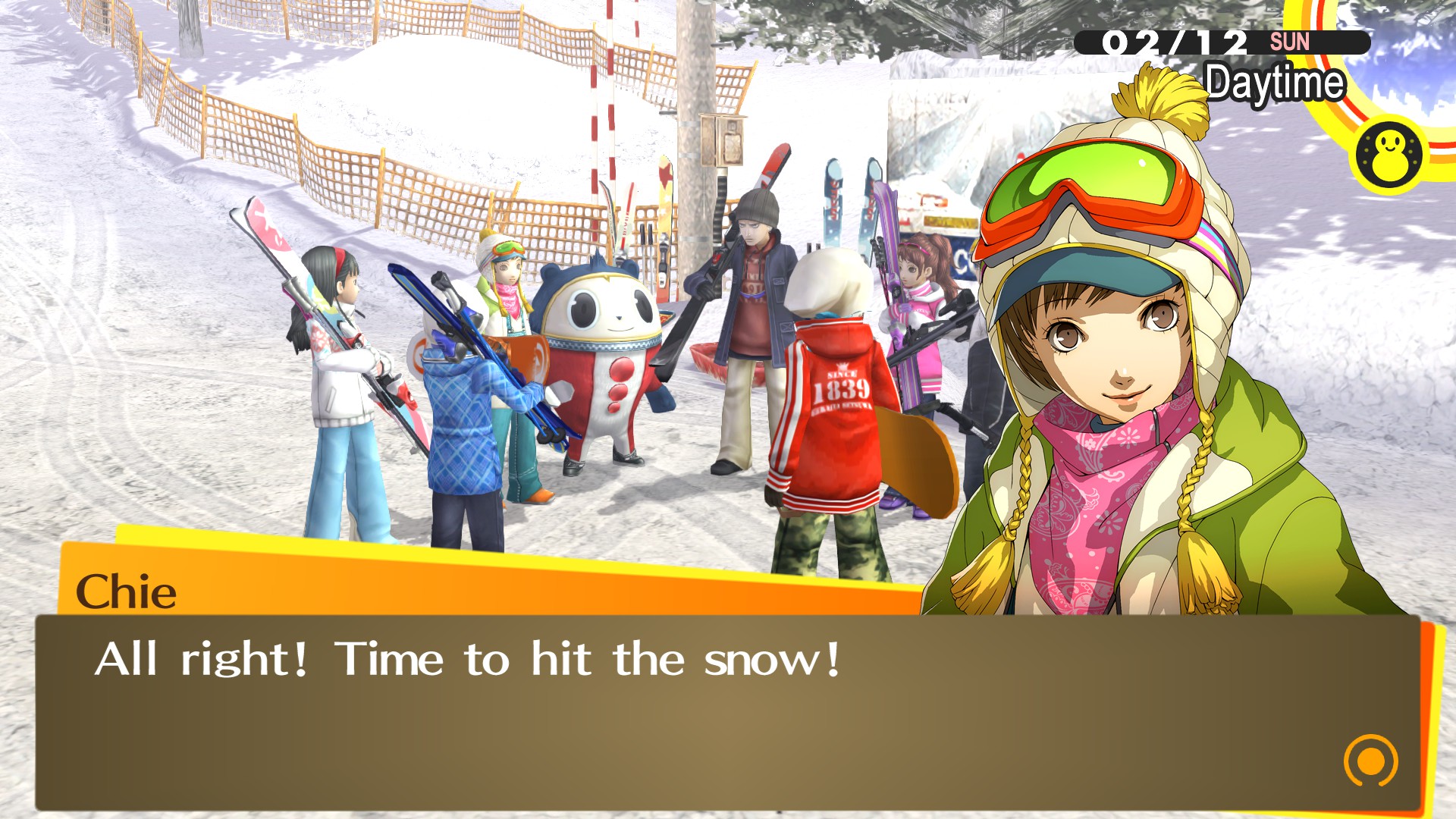 While the gameplay is slowly starting to show its age, the story remains one of the best in the series, with a cast of characters that are some of the most memorable in any JRPG. Sure, there are some that can be downright annoying, but your interactions with them and seeing them grow make for enjoyable encounters. Where Persona 5 was all about style, Persona 4 is more laid back and down to Earth being held in rural Japan. You won’t be moving through a bustling cities, but instead riverbeds and small shopping districts. With that said, there are just as dark and depressing themes as ever; maybe not on the level of sexual assault, but it gets up there, especially considering it retains the somewhat childish ideals that adults are self-righteous and only kids are pure of heart enough to fix their problems. This is all helped by an absolutely immaculate soundtrack that will have you bobbing your head to the pop and jazzy tunes.

Now for what you’ve all been waiting for: how does the PC port actually run? Well, great. There aren’t too many graphical options, but enough to be impressed that an eight-year-old handheld game has what it has. The biggest and best upgrade is that Persona 4 Golden can now run at 60FPS at ultrahigh resolutions. In addition, players have the option to turn up the rendering quality by 200%, and considering the game is essentially a PlayStation 2 game, most modern computers should have no problem handling this. You can even swap it down to 50% render quality, making it look closer to your PlayStation 2 experience, just now displayed on a widescreen. 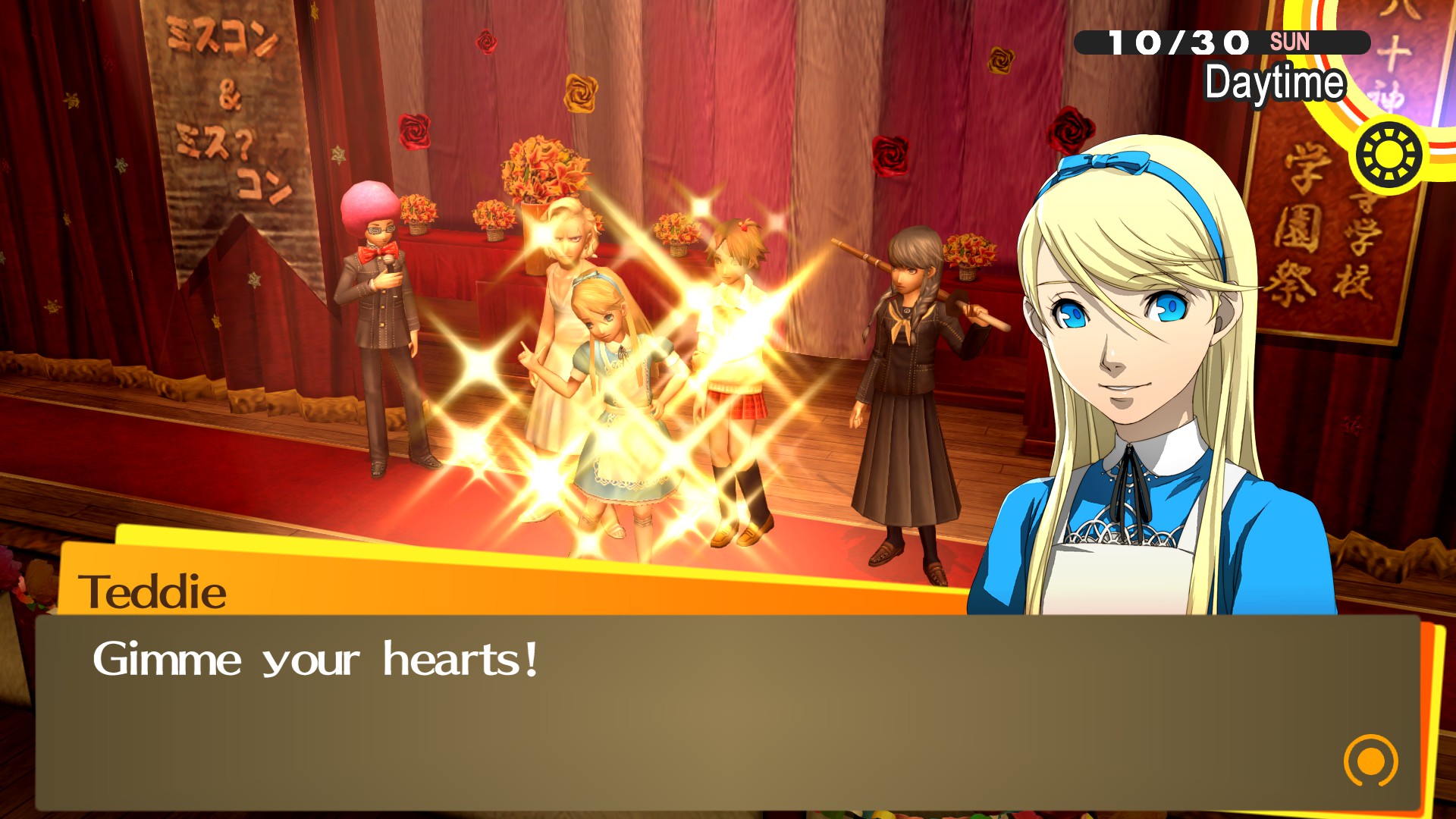 Outside of that, we have shadows and shadow quality, anisotropic filtering, anti-aliasing, contrast v-sync and borderless window support. Again, not too much but enough to keep players satisfied. As for the keyboard and mouse controls, they are well implemented by default, with the only button I personally would reassign (which you can completely remap) is the space bar being the action button. I personally prefer to play this with a controller as rotating the camera with the keyboard can sometimes lead to awkward situations, but it’s entirely preferential. Speaking of which, if you want to go back and forth between the two, you’re able to do so on the fly, with the button indicators swapping, as well.

Unfortunately, the port isn’t perfect. There does appear to be some ghosting in some areas, especially when you have control of the camera. I also would have loved the ability to adjust the UI’s size. The UI for Golden was slightly adjusted to compensate for the smaller screen of a handheld device, but that has been brought over to the PC version. Granted, it’s only about a 10-20% increase in comparison to the original PS2 release, but there are still instances where the dialogue and choices cover almost the entirety of the screen. It’s not a deal breaker, but it’s something I had hoped would be an option to modify. Outside of this, there are a couple of smaller features that aren’t implemented. These mainly amount to the game pausing whenever alt-tabbing, meaning you can’t multi-task while a long scene is playing out and you can’t switch audio outputs while the game is running, meaning if it’s going through your speakers but you want it through your headphones, you’ll have to restart. Again, smaller elements that only cause minor annoyances. 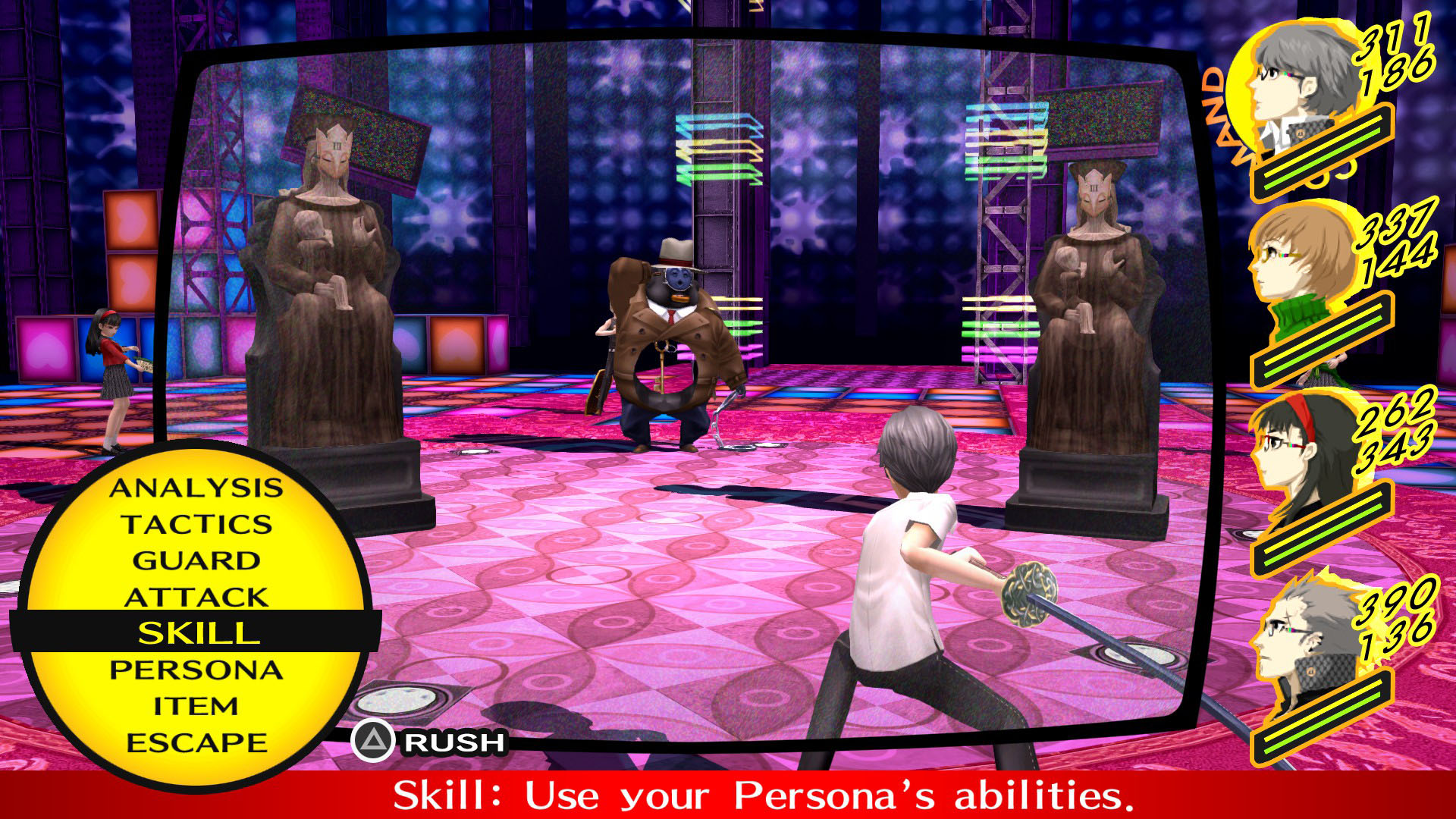 Persona 4 Golden is slowly starting to show its age in the gameplay department, but that doesn’t detract it from being one of the best RPG experiences you’ll find. The lovely cast of characters and goofy, yet shockingly serious story will have you enthralled for the 100+ hours it has to offer. The PC port itself is also well optimized; it doesn’t have all the bells and whistles most PC titles come with, but considering this is a remaster of a handheld port of a PS2 game, there’s more than even I would have expected. Persona 4 Golden is an absolute must for all JRPG fans and the PC version only highlights this further. Even if you owned it on PlayStation Vita, this is a tale well worth experiencing again at a higher resolution and 60fps.