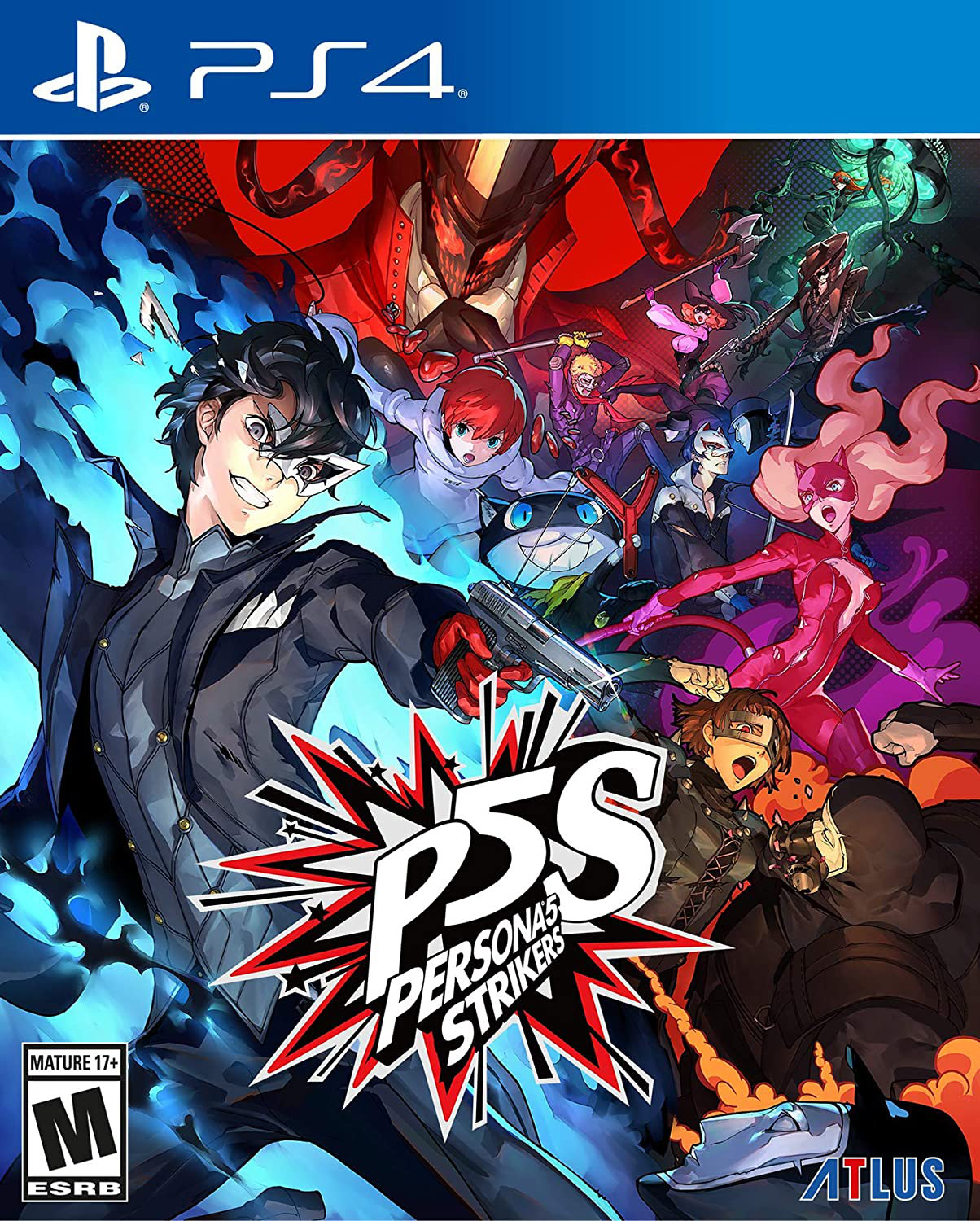 Even though Atlus has had plenty of fun in the past with its Persona spin-offs, it was still surprising to see the developer announce Persona 5 Strikers: a Dynasty Warriors-style action/brawler spin-off of Persona 5. It wasn’t that such an idea was completely out of left field of course; both the Phantom Thieves and the shadow-populated “metaverse” lend themselves well to the idea of stylishly fighting through hordes of enemies. Rather, it’s a clash of pace that made this idea surprising. Persona 5 is relatively slow-paced game in terms of both combat and storytelling.

Warriors games are typically anything but that, so it was doubtful that Persona 5’s best qualities would be able to shine through. This is fortunately, however, not the case. Persona 5 Strikers is indeed the Warriors-style take on Persona 5 that it’s advertised to be, with plenty of action and enemies flying every which way. That Warriors veneer is just that, though: a light coating. Persona 5 Strikers is much more Persona 5 than it is Warriors, and it benefits from that on every level.

The first thing Persona fans should know about Persona 5 Strikers is that it’s actually a proper sequel to Persona 5 and not just another spin-off like Persona 5: Dancing in Starlight. The story picks up about six months after the conclusion of Persona 5 and everything seems to be going well for Joker and the gang. All the former Phantom Thieves have spent the last several months living their lives like normal and now summer has come once again. With school out for the summer, the gang is set on getting back together again and going on a trip. Things aren’t going to be quite so simple, though. Someone is exploiting the Metaverse again somehow and it doesn’t take long for the Phantom Thieves to get pulled back in again. 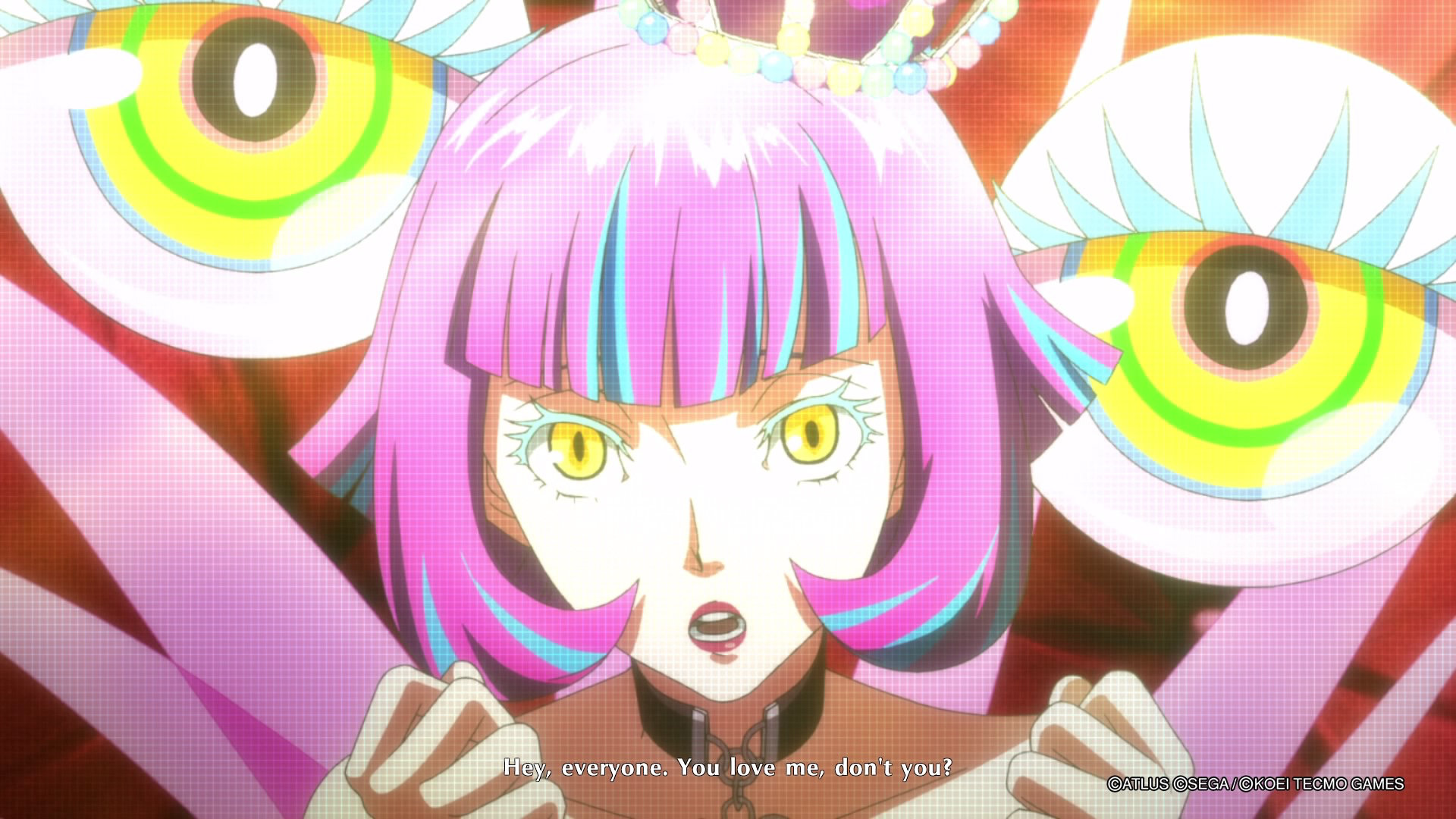 For those already familiar with Persona 5 or Persona 5 Royal, Persona 5 Strikers’ most notable difference will be its combat. The turn-based system of the original has been replaced with the real-time system seen in the likes of Hyrule Warriors. Instead of fighting a handful of enemies at a slow pace, players instead often have to confront large groups and deal with them quickly. For the weak, cannon-fodder shadows, it’s enough to chain together light and special attacks. In other words: mash X and triangle to take them out and look cool doing so. One can even take out the whole group with an “all-out attack” if one its members gets downed. Each character still has their gun as well, but guns are only useful against enemies with an actual weakness to them.

For strong enemies, players will need to use their personas to exploit weaknesses and knock them down. Once knocked-down, they’re open to “all-out” attacks just like all the normal shadows running around. The same holds true for mid-bosses and major bosses, but the process is more involved. In order to break the defenses of boss-level enemies, players will not only need to exploit their elemental weaknesses, but they’ll also need to pay careful attention to follow-up attack prompts.

When one of these pops-up on screen, players can quickly switch to another party member and get some bonus damage in. This also sometimes has an added effect of stunning the enemies. Upon fully destroying a boss enemy’s defenses, the party can launch a special “showtime” attack, which hits for even more damage than a normal “all-out” attack. Finally, each party member has a meter that continuously fills as they land hits and combos on enemies. Once it’s full, they can launch their own “showtime” attack whenever they want. These meters fill slowly though, so these special attacks are best saved for stronger enemies like mid and main bosses. 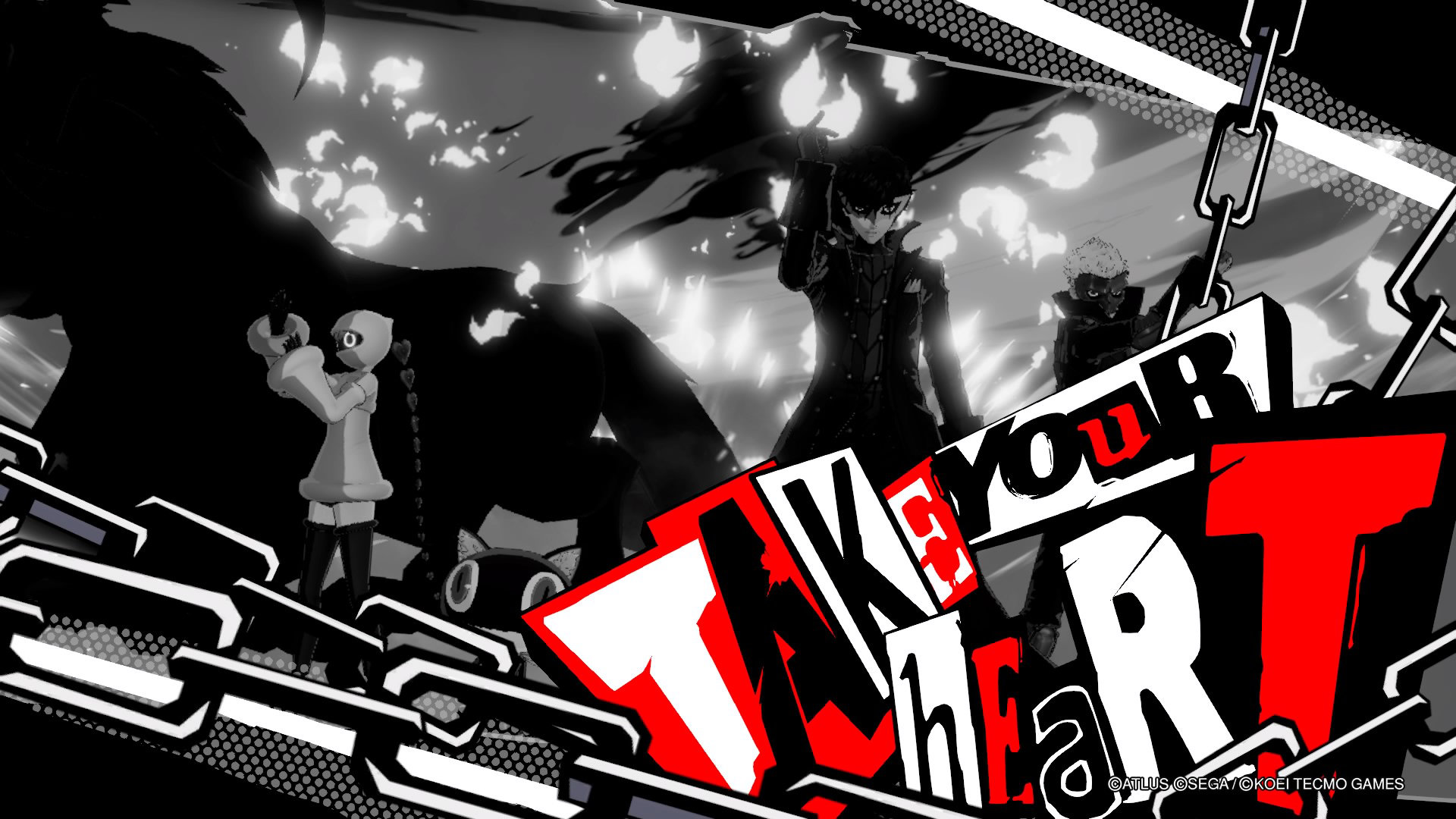 This system actually feels good for the most part, and does a great job of translating Persona 5’s RPG elements into a real-time framework. Once one gets into the flow of it and starts making use of all their available tools, Persona 5 Strikers’ combat becomes something special. Dodging away from enemies while launching special attacks; quickly-swapping to other party members and triggering environmental attacks, and chaining combos into “all-out” attacks are all easily done. One can even do several of these in quick succession and it feels excellent. There are just a couple of drawbacks, though: SP and encounter duration.

Just like in the original game, SP is limited at first. For their first couple of hours in Shibuya, players will only have enough SP to launch a handful of persona attacks before completely running out. SP restoration items are still rare too. Joker gains the ability to make them as early as the second dungeon (aka “Jail”), but can’t make good use of it until later. This limitation can put a damper on combat in the beginning, as players won’t get to let loose with everything they have most of the time. This is mitigated somewhat by the ability to enter and leave a “Jail” whenever one wants at least; all one has to do to refill their SP is leave and come back. Having to constantly do this gets annoying, so SP should be at the top of the upgrade list. 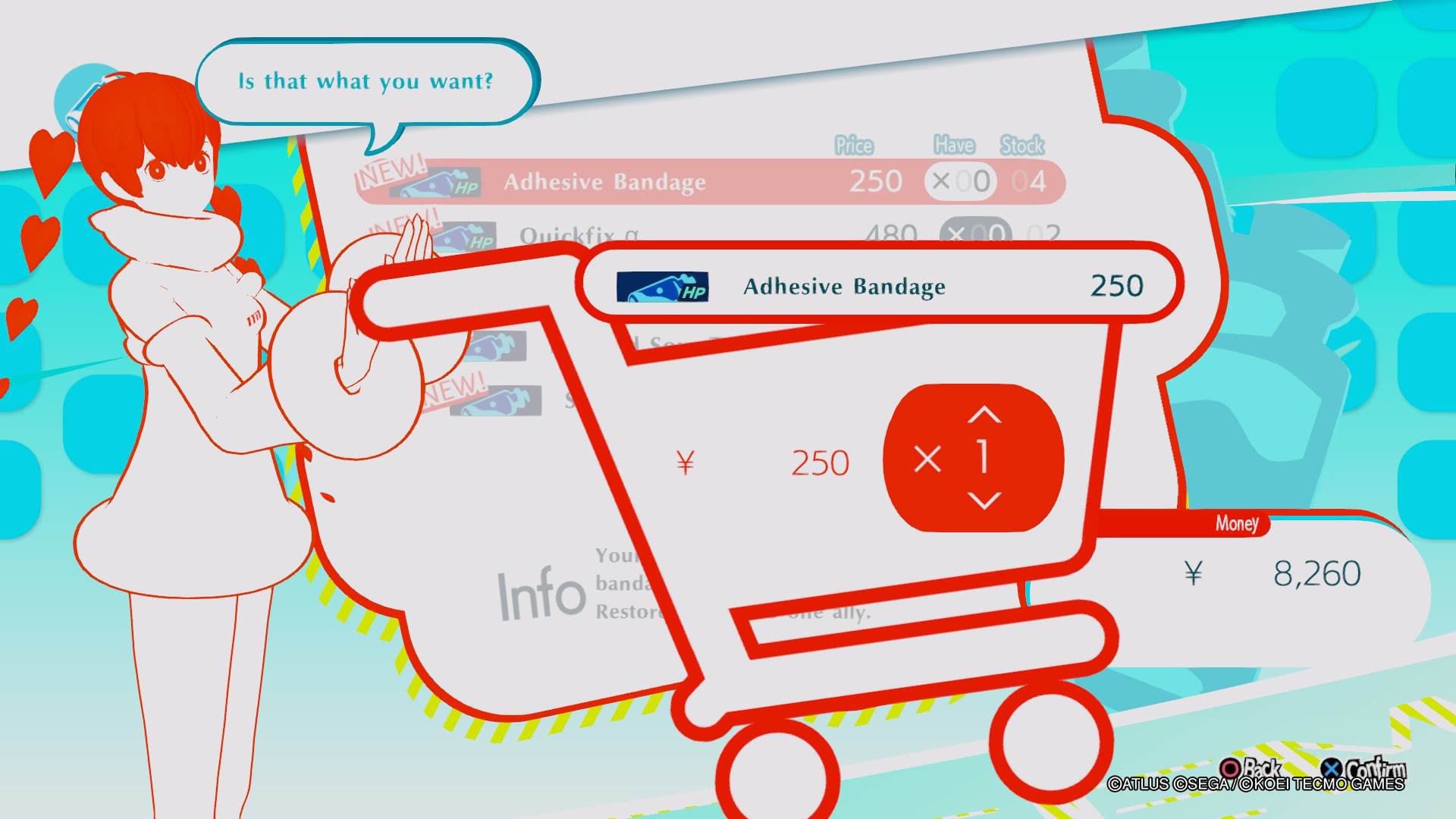 The other problem is that most fights are just plain too short. Most of the time, all one has to do is surprise a shadow, launch an “all-out attack” and clean up. This is great if exploration is the player’s first priority and would rather not waste time fighting. It also means combat doesn’t get to shine often, however, making it annoying to deal with outside of boss encounters. The SP problem largely goes away after a couple of “Jails,” but this one persists throughout.

It should also be mentioned that some of Persona 5’s RPG mechanics have been retained in Persona 5 Strikers. Characters gain experience and level up, as do their personas. Each Phantom Thief can still be equipped with weapons, armor and accessories, and Joker can still collect personas. Collecting personas is still necessary too, as they’re needed to exploit enemies’ elemental weaknesses. Speaking of personas, the Velvet Room also returns, albeit in a somewhat stripped-down form. Persona fusion is still here, as is the Compendium. Players can also spend points to directly level-up certain personas if they want. Unfortunately, this system is easy to forget about on the Normal and Easy difficulties. It’s still necessary, but one often won’t remember it until after losing to a boss a few times.

Outside of combat, Persona 5 Strikers more or less resembles a more open, streamlined version of Persona 5. The “Jails” are basically “Palaces,” but they’re more easily explored thanks to the less-risky combat. They’re worth exploring too, as there are plenty of treasures and items hidden throughout. One can even find powerful gear if they look carefully enough. The objective of exploring the “Jails” is the same as it ever was though: find a path to the world’s core and try to take it. Overall, exploring them is fun. Additionally, there’s still plenty of story to chew on and plenty of chances to talk with the other Phantom Thieves as well. There’s no “spending time” mechanic and no confidant systems this time around though, so while players are free to do as much as they want on a given day, there’s not all that much for them to actually do. In fact the only thing conversations influence is how quickly “BOND” points are earned and that’s only in the case of main story-related chats. 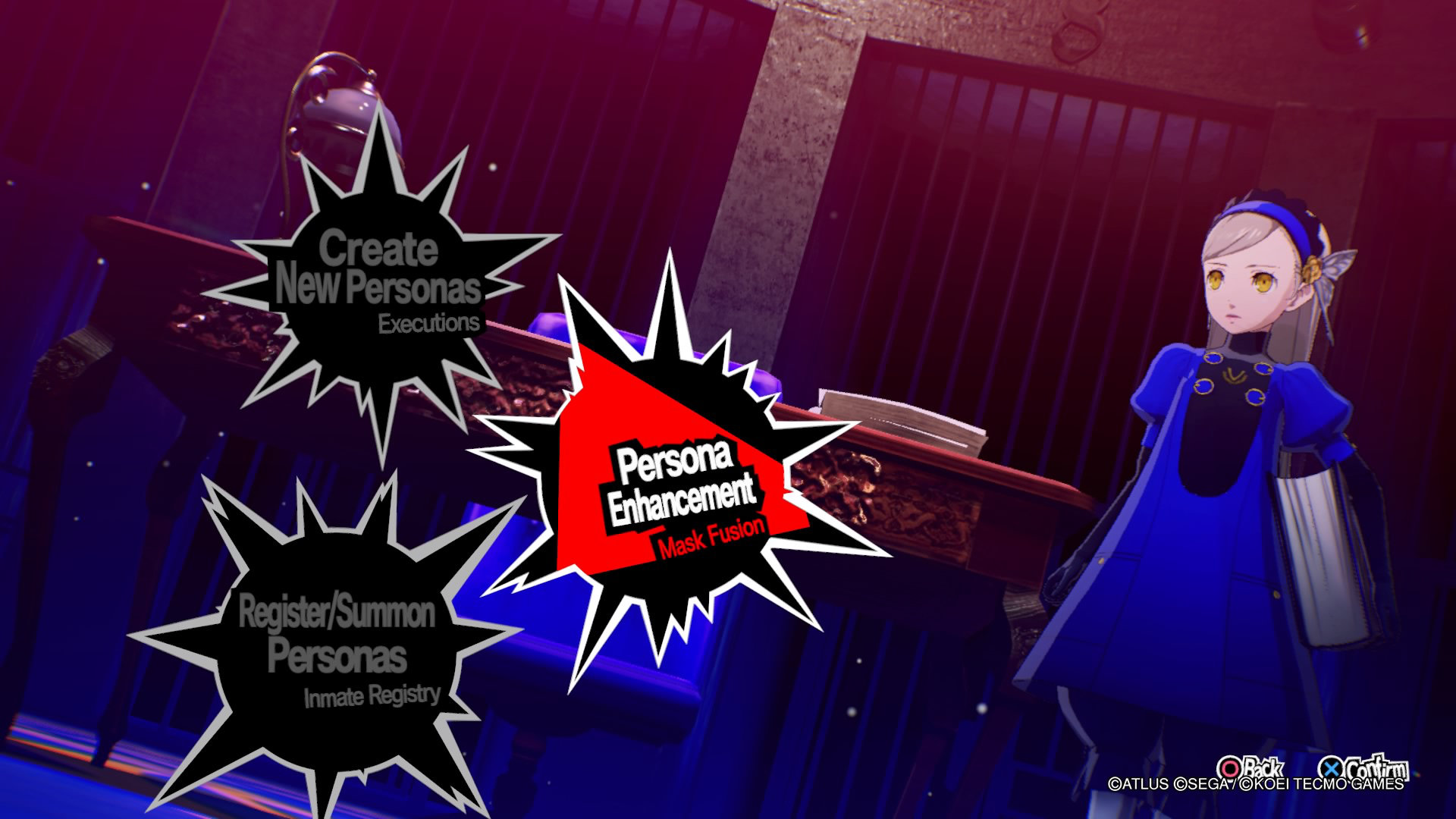 By the way, “BOND” is just a set of global skills that apply to the game as a whole. Unlocking and leveling these up grants bonuses like extra HP/SP to the whole party, reduced shop prices, more valuable items in treasure chests and so on. These are just as vital to keeping up with the difficulty curve as character levels are, so players will want to take care to say the right things and get the biggest BOND increases they can. Points are awarded either way of course, but saying the right things can translate into being better prepared for a tough boss fight. On the whole, “BOND” feels like a streamlined version of the Confidant system with more broadly-relevant bonuses. It’s not as much fun to engage with, but it works well enough.

As for overall presentation, Persona 5 Strikers knocks it out of the park just like all the other Persona 5 games. It uses the same excellent graphic style that still can’t help but impress. All its locations, both old and new, are pleasing to look at and explore. Beyond that, the remixed soundtrack is a blast to listen to, and the voice-over work is still decent overall. As an added bonus, Persona 5 Strikers has a performance mode, allowing it to run at around sixty FPS most of the time. As one might expect, the higher frame rate makes everything look and feel that much better. 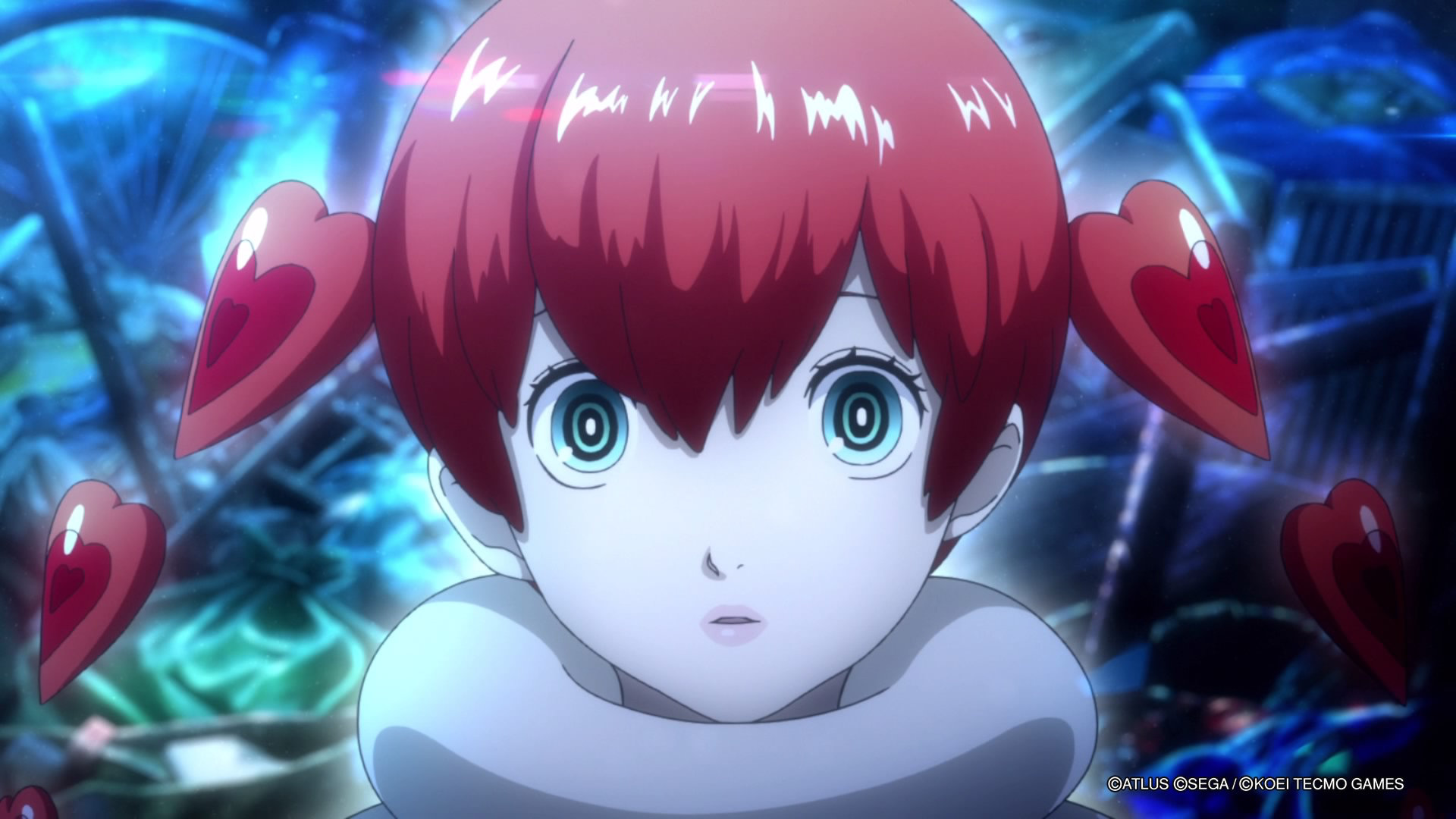 Surprising as it may be, Persona 5 Strikers is a solid follow-up to Persona 5. Atlus and Omega Force resisted the temptation to just make it yet another Dynasty Warriors clone, putting in actual effort instead. Its Warriors-style action combat integrates much of the quirks from Persona 5 and still manages to retain the fun factor too. Low SP and short fights hamper it somewhat, but it feels good nonetheless. Being free of time constraints is great too, but the freedom is somewhat undercut by a lack of activities. The new “BOND” skills are fun to earn too, but the process isn’t as interesting as the Confidants system was. Even so, the gang is still fun to hang around with, the new characters are interesting (especially Sophia) and the overall presentation is excellent. Persona 5 Strikers isn’t an out-and-out homerun, but it’s still something both Persona 5 fans and Warriors fans can have a great time playing.