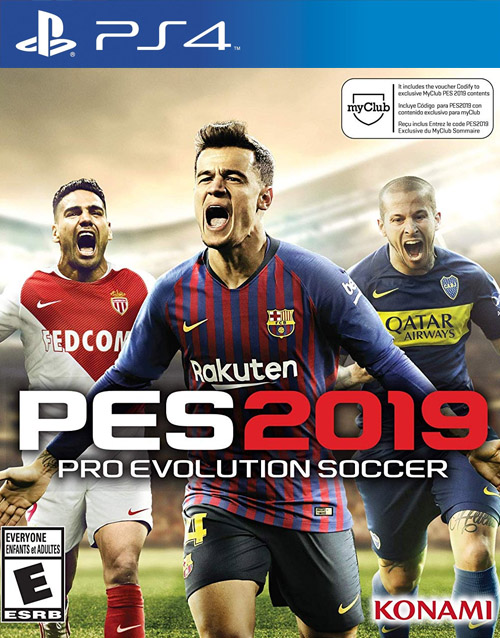 The Pro Evolution Soccer series dates many years back as the team has always released solid games to a broader audience. Konami implemented the Fox Engine a few years ago and the series has made strides in recreating a realistic football experience. With PES 2019, there are some noteworthy improvements to the visuals and game modes. Unfortunately, the team was not able to keep the Premier League license, but it hopes the other leagues and players it obtained can make up for it. The PES series is for a more hardcore football audience on a global scale and fans of the series should enjoy what PES 2019 has to offer.

Using the Fox Engine, Konami has been able to put it some wonderful animations and physics into the game. With PES 2019, the visuals get an even bigger boost with the inclusion of the Enlighten software. 4K HDR is now a part of PES and with the Enlighten software and the Global Illumination for the lighting, the series has never looked more realistic. Player models on the cutscenes are extremely life-like along with the crowds. From a long distance standpoint during gameplay, there are plenty off off-the-field details as the lighting stands out in bringing the field to life.

During the action, however, things feel slightly inconsistent. When an amazing animation is pulled off, it looks fluid and amazing. Things such as a quick backwards heel pass or a slide tackle that causes another player to go flying in the air or even just a hurdle all look great. When the game is in general motion is where things start to feel a little dated. At times, players will look like they are skating or sliding. Even at full sprint, there just seems to be something unnatural about the running. PES 2019 does feature visual fatigue and that can be noticed and felt towards the end of matches, but players just don’t seem to act like humans in how they move on the field. The crouching and running of the A.I. players just seems off. 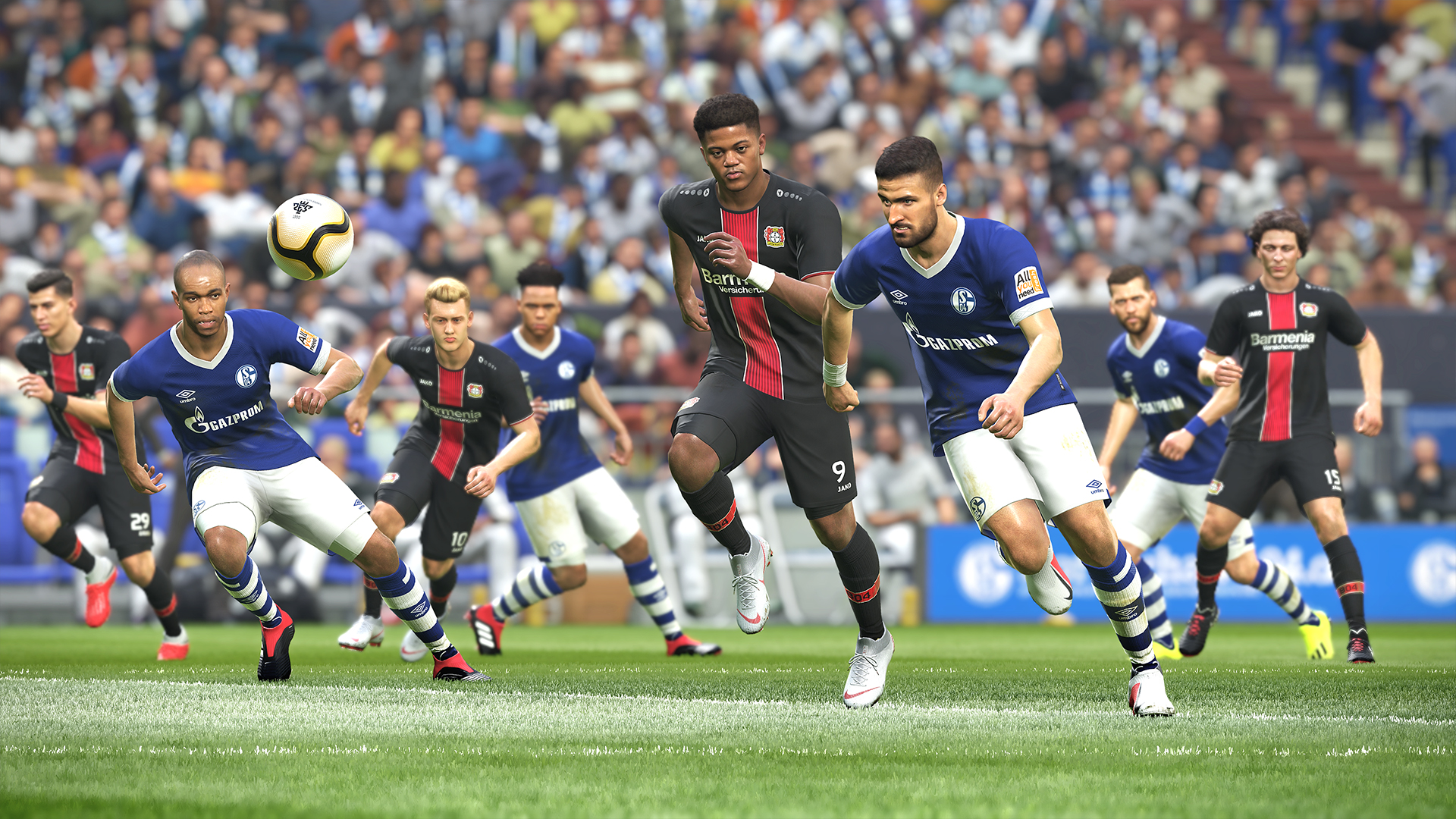 While PES 2019 can look jaw-droppingly beautiful at times, the presentation during a game is lacking. Besides the occasional score overlay, PES 2019 does not do a good job of properly replicating a television presentation. The announcers are solid enough, but seem to get drowned out by the crowd noise. Speaking of crowd noise, PES 2019 might feature the best dynamic crowds ever heard in a game. They respond loudly and promptly to any situation while mixing in chants. When you score a goal, the roar of the crowd is chilling. Experiencing the post goal celebration with cut scene and the crowd noise lends proper satisfaction for the goal you just scored.

While there are a good bit of gameplay options in PES 2019, the meat and potatoes surrounds myClub. This is basically the “Ultimate Team” of the series, but it works well for the game. PES 2019 features 400+ teams with over 10,000 players of varying skill level so there are a lot of choices for players. Agents are used to select players of different tiers and Scouts will locate other players. Players will have contracts for a certain number of games they can play while others can be leveled up to reach their highest skill rating. This also includes legendary players like David Beckham. Messi and Ronaldo also grace the game and are obtainable. Players can play the computer, do one-on-one matches or play 3-on-3 cooperative. Playing 3-on-3 cooperative will replace empty players with A.I. as it was difficult to find six people through matchmaking to play online. The online playing experience was smooth with no issues as well. 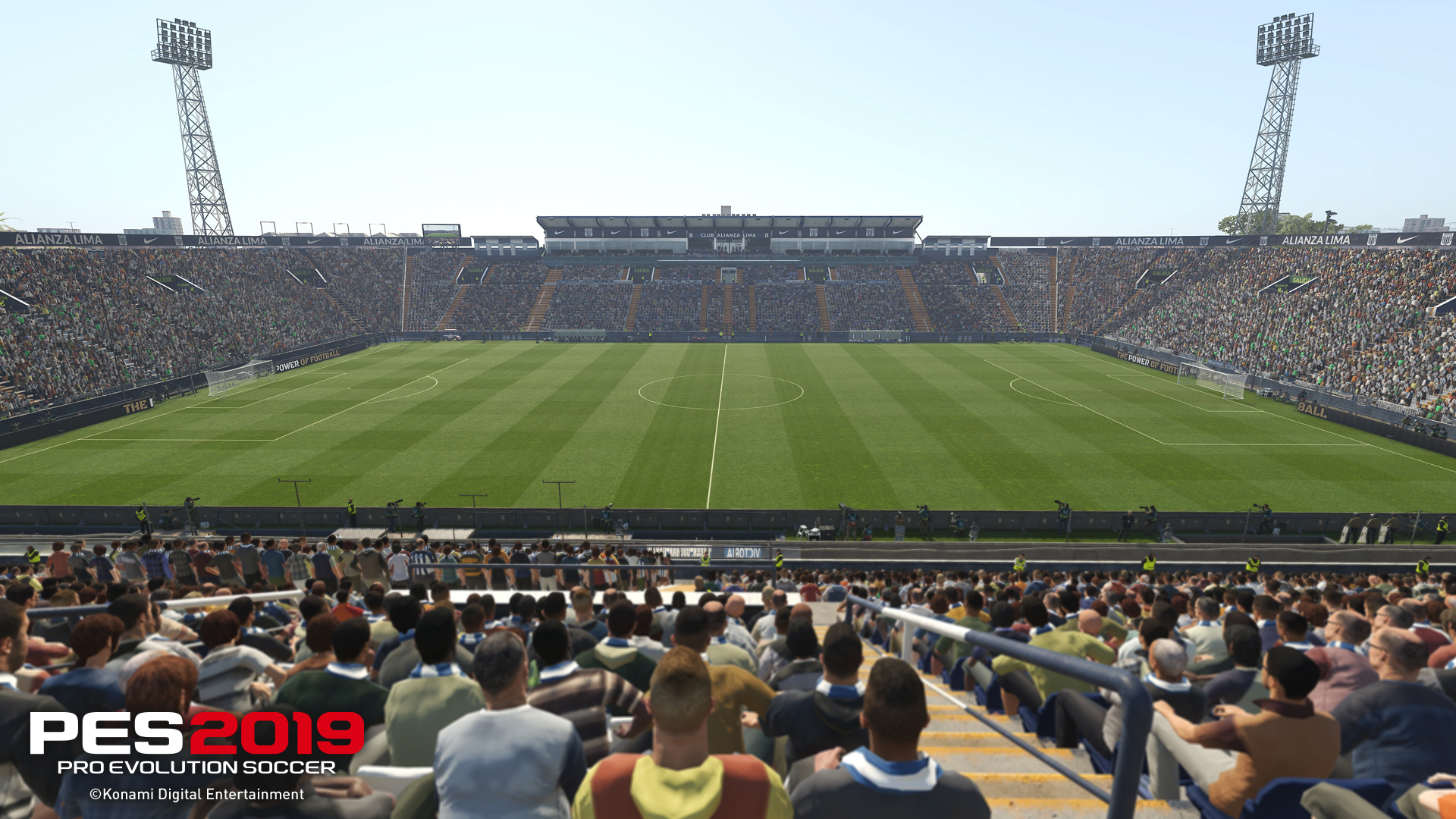 The focus of myClub is to continue to build your team’s Spirit rating. Adding and leveling up players will progress this rating, but it also takes into consideration what position players play and not necessarily just your best lineup. The team has to function well together. You will eventually hit a monetary wall in myClub as early on you can garner enough in-game currency, but if you want to consistently keep up the pace in that mode, you’ll have to shell out some dough.

PES 2019 also includes the Master League, which focuses on the International Champions League. This would be the closest mode to an offline franchise mode in the game. You pick your team and play through various matches all while managing your squad. Players can be loaned and traded away to help throughout the season. The mode features some cutscenes and news to keep you up-to-date in league you’re in. Rather it be managing the players or devising your gameplan, your entire squad can be managed as Konami has done a good job of properly implementing the management aspect. 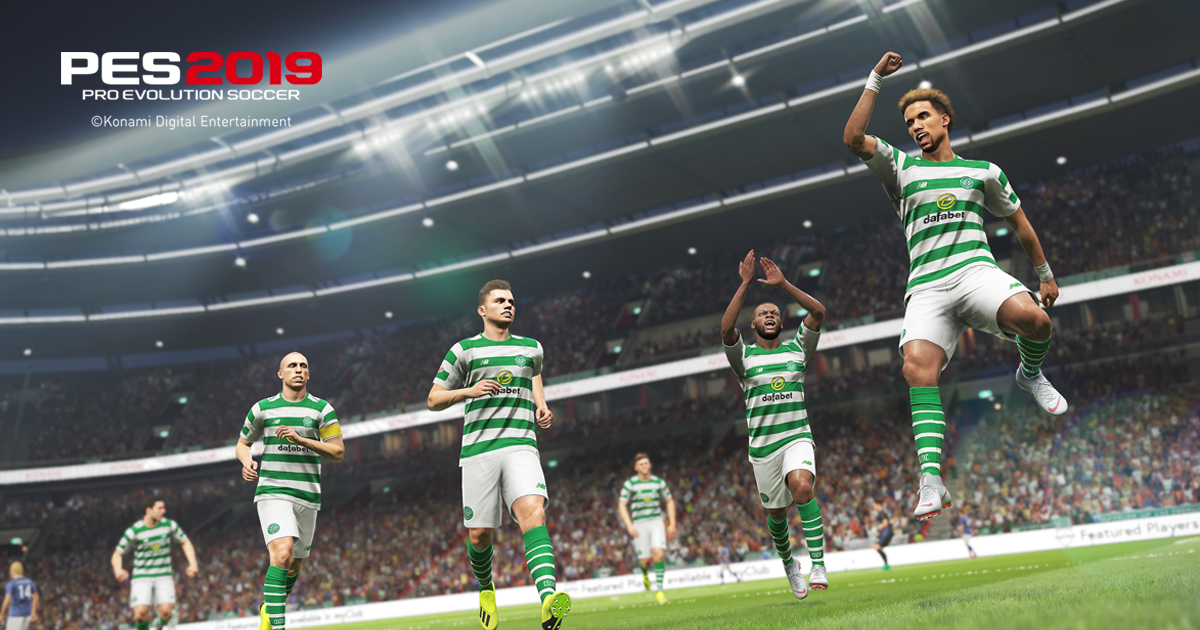 Konami will be able to appease the PES fanbase with PES 2019. The improvements to the visuals brings the game to life at times. With over 400 teams and 10,000 players, the hardcore football fan has a lot to marvel over. While losing the Premier League license hurts, Konami hopes adding some other major regional leagues will help. Lacking the licenses makes the game less appealing, but the player selection makes myClub a good mode to go with, even if it’s currency-based. PES 2019 still plays a very good game of football, but needs a bit of modernization.