What do you get when you mix a curious young boy and a box full of magic? A whole lot of trouble. Pid is about a young squirt by the name of Kurt who, after his space bus explodes, is hurled onto an unfamiliar planet full of blocky creatures who don’t take too kindly to strangers. By finding a special gem, Kurt is tasked with traversing the many puzzles that await him in order to obtain a way off this wild and wacky planet.

Pid is played on a two-dimensional plane, and because of this, mainly consists of getting from point A to point B on the map. With interloping paths and secrets to find, there’s a bit more to it than just that, but in general, this is very much a linear experience. Kurt has the ability to collect stars that are located across the many levels, spend them on the multiple items that scattered across the world, and store them in his trusty backpack. There are a times where Pid offers the player some freedom and choice in how to approach a situation, but most of the time it’s set in stone, having to kill or get past someone in a certain manner. 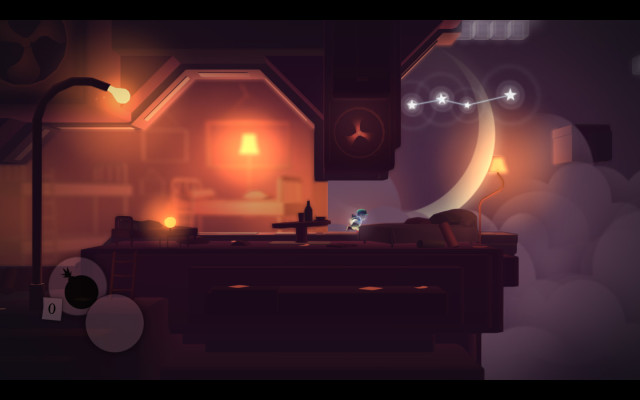 The problem with Pid is that the puzzle solving mechanics feel a little dull. Kurt has a beam of light that can be projected on most surfaces, and depending where he puts it, he can be lifted or pushed in a certain direction. It’s an interesting concept and creates some well thought-out puzzles, but those puzzles don’t stay fresh as long as they should. Having to excel yourself in the air and hop onto slightly elevated platform for the fiftieth time becomes repetitive and tiresome. It’s not necessarily a mechanically boring game as it does ramp up the difficulty and introduce new ways to traverse, but it doesn’t feel like it takes too many risks. It plays it close to the chest all the way through, never venturing out of what it’s already doing.

That said there is something rewarding to Pid past the wearisome puzzle mechanics: bosses. While like the rest of the game, it’s a repetitive task to fight an end-level boss, at least they will change up their actions and abilities to keep your mind working. It’s a trial and error process that when you get things down perfectly, there will be a great sense of accomplishment flowing through your body. Each boss is incredibly inspirational, too, as it ranges from a butler who just wants a spic and span dining hall, to a giant masked crook who shoots his colossal pistol at Kurt and plops out bombs from his bottom. It’s an incredibly creative game that puts Kurt up against creatures that are only imaginable in your wildest dreams. 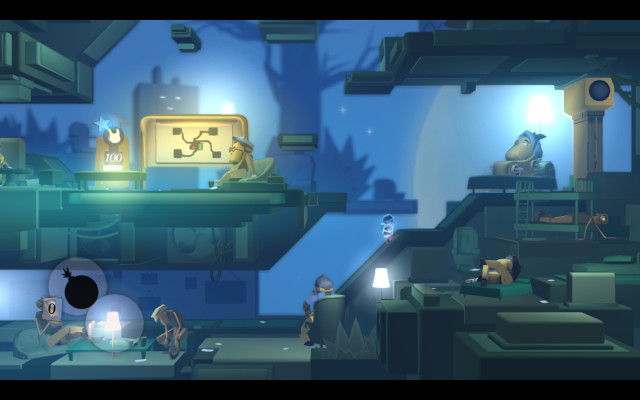 Since we’re on a roll with the high points, the best part of Pid is its visual aesthetics. While the game can look a bit bland at times, there’s a clean and vibrant art style that creates a sense of classical awe. It’s the world around the little boy that brings Pid to life, and the variety of scenery ensures that you’ll never be bored watching how things play out. Unfortunately, what works in visuals lacks in story as the few dialogue moments, mandatory or optional, lack explanation and motivation. I was never completely sure why I was fighting these enemies and had to hide from cameras; I just had to do it.

Having played the PC version of Pid, we are incredibly grateful that the developers allow for rebinding of keys. The default controls themselves aren’t devastatingly bad, but they’re borderline unbearable. Even after hours of trying to accept and adapt to the control scheme, I had to revert to a controller to complete the rest of the game. I don’t know what the developers were thinking when assigning the arrow keys to movement and bunching up all the actions keys in one central area while leaving the mouse completely untapped –- it felt like playing an old ’90s DOS game. 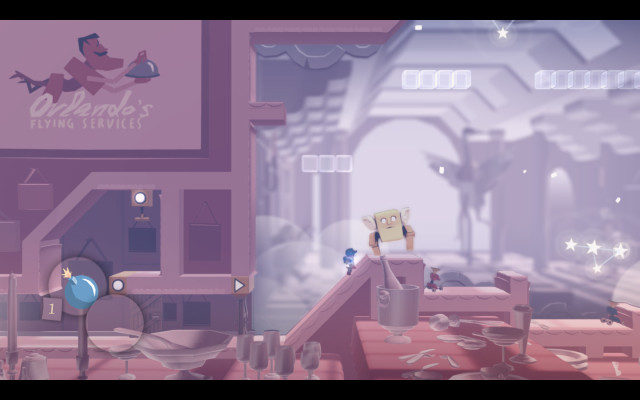 Pid is an interesting game with a lot of quirk, but it’s filled with some tiresome and unappealing puzzle solving elements and a poor control scheme. If you play the console version or have a gamepad, that can fix one of the problems, but when it requires slugging through drab puzzles, it’s an experience that wears thin. While it’s enjoyable at times and boasts some charm, it’s ultimately an unfulfilling puzzle platformer that tries to go outside its box with limited success.