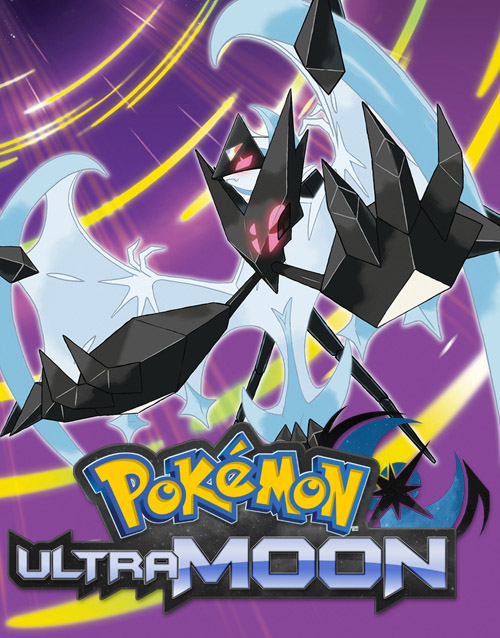 The Pokémon series of video games have always been big sellers. They come in twos, but a third or sequel is added after a bit. Pokémon Ultra Sun and Ultra Moon have now been made as part of the lineup, releasing only a year after the Sun and Moon versions which were great and a fresh, fun way to experience the latest generation. Can these Ultras enhance the experience and bring the game to a new level?

Sun and Moon open up in the Alola region, a tropical paradise filled with new Pokémon to encounter. There are thugs around town, strong trainers to battle and mysterious creatures threatening the land. Ultra Sun and Ultra Moon have a similar set-up. Slight changes have been made to the sequence, but you’re essentially playing the same game as last year. Instead of choosing a starter Pokémon from Iki Town, trainers get to pick after an ambush by a wild Yungoos. That’s not a big deal but it sets a precedent that little differences will be noticeable. It offers players a lot more to look forward to as they experience this journey. Small features also include interacting and playing with Pokémon in the overworld. Side quests, which are usually absent from Pokémon titles, give players more to enjoy around the region along with multiple responsibilities. If this is one’s first time playing a Pokémon title, it’s a good pick. It has the best graphics of any entry and the most enhancements or features. Have fun with Pokémon by dressing them up for photoshoots or take on some challenges at the Battle Agency. Fans have different goals from one another and there is a little something here for everyone to enjoy. Explore Alola to encounter fresh and familiar faces while taking in the sights and sounds of all the Pokémon you encounter. Rookies and veterans alike will find plenty to keep them occupied.

Those are all fun, but it’s not the main reason these games have been released. That comes in the form of added plot lines for the story. Ultra Beasts played a huge role in Sun and Moon, however, it has sort of upped the ante when it comes to Ultra. Odd visitors, seemingly from a different time and place, have revealed a Pokémon that drains light from the world. Necrozma did not serve a purpose in the previous games, but is now the main focus. It will be up to trainers to uncover all the mysteries surrounding this awakened threat. Overall, the story is more focused and enjoyable versus the previous game. Even though many of the vital moments throughout are the same in both, Ultra just gives it something more to look forward to. The inclusion of the little wormhole mini-game is confusing at first and switching to circle pad controls isn’t explained. But that portion is even overly unnecessary since it only transports you to the final battle. At least it’s used to find Legendary Pokémon after all is said and done. I still feels more complete and compact when comparing the two titles, though. 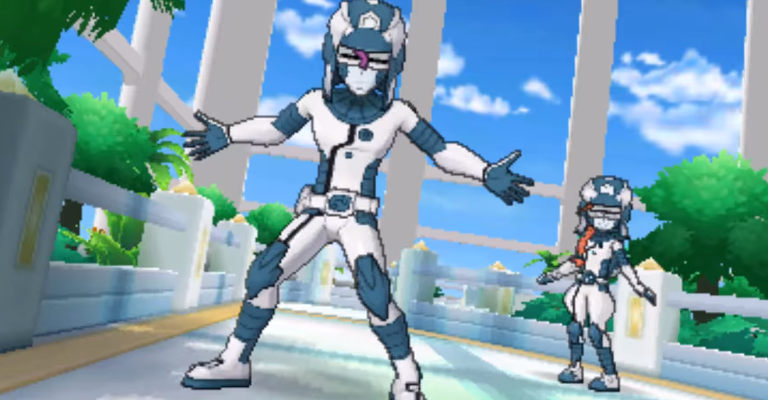 There are a few areas which are welcomed by trainers. I felt the challenge and difficulty was upped. Pokémon games have been holding player’s hands for a while, but not this time. Perhaps it was the Pokémon I chose to have as a party that failed me but I’ve made it through some tough spots in previous titles. I found myself needing to tap into the diversity of partners and go looking for something that will give me a type advantage. My earliest memory of doing so was restarting Pokémon Red when I was ten years old because choosing Charmander to face Brock is the worst idea. Ever since then, I’ve never had a need to switch up team members. After the main storyline is over comes a fun addition of facing some of the series’ greatest villains. While it still panders to the nostalgic side, it’s just one of those things you didn’t know you wanted. They’ve assembled an all-star cast of bad guys to run through. It’s not like they’ve just been dropped in there with no explanation; there’s a little story involved and even interaction among the members. Though it will prove to be challenging, many longtime fans are going to welcome both the difficulty and idea.

Of course, the main draw of Pokémon is the creatures themselves. There are over 800 Pokémon in existence, but Sun and Moon were criticized for including little to their region as well as Pokédex. The inclusion of Alolan forms helped a little but it was all severely lacking. The addition of new Pokémon was teased leading up to the release of Ultra Sun and Ultra Moon. A couple new Ultra Beasts are cool, a different form for Lycanroc is nice, but that was all we got. The Pokédex expanded as well to include more Pokémon from previous generation. Everything seemed old and repetitive, like a “we’ve already had those on teams before” kind of feeling. 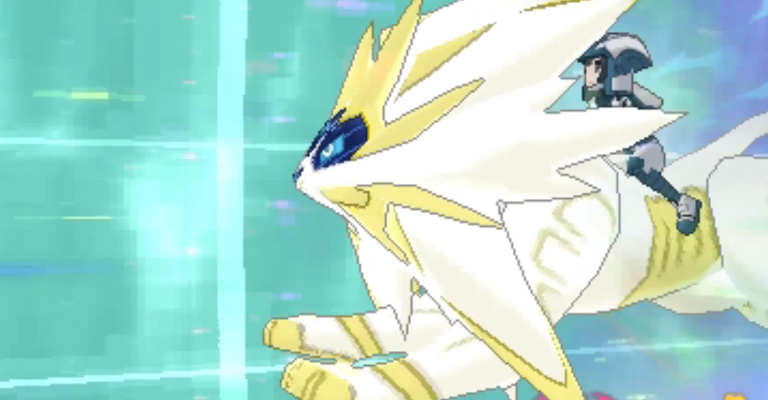 There’s a couple of fun new features implemented in Pokémon Ultra Sun and Ultra Moon, and it’s the definitive edition for newcomers, but overall there’s not enough to make it worth playing through again for veterans. During the entire build-up to release, it seemed like we were getting a sequel of sorts with in-depth content, but what we actually got was a re-telling of what we’ve already been through. Perhaps I didn’t pay enough attention to the promotional materials, but I was under the impression this was going to be more than a simple remake. Regardless of how I personally feel, however, Ultra Sun and Ultra Moon are the ultimate versions of the games and a whole lot of fun. This being the final 3DS title in the series, as far as we know, is a fine send off. Hopefully, everything is amplified to extreme levels once Pokémon makes the leap to the Switch.