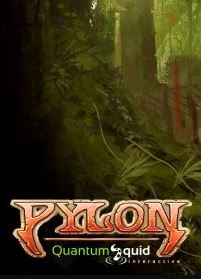 Time is an omnipresent force of nature that carries all manner changes with it, whether these be changes that happen in the world at large or simply confined to our own internal perception of it. This can be a good or bad thing, as things we have once found interest in gradually turn dull and boring and while other things that we may have paid no attention to suddenly seem appealing. Pylon Rogue is sadly an example of the former category. After having spent a short amount of time playing this it quickly became one of the upcoming titles that seemed worth getting excited about but after spending a more substantial amount of time with it the shine of a new take on the Diablo format started to dim.

That is not to say Pylon Rogue is a terrible game, it just simply fails to really excel in any area. Pylon Rogue is an isometric action RPG aka Diablo clone but tweaked a little bit. Games of this ilk tend to have epic, drawn out stories and exist in a world filled with rich lore with complex inventory systems and skill trees. Pylon Rogue attempts to meld the loot hunting style of Diablo and its gameplay but simplify it to pick up and play casual accessibility. The concept is great, but the execution takes a few missteps.

There are four characters to choose from, though one of them has to be unlocked before having access to her and there are some interesting choices here. Looticus Maximus is a Moneydin, basically a paladin if they had the same world view as Scrooge McDuck. This character can fight with a sword, axe or dual shields and can inflict the Midas touch on himself for temporary invincibility or turn his foes into gold for increased wealth upon their defeat. He is the class recommended for beginners. Rokk is a stone golem, and if you were to assume this is a tank character you would be correct. Slow and powerful, his initial attacks are rock based but fire and ice elemental attacks can be unlocked. Ms. Underhood is an archer, quick and nimble she can acrobatically roll out of harms way while attack from a distance. Unfortunately she lacks a good aiming mechanic so a good strategy for her is stay out of reach and charge bow shots so they shoot multiple arrows at once to increase hit rate. The unlockable character is Killyana, an assassin. She is a glass cannon who fights with daggers and katana, but the way damage is dealt in this game glass might be more resilient than her. 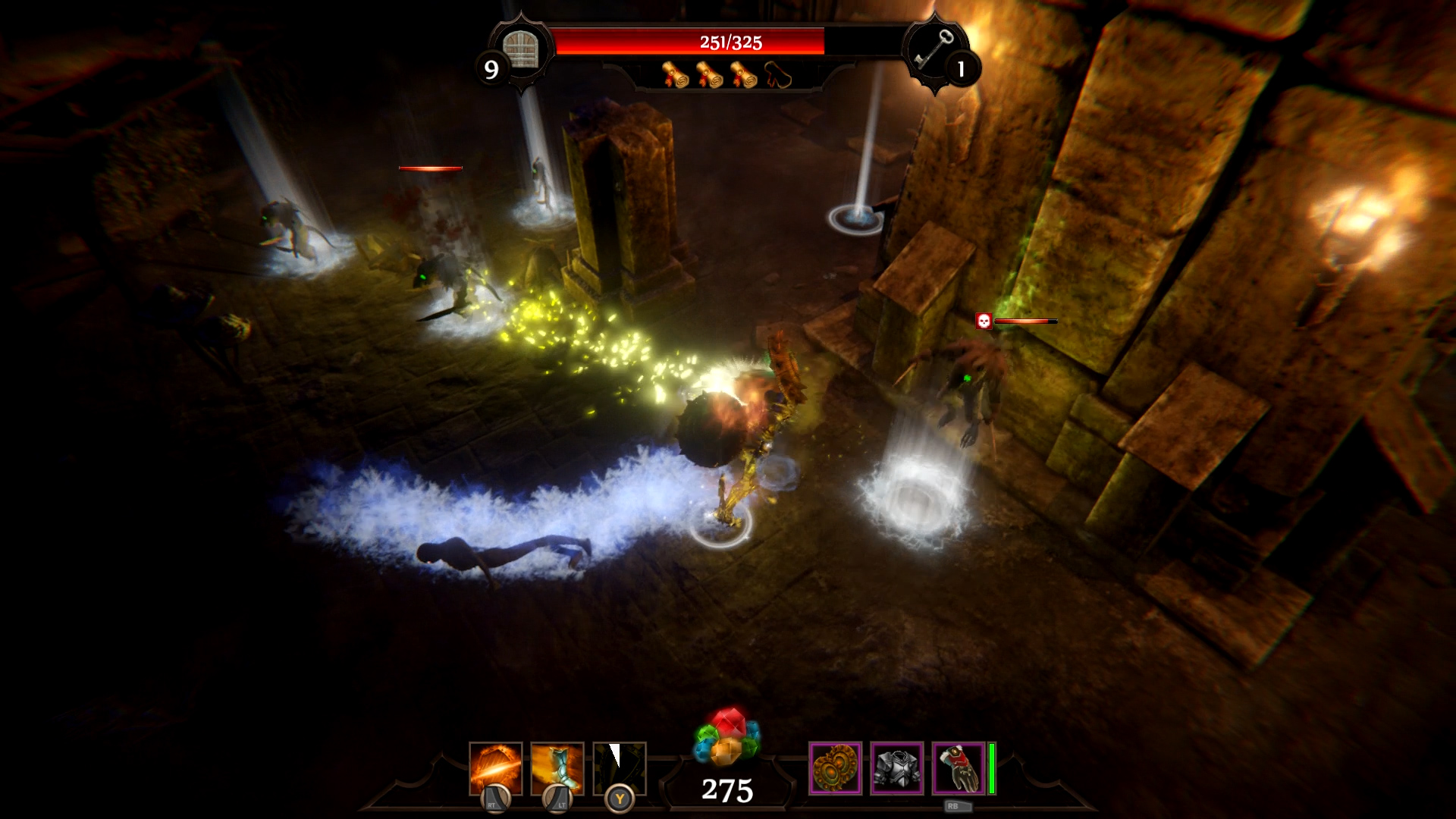 The gameplay is pretty simple. The player begins in an overworld map in a similar manner to Super Mario Bros. 3. The player moves to a different map marker and enters into the isometric fray. Each area on the map has a certain number of rooms that need to be cleared, and upon clearing the room the doors to other rooms unlock and a treasure box appears. One of the randomly chosen rooms will open the portal out of the area, and it will be up to the player to choose to continue through the map and clear it to unlock the big treasure chest or escape to go to the shop to replenish health, scrolls and possibly upgrade equipment. Clearing enough areas will unlock a map marker where a boss fight can occur.

Characters have basic attacks, a dodge or defensive move, and a special attack, all of which change depending on what type of weapon the character has equipped. Basic attacks can be charged by holding down the attack button which naturally delivers a more powerful attack at the expense of speed. Special attacks can be things such as a rain of arrows or a shield that ricochets from enemy to enemy. These attacks cost a scroll to use, which can be purchased at the shop or randomly (and rarely) be dropped from a treasure box or item. Improved weapons, armor or other trinkets that increase stats or grant special abilities can be found or purchased but with few exceptions the increase in power doesn’t seem very significant. 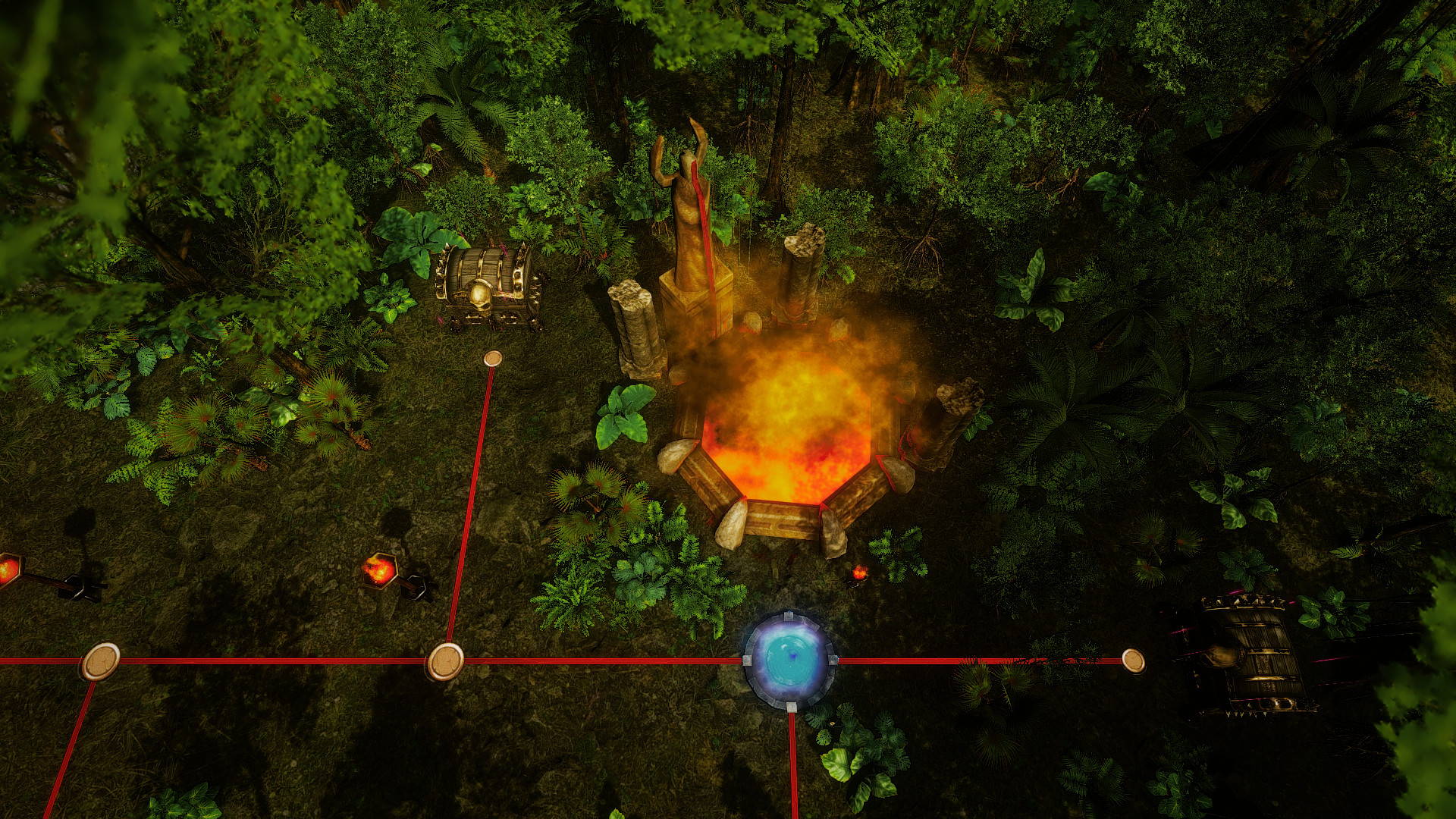 Pylon Rogue‘s downfall primarily comes from trying to succeed in contradictory arenas, namely being highly accessible and roguelike. There is no grand story exposition, you simply start on a map and go to a place you want to try to clear. The enemy waves are unforgiving and chances are the player will die quite a bit early on unless they try to cheese the game by doing an attack dodge run sequence that results in spending about five minutes killing a single enemy in a room that should be cleared in two minutes. Death in an area allows the player to keep gained equipment but lose all money, making purchasing the much needed equipment upgrades very difficult. Finding health and scrolls is possible but these are very rare and the lack of health potions give the characters a high mortality rate. Should the player clear an area, unless they are playing as the Moneydin most of their money will go toward replenishing health and scrolls. The pick up and play accessibility is here but the high difficulty seems better suited to players who are in for the long haul, and adding the roguelike component seems like a way to artificially extend the game’s life by making actual progress difficult to attain.

Looting is a hallmark of these type of games but this feature is significantly toned down. Players do not have access to a convoluted inventory system but instead hold down a button to swap out items dropped in field or purchased to equip them. One weapon, one armor, one equipped accessory and a few various items and charms sitting in the inventory. The procedurally generated layout helps keep each game a unique experience but while the character designs showcase some unique ideas the starting area varies from jungle to a desert and are filled wtih rather generic trope enemies like giant bugs, walking corpse and what appear to be giant velociraptors. We get that Pylon Rogue is going for simplicity and accessibility but dumbing down the inventory and character customization in a very difficult roguelike doesn’t exactly come together very well. 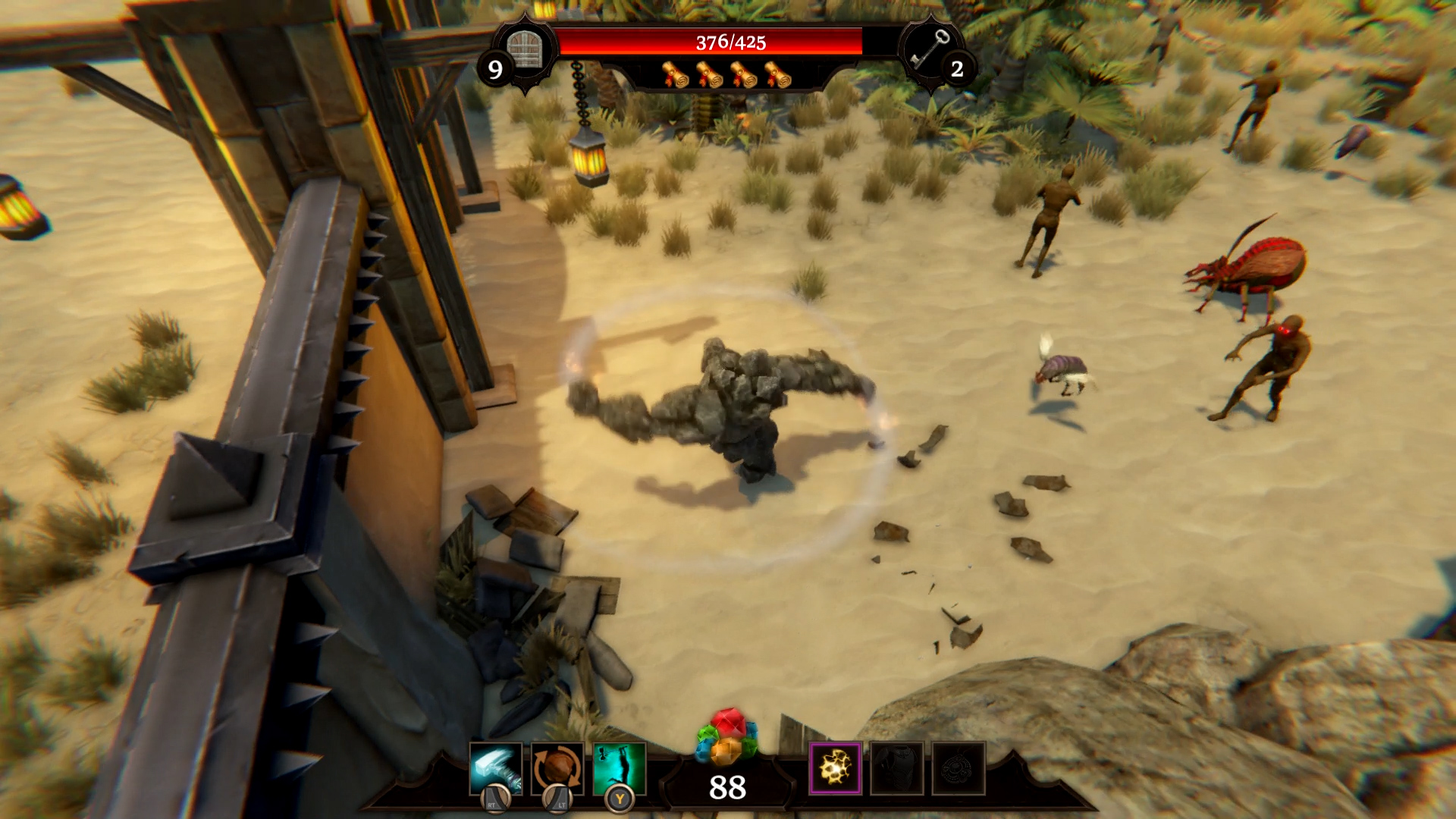 Pylon Rogue attempts to combine several good ideas in a way that just doesn’t quite succeed on the level they hoped. There’s a lot of potential, and there is some positive user feedback on its Steam page so there is an audience here, but I think most would agree a simplified Diabloesque game combining pick up and play accessibility and unforgiving roguelike difficulty doesn’t succeed in either regard. While this would only be recommended for a die hard roguelike fan, the roguelike mechanic seems to be the biggest impedance to progressing through the game and feels like it was implemented to increase challenge and length. Designed to play in short sessions, Pylon Rogue attempts to straddle the line between catering to casual or hardcore gamers and doesn’t quite deliver to either. Challenging games can be enjoyable, just look at Dark Souls, Nioh or any number of NES classics, but in Pylon Rogue there is no sense of progress being made to make the challenge rewarding and the shallow, accessible design doesn’t generate enough interest to continue trying.