If you play a lot of games with your family or friends via local co-op, then you’re likely aware of the challenge of keeping all the controllers charged up. There’s nothing worse than getting ready to game on the couch only to find that someone’s controller is dead. There are a variety of solutions to this issue, but the easiest is often picking up a charging dock. Fosmon recently released their Quad Pro 2 Xbox Controller Charging Station. As the name states, it works with Xbox — in particular the Xbox Series X and Series S controllers.

Fosmon previously released a charging station for the Xbox One, PS4 and most recently PS5 prior to their Xbox Series iteration. The “Quad” in Quad Pro stands for the fact that it has capacity for charging up to four battery packs at a time. The Xbox Series controller by default takes two double A batteries which is both pricey over time and not particularly environmentally friendly. Included with the charging station are four rechargeable battery packs. These slide snugly onto the Xbox Series controller once the two batteries have been removed from it. 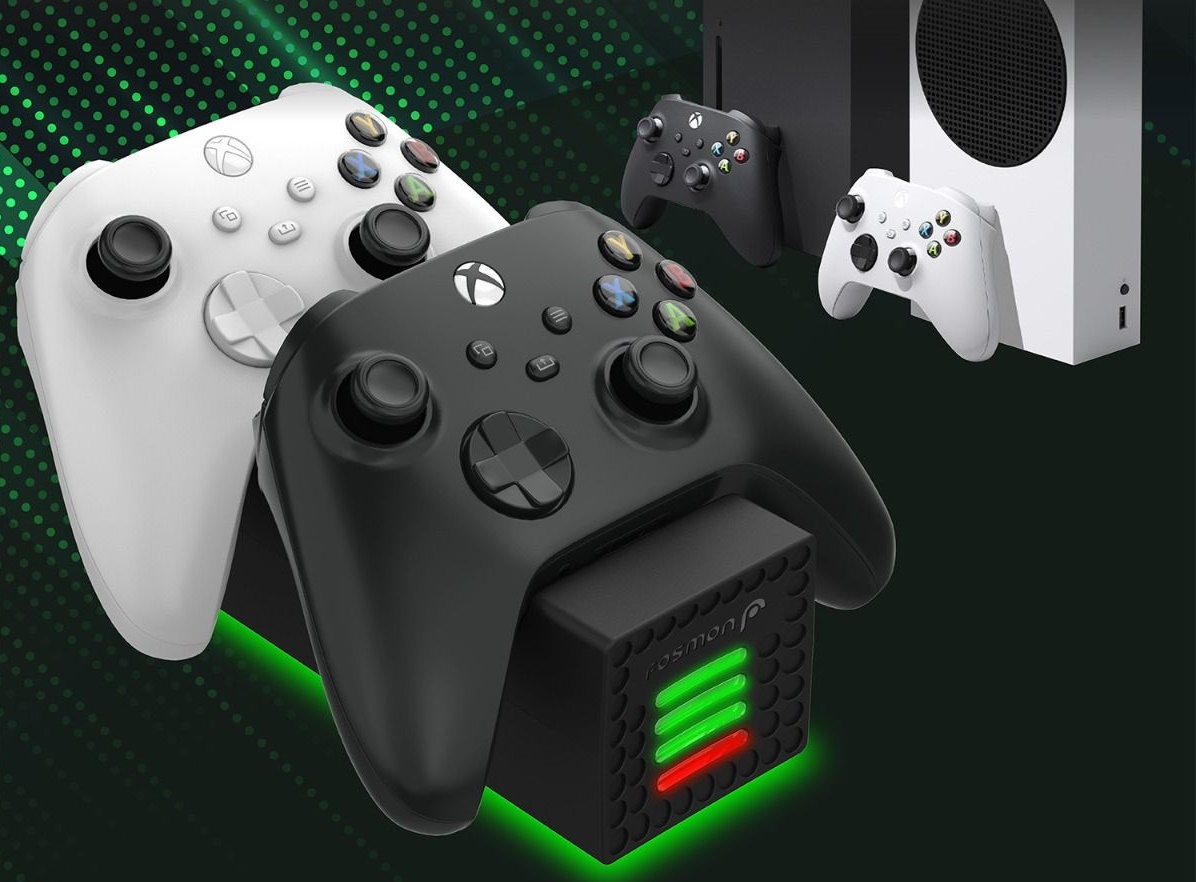 The battery packs come in either black or white, which matches the two main colorways of the controller. Each battery pack features a SGS certified 1000mAh NiMH battery. According to Fosmon, a fully-charged pack lasts up to thirty hours of playtime and has an overall lifespan of 1000 charges. So far, the battery pack has stood up to weeks of play. That means each of these packs should stand up to a tremendous amount of Xbox Series gaming over time. Of course, the battery packs themselves are only half of the Quad Pro 2 Xbox Controller Charging Station package. There’s also the charging station itself! 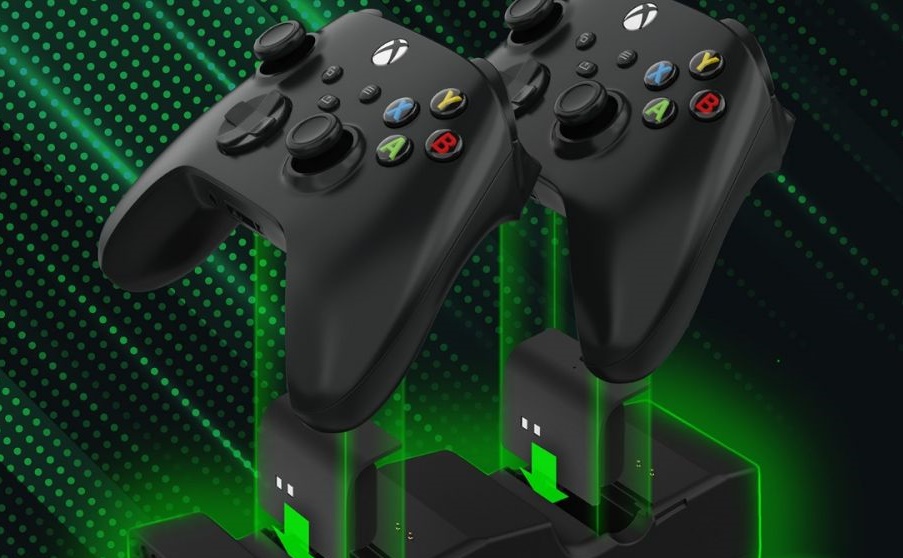 Both slots and controller spots can be occupied all at the same time. Or you can just use one to three of them as needed. The device is designed with four LED indicators on the front. Each indicator corresponds to a charging spot on the station. So, for example, if only one battery pack is inserted, then only one LED lights up. The LED displays red when something is charging, and changes to green once it’s charged up. It’s easy to understand for gamers of any age. Once fully charged, the battery charger also stops attempting to charge the specific battery pack. This means it won’t hurt anything if you leave a controller connected overnight on accident.

Fosmon’s Quad Pro 2 Xbox Controller Charging Station comes with a USB Type-C to USB Type-A cord for power. The station itself takes the Type-C end. At just around 46 inches long, depending on your setup you may need to use your own cord or add in a Type-A wall outlet converter. But for most, the included cord is likely sufficient. For example, one setup solution would be to simply plug it into the Xbox Series X or S USB port since it’ll likely be near the console anyway. 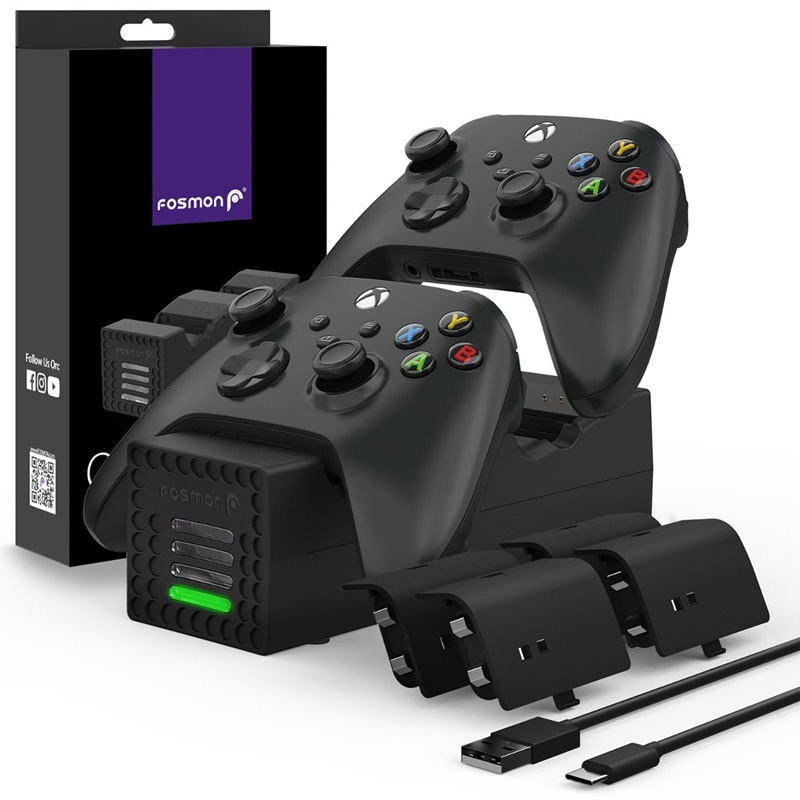 A controller charging station is a must have in this age of wireless controllers. It makes keeping controllers charged up much less of a chore and as such is a worthwhile investment. The Quad Pro 2 Charging Station retails for $54.99 in both black and white colorations. If you don’t need four charging spots, most other charging dock options on the market also only charge two devices, but if you’re a power user who needs four slots to charge controllers, then the Fosmon Quad Pro 2 Xbox Controller Charging Station is the way to go.