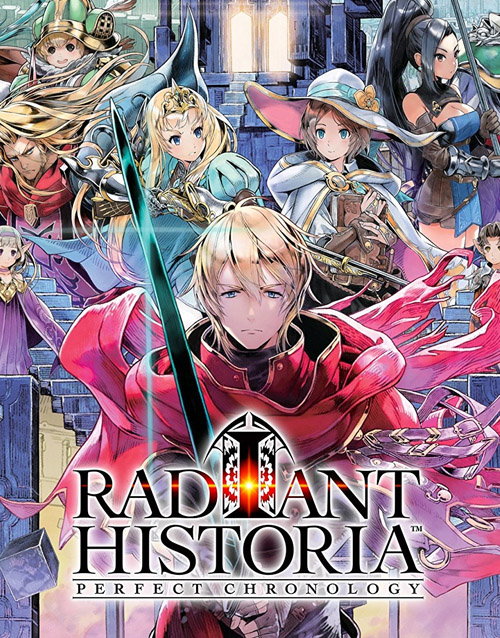 If there’s one thing that’s become less common in recent years, it’s the traditional RPG. Turn-based combat has been overshadowed by more real-time action series, so when a title like Radiant Historia comes along and manages to make it work in a unique way, it gets some attention. Originally released seven years ago, Radiant Historia made its mark by building upon the basics of turn based combat and turning it into a grand new idea. Perfect Chronology is a return to this original concept that holds true to what made it stand out.

In the midst of a war, a young man by the name of Stocke is being sent on a mission to find an spy with information on the rival kingdom. His superior gives him an odd book called the White Chronicle and tells him that he is to go with two newly hired hands to fight along side. After meeting the two companions, Stocke is suddenly given a vision of them being slain after battle, which he finds odd but continues along thinking nothing more of it. Things go awry after finding the spy and suddenly the vision Stocke has seen becomes true. Having witnessed his comrades fall in battle and being cornered, Stocke tries to survive by jumping from a bridge, but ends up transported to a strange alternate realm called Historia. Two mysterious figures are there waiting for him and inform him that he alone has the power to control the White Chronicle and go back in time in order to alter the fate of the very world from its destruction. Although hesitant to believe them, Stocke is indeed able to go back and save his allies with his newfound information and decides to continue down this path to save the planet.

The main mechanic in Radiant Historia is traveling backwards and forwards through events that Stocke experiences. Towards the beginning there is a split in this timeline, determined by a decision Stocke makes. This creates the standard and alternate history timelines, which Stocke will freely travel between. In order to progress the story, he must jump between these two timelines and change events or find certain items unavailable in one to find the true history. Stocke will frequently have to make decisions throughout his journey that often end badly for the world or cast of characters. Traveling through time plays more than just an important role in progressing the story, as many side quests along the way will only be completed upon reaching further points in the story while traveling back and fourth. It’s also a great way to allow players to go back and train on lower-leveled enemies should they find themselves against a tough enemy or wanting to challenge a boss they’d fought previously again. 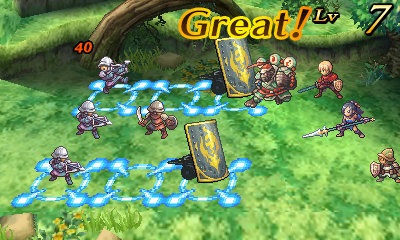 Combat is the other great twist on this RPG, as the layout is unique for a turn-based title. Enemies are spread out on a 3 by 3 grid, where they are able to move around on their turn. The closer enemies are, the more damage they will deal. Many characters are able to push or pull enemies to move them away and that’s the start of building combos. Displayed on the bottom screen is the turns between both enemies and allies. Allies who attack the same enemy one after the other will build up the combo number and each subsequent hit from an ally will deal more damage than the last. As only three characters are fighting at once, normal combo chances will be three hits in a row, but players are able to change positions in order to build these up. Characters can switch turns with one another or even enemies to work towards pulling off larger combos. These are the main way to dish out big numbers and the strategic nature of this system is required in order to beat many challenging foes.

The cast of characters are fun and unique, each coming with their own strengths and abilities. Every character receives a mix of physical and magic attacks or buffs which makes putting together different parties fun. Early on Stocke will mostly be with the same two party members who stay with him through most of the story, but others that join along the way add even more unique ways to approach combat. Each character is also expanded upon in a good amount of detail, so each one truly feels important to the story as it progresses. Even many of the side characters are a great part of progressing, and although they may not appear in most of the story, they’ll almost always have their own side quest of some kind that will teach Stocke even more about them. 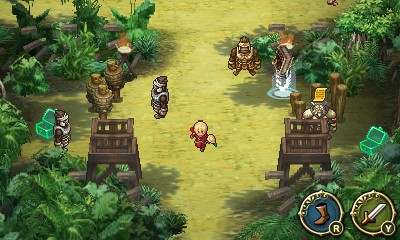 As Perfect Chronology is a remake, it brings along a few new things along with it. The original artwork for characters has been completely redone to feature more detailed models during cutscenes and major characters have all received voice work while minor ones have a handful of voice lines. While there’s no Japanese language option, the English dub is well done with a great cast that fits every character. The opening also adds a brand new animated cutscene and various story moments will be presented with CG artwork that makes for great moments. Combat has seen an upgraded user interface that portrays information much clearer, and characters not fighting in battle have been given support moves to help during fights. Of course the largest change is the addition of the new perfect mode, which adds new story branches for Stocke to explore. For those who would rather experience the original story, they can first play Append mode and then experience the new story in new game+.

Visually, Perfect Chronology is similar to the original DS release. It has received a little more polish with clearer 3D backgrounds and some of the pixel character models have seen some slight changes, but it remains great to look at while being easy to see everything that’s going on. The soundtrack is well done, fitting each scenario and leaving an impact on the player in each moment. It’s lacking the support of 3D on the 3DS, which may or may not be important to some, but would have been a nice addition although perhaps an odd one given the mix of 3D environments and sprite character models. Normal enemies are perhaps the only disappointing aspect while exploring, as most are simply reused models with slight alterations with a small pool of enemy types in most areas. 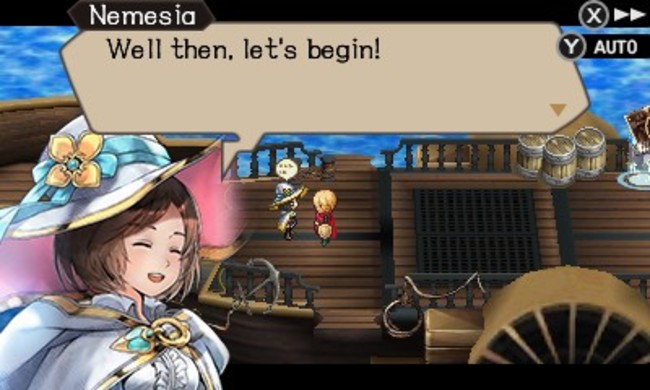 When it comes to turn-based RPGs, Radiant Historia manages to hit all the right points that makes it a well-rounded title. A simple-to-learn yet complex battle system, a memorable cast of characters and a fun time-traveling mechanic to make it easy to do things at one’s own pace. The remake pulls out a lot of great ideas to make everything smoother to play through, while keeping together what made it so great to begin with. Radiant Historia: Perfect Chronology is a brilliant title that calls back to the classics while being able to stand alone with its own endearing twists and making it a memorable entry that every RPG lover should try.