Razer has been creating high-quality headsets for many years, but the Barracuda X may be their best offering yet when it comes to combining high-quality audio and value. This over-the-ear gaming headset offers up something that few others can in its price range: spatial audio and a well-crafted detatchable microphone alongside exceptional comfort. It also offers up both wireless and wired options, with a T-shaped USB Type-C dongle that allows it to work nicely on PCs, Android devices and modern gaming consoles — even those that don’t have USB-C ports thanks to the USB Type-A extender in the package. The increase in versatility for the headset is nice – especially since the included cable is long and tangle-resistant.

Using a cloth design for the earcups can be hit or miss, as prior headsets we’ve tried out like the Astro A20 generally feel good after longer sessions, but nothing feels as comfortable as the Barracuda X. It uses a soft material that feels natural on the head and doesn’t cause any irritation. The ear cups are also large enough that they’re comfortable without being bulky. The overall look of the headset is nice as well, which can be a rarity for Razer. Their usual black and neon green design has been toned-down greatly to an all-black design that makes them look great just as headphones — and the subdued color scheme works in their favor.

With the mic detached, one can just use these as regular wired headsets if they want to listen to music on a phone and the overall look is good. The earcups are oval and not a giant circle that can wind up being needlessly bulky, and the construction of the headset is a mix of durable and light. The ear cushions and head cushion portions are thick and the plastic used feels durable. Using cloth instead of a leather-esque ear cup works well and during extended play sessions, the Barracuda X held up nicely across a wide variety of genres. The review unit included Immerse Hive software — which is a nice way to have them offer up spatial audio at a low price point and has its own pros and cons to deal with.

The biggest pro is that if you’re using these for primarily PC playback, you can wind up getting a ton of use out of the software thanks to gaming services like Game Pass Ultimate offering up a blend of both PC and console games to benefit from the software. There are three pre-sets for spatial audio that can be adjusted, but work nicely on their own with Immerse, Close Combat and Awaken. Immerse offers a greater mix of environmental sounds blended in with enemies — making it great for FPS experiences like Titanfall that feature a lot of things going on when it comes to not only being able to tell where enemies are at with the radar, but narrow that down using audio while also having things like allies chatting.

Close combat is used for greater emphasis on things directly around the player — and using this in racing games like GRID’s modern-day incarnation showed off how much care went into the sound design there. The same held true for Shift 2 Unleashed, which is far from a top-tier sim racer in some ways, but always had remarkable sound design with its mix of subdued in-game music and violent crash effects that truly shine with a headset like this that’s designed to bring out the impact of crashes. As expected, Burnout Paradise Remastered also works wonderfully with this headset and things like road rage events are easier since there is no in-game radar for foes like an FPS, but with spatial audio, you can tell where rivals are at with how much louder their tires and engine sounds are compared to everyday drivers on the road.

Awaken is a nice mix of everything and is a great option to get a better feel for the in-game world. In trying this out with Shenmue III, it showed off how much care was put into the sound mixing to ensure that players could hear not only their own footsteps — but also get a sense for the world itself with other people walking around or ever-present shopkeeps calling people over. Those who want a more in-depth audio profile can submit a photo of their ears to get something more tailored or just tinker with the pre-sets to find what works best for them in a given game. I was impressed to see just how versatile the software was and when combined with Game Pass Ultimate game streaming, it made it a breeze to go from a racing game to a fast-paced FPS like Destiny 2 in a snap. The more games you have to try out with the spatial audio, the better, because each kind of game can benefit from each sound profile in a different way.

While Close Combat may be designed for racing games, I loved testing it out with first person shooters to get a better idea of the impact of melee attacks. It’s also good for fighting games, as Tekken 7 violent hand-to-hand combat felt even more impactful. Immerse mode was also fun with the original Shenmue and its larger-scale battles towards the end as it was easier to tell where enemies were at than with other audio profiles. The versatility of the software on PC is impressive, but the headset holds up nicely even without it on consoles. Spatial audio is still present to some degree, making a Destiny 2 multiplayer game easier since you can still get a rough idea of where enemies are at. It’s an impressive feat and something that ensures that any user will get their money’s worth out of the headset. 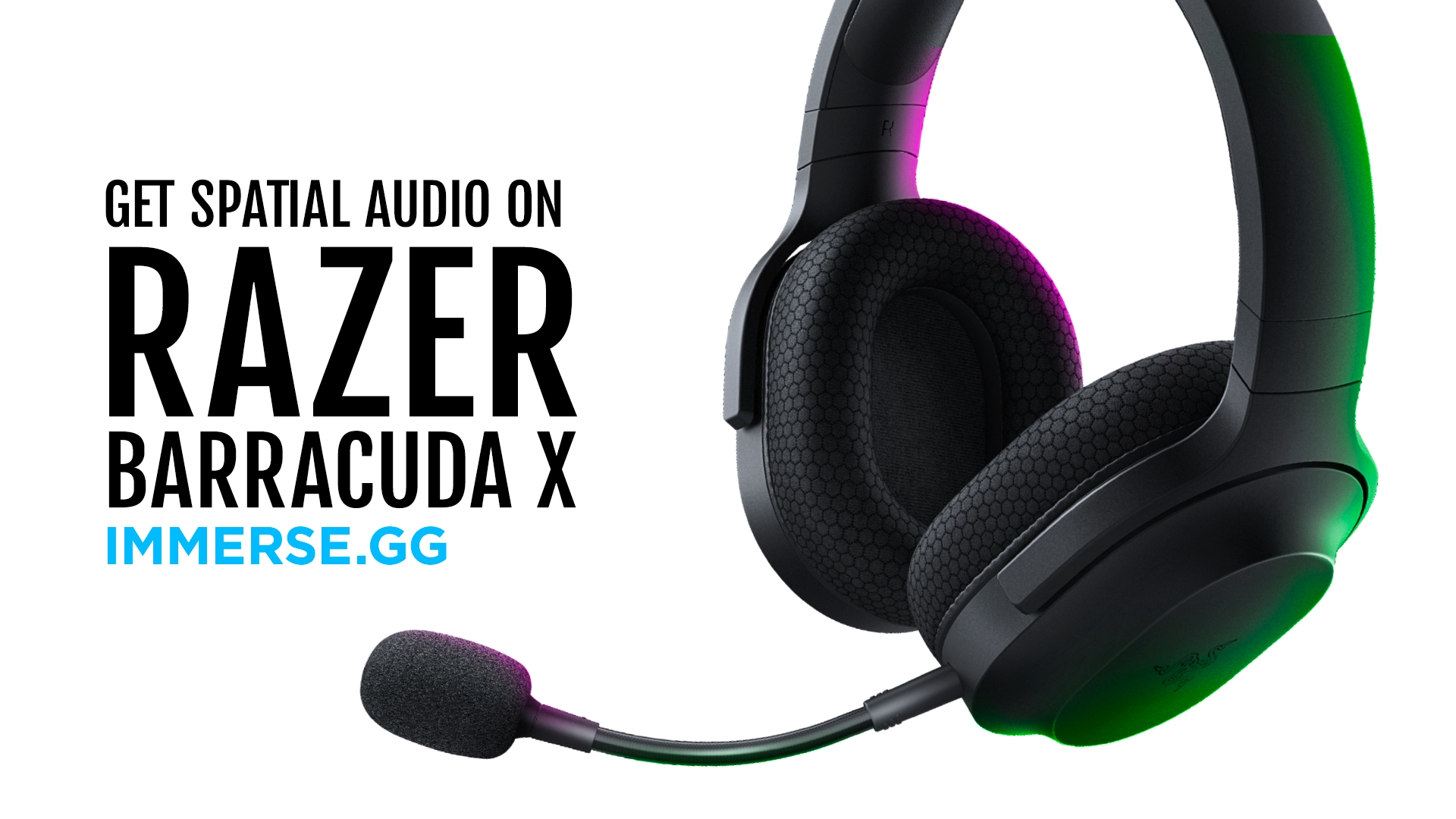 Overall, the Razer Barracuda X headset is a fantastic option for anyone seeking a single headset for both wired and wireless play. The comfort is outstanding and better than other headsets that cost more and are less-comfortable. The ability to pair it up with the Immerse app is fantastic for PC users — especially those with the ability to play a wide variety of games either through their local library or with services like Game Pass Ultimate, as the variety of pre-set options help tailor the audio experience for certain genres. Razer has knocked it out of the park with the Barracuda X and delivered something that works well for any genre at an affordable price point.