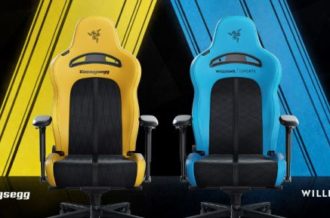 Razer has officially brought back a popular keyboard from a few years ago that has seen a complete overhaul with a focus on being the ultimate low profile keyboard on the market. The DeathStalker V2 is now available with some other options coming later on, but the launch version that was provided for this review was the DeathStalker V2 Pro as the wired V2 and the V2 Tenkeyless will come later in August. The V2 Pro also includes Razer’s new linear low profile optical mechanical switches with the clicky switches coming to the the full-sized keyboards by the end of the year. As for the DeathStalker V2 Pro, this full-sized HyperSpeed Wireless keyboard offers technology that even supersedes the Huntsman-line for gaming use.

Low profile keyboards have been on the rise in recent years even though there has been a stint of 60% keyboards added to the market. Low profile keyboards allow for good portability with a slim design that reduces the actuation of key presses. This, in itself, provides a major boost for competitive games that take advantage of low latency. While the DeathStalker V2 may not have the high polling rate of the latest Huntsman keyboard, the keypresses are minimal coming in at 1.2mm for the actuation point and 2.8mm for full travel with 45 grams of force. This means the slightest bump to the key can set this off and I had this happen a few times with the space bar in usage. Each key strike is short, direct and responsive. These new switches feature the same technology as Razer’s other top keyboards including the infrared lighting to measure actuation and zero-debounce delay.

The linear switches offer a quiet response in accordance to audio feedback. The audio feedback is even less so than the most recent Huntsman and lacks the cushiony feel on a full press. Each key is spaced just enough in accordance to the minimal height. There’s no curvature in the design of the DeathStalker V2 Pro as it remains straight and solid across the board. Rather than going with the Doubleshot PBT keycaps that the company has in recent releases, Razer has elected to go with laser-etched keycaps that feature an ultra-durable coating. After extensive research and with the goal in mind to provide long hours of work and gaming for the DeathStalker V2, this decision seemed to match this goal. Rather than having the roughness for grip of the Doubleshot PBT, these keys are smooth and comfortable. In regards to issue with potential ‘shine’ after long term use, Razer has addressed this with its formula used to coat the keys. 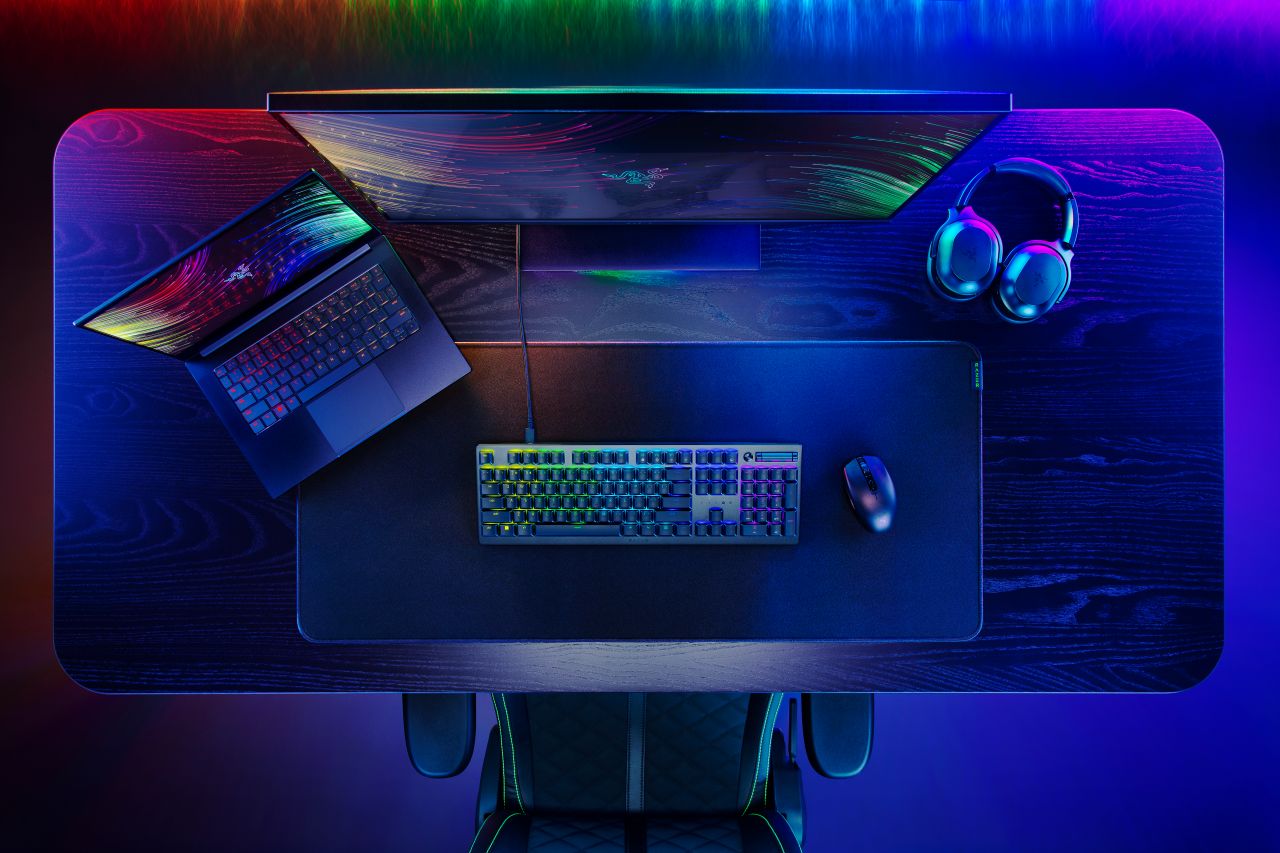 The keycaps sit flat on top of the exposed switches underneath. This allows for the RGB lighting to wonderfully shine underneath. The laser-etching on each key is extremely clean and not overly bright. The new aircraft-grade aluminum alloy added to the casing allows for premium durability to go along with the 70 million clicks of each switch. The lighting subtly reflects off the aluminum casing and brings a mellow and chill glow that brings such a brilliant aesthetic to the look. Razer has also added the volume roller along with a media button.

While the standard DeathStalker V2 will be wired, the V2 Pro and V2 Tenkeyless versions will be wireless featuring Razer’s HyperSpeed Wireless technology. Razer still touts that it is 25% than other wireless technology, and there has never really been any issues with this wireless technology. Gamers who might want a higher and more direct polling rate may want to look at the Huntsman, but there were no issues wirelessly playing the game. Razer has included the HyperSpeed multi-device support that can support more than one compatible device using the same dongle. The keyboard also offers Bluetooth 5.0 support and Razer has included three buttons on the top edge to easily switch back and forth between three devices. This is an excellent streamline if you are going with multiple devices such as a console, tablet, TV, etc. 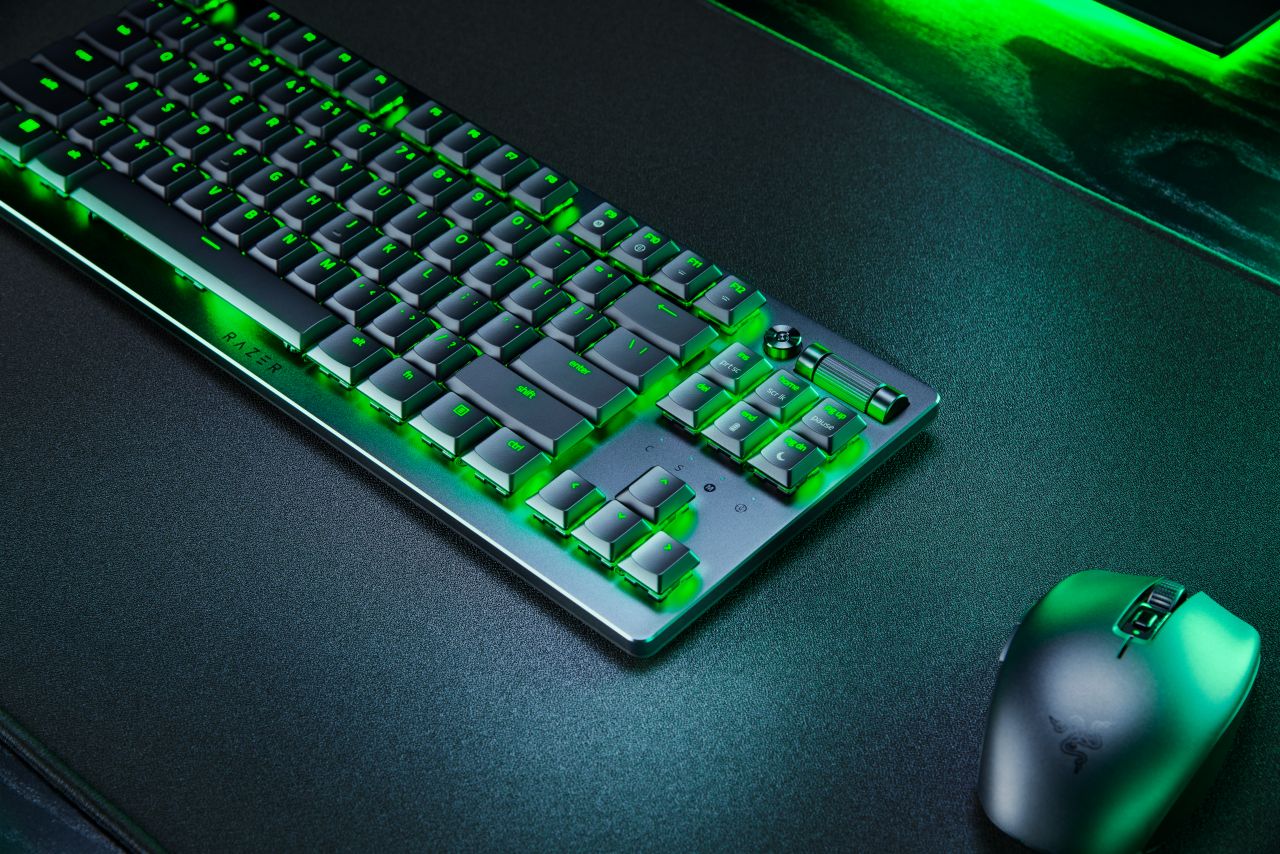 With the wireless and RGB options, one will begin to wonder about the battery life. There are ways to adjust some of the lighting options through Razer Synapse, but the battery life seems to be excellent in testing. Out of the box, the DeathStalker V2 was about half-full on battery life. With using RGB options and the lighting designed to shut off after ten minutes, the battery literally lasted a week. Razer tested with Spectrum Cycling at 50% brightness to achieve 40 hours. If you’re not a fan of RGB, then the battery life will near triple. Razer has included a quick method to check battery life directly on the keyboard by hitting Function and End, which is a nice touch.

The Razer DeathStalker V2 Pro shines while playing Call of Duty: Black Ops Cold War. This game requires low input to get an advantage whether it be moving or shooting. Minimal input was needed to move as the keyboard helps to make maneuvering feel quicker. Games like Apex Legends and any of the Doom titles will benefit from the redefined experience of this keyboard. Razer also included on-the-fly macro recording, N-key roll over and a Gaming Mode option. 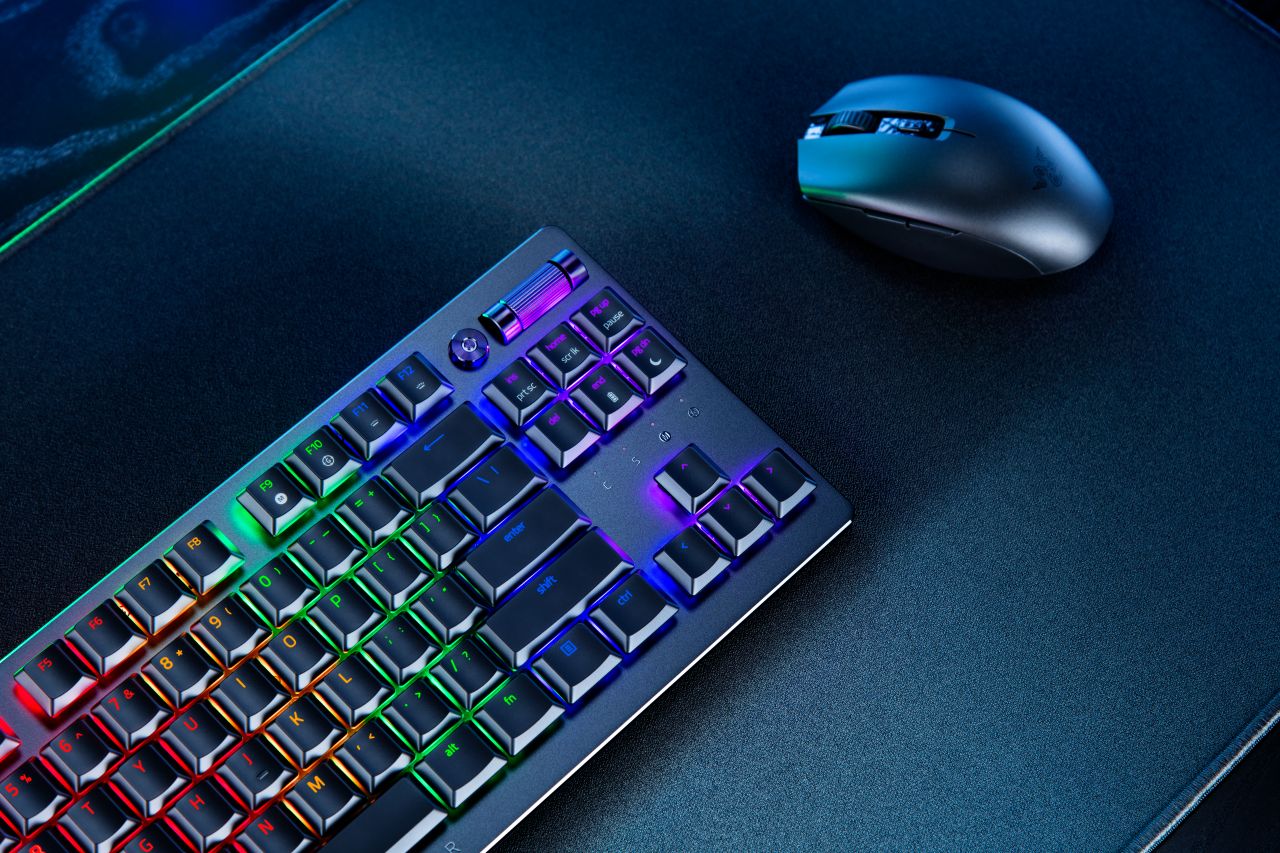 Even just looking at the Razer DeathStalker V2, the keyboard looks like the most modern form of a Razer product on the market. The lighting is mellow yet noticeable and is extremely clean. The underglow of the keycaps helps to capture a mood that stand out even more at night thanks to the aluminum casing that also adds durability even though the bottom portion is still plastic. That will come in handy when taking the device with you as the ability to easily switch between three different Bluetooth devices is available. The media roller is also an excellent touch to a keyboard as the overall usage is simple and responsive. The design also takes in mind the idea of reducing wrist fatigue since its sits so low, but this means there’s no wrist rest included with the price. For this premium keyboard, it retails for $249.99 while the other two versions will be less on release. For that price, the fact that this may be the only keyboard you ever need for gaming and for work is somewhat justifiable. If you don’t need a number pad or prefer the wired version, those will launch for $219 and $199, respectively, later in August with the linear keys. In today’s world, however, Razer has managed to not increase the price of its latest premium products and that’s a plus.