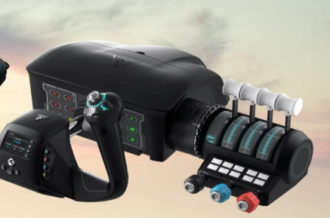 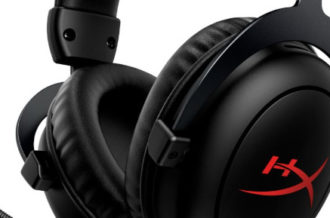 The Kraken name is synonymous with the Razer brand as it has always garnered a solid headset line for entry-level and advanced audio options for gamers. Razer has now made the Kraken line of headsets even deeper by adding two new choices for players that are looking for something more. The Kraken V3 line consists of the basic Kraken V3, which includes audio options like THX Spatial Audio, Razer TriForce Titanium 50 Audio Drivers and a focus on comfort, as well as the Kraken V3 X. The two latest headsets include Razer HyperSense, which much like the PlayStation 5 with Haptic Feedback, provides Haptic Feedback through the ear cups. This is a game changer for headsets as provides one of the best audio experiences on the market.

There are two options for including HyperSense in the Kraken V3 that Razer offers. A Pro version that offers wireless and almost every bit of audio tech that Razer has offered in the last five years, or the base Razer Kraken V3 HyperSense that’s the same thing but just wired. The review unit that Razer sent over was the wired option, and unless you are looking for a wireless solution specifically, the wired version will save you about $70 and sits at a much more inviting price for $129.99. Both offer detachable cardioid mics, Razer Chroma RGB, hybrid fabric and leatherette memory foam ear cups, and all the previously-mentioned audio tech.

The Kraken V3, across the board, is the flashiest looking Kraken headset to date. While you’re not going to see the RGB while wearing it, the design has been upgraded to look more sleek on the exterior of the ear cups. Smooth glossy black plastic centers in the middle of each cup and allows the lighting to stand out more. Lighting can be customized via the Razer Synapse app. Around the edge is a rugged plastic that attaches to an aluminum brace to provide a sturdy and durable feel. The headband features a leatherette exterior with mesh fabric on the interior that sits comfortably on your head. 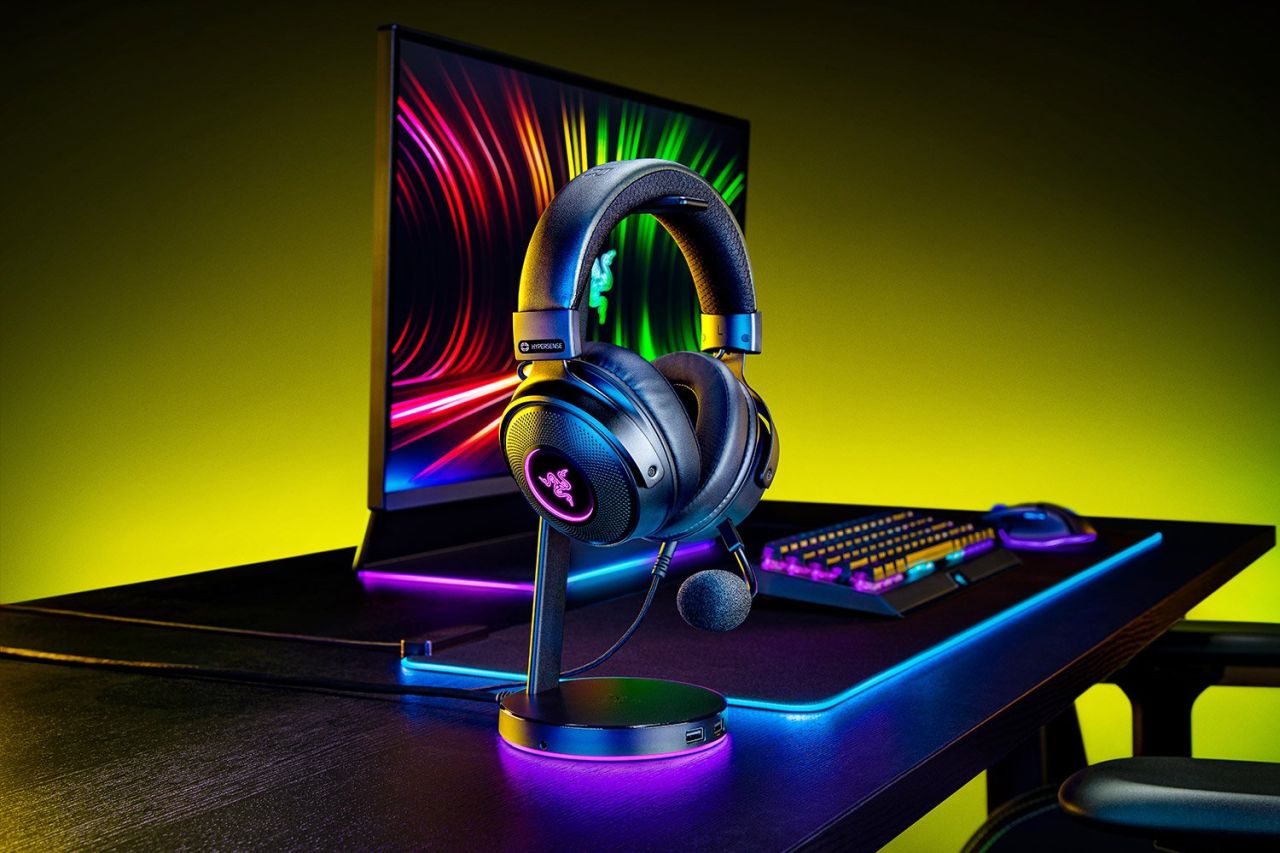 The ear cups do feel small upon putting headset on for the first time, but there’s a reason for this. HyperSense creates vibrations via the ear cups and if these went completely around the ears, there’s no doubt that ear fatigue would set in. These ear cups are comfortable as the Kraken V3 HyperSense sits just snug enough and allows the vibrations to work without issue. There’s a button on the headset that offers three levels of feedback or the ability to disable altogether. The best way to describe the HyperSense would be comparing it to a movie theater experience. The audio still comes across excellent with the inclusion of THX Spatial Audio without the need for a dongle. This means directional support can provide an advantage in games. I assumed ear fatigue would be an issue, but this may only be on the highest setting after a few hours of play. Choosing the lower settings allow for longer play and no noticeable issues of ear fatigue. Explosions, gun shots and low level audio and bass trigger the vibrations and provide an experience unlike any other with the Kraken V3 HyperSense.

Razer states this headset is specifically for PC, so I assumed the HyperSense would only work via Razer Synapse or specific Windows drivers. That wasn’t the case as the HyperSense does work on PlayStation 5, so rest assured if you use a USB port you’ll get the effects. The cable isn’t the longest, however, so this depends on whatever the personal setup is. The detachable cardioid microphone offers a big foam covering to help reduce background noise. Talking loudly into the mic caused an issue, but in terms of testing, the audio was solid and understandable out of the box. 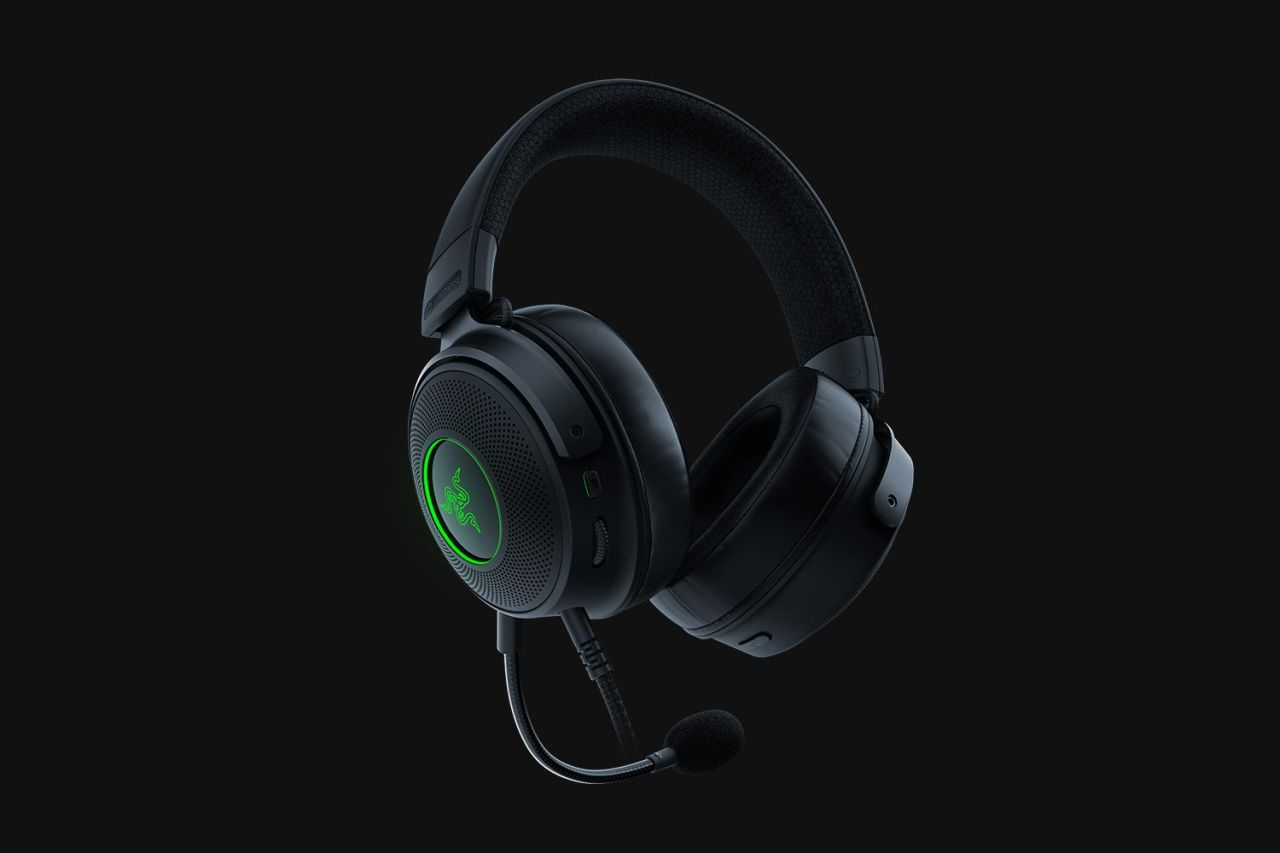 The Kraken V3, as a whole, is the best Kraken line of headsets to date, offering a culmination of innovative technologies that Razer has implemented in recent years. As for the HyperSense, this is an audio experience like any other, and hopefully Haptic Feedback can eventually be implemented into other peripherals as an option to have. The sound quality is excellent, but the Haptic Feedback adds a whole other layer to the audio experience. This is something that depends on the person, however, otherwise going for the lesser-optioned Kraken’s would be the way to go. The wireless is priced high at $199, but if you don’t need that option, at $129 the wired version is the way to go.