When it comes to video game controllers, there are a wide variety of types available to suit the needs of the player. Many get by just fine with the default controller provided. Some need specialized tools, such as a fightstick or accessible pad. Razer is looking to continue catering to the hardcore audience with its newly-released Wolverine V2 Chroma controller for PC, Xbox Series X|S and Xbox One. Razer has come a long way since the release of the Wolverine Ultimate in 2017.

This is a premium controller with a tremendous amount of customizable functionality. One of the most obvious upgrades over a standard Xbox controller is the Mecha-Tactile buttons. The action buttons and d-pad are responsive and satisfyingly clicky. Think about a mechanical keyboard but applied to controller buttons. Compared to a traditional membrane button, the Mecha-Tactile buttons allow gamers to click quicker. Razer quotes a 40% faster actuation and response time for their controller, which makes all the difference in competitive gaming. 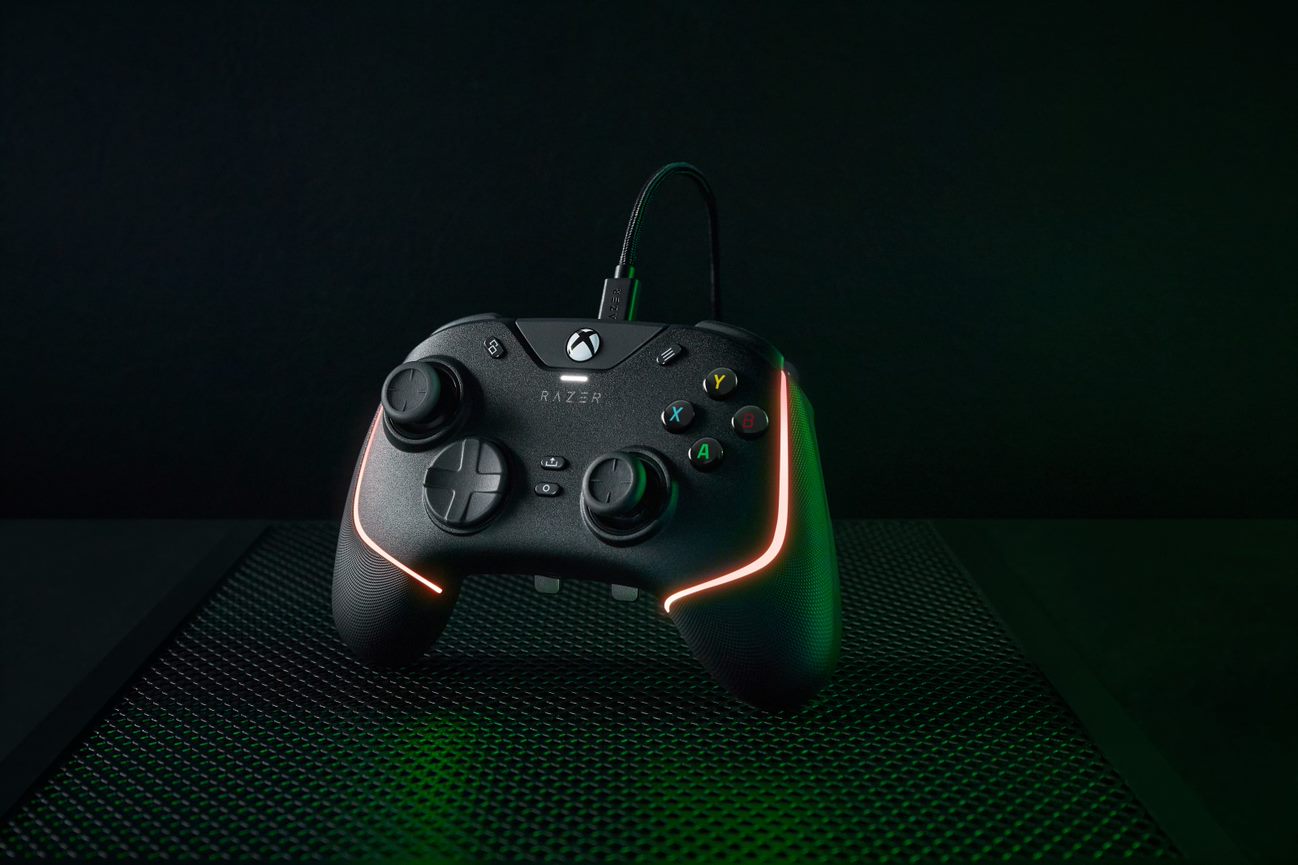 Another perk of this controller is the inclusion of six additional multi-function buttons. There are two buttons on top of the controller by the bumper and triggers. On the back of the controller there are an additional four triggers. Each of these added buttons is easily accessible once you get accustomed to them. The four back triggers were not included on the prior Razer Wolverine V2 controller and are an excellent addition. These buttons can all be remapped to suit the needs of the gamer via the Razer Controller Setup for Xbox app. This program runs on both PC and Xbox, meaning full customization is available regardless of where you use the controller.

Want an even better edge in competitive gaming? Then you can also make use of the interchangeable thumbstick cap functionality. The controller comes with two short and concave thumbsticks, a tall and concave thumbstick and finally a short and domed version. You can swap between them however makes the most sense for the style of gameplay and comfort. How do they attach? They’re held on by magnets that are strong enough to not fall off while gaming, but easy enough to pull off to swap when needed. 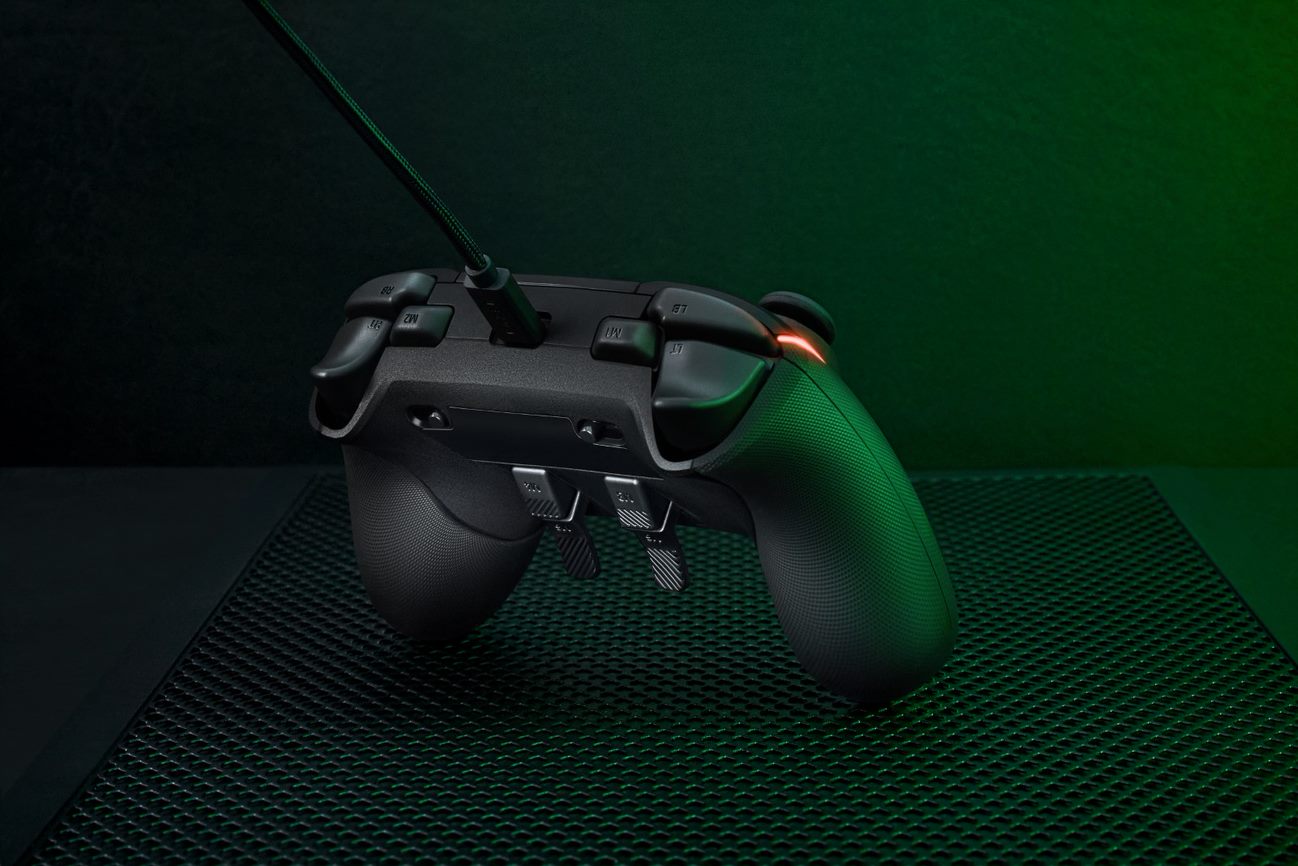 Another feature which is key with these pro level controllers is the ability to modify trigger throw. In the case of the Wolverine V2 Chroma, there are 2-stage trigger stop-switches on the rear of the controller. If disabled, the triggers work as any other controller. If you want to have a shortened trigger pull, however, engage the switches. This enables players to more quickly get off shots, or whatever other action they might need to do at a higher rate of speed via the left or right trigger.

Then there’s the matter of something which isn’t necessary but is just plain fun: Razer Chroma RGB lighting effects. The controller design features two thin RGB light strips along the front. Their positioning is such that generally your hands won’t be covering up the entire light band. The RGB include effects such as spectrum cycling, static and breathing. There are tons of color options to choose from and, if you would rather not have the lights on, they can be turned off as well. As the controller is wired, there’s no real reason to turn the lighting off since it won’t sap the battery out of the peripheral. 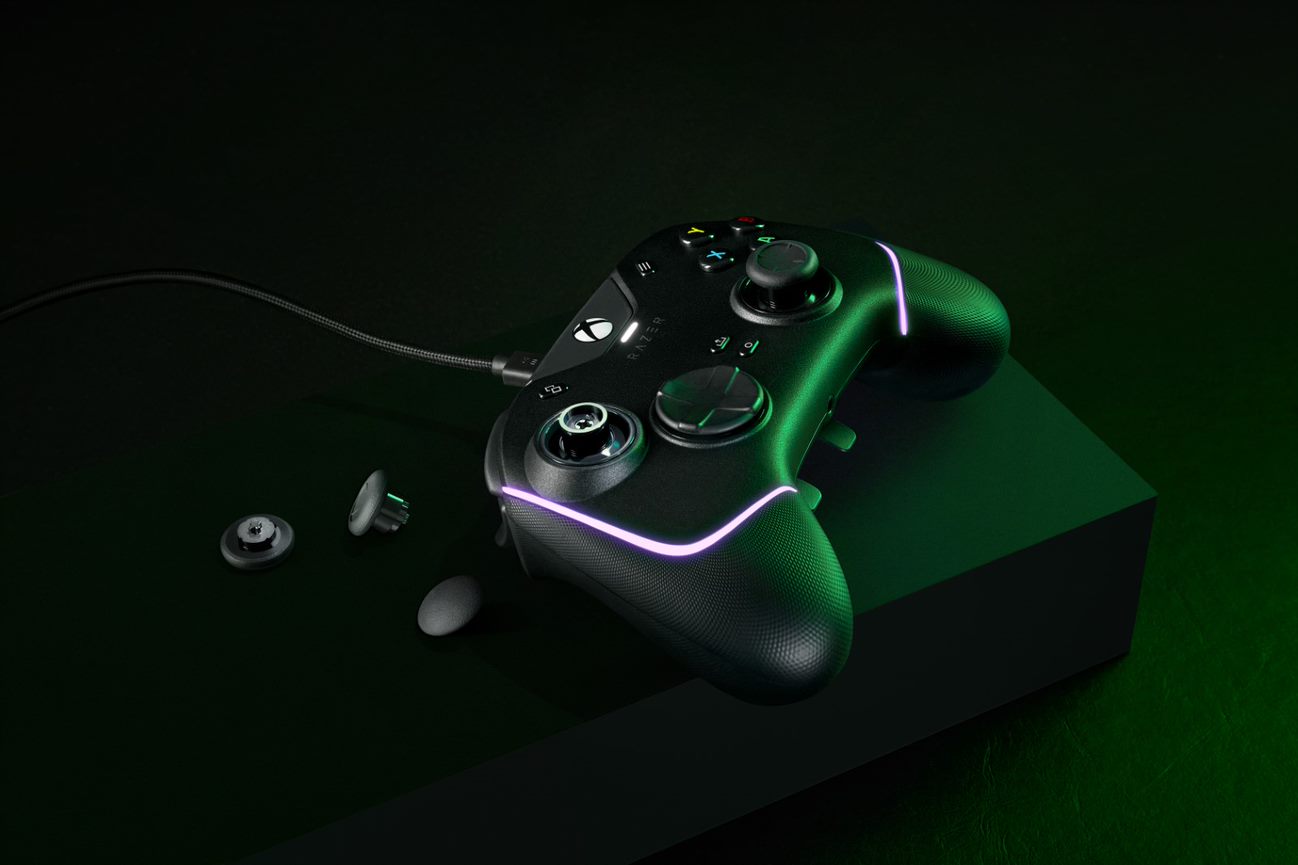 All of this functionality is matched by the Razer Wolverine V2 Chroma’s high build quality. The controller feels sturdy and made of high-quality materials. From the textured grip and back triggers to the Mecha-Tactile action buttons, the entire controller exudes a premium feel befitting of the $149.99 retail price. While more expensive than a standard controller, the Razer Wolverine V2 Chroma is worth it for those who desire faster button presses, additional function buttons and enhanced customization.