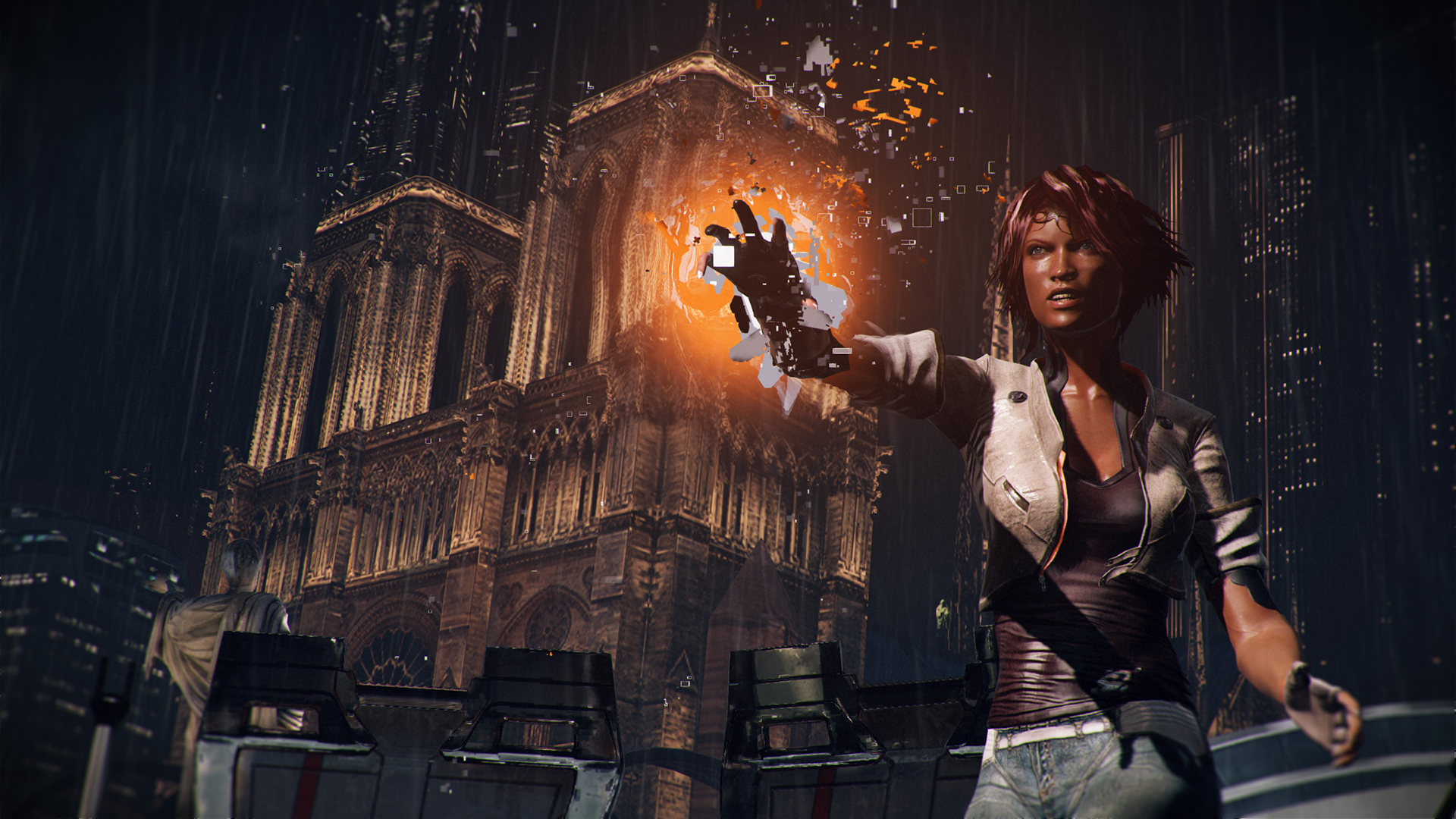 Memory is a funny thing. Although we live in the present, where the past has happened and the future is yet to occur, many of us spend countless hours of the day reliving our mistakes and triumphs (but mostly mistakes) internally, letting it mold our current emotional well-being. Remember Me touches on those subjects in a world where memory has become the most valuable commodity and dangerous weapon. While at first glance, the game may look like a standard beat ‘em up with a futuristic gloss, it creates its own absorbing portrayal of the future that slowly morphs into a family drama as affairs progress. While releasing a new IP from an untested developer just days before an onslaught of next generation software is to be revealed isn’t exactly helping the game live up to its title, one thing is for sure: it’s not an experience you’ll soon forget.

Remember Me takes place in Neo-Paris 2084, a dystopian society where the world’s population has been greatly reduced thanks to the effects of global warming (harkening back to the game’s original setting when it was “Adrift”). Most coastal communities have been wiped out, with the remaining inhabitants relocated to what few major cities remain, now separated from the outside world and containing an enormous divide between the poor and wealthy. In the last thirty years or so, the ability to digitize memories was discovered by private company MEMORIZE, soon leading to the government, economy and personal lives revolving completely around it. Some have become so addicted to memories that they’ve been mutated to subhuman form and live in the sewers of the city feeding off whatever drifts their way. Besides the false sophistication of the wealthy districts, it’s a dark and uninviting vision of the future. 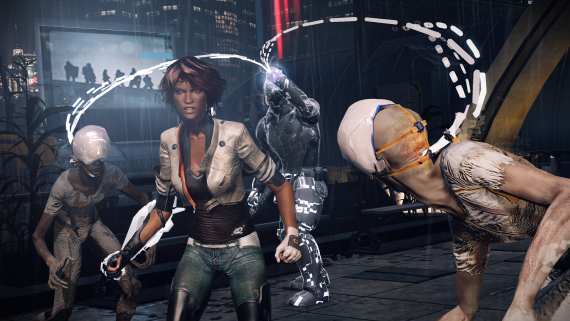 Players take on the role of Nilin, a former elite memory hunter who at the beginning of the story is arrested and has her memory wiped. With the assistance of the mysterious Edge, heard only over an internal voice system, Nilin escapes and is tasked with helping anti-MEMORIZE group, The Errorists, take down the mega-corporation and restore balance to the world. While the game sounds like your basic “take down the bad guys” paint-by-number plot, it soon morphs into a touching family drama about the pitfalls of changing the past upon a startling revelation halfway through. By keeping the identity of the protagonist a mystery and revealing only bits and pieces of the sprawling world and setting as the game progresses, it keeps an aire of mystery around the game that refreshingly doesn’t let you have a grasp on the meaning until the credits roll.

While the plot is strong on its own terms, it’s consistently elevated thanks to the fantastic atmosphere and world developer DONTNOD Entertainment has created, enveloping the player in a fully-realized Cyberpunk world that recalls some of the genre’s best, while remaining grounded in its own originality. There’s some truly beautiful and expansive environments here, with some views of the city seemingly never-ending, glistening with the neon lights of Neo-Paris. Even the grimier areas have a sort of elegance to them, with standout moments like hopping on a long shut-down subway that suddenly propels forward or taking a second to look at some of “food” specials being served in the slums. Habitually in the background is the magnificent score from composer Olivier Deriviere, who recorded a standard orchestral soundtrack and then chopped it up electronically to make it fit the glitchy and unsteady world of the game. 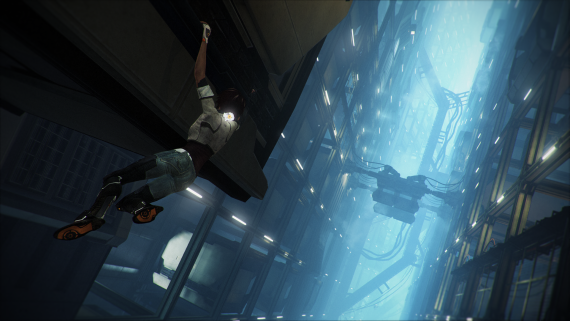 The sheer ambition that makes Remember Me so refreshing can also be to its detriment. Overlooking the world on a ledge can be awe-inspiring, but simultaneously frustrating to see such a huge world you’ll never be able to touch. Alas, Remember Me is quite linear and confining. Setting it in such a unique world instead of the generic corridors of compounds (an issue with the recently-released Fuse) is preferable, but seeing so much unrealized potential, like the unreachable Eiffel Tower just a stone’s throw away, makes you wish it would have allowed more room to breathe. Another issue is the reusing of assets, with multiple areas appearing twice. While the areas or objectives therein are never identical, it’s clear that the developers were trying to squeeze as much mileage as possible from a limited amount of environments. Still, as this is likely a lower budget game seeing as its from an upstart French developer, they did a fine job trying to disguise it with a near-complete lack of backtracking.

A testament to the strength and setting is the fact that we’re near-eight hundred words into the review with nary a mention of gameplay, let alone its centerpiece. While many beat ‘em ups simply have players mash two buttons masquerading as combos, Remember Me puts complete emphasis on linking combos thanks to its Combo Lab. Four preset combos are unlocked progressively through the game that can be customized with four Pressens. Regen Pressens regenerate health on hits, Power Pressens deal heavy damage and trigger finishing movies, Cooldown Pressens reduces S-Pressen cooldowns, while Chain Pressens duplicate the previous Pressen in the chain and double its effect. Each Pressen is inherently mapped to either the X or Y button (square or triangle on PS3) and can be combined in multiple ways. As there’s four Pressens and four combos, I found the strategy of devoting each Pressen type to a combo effective, especially late in the game. 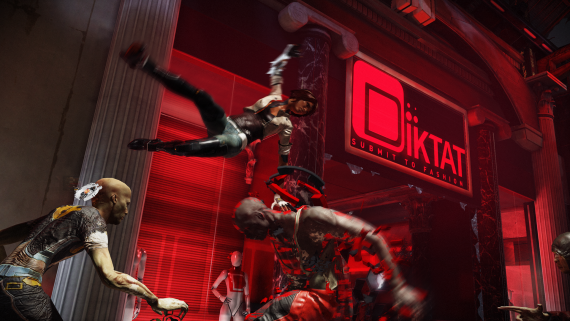 Besides the basic Pressen, there’s also five S-Pressens that are unlocked throughout the game. Fury allows Nilin to rapidly strike enemies for increased damage, D.O.S stuns all enemies and reveals invisible ones, Camo turns Nilin invisible and allows her to overload enemies’ memories and instantly kill them, Logic Bomb explodes all enemies within range of the one you tag it to, while R.I.P turns robots into allies who attack all human units. Utilizing these Pressens will be key to winning tougher skirmishes (and at the very least speeds them up) and are required to win the majority of boss battles. While these create an interesting dynamic with the Combo Lab, as you’ll want to integrate low-damage causing Cooldown Pressens to help regenerate them, the Combo Lab certainly isn’t a deep system where you’ll tailor make custom combos. As there’s just four preset four combos, most of it simply boils down to assigning what you currently have available for maximum effect. While it’s hard to say how well it would work in execution, it would have been interesting to see a combo system with more button options or one you could tailor-make. Still, even if the Combo Lab isn’t the revolution it’s touted as, it adds a very unique dynamic to combat that is much more interesting than simply spamming a few buttons over and over.

Outside of the Combo Lab, Remember Me offers another unique gameplay aspect in the form of memory remixes. There are four memory remixes in all, each allowing you to go in the mind of a different person and change their perception of crucial events of their life. While nothing actually changes, this is a very dangerous power to harness as it can be used to make someone think they were responsible for the death of a loved one or a heinous crime. After seeing a memory play out as it actually occurred, you can then rewind it and look for glitches. Each glitch or combination of glitches leads to a different chain of events, but there’s one objective in each. It’s a very unique gameplay mechanic and quite enthralling when they occur. Due to a limited amount of glitches and an ease in finding the correct sequence, however, many will be able to figure these out rather quickly which is unfortunate as it robs them of showing how small details can so drastically alter an event in any direction. Still, they’re intriguing enough that you’ll wish there was more than just four. 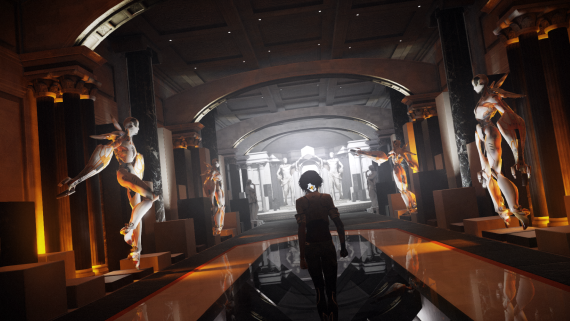 Remember Me is a great game that is persistently close to being a spectacular one. It has a bigger story to tell than a 10-15 hour third-person action title can accommodate, but still manages to be surprisingly emotional and touching by the time the credits roll. While admittedly limited, the Combo Lab adds a unique dynamic to the game that makes combat more interesting and deeper than others in its genre. If the world were expanded, the Combo Lab fleshed out and a few more memory remixes thrown in for good measure, Remember Me’s visionary world could have been transcendent. Let’s just hope this risky gamble proves successful enough for DONTNOD to venture into Neo-Paris once again.