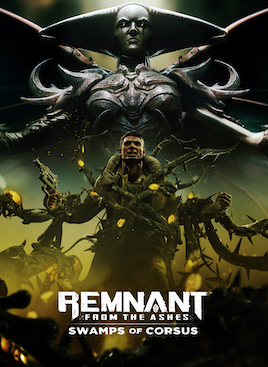 Remnant: From the Ashes – Swamps of Corsus

In the closing comments of our review of the base game last August, we spoke of genuine hope that developer Gunfire Games could build on Remnant: From the Ashes. A game whose take on shooter-orientated, action RPGs delivered an impressively solid-though-flawed foundation. Whether it was the satisfying gunplay or the sheer marvel that procedurally-generated “campaigns” could work surprisingly well in this structure — the latter point, on its own, enough a justification for this game’s recommendation more so than the obvious attraction that was its emphasis on challenge and difficulty. The game was not without its failings via a lackluster story and some all-too-similar approaches to boss design in parts, but the strength of its general premise with the moment-to-moment gameplay and temptation of better/more interesting weapons and loot, meant that while not firing on all cylinders, Remnant was at least succeeding in the areas where it mattered.

After eight-or-so months of tweaks and smaller-scale updates, the first major DLC, Swamps of Corsus, arrives feeling like both an extension and in parts a purer vision on everything that warranted so many repeat visits in the base game. Some of Remnant‘s former issues do unfortunately linger and while it may not rectify all minor, lingering frustrations, it’s the new Survival Mode particularly where this DLC shines. Further adding to the many reasons why Remnant: From the Ashes was one of 2019’s hidden gems. In condensing the experience down and homing in on the highs and what it got right, Swamps of Corsus will give fans plenty of reason (and content) to invest a further 10 – 15 hours minimum with a DLC package that is well worth the value proposition.

As noted, Swamps of Corsus‘ offerings can essentially be split into two halves: the aforementioned, stand-alone Survival Mode (which we’ll get to) and firstly, an expanded version of the setting of Corsus itself. While the promotional material would have you believe this is an entirely new storyline — with quests, boss battles and accompanying loot to gather — the reality is far more straight-forward and less extravagant. The first being that Swamps of Corsus is less an entirely new story, more an elaborating on an optional quest some players may or may not have invested in during the base game. Though it’s really more a backdrop for the DLC’s other variables (new dungeon, new bosses, new equipment, etc.) to better shine. As such it’s disappointing that this becomes less an additional side-story and more simply a dressing-up of eventual bosses to take down and “adventures” (as the game dubs it) to re-roll again and again so as to see all that which the DLC has to offer. 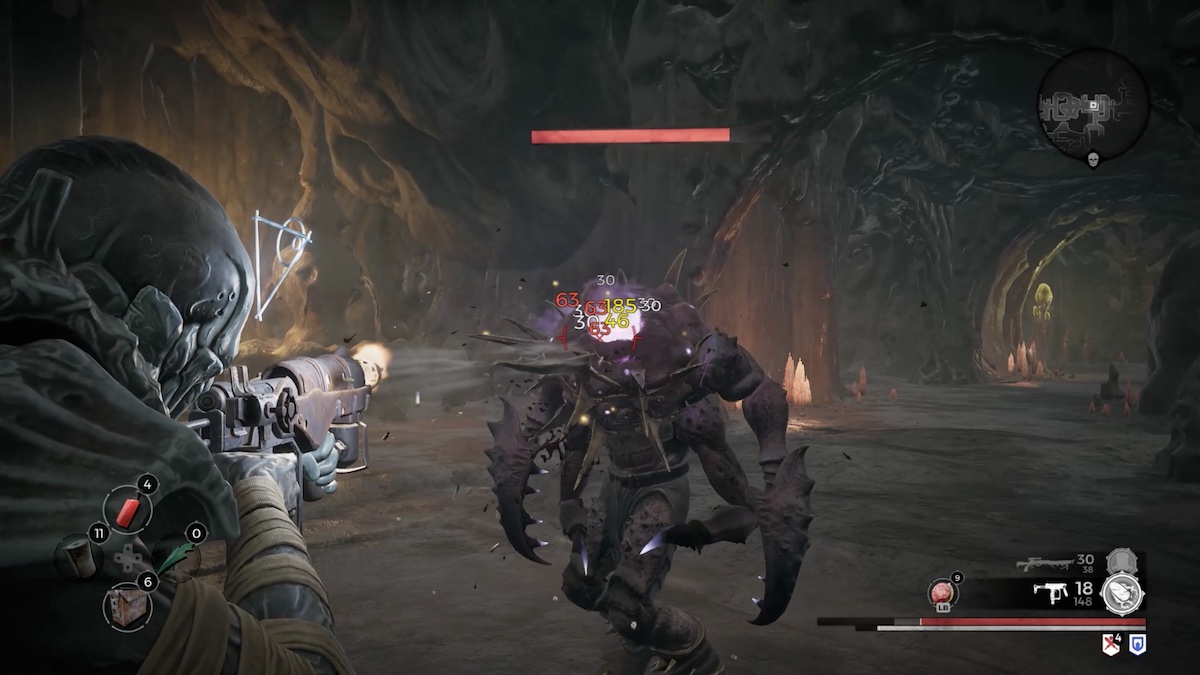 More disappointing is that there’s no end choice the player can partake in other than to fight the final boss or not. Who to side with especially, given the “narrative” at play. But if you can cast aside the thin pretense of a story here (an issue that in the end didn’t affect too greatly the base game’s benefits) Swamps of Corsus still provides a satisfying array of bosses to overcome and a dungeon template that, while follows the procedural nature of previous, still leads to some tense and tactical decision-making during one’s progression. Made even more crucial thanks to the addition of some new enemy types — hostiles whose defeat is, naturally, circumvented after plenty of player deaths. If you’ve played the base game, you’ll already be familiar with the nature of how enemies are scattered and how the gameplay always manages to keep you on your toes. To have you decide whether to pick individual foes off one at a time or gamble with the prospect that many could rush you in one go. Let alone the temptation of crafting material lying close by, overriding the desperation for the next bonfire-esque checkpoint.

In this respect, Swamps of Corsus can feel like more of the same, especially how seeing all there is to offer can often mean retreading the same ground albeit with slightly altered levels. But as for the bosses on show, Swamps of Corsus does fortunately appear to have improved its approach, for the most part, on the at times stagnant formula of throwing additional enemies at you to deal with, during each encounter. That’s not to say there aren’t still some instances of this annoyance on the design side. Cases where the game still mistakes undue frustration for frustration’s sake as challenge. One boss fight whose only real environmental hazard, comes off as a needless, shoe-horned annoyance. But overall, boss battles remain justifiably challenging — reflex-heavy, trial-and-error affairs that strike a good balance between punishing and fair with opportunity. 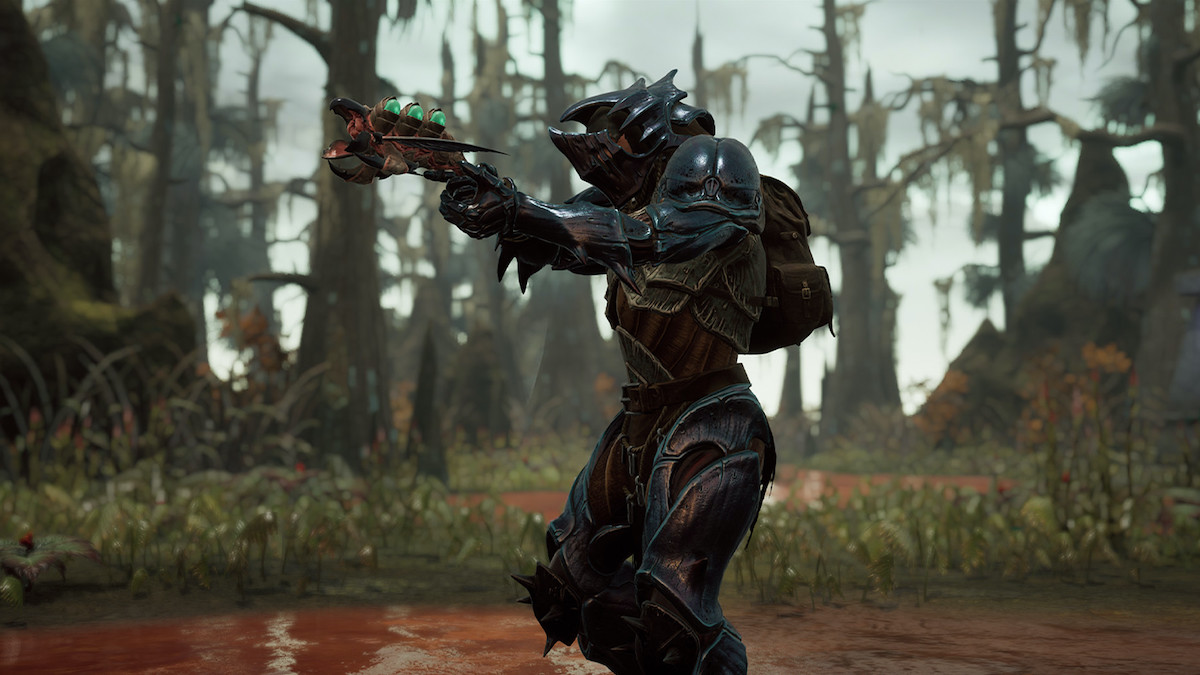 Had the DLC simply been this, Swamps of Corsus wouldn’t be as worthy of highlighting as it is. But it’s in Survival Mode — a seemingly basic set-up of seeing how far one can go — where Gunfire Games have struck gold in adding an incredible amount of replayability to Remnant. The premise being that Survival Mode strips you of all your character’s gear and starts you at level one, holding nothing but a starting pistol. After spending the small amount of money you have to begin with — which is often only enough for a [randomly-assigned] full gear set or one secondary weapon on offer — you’re thrust into one of the four biomes at random whereupon the task is to get through a series of outdoor regions, dungeons and end bosses, for as long as possible. Defeating each boss transports you back to the hub area, wherein you can reinvest in [hopefully] better apparel/weapons/items, before continuing on.

What makes this mode so utterly addictive (encapsulating that very “one more go/I’ll get it this time” mentality) is the way it condenses the smaller features of the base game into such a short-term burst of joy. Despite environments structured slightly more in a linear fashion — feeling more like obstacle courses one has to frantically rush through — there’s still a through-line of temptation via acquirable items potentially nestled off to one side or another. Countered all the way by the peril of hostiles. There’s no guarantee that what one find will prove useful, as everything is a matter of random luck, so it’s up to players to decide how far they want to gamble or how much they’re willing to explore every corner or building interior in the pursuit of that extra item. The added crux to all this is that players are pitted against a timer. When the timer reaches zero, all enemies in the entire vicinity level up per se — meaning that in order to keep up with the enemy’s own strength and level, players must work to accrue XP and thus, actively engage in combat. 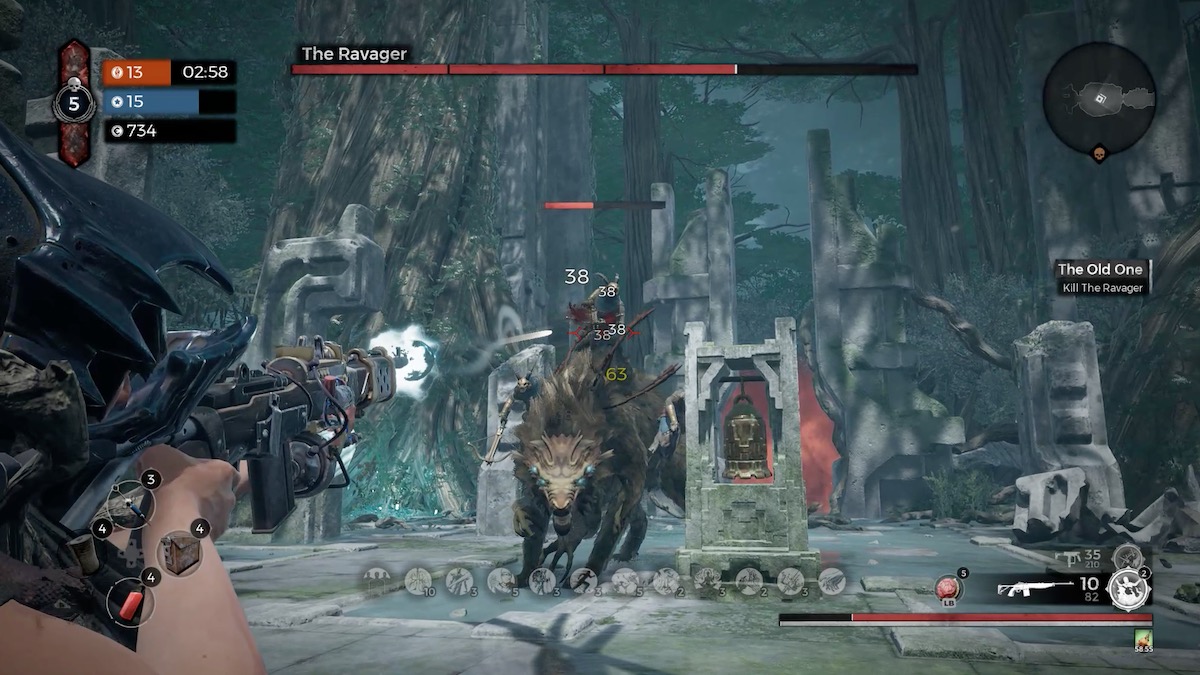 It’s an excellent re-tooling of Remnant‘s core mechanics and one that adds an alternate twist to the base game’s treating of difficulty levels too: higher risk netting higher rewards. But even outside of that proposition, there’s something so innocently indulgent yet giddy in how Survival mode capitalizes on the fluid combat scenarios and excellent gunplay. Sprinting, dodge-rolling and taking down plentiful cannon-fodder may not be the most complex loop to repeat again and again, yet it’s that mix of initial simplicity, a looming timer and encroaching boss fights (where one can lose it all) that will so easily pull you back in. What’s more, the further players progress and the longer they survive, gear that’s available outside this mode, can also be unlocked — adding further incentive for players to get past the fifth or even tenth ordeal should they last that long.

Admittedly, this is a mode whose enjoyment — and as such its drawbacks — can often be down to the hand dealt by the game’s back-end. The type of weapons/armor offered to begin with aside, not all bosses assigned during early rounds come off as balanced or as tweaked to accommodate such a mode. What’s more, it’s disappointing that there’s no manner to save one’s progress or at the very least no incorporation of permanent unlocks to optionally equip on succeeding attempts. Another small complaint lies with the newly-introduced crafting material, Glowing Fragments. Material that serves as the means by which players can acquire the DLC’s new gear sets — of which are admittedly varied and cosmetically-appealing enough — one can purchase in the main hub area. How the requirement rates for each item alone (and not as a set) at present, feel way too high given the scarce drop-rate in Survival mode and how they’re limited only to defeating repeat bosses in Adventure mode. 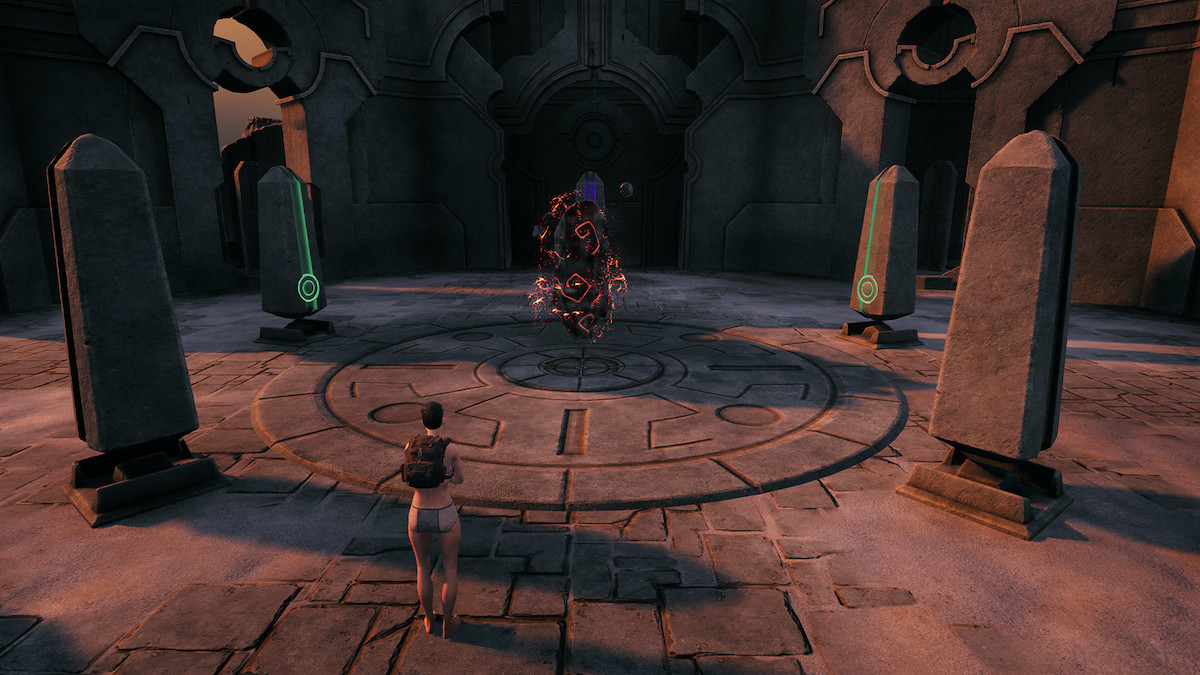 The addition of new bosses and items to acquire will naturally feel tempting — with some sufficient improvements to note on how said encounters have been designed — and providing you can tolerate the need to re-roll, Swamps of Corsus offers plenty for players to jump back into. Yet it’s the game’s new Survival mode where an unexpectedly large portion of player investment will end up residing. A game mode, basic a set-up it may be, that brilliantly condenses the base game’s strengths into a frantic-yet-tactical sprint to the finish without losing the pull of its gunplay that Remnant thrived on prior. Hopefully Gunfire can address the issues on Fragment drop-rates and maybe iron out some of the creases that sadly dampen Survival’s otherwise enticing, yet imperfect proposal. For a game whose vision of fusing third-person shooting with punishing boss fights and RPG elements was already as surprising as it was effective, Remnant: From the Ashes – Swamps of Corsus goes one further and proves Gunfire aren’t done with delivering more unexpected yet delightful additions on top.