République Episode 3: Ones & Zeroes contrasts nicely against Episode 2: Metamorphosis. Whereas that episode was set largely in a warm, cozy (in a threatening sorta way) library, this is set in the cold sterile corridors surrounding a server bank and business office. And whereas Metamorphosis focused squarely on the past – on the backstory of Headmaster Treglazov and the history of global fascism – Ones & Zeroes has its eye on the present – on people’s daily lives and the insidious role of state media in the propaganda machine.

We’ve heard a lot from Mattie Sade over the last two episodes – at least, those of us who hunt for collectibles have. Her pieces for the Morning Bell are propaganda at its sleaziest, and the recorded conversations that accompany them paint a picture of a woman who once cared very much about truth in journalism and has since given up. She’s got a reporter’s eye for hidden details – including some juicy secrets about Mireille Prideaux – but she uses it to work around, rather than expose them. 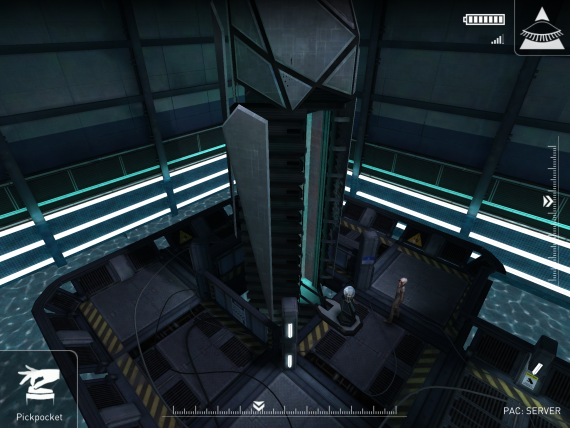 In Episode 3 we finally get to meet her, and her introduction is a treat. Face-down on her desk, a bottle of booze in front of her, she struggles to write an obituary for her friend Luis Octavo – the Librarian who was murdered in the last episode. We see her wracked by guilt and struggling with doing the right thing – an impulse for which she finds an outlet when Hope crosses her path. Hope needs to get a pair of Prizrak guards out of the way if she’s going to escape to the outside world, and with years of experience in smear campaigns, Mattie has a perfect plan.

The bulk of the episode is spent sneaking around the server banks of Terminus, a massive supercomputer that seems to be central to the “arrival” that the game has been building up since Exordium. In each of the two server wings the player gets an upgrade for their Omni software – meaning that by the end of the episode you’ll be able to open all doors up to level 4 – and takes a glimpse into the lives of the Prizrak. It feels a lot like the voyeurism segments in Watch Dogs, but much more focused, and République clearly has something more to say about privacy than “hacking is spooky.” You’ll need to uncover very personal details about each guard’s life and spin them into a story that could get him arrested – or worse. It presents an interesting moral dilemma, and I found myself trying to spin the least awful story I could even as I realized I was condemning these men to death. 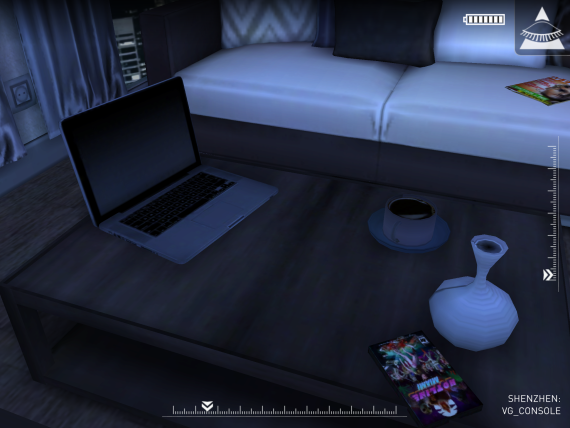 The story hits some good beats, and explores interesting (and personally relevant) themes, but on the whole I feel like it’s a little weaker than previous episodes. The pacing toward the middle feels awkward – especially if you take the time to 3D print a certain bonus item you pick up – and it all builds up to a revelation that feels a little cheap. I don’t want to spoil anything, but your actions in the scene are restricted in a way that doesn’t quite make sense in order to set up for a surprise that isn’t quite surprising – at least, not if you’ve been paying attention to environmental details. The revelations that follow it are stronger (be sure to stick through the credits), but the way it’s presented weakens the rest of the episode.

With that said, the episode does strike a strong emotional chord. Though the models in the game are (understandably) not quite up to par with what was shown in the Kickstarter Campaign two years ago, they are surprisingly expressive – especially when it comes to shades of anguish and shock. A lot is also owed to top-grade voice acting. Leila Birch does a fantastic turn as Mattie, delivering a great mix of detached cynicism and affable charm, but Rena Strober as Hope really steals the show toward the end. The big “gotcha” might feel forced, but her reaction afterward is very natural and moving. 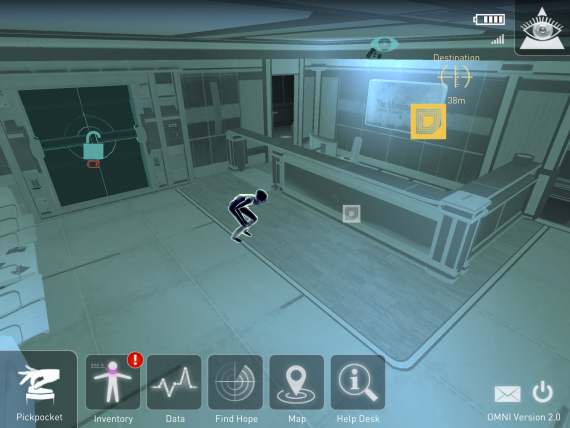 The game’s humor is also growing on me. At first I found the collectible ads for other indie games annoying, but as I get more of a sense for the time and place in which République is set they seem a little less incongruous.  I actually found myself disappointed when I couldn’t hear descriptions of the last few I picked up. This isn’t really a funny game by any stretch, but certain parts – especially the audio logs – have a sharp satirical edge. The episode also contains a sly nod to Metal Gear Solid that’s commendable for its subtlety and how well it fits into the world.

In terms of gameplay, again, not much has changed since the first episode. There’s one new enemy type introduced – guards with taser-proof armor and anti-pepper spray helmets – that’s a bit of a pain to deal with, but the game also introduces a knockout mine that’s purpose-built to take them out. If anything sneaking through this episode felt easier than the last because each section is self-contained, meaning that the roaming guards from Episode 2 don’t seem to factor in. Two more Omni abilities are also available for purchase, but only one of them is really useful. Being able to delay guards mid-patrol opens up some interesting avenues for stealth, but the ability to see guards on the map feels next to useless. When you can jump around the security cameras and see everyone in the vicinity without exposing Hope at all, using a map kind of seems redundant. 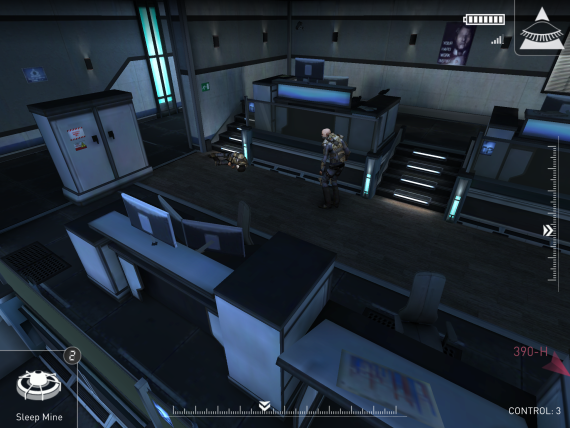 Ones & Zeroes has been touted as the longest episode of République yet, and it feels like it. The story feels a bit too drawn out for its own good – though that may just be a symptom of this being the middle act. That said, the world building and character development are as strong as ever, and great acting and writing help the proceedings feel lively in spite of iffy scenario design. Mechanically it’s more of the same – which is to say that it’s a unique and deftly-constructed second-person stealth title. Despite stumbling a bit, this episode still has me eager to see what will happen next.