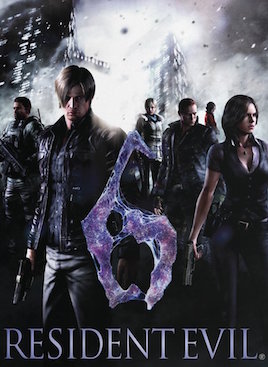 Call me crazy, but I have a slight suspicion Capcom are in a more insistent — if not insidious — mood to raise some easy finance, for whatever reason, as quickly as possible. It would explain why we find ourselves amid another round of re-releases of the company’s lucratively popular Resident Evil franchise. Starting with the original last year and 0 in January of this year (bundled with the first game) — either side of a new, episodic-format title in Revelations 2, it has to be noted — Capcom have switched their focus onto the latter half of the main, numbered series while Resident Evil 2‘s inevitable remake remains in development. But while it may not come as much a surprise to find Resident Evil 4 making the jump to current-gen platforms — given it’s found its way to every other platform in the past — what is surprising is that it’s 2012’s Resident Evil 6, via reverse order, that we find ourselves here.

Needless to say, six is regarded the least favorable of the franchise, a game that on its original release hearkening even less to the series’ roots of claustrophobically-leaning scope of survival horror and often goofily semi-serious tone. Instead, vouching (in actuality based on the results) for a mangled mess of half-baked, directionless ideas, set-pieces that would make Michael Bay blush and a general, insipid vibe that…well…it just wasn’t Resident Evil. For those who had some fantastical hope 6‘s outing on PS4 or Xbox One would somehow bring about a newly realized and ultimately condensed scale of gameplay, you best get off this ride while it’s still at the station. Resident Evil 6 in 2016 retains all the repetitive nuisance and tired set-pieces (now the established go-to for any “daring” action-heavy third-person/cover-based shooter prior) and while there are admittedly decent moments of World-building and/or gameplay hidden amid the muddle, there still lies a significant degree of misdirection plaguing the entirety of the game’s four over-arching, intertwining character-led campaigns.

A notable benefit now is that all four campaigns are unlocked from the start; the original had you play through Leon/Chris/Jake’s campaign before heading into Ada Wong’s story. Fortunately, like all the game’s add-on content, this release comes bundled with all the additional multiplayer modes made available post-launch. Unfortunately, with the now wider division of the playerbase, some modes can take considerably longer for a full lobby to become available. The Mercenaries remains a fun, arcade-style, combo-racking time-waster and retains the now-staple formula of timing kills at just the right time and/or plotting your net round of racking up points. Agent Hunt, much like in the original iteration, is an interesting concept — be it, one player “invades” another’s campaign, taking the role of one of the game’s many zombies/enemies — but winds up feeling majorly underdeveloped. 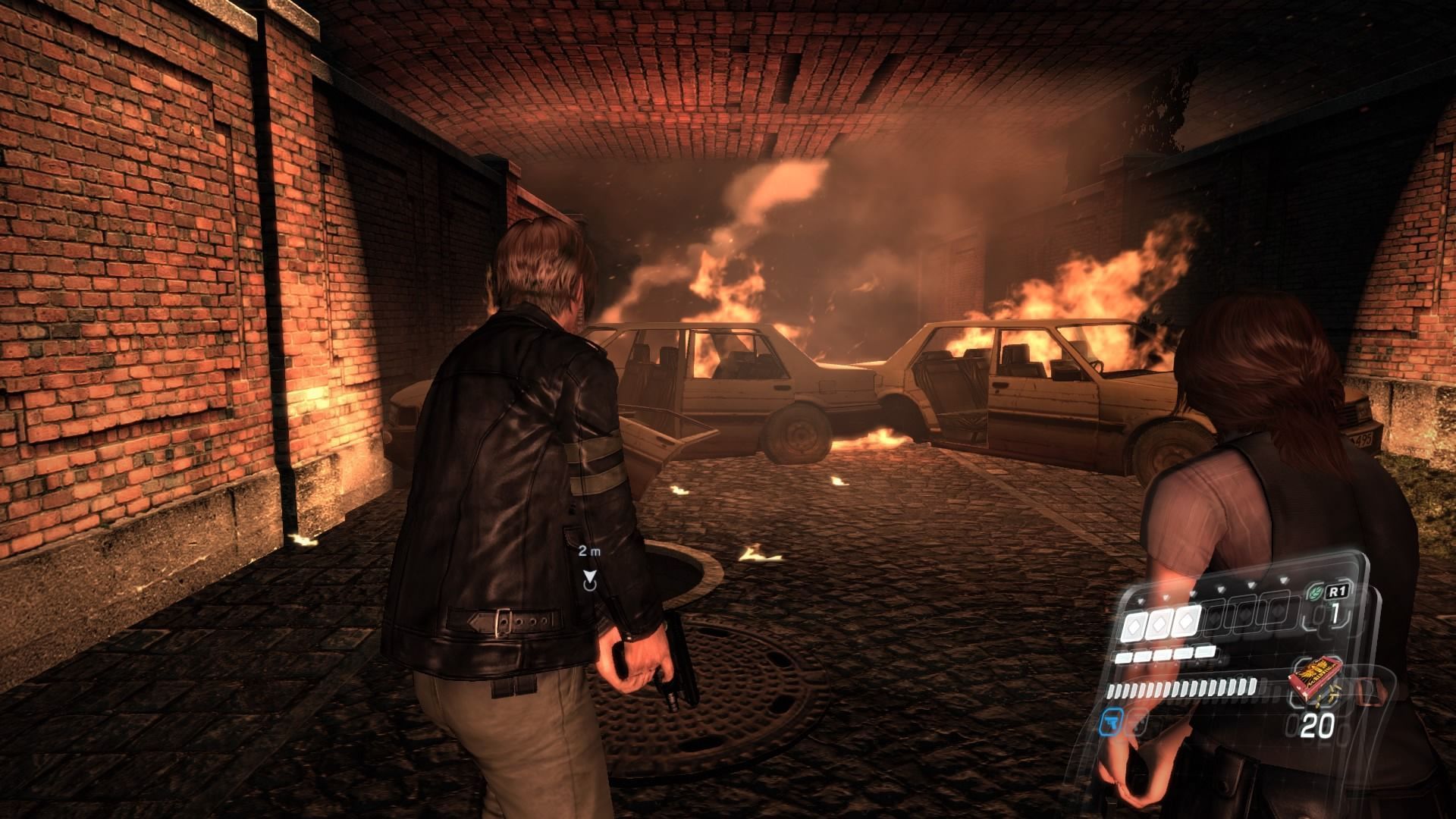 But the main positive to take out the eighth-gen iteration is indeed the graphical upgrade and to be fair to Capcom, they’ve done a good job at improving on what was, at the time, a high-standard on seventh-gen technology. Playing this on PS4 now, Resident Evil 6 has had a notable improvement with its visual assets, from shadows to ambient lighting, even character models and environment look sharper and lack the muddiness of their former selves. Environments too have benefitted from the face-lift with each of the game’s contrasting locales offering a clearer difference in tone. Be it the dark, homage to the classic titles with Leon’s campaign, the aged architecture of the fictional state of Rhodesia or China’s bright, vibrant billboard-covered hubs, there’s no denying Capcom have at least tried (and succeeded) to keep the presentation as high as it can be. There are on occasion some dodgy, pixelated textures and questionably low-res surfaces in parts, but for the most part, the World looks a lot more presentable for current-gen outings.

On the original release, other — if not exceedingly great — neat mechanics such as the new herb-combining system, that rewards player patience and bravery in finding herbs later down the line, the fact melee attacks are dictated by a stamina bar or even the bar-for-bar way health is stored and subsequently restored, do in parts give things for players to consider. Unfortunately this is the point where all the game’s pro’s stop…and the con’s come crashing immensely down. As previously noted, Resident Evil 6 is an example of a game with major identity crisis that seldom knows what it wants to be, when it wants to be. Whether that be action-leaning, cover-based shooting that doesn’t quite meet Gears of War stature, stealth sections masquerading as tense horror or the dreaded walking sections cropping up from time to time, six’s jumbled pic’n’mix of gameplay only jars the arching experience evermore. 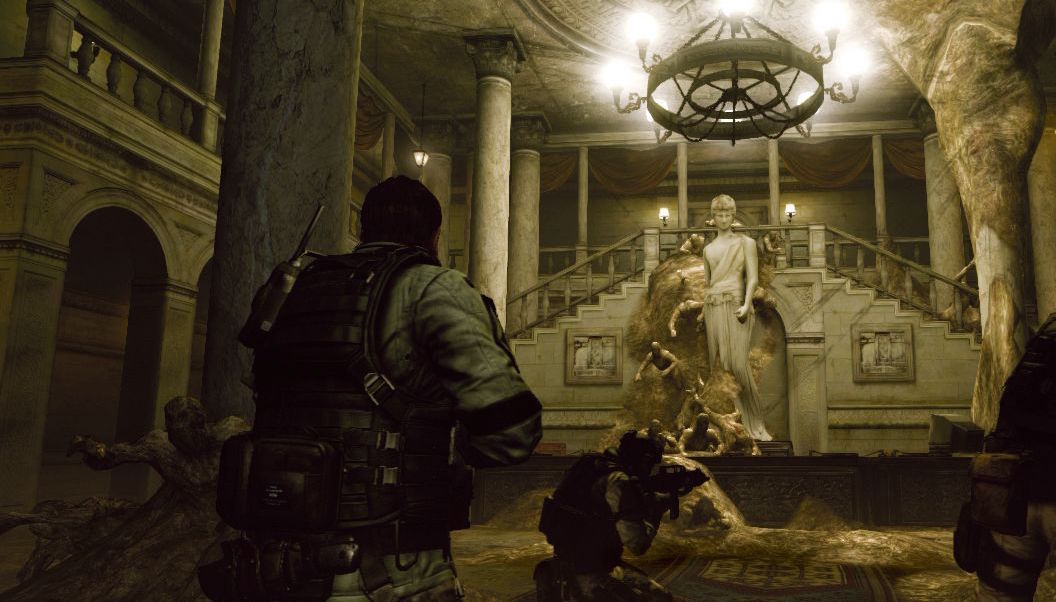 Without sounding pretentious (and falling back on the typical “it’s not scary” argument) most of the game’s stand-alone moments play out in nearly the same way over and over again. Defending areas, clearing out a select number of enemies, the continuing forceful reliance on co-op just to open a door, it’s a clear betrayal of the ideals set out in the objectively-superior Resident Evil 4 as far as over-the-shoulder “second-person” perspective shooting went, but here takes it not one, but two steps too far in creating a horrid chimera of genres that falter because of one another’s attempts to be the greater part of this gruesome whole. And speaking of stand-out set-pieces (stand-out for all the wrong reasons) some of the rather more “militaristic” offences are the worst culprits of all. Notably strong in Chris’ campaign, if a jeep-driving, machine-gun touting rally doesn’t tick you off, a completely unnecessary and often fiddly harrier section will undoubtedly trick you into thinking you’re playing a Call of Duty knock-off circa-2008.

The controls themselves, sans-harrier jet, can be equally as challenging and frustrating to get right. Gunplay can feel stiff and jaunty at the best of times, while the worst scenarios will have you fire wildly to the sides with little warning. A once simple-tap of a button to turn around can also find itself wound into complexly muddled desperations; playing on a Dualshock controller, more often than not I found myself failing to pull off what should be a simple ability. But, in general, the game just doesn’t make sense, both conceptually and contextually when taking the World’s story for what it is. Oh, I’m in a gun store having to fight off waves of enemies; why can’t I use the clearly superior firearms on display? The game is full of indecisively head-scratching moments and combined with the game’s cringe-worthy B-reel material in its dialogue, what should convey a sense of wit and tongue-in-cheek tomfoolery (again something the forth game did so well at both presenting and striking a fine balance over) ends up coming across as just plain awful to sit and through. 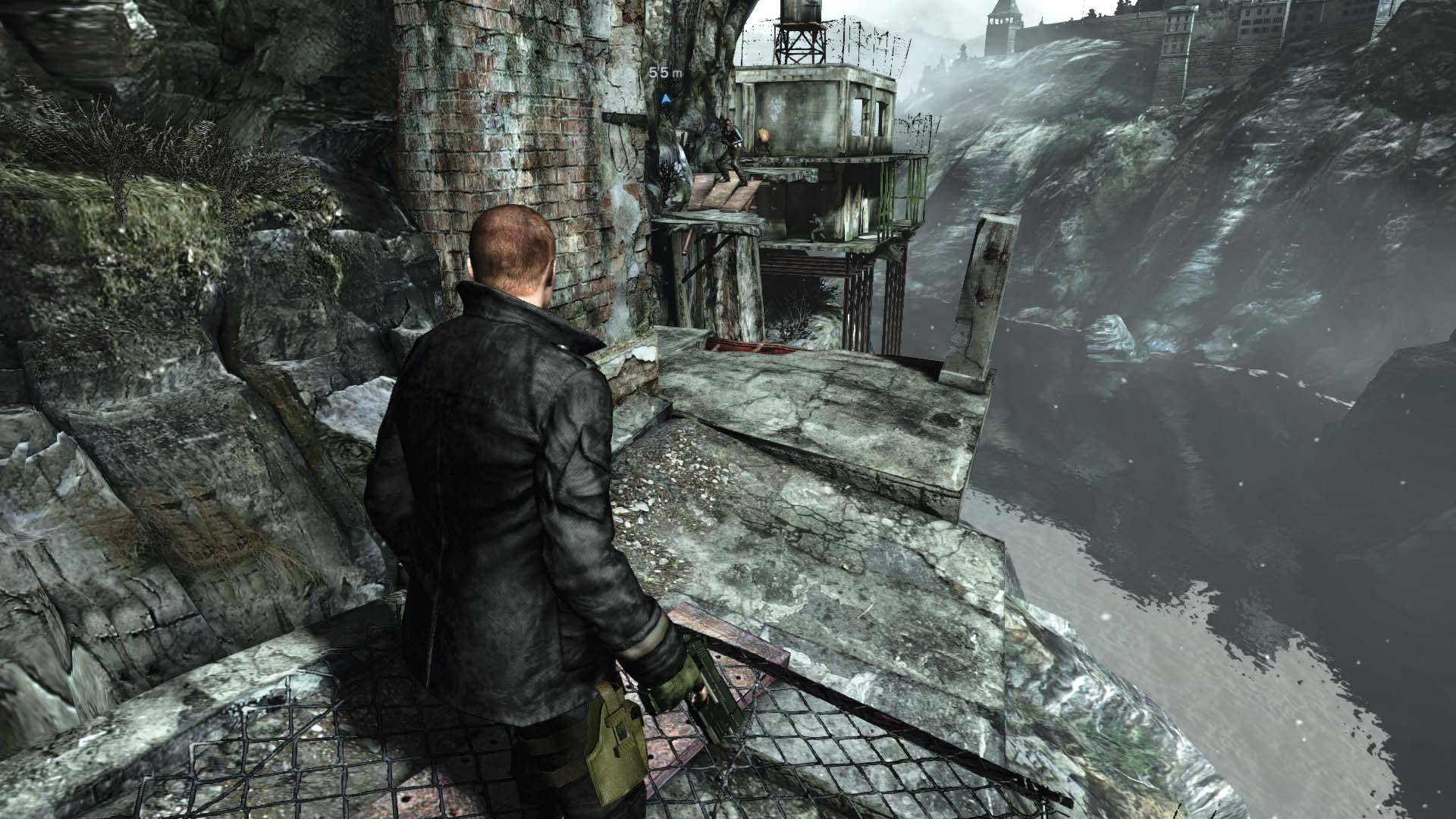 As expected, Resident Evil 6 — four years after its original release — remains one of the series’ most underbaked, underdeveloped and downright unappealing entries in a franchise that has claimed far greater heights in terms of gameplay and presentation. The visuals do indeed give the game a pass as far as a reasonable upgrade to a previous-generation title goes, and on occasion, the improved use of tone, lighting and other effects can impress. But overall, the experience remains largely as flat and as tepid as one might have remembered. It may not be the most forgettable title with the Resident Evil name slapped on — remember Operation Raccoon City…no, anyone? — but it’s arguably one of the flattest in terms of offering up worthwhile moments that aren’t copy-paste’s of other franchise’s notable efforts. Pocketed moments of fun and folly with a co-op buddy aside, there’s little reason to return to the series’ sixth main entry, low price point and all.