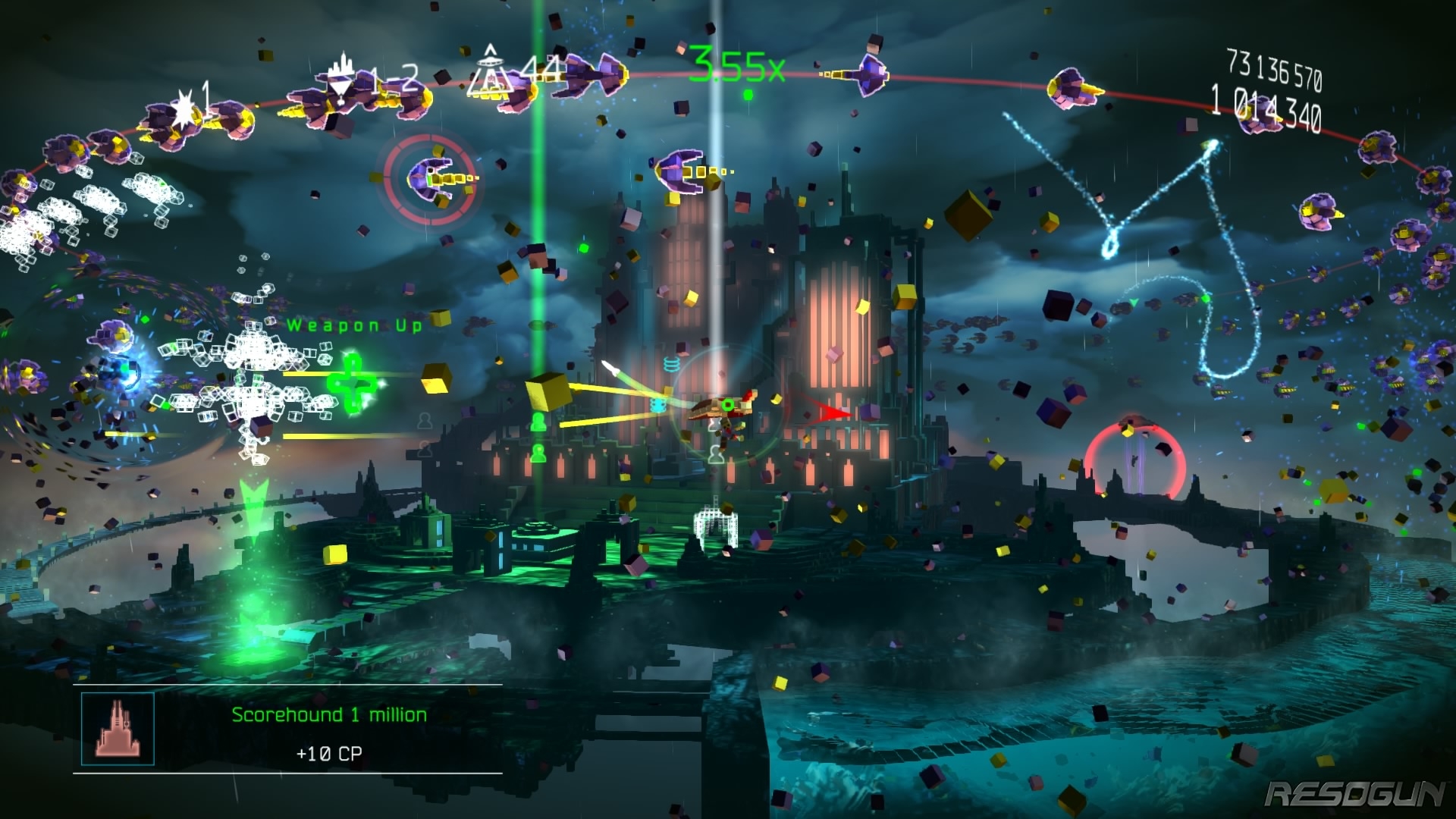 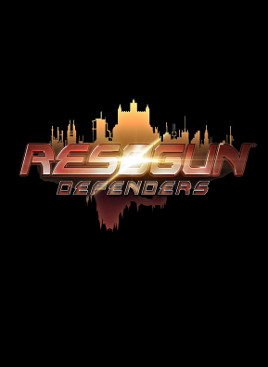 I really can’t say enough good things about Resogun. During the launch of the PlayStation 4, Resogun debuted on PlayStation Plus with something to prove. It shoved aside the AAA powerhouses like Killzone: Shadow Fall and made a place for itself as one of the best PS4 games released yet. While its statement as a selling point for the PS4 has weakened thanks to its release on PS3 and Vita, Housemarque have continued to support their arcade gem with DLC and content updates abound. The previous DLC, Resogun Heroes, was a solid spin on some classic formulas. The final DLC, however, Resogun Defenders, is the real deal. It’s a familiar, but inventive beast that logically expands the adrenaline-pumping arcade action.

Resogun Defenders has two new modes included: Protector and Commando. Protector sticks to the tried-and-true Defender-esque arcade action, but adds a great layer of depth. You use your ship to defend a single location against invaders, and the humans you defend end up being more than just ways to get points, but also members of your city. Saving humans lets them assimilate into the city and allow progression, but the Sentient invaders can abduct and destroy your population. It’s a surprisingly deep mechanic that’s complemented by new power-ups like Super Boosts for your ship and automatic defenses for your city. Gameplay in Protector can be nail-bitingly tense as you dash to save your humans from being abducted, plowing through a seemingly endless stream of enemy ships. It’s a joyride, through and through.

Commando, on the other hand, is much different than anything else you’ve seen in Resogun. Instead of piloting a ship, you’re a single human on foot, defending the final settlement for the humans. While Resogun usually took cues from Defender, Commando mixes other arcade classics like Missile Command and Space Invaders. You must shoot down meteors and robots, all while keeping them away from your home. Your home has a health bar, so if it takes too many hits, game over. Your Commando is also extremely vulnerable, but thanks to some beefy upgrades and a nice Schwarzeneggerian accent, the mode is plenty fun. It’s not as fast-paced as Protector, but it’s equally tense, especially if you decide to play it in cooperative or competitive multiplayer. Commando is a twisted spin from vanilla Resogun, changing things up considerably while providing all the action of arcade legends. 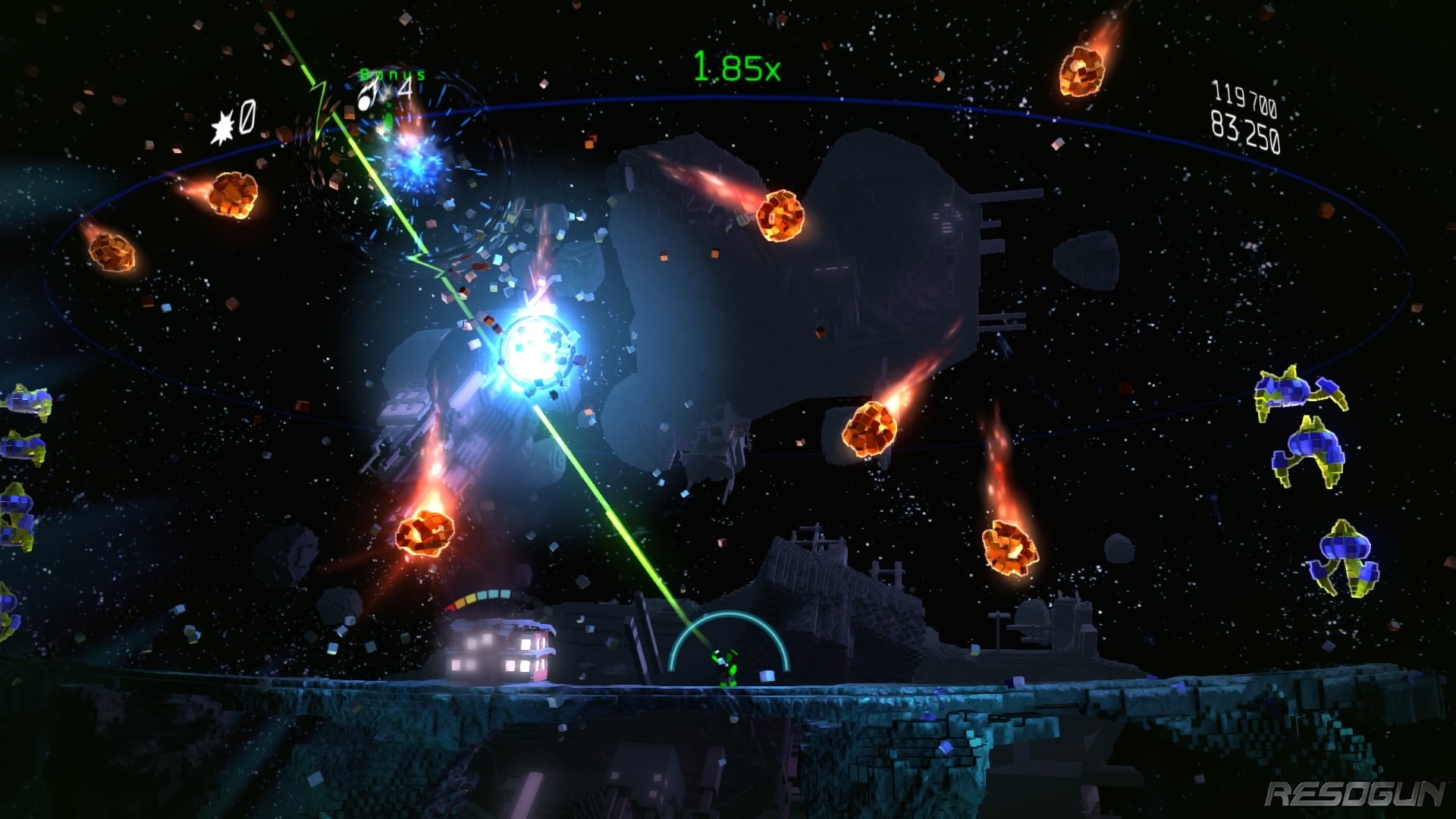 These modes are really all that Resogun Defenders has in store. Aside from trophy and leaderboard support, the two new modes are all you get. But unlike the last DLC pack, Resogun Heroes, these new modes don’t feel nearly as stale. Demolition in Heroes didn’t have the energy of classic Resogun, but both modes in Defenders are chock full of action. Defenders feels more like an arcade game, drenched in exhilaration and filled to the brim with white-knuckle panic to reach that high score. At $5, Defenders is a steal, building upon its already rock-solid framework with new modes that not only feel fresh, but stay true to the code of arcade energy.

Resogun might have been released on PS3 and Vita, but thanks to the PS4 version’s absolutely beautiful 60 frames per second, there’s no contest. The PS4 version is still the best way to experience Resogun. The presentation in Resogun Defenders is just as pristine. When you’re playing Protector mode, you won’t ever see the game drop below a marvelous 60fps, even where there are dozens of enemies on screen. The game is pure eye candy, especially when you activate Overdrive. Commando is a more sedentary mode, so you won’t get as much of a rush, but Resogun Defenders is still a visual gem, keeping the energy going without a trace of technical infidelity. The soundtrack is still electronic wonder, with catchy techno tunes and the hypnotic voice telling you to “save the last humans.” Add the “Ah-nold” accent of Commando and the presentation of Resogun Defenders is still as technically resilient as the vanilla game back in 2013. 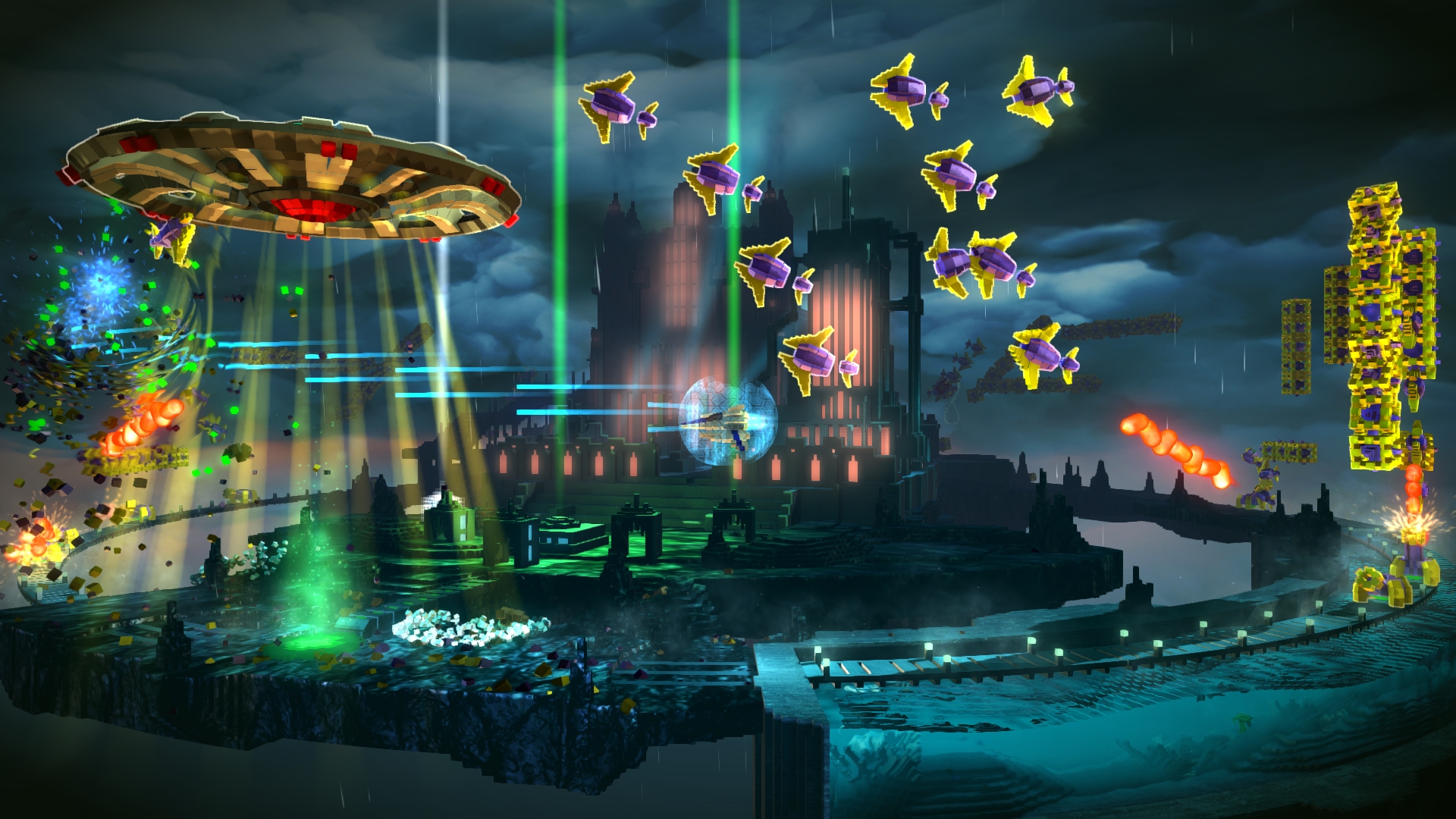 Resogun Defenders is an intelligent extension of the Resogun formula. The Protector mode is shockingly robust, mixing small micromanagement elements with a fully alive arcade spirit. It’s a rush and could possibly be the best mode released yet. Commando is a far cry from the space flight of Resogun as it’s a more controlled mode, but one that’ll keep you saying “one more game” as your high score climbs even higher. Resogun remains a glorious arcade success and the Defenders DLC is by far the best downloadable content for the game yet. Resogun Defenders is adrenaline in its most concentrated form and a fitting send-off to one of the best arcade experiences to ever hit a console, current-gen or otherwise.