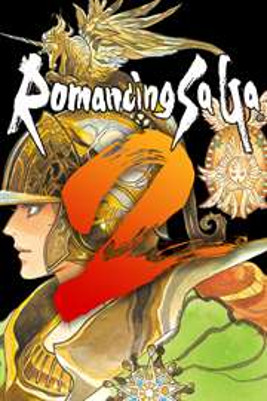 Reissuing a game over two decades after its release is always a bit of a gamble that relies heavily on nostalgia to determine whether or not it will be commercially successful. Usually they do alright, since publishers typically are savvy enough to release games that are remembered fondly enough where people want to revisit them. Romancing SaGa II is not this type of reissue. It was originally released in Japan in 1993 and did not see a western release until 2016 on Android and iOS devices. The SaGa series does have a western fan base, and those of us who had an original Game Boy may have even played some SaGa games without even knowing it when they were retitled to become the Final Fantasy Legend trilogy. The target audience is presumably SaGa fans that want to check out any missed entries and hardcore retro JRPG fans in general.

Romancing SaGa II is a straight port of the mobile version from 2016. This itself isn’t such a negative, since any app running mobile device in 2016 can handle a 1993 game with a facelift, but this does become obvious during the battle when the command windows occupy so much space in the middle of the screen. This doesn’t ruin the experience, but does show the absence of optimization that was put into this port for each system it went to, though that is a small price to pay for it being available on just about every current console.

Romancing SaGa II looks like a typical early ’90s JRPG, and while it does share many tropes it isn’t typical. The story begins with Varennes being ruled by Emperor Leon, who is making sure the empire is protected from evil and his two sons, Victor and Gerard. Victor is the rightful heir to the throne, but Leon wants to make sure Gerard has some combat experience just in case, so one can imagine that something bad is going to happen to both Leon and Victor so just in case makes Gerard the emperor. The world was once protected by the legendary Seven Heroes, but one of those Heroes is attacking the capital city of Avalon. The Seven Heroes returning to the world as villains is a bit of a twist, but that isn’t what sets this apart from other JRPGs since the great hero gone bad isn’t exactly an unheard of concept. Gerard becomes emperor during the prologue and is tasked with seeking vengeance and defeating the other Heroes. The twist comes in where Gerard will not be able to achieve this in his lifetime and his heir will have to take over this mission and this is where the mechanics start to deviate from the traditional JRPG format. 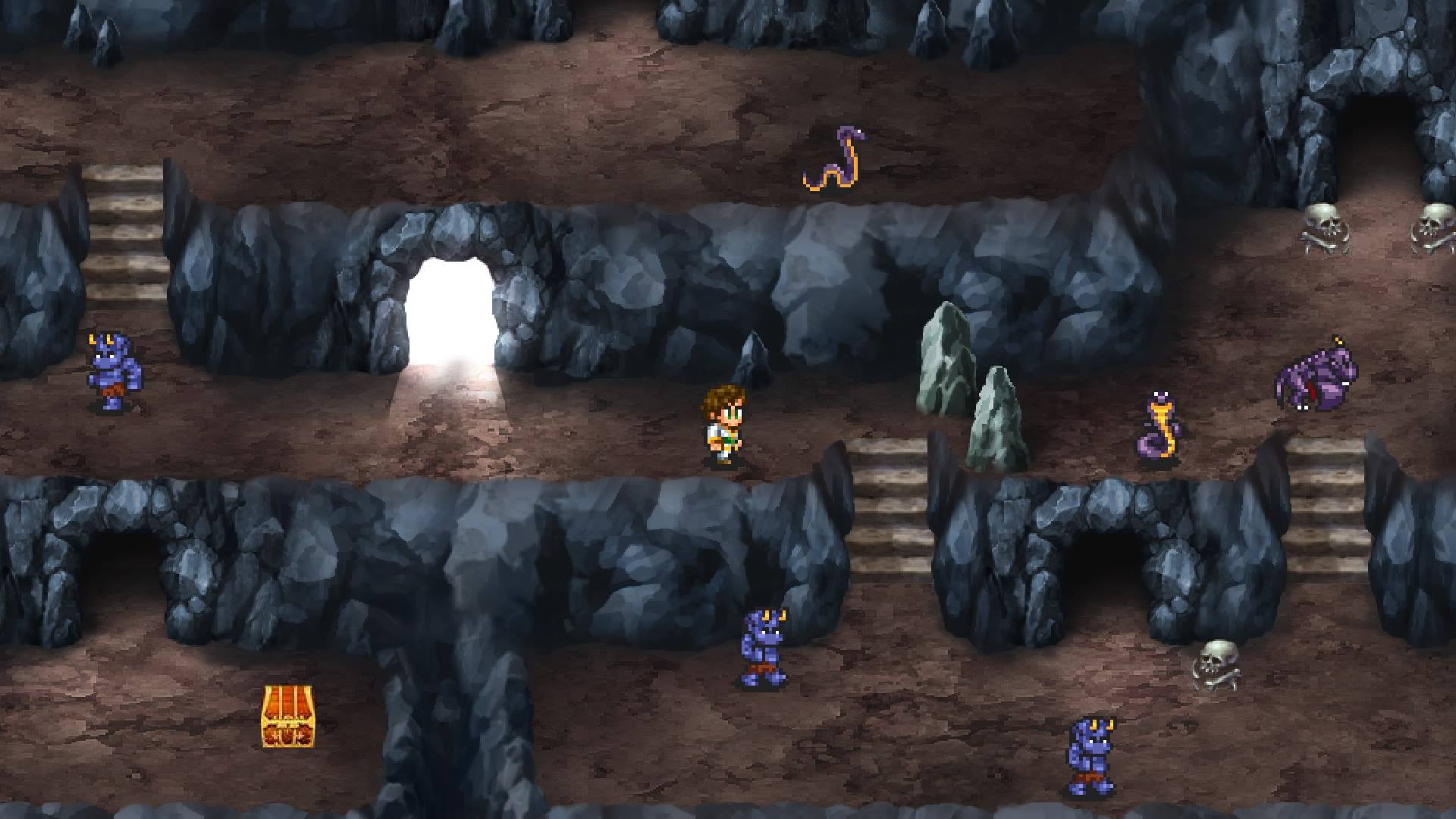 Enemies are seen walking about the world map and contact with them initiates battle which is the standard turn-based command entering system. An action is assigned to each party member, and then all characters and enemies will act in a computer-determined order. All surviving members are restored to full health after each battle and any slain members are permanently removed. Every time a character falls in battle they lose a life point and they’re dead for good once all life points are gone. If all parties are defeated, the traditional game over screen will not appear, but instead the player must choose a new emperor or empress to become the heir, inherit their predecessor’s power and recruit new soldiers from the castle to venture back into what other nest of monsters killed the previous party. In other words, don’t get too attached to anyone in the current party since it’s a safe bet you’ll be going through quite a few heirs thanks to the difficulty level rising quickly.

Battle does require quite a bit of strategy. The player can put their party into different formations that carry different pros and cons, and different weapon types have different levels of effectiveness against different monsters so figuring out how to pick different soldiers to recruit and how to equip them matters. Luckily each character can equip a few different weapons at once and cycle through them in battle. 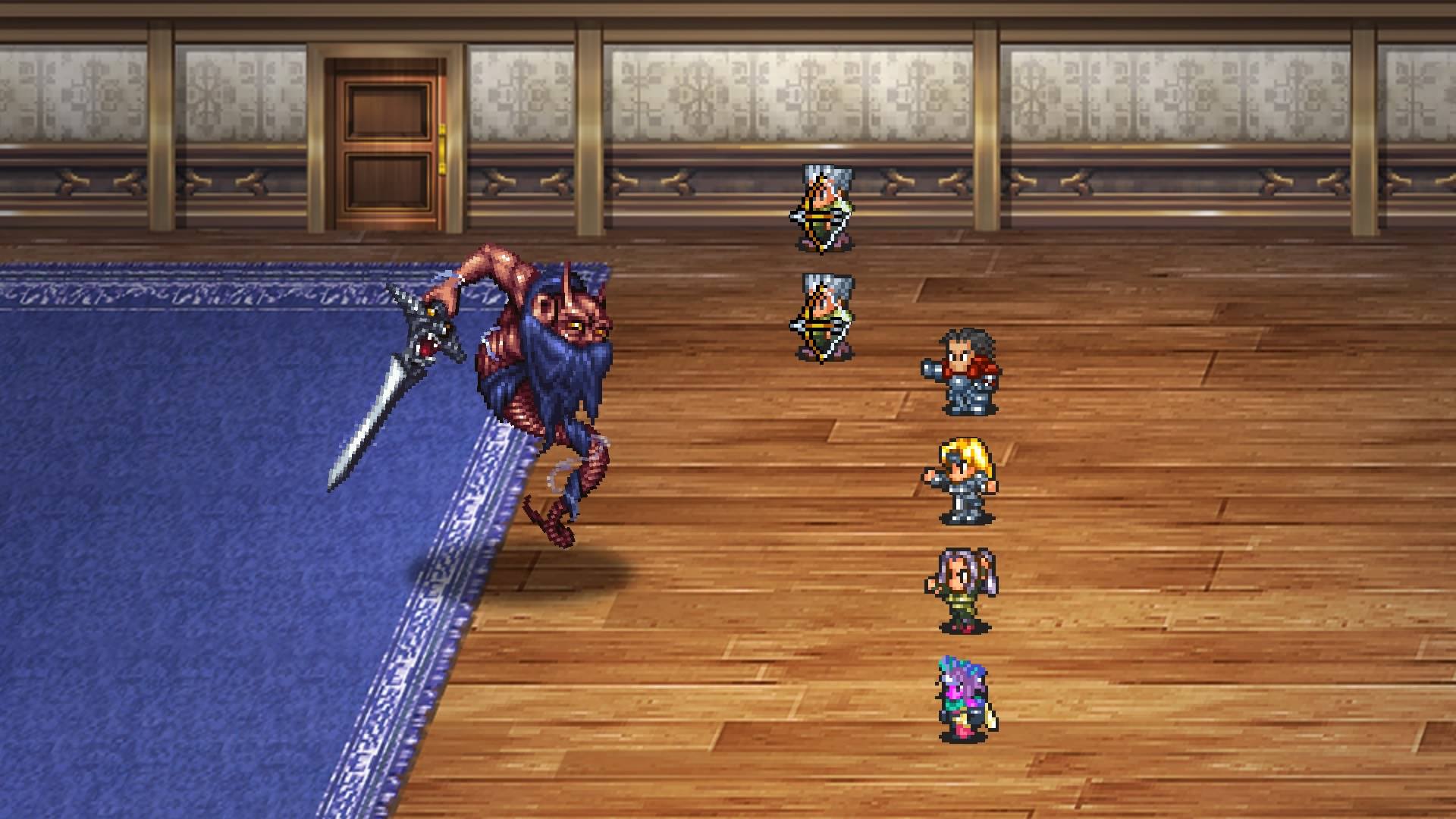 The way experience points and gold function in Romancing SaGa II is also different from the norm. Characters do not gain levels, instead their hit points increase in tiny increments after battles and their specific skills increase through usage, so if you want someone to be good with a bow and arrow they need to act as an archer in combat on a regular basis. One of the perks of ruling an empire is no shop keeper wants to take your money, so the player is free to stock up on any equipment they want which is useful since the empire doesn’t seem to send out search parties to loot the corpses of the previous party. Instead the money collected goes into the empire’s treasury, and gets invested into developing new equipment and expanding the empire.

Romancing SaGa II is an innovative approach to the JRPG template, though it may not seem as impressive or ambitious as it would have in 1993. There are a lot of good ideas, but the overall design has some issues. Difficulty is inconsistent where a party can be dominating a region but run into a regular battle and suddenly their party members have the hit accuracy as Mr. Magoo at a trap shooting tournament. A lot of the flaws that permeate the experience are due to the age. I can only comment on the PlayStation 4 version, but controls for walking around aren’t very good, it feels like there is a lag when pressing the directional button and when the character moves on screen which can get frustrating when trying to avoid the wandering enemies, especially if this includes trying to get through a door. The empire building feature may have been impressive at the initial release but is a bit underwhelming when compared to similar ideas in more contemporary games. The nonlinear nature of the story advancement allows the player to prioritize and balance different quests and explore at their own pace. For the 24 year old game they did update the visuals for the mobile port which does look nicer than it did at the original launch, but being as this is a port of the mobile game it doesn’t look all that nice on a large TV. 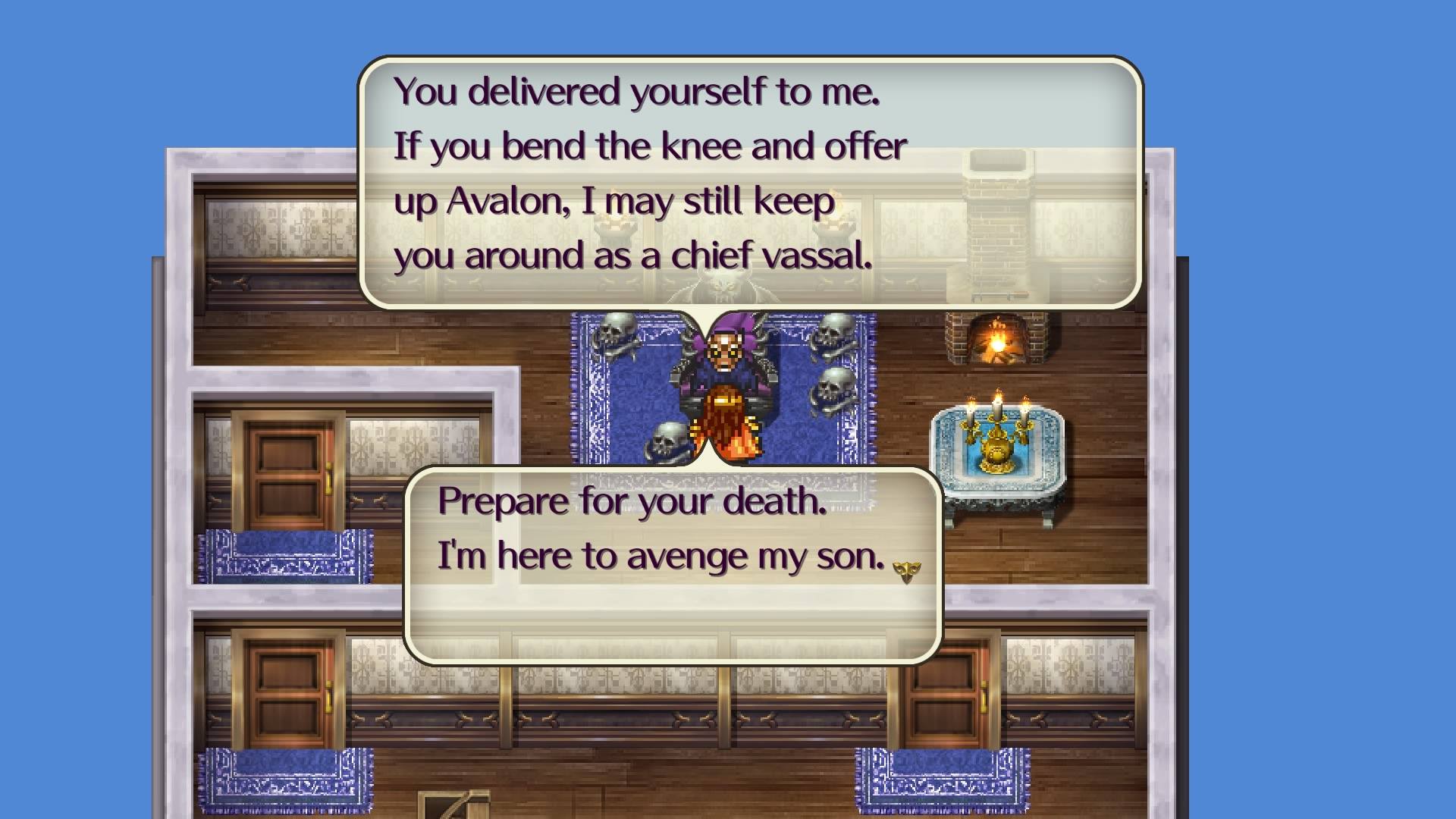 Romancing SaGa II is not without its issues, but it’s an entertaining title overall. Fans of the SaGa series should check it out just for the historical aspect of it, provided they have tempered expectations for what they will get from the experience. Romancing SaGa II has the look and basic gameplay elements of traditional JRPGs, but deviates from the standard formula with nonlinear story progression, an heir system where multiple generations continue the quest and a nontraditional character growth system. These ideas make for an interesting experience, but the game’s age shows the limitations of the execution of these ideas. Porting this title from mobile without any new updates to optimize the console experience wasn’t ideal, which shows in the text bubble interface that dominates the battle screen and in the poor controls. Anyone willing to overlook those flaws, however, can have a lot of fun with this one.