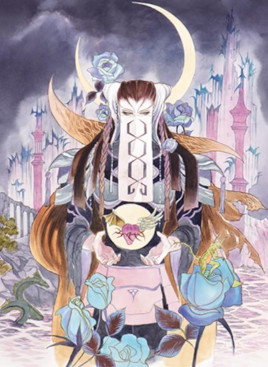 SaGa games didn’t start to take off in America until some after their initial releases. SaGa Frontier was the first time the name was used for an American release, which is the seventh SaGa game. The first three games were rebranded as Final Fantasy Legend on Game Boy and the three subsequent Super Famicon titles only became available much later as remakes or remasters. The first Romancing SaGa was released in 1992 and remained a Super Famicon exclusive. It was given a 3D remake and released for PlayStation 2 in 2005 as Romancing SaGa: Minstrel Song. Given the resurgence in interest to this franchise with the recent remasters of other titles, Romancing SaGa: Minstrel Song is getting remastered for modern hardware, making it a remaster of a remake of a relic.

In regards to JRPGs, SaGa games have a history for being a bit of an oddball. They eschew many conventions of the genre’s mechanics and try to incorporate more experimental approaches. The results of this shows across their games. They typically don’t include a conventional experience level system, but have some other means for characters to increase their stats and become more powerful over time. Instead of a singular protagonist, players can often choose from several options and this choice can drastically alter the in-game events.

There are eight characters to choose from with each of them starting in a very different part of the world. Albert is a Noble’s Son who starts at Isthmus Castle. Aisha is a Nomad who begins her journey in the Steepes of Galessa. Adventure Gray starts in Jelton while the Ranger Claudia hails from Mazewood. Jamil the thief pilfers his wares in South Estamir and the nordic Barbarian resides in frozen Valhaland. Dancer Barbara grooves in Weston and lastly the Pirate Hawke begins the journey on the Coral Sea in his ship. The starting stats are inequal among the characters but those differences don’t matter after a few hours in. 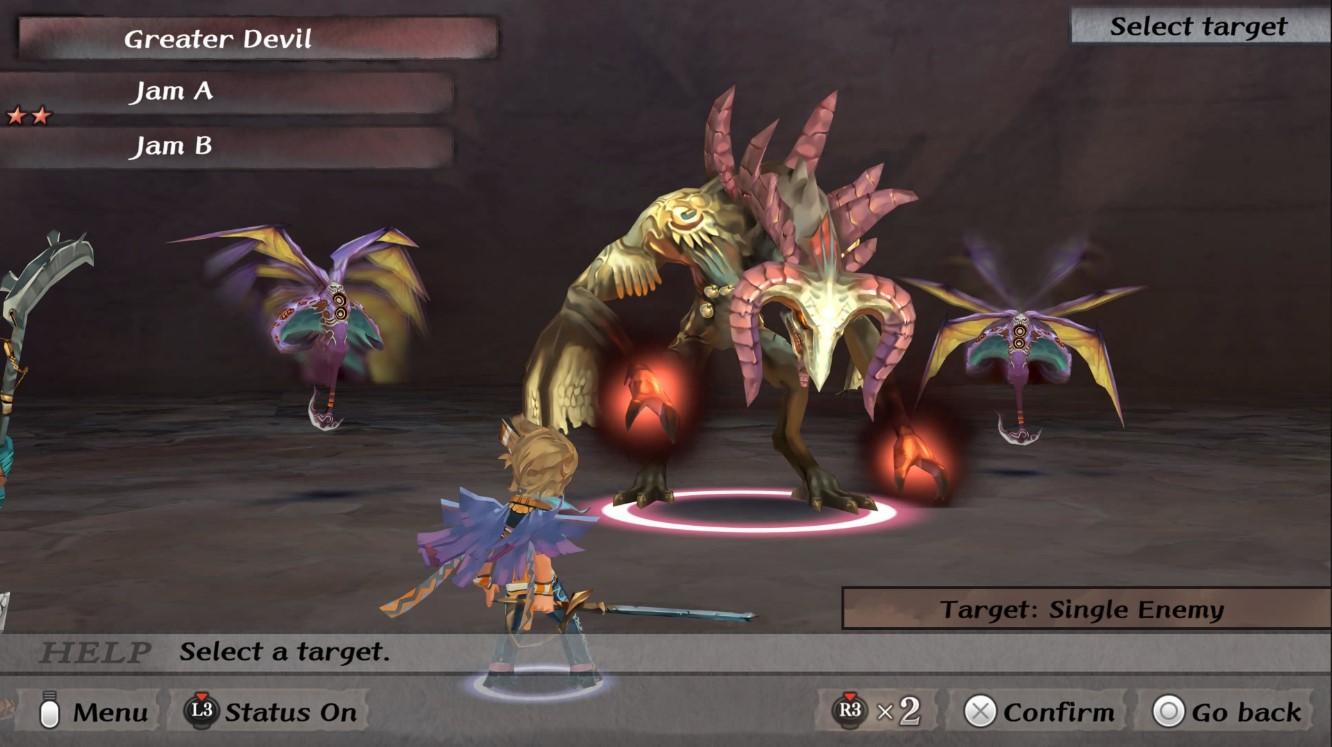 After choosing a character and selecting player gender (male, female, choose not to respond, unknown) the player will begin in their respective area. Each character has a unique intro to play through and after that they’re turned loose into the world to address the main quest and the myriad side quests Mardias has to offer. The introductory quests vary from in terms of how interesting they are. For example, Hawke goes through a sequence that includes an attack from a fleet of imperial ships, resulting in a rather exciting start to the pirate’s adventure. Sif on the other hand is tasked with clearing out monsters from three caves, and after a notable event happens, Sif has to once again clear out slightly stronger monsters from those three caves.

The intro section for each character is the main story development they get which compared to most JRPGs isn’t much. Regardless of where the player happens to be there is a Minstrel in the tavern of each town. He tells the player a story of three ancient and they were defeated in an ancient war. Saruin is imprisoned by the hero Mirsa, however, through the use of the Fatestones, but the forces of darkness are working to free him. The main quest involves finding the Fatestones to defeat Saruin for good though the the player is only loosely bound to this narrative. Progressing through different parts is somewhat dictated by geography of the starting character but how quests are tackled is largely left up to whatever the player feels like doing. There’s a fast travel feature to go between different locations which is useful, but the freedom is a double-edged sword. There aren’t quest markers to guide the player and the narrative is so sparse there are only vague instructions on what to do and a lot of time is spent aimlessly exploring a world that isn’t the most exciting in which to do so. 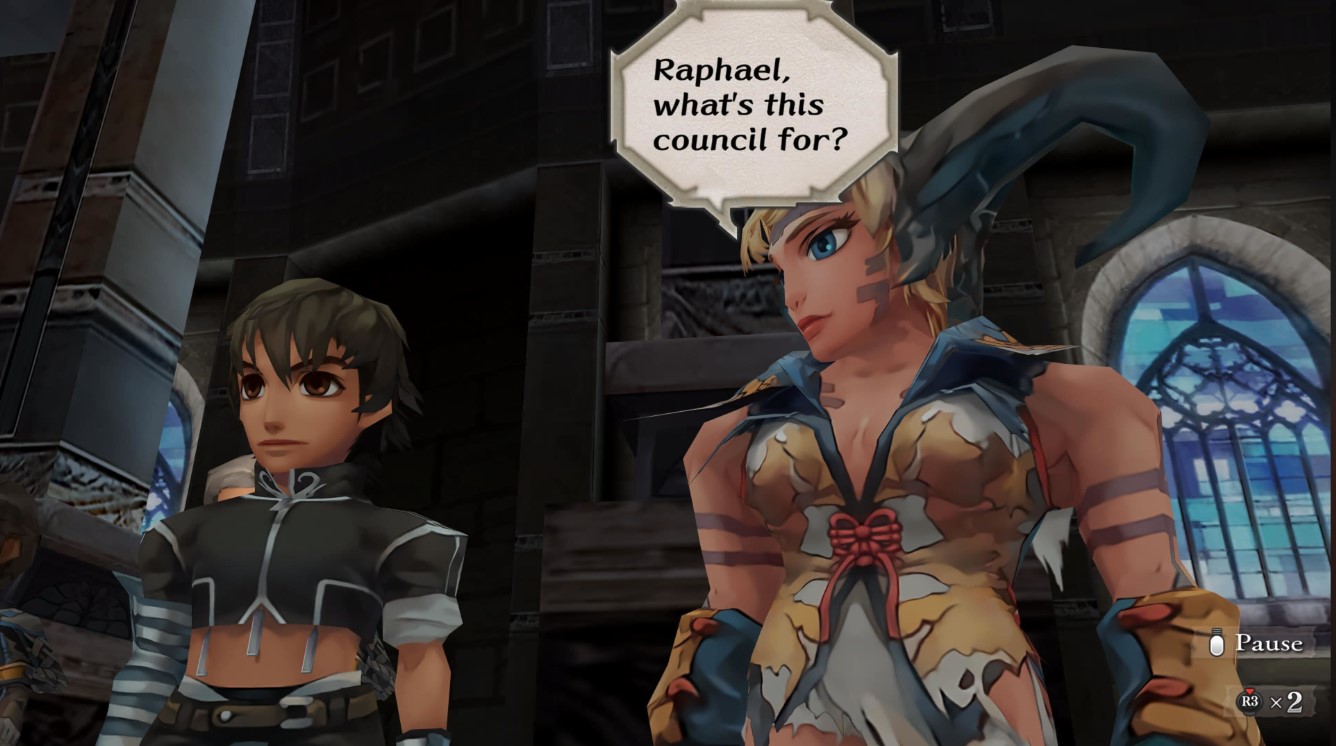 Party management is an important part of Romancing SaGa, but it’s best not to get too attached to your party members. The maximum party capacity is five, but there’s a permadeath feature of sort. Each character has a certain number of life points, and everything their hit points are reduced to zero they fall in battle and lose a life point. All hit points are recovered after every battle, but life points can only be recovered by staying at an inn. When a character reaches zero life points they are gone for good, with the exception of the chosen hero, then it’s a simple game over. The player can meet other party members in town. Some of them are NPCs that seem like they have an interesting story, some are just generic warrior types and others happen to be among the other heroes the player could have chosen. The Minstrel can be used to kick out party members if the player wants the space to recruit new members and the Minstrel can even be convinced the join the party. Because players recover all their health after battles, even the fights against basic enemies can be taxing, so it’s best to build up a good party based on what everyone brings to the table.

In lieu of a level up system, Romancing SaGa: Minstrel Song has its own approach to powering up the player. Attributes such as HP, agility, vitality and so on randomly increase after battles. Characters can be equipped with multiple weapons at a time and using the same weapon type regularly will sometimes trigger special attacks which will be learned by the character to use in battle. Using these special attacks after initially learning them will cost durability points which require a trip to the blacksmith or inn to replenish, forcing characters to exercise some restraint with resource management. Enemies are visible on the world map and when they make contact with the player, a turn-based battle begins. Different classes have different proficiencies which include unlocking new classes, leveling-up current classes or acquiring new proficiencies which requires a trip to the hooded salesman. The system is unconventional and somewhat complicated. On one hand credit is to be given for trying such an unconventional approach, but there’s a reason why the tried-and-true level system is so popular within this genre. The low emphasis on story development and direction makes combat the main focal point of Romancing SaGa. 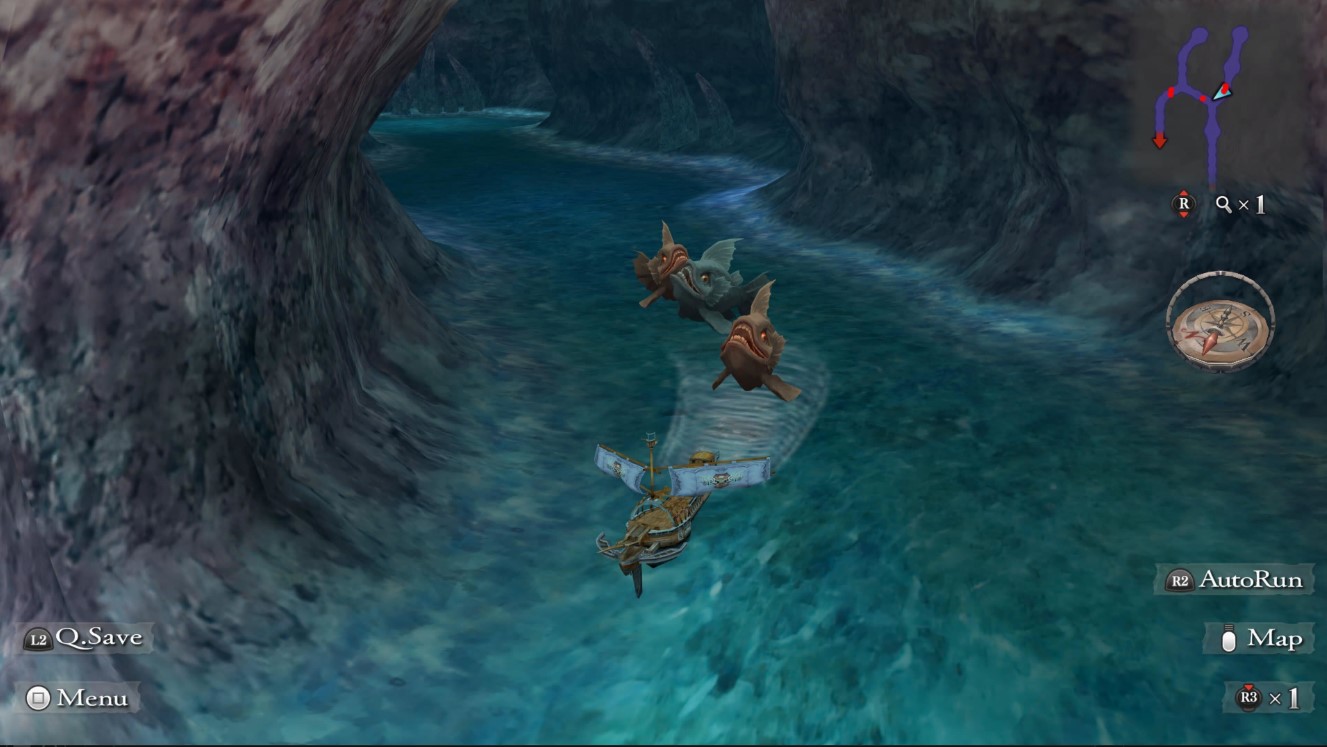 Romancing SaGa: Minstrel Song was probably a groundbreaking RPG in regards to open-world gameplay in 1992, but feels much less so nowadays. What was once innovative has become antiquated, which in itself isn’t necessary bad, but many aspects just haven’t aged well even from the 2005 remake. A common criticism of modern gaming is they hold the player’s hand too much, and while that’s a valid statement, Minstrel Song can be criticized by going to the other extreme. The lack of quest markers and leading players to quest objectives is meant to encourage exploration, but the world of Mardias isn’t the most exciting place to explore. Entering new areas can guide the player to new quests that are part of the primary objective and several side quests that are typically boring fetch quests. These are encouraged as they can shape the outcome the game, but they can get tedious quickly. The unstructured approach to completing the main quest was of historical importance when this was originally released, but the execution of it makes the game feel unfocused. There are many interesting ideas that seem interesting in Minstrel Song, but the execution of them is uneven. There are many features seen in this title that were repeated with more polish in future SaGa titles, but aside from experiencing this for the historical context of SaGa games and classic JRPGs in general, it simply isn’t that enjoyable of a game except to the most hardcore SaGa fans.

One of the nicest features included is using the R3 button to double the game speed. Because there’s so much exploration combined with lengthy battle sequences, being able to speed things up can make playing a lot more enjoyable. A quality-of-life improvement that’s missing is using the right stick to control the camera. Fixed cameras were more acceptable back in 2005, but there were plenty of times during the review not being able to control the camera angle was a constant source of vexation. The art style is weird and it’s as if they were trying to recreate 2D sprites in a fully 3D game. Other opinions may vary, but personally this is not a great-looking game. They did smooth out the textures so things look fine on 4K displays, but the end result still looks like a high-definition PlayStation 2 game, which is basically what it is. Like other aspects of this title there’s an inclination to want to give credit for a creative approach to artistic design, but the actual results are not that aesthetically pleasing. The soundtrack is surprising fantastic. Even with an opinion that’s divided over many aspects about the narrative and gameplay choices, this is a soundtrack worthy of a standalone purchase. 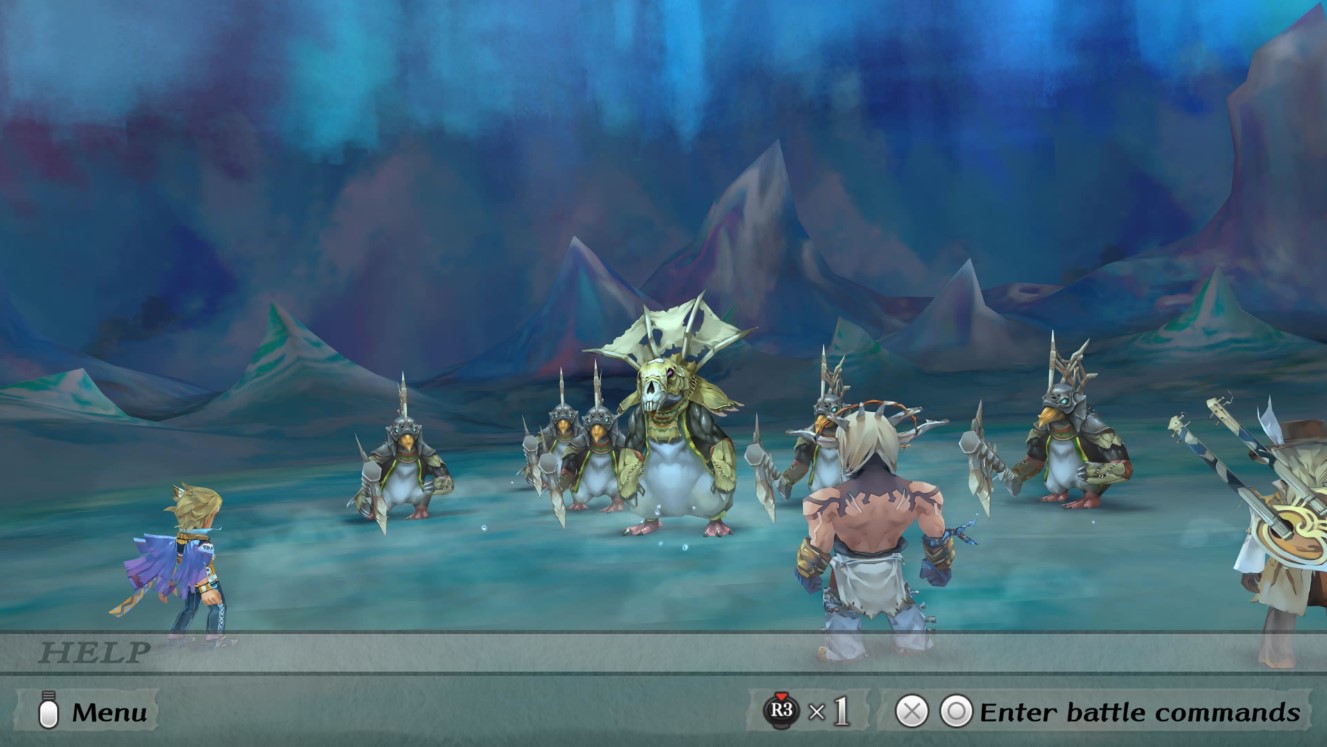 SaGa games have always felt like the odd man out in the world of JRPGs and Romancing SaGa: Minstrel Song is no exception that statement. SaGa games have always tried to be innovative, often times feeling like they’re prioritizing experimentation over making an enjoyable game, and Minstrel Song is one of them. The battle system is one of the more interesting features with the different elements such as durability points for weapons and life points for characters making many of the most basic battles feel like they’re a high-stakes encounter. The lack of structure in completing the main quest and side quests is a double-edged sword. It’s nice to have the freedom to explore Mardias and address quests in whatever manner the player feels, but the low emphasis on story and a rather bland world didn’t offer much encouragement to do so. Hardcore SaGa fans will likely chalk that up to just being the quirks of a SaGa game and have a great time with this. Fans of more conventional JRPGs are less likely to find what they want here.