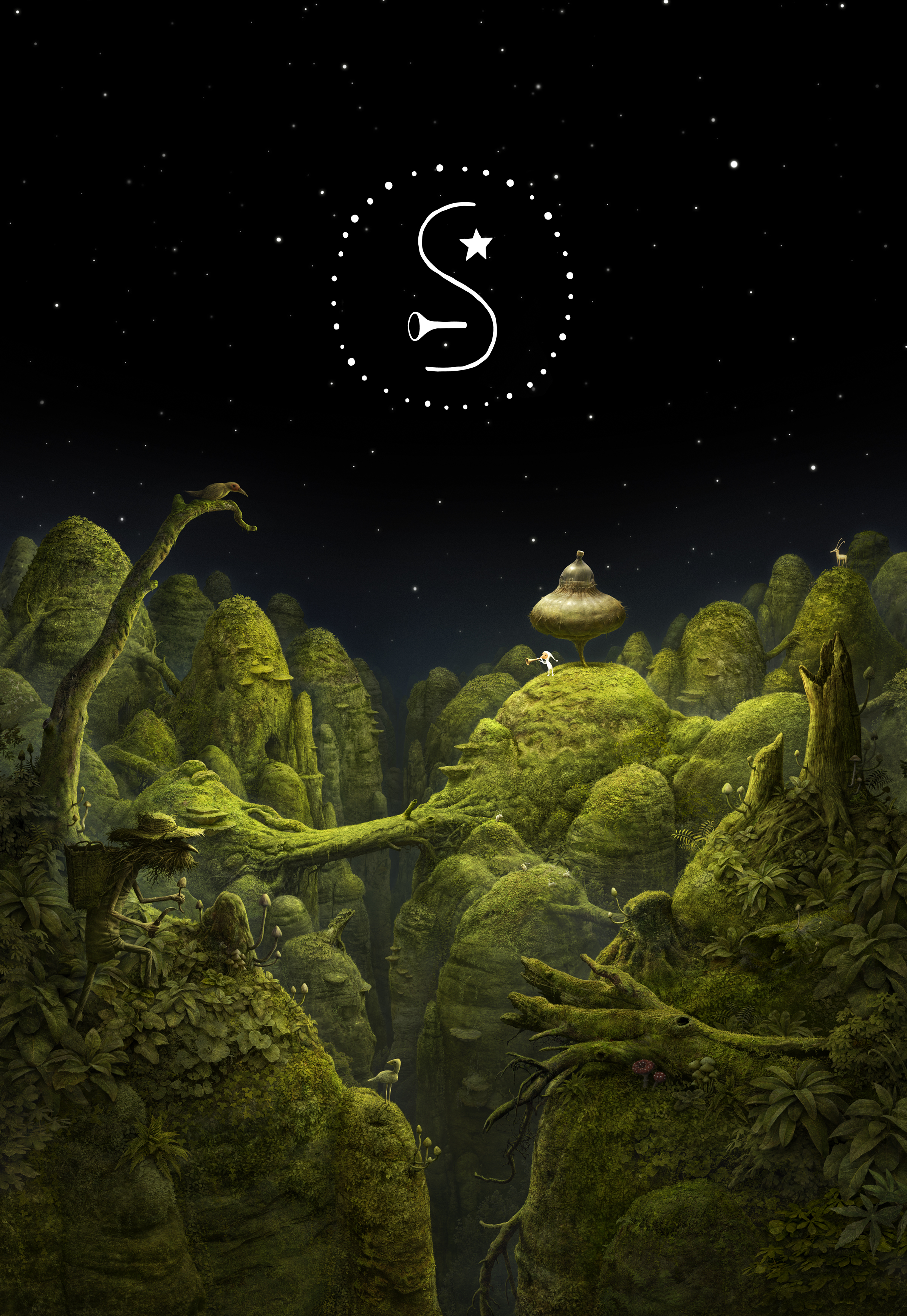 The gnome lives alone with his dog on a secluded little planetoid in a weird little section of space. It’s a quiet life, for the most part, but every few years adventure comes calling.  The first time was back in 2003 in a free game that’s still available and playable in any web browser, while the second adventure was a full release two years later.  Eleven years is a long time to wait for a sequel but Samorost 3 picks up right where the last game left off, with the gnome comfy and safe at home but a bigger world outside his door calling for his attention.  It’s too much to resist for the inquisitive little guy but, without a spaceship any more, he’s stuck at home unless he can cobble together the parts necessary to build a new one.  Luckily the gnome is in a point & click adventure game so that’s not going to be too much of a problem.

Samorost 3 is exactly the game you’d expect if the developers of the first two had years of experience and much better tech backing up their initial talent.  The worlds are bigger and stranger than ever before, rich with detail and wonderful imagery, and filled with puzzles built off figuring out the ecology and strange machines littering the different planets.  Each world is a beautiful little microcosm of strange nature, from the biggest multi-screen planets to the smaller single-screen asteroids, each with its own unique design and environment.  The gnome lives in a gorgeous section of the universe, and he’ll need to explore every bit of it to restore harmony to his broken sector of space.

Harmony is important, too, because while Samorost 3 isn’t a music game it’s about as close to one as a point & click adventure can get.  At the game’s start the gnome finds a lost trumpet, used for both listening to sounds and responding to the ones he can duplicate with the horn, and you’ll need to keep a careful eye out for the sound waves emanating from background objects to find everything.  Some sounds are useless, simply there as background detail, but the ones the gnome can respond to usually give out information necessary to progress. 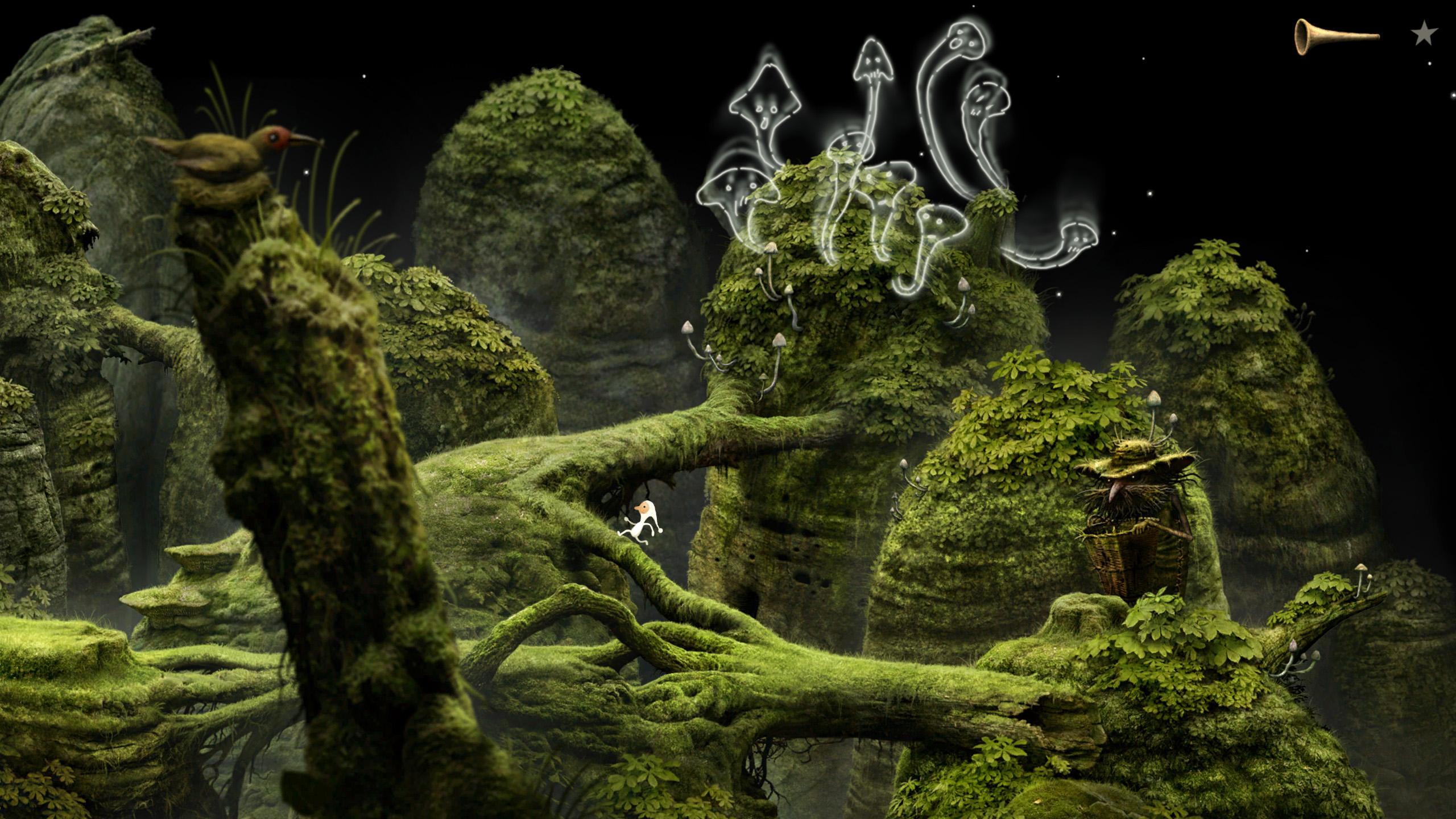 Other musical bits are simply there for the fun of finding them, such as when you find out how to stack bugs in a certain way or get all the bats flying in a cave.  Finding trinkets is always a nice way to keep a player looking in odd corners and trying different things, but fleshing out the soundtrack on a game with such excellent music is a reward worth searching for.

The main puzzles are, for the most part, fairly straightforward, with only a few being tricky.  A lot of puzzles require repeating actions, such as clicking on a seed multiple times to get it bobbing long enough to catch the attention of the birds, and one or two require a bit of backtracking across a series of screens.  Thankfully it’s usually obvious that the backtracking is having an effect, and won’t require more than a trip or two to complete the goal, so it doesn’t have time to get too annoying before the puzzle is completed.  Samorost 3 already feels like a short enough game that anything trimming down its length is unnecessary, but to be fair the game is a little over six hours long if you don’t chase after the post-story content.  That’s actually just about perfect for most games of this type, but Samorost‘s worlds are so pretty and fun to explore that it’s sad to leave when it’s done. 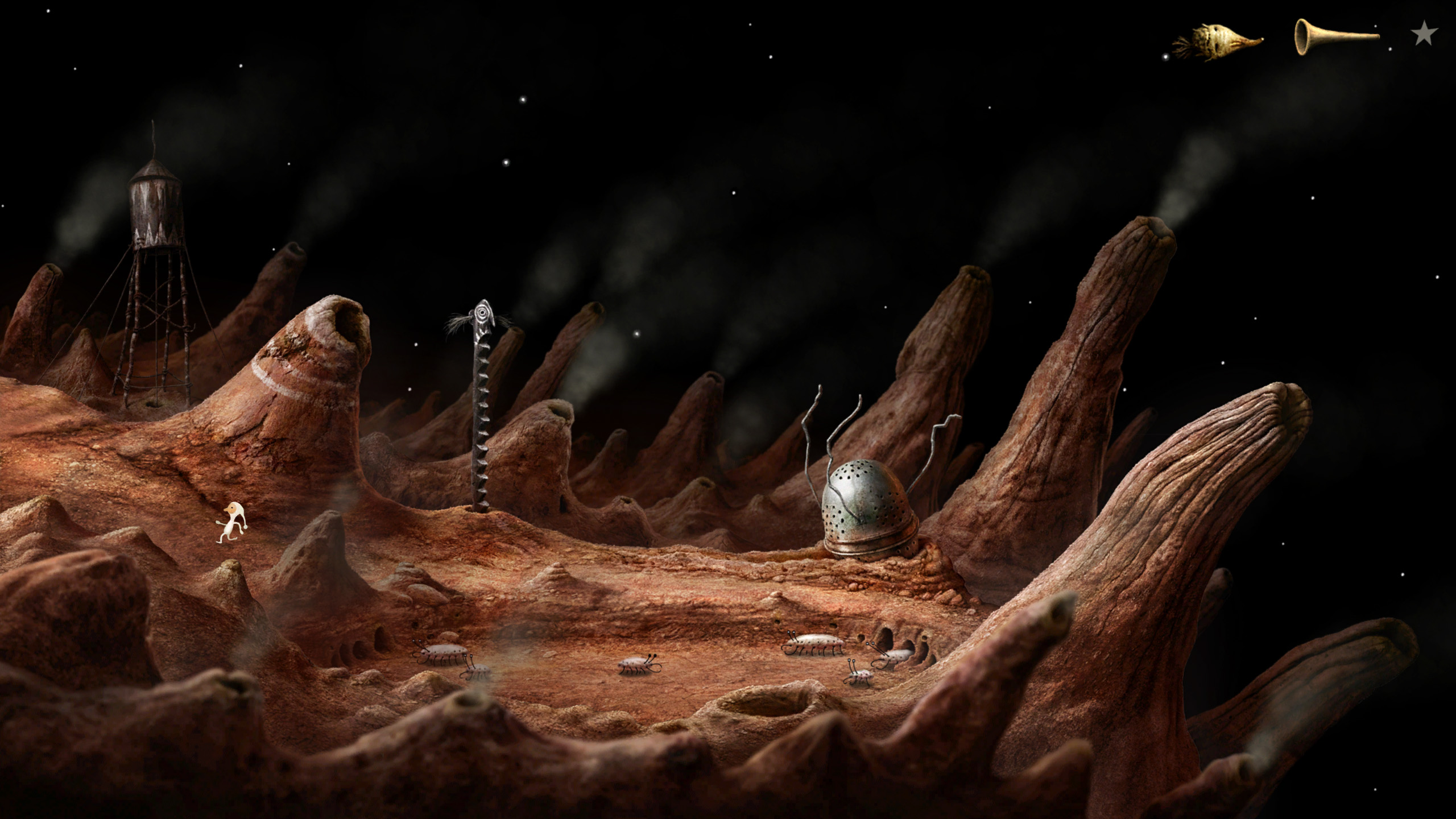 Samorost 3 is a fantastic point & click adventure game, and a perfect sequel to the previous two.  It’s the full realization of the style of its predecessors, filled with strange plant and bug life that’s somehow charming despite being occasionally creepy.  The people inhabiting the worlds fit in perfectly with their environments, and the story even gets a little bit epic near the end.  It’s not overly difficult and the wonderfully-illustrated hint guide cleared out the only puzzle I got sick of failing to solve (due to it seeming to require endless trial and error) in no time at all.  Samorost 3 is a beautiful, clever and wonderfully-designed adventure and its only major problem is how much I hate to leave its universe behind now that it’s been completed.