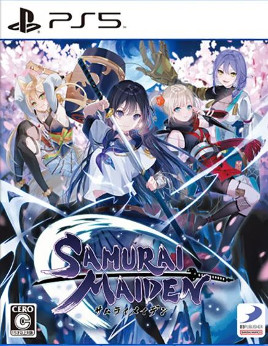 Anyone who has gone through knows that life in high school can be a drag. History classes tell tales of great wars and world-changing events, while the students are stuck in the drudgery or a loop of going to school, doing extra curricular activities, going home to study and sleep and repeat the next day. It’s easy to daydream about being in the more exciting times that are covered in the curriculum. People who daydream about such things never get their wish. People who learn about time periods and are thankful they weren’t around in that time are exponentially more likely to go through a time warp, and such a thing is what happened to Tsumugi Tamaori. A typical high schooler suddenly finds herself mysteriously displaced in time to the Sengoku period where she finds herself having an audience with Nobunaga Oda.

Thus is the basic plot of Samurai Maiden where Tsumugi is transported back to the pages of her history textbook, though things aren’t quite the way her school’s curriculum would have her believe. She finds herself face to face with Nobunaga who casually hands her a sword with instructions to fight. She’s also greeted by three different ninja women, who have certain details that her textbook also omitted. Without much further ado, Tsumugi finds herself fighting off hoards of the undead minions of the Demon Lord, which likely reinforces her earlier thoughts of being glad she wasn’t born in this era.

Tsumugi’s new friends are different from each other, but they all quickly become close to each other. Iyo is a ninja warrior who serves Nobunaga. She’s an accomplished ninja and respected by her master but is often crushed under the weight of her own self doubt. She quickly takes a shine to Tsumugi as she feels her new friend from the future can accomplish anything. Hagane is particularly affectionate to Tsumugi after they meet. She’s unique in that her body has mechanical enhancements, along with other qualities that pique Tsumugi’s interest. Komimi appears to be the most otherworldly out of the three new friends. She possesses pointy ears atop her head and a bushy tail. Tsumugi can’t help herself in wanting to stroke the furry tail, much to the irritation of Komimi. 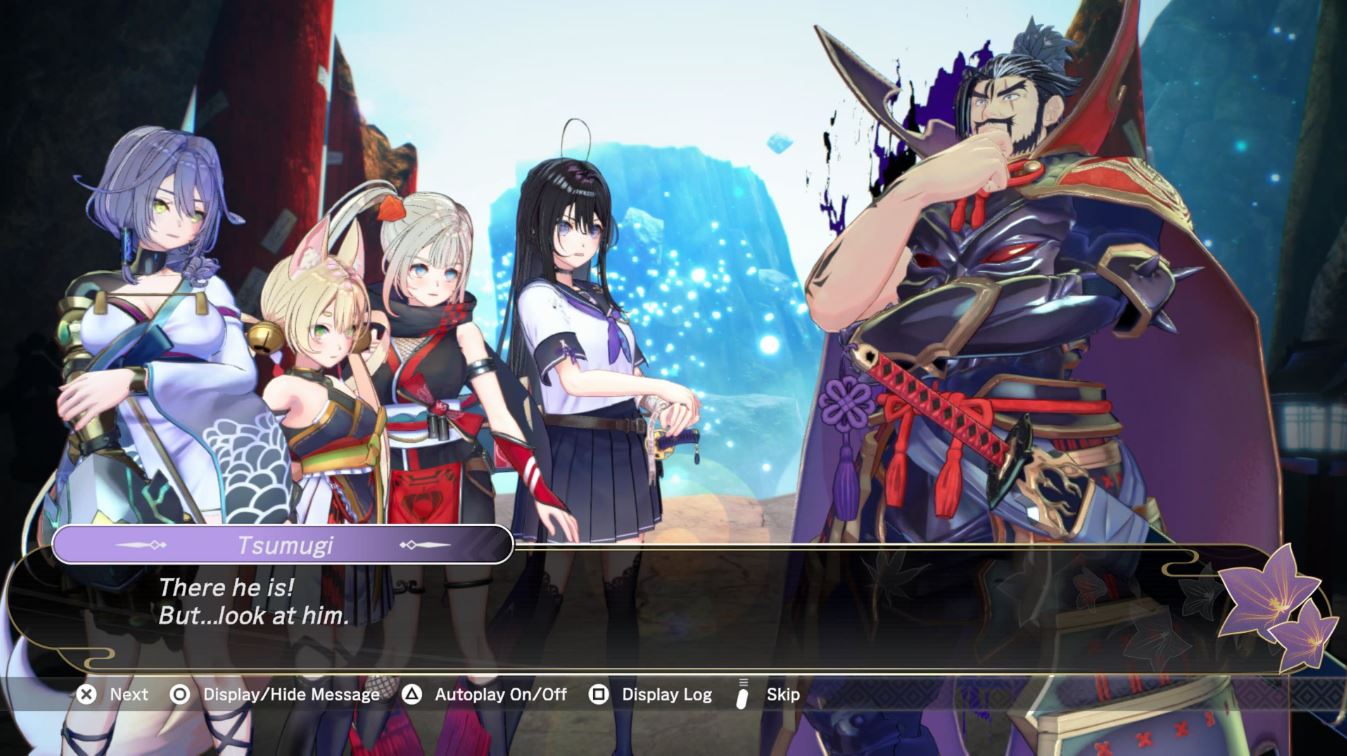 While it is nice to make new friends after traveling a few centuries to the past, the kunoichi companionship is just as valuable on the battlefield. Each of them has a special attack that can be used when their gauge is full and a unique ability. Iyo’s special attack is throwing multiple flaming kunai, but she also carries a several useful tools. These have finite uses in each stage, but having access to decoys, landmines and healing pots is a major help. In battle Hagane can extend her mechanical arm and send an electrical current through it to shock the hostile undead. Outside of battle her arm can be used to grab out of reach treasures or function as a grappling hook to swing across gaps too wide to jump. Komini has a massive hammer that’s enchanted with ice magic. She also has the strength to pick up large bombs that might be laying around and hurl them the legions of undead. Only one companion can be active at a time, but outside of a few exceptions, the three can be swapped at will.

Progression in Samurai Maiden is straightforward. Each chapter is bookended with cutscenes. The actual levels in each chapter aren’t long; the lengths vary, but fifteen minutes is about the upper limit of them. The levels are what one would expect to find in a game such as this: some platforming, a few minor simple puzzles and mostly sections of battle. Some chapters are just boss fights but most levels are divided into areas with weak enemies, a few fights with a miniboss and their minions and finally the end of end level boss. Tsumugi’s affection level increases with each individual ninja companion the more they’re used. Increasing affection levels unlocks bonuses and some bonus levels called Bubble Pockets. These levels are shorter and less challenging than the main chapters, and completing them can unlock additional bonuses for the ninjas.

Cutscenes are frequent occurrences in Samurai Maiden. This isn’t too surprising considering the very different worlds the characters come from. Tsumugi’s new friends are fascinated with her cellphone and knowledge of Nobunaga from the future, and like most people who possess the wondrous technology contained on smartphones, most of their usage come from taking selfies together. When they aren’t discussing the wonders of demon world, the day-to-day life of a ninja and what being Gen Z entails, there’s much discussion of their budding friendships, and like a few other games out there there are some not quite confirmed but also not subtle undertones to these interactions. 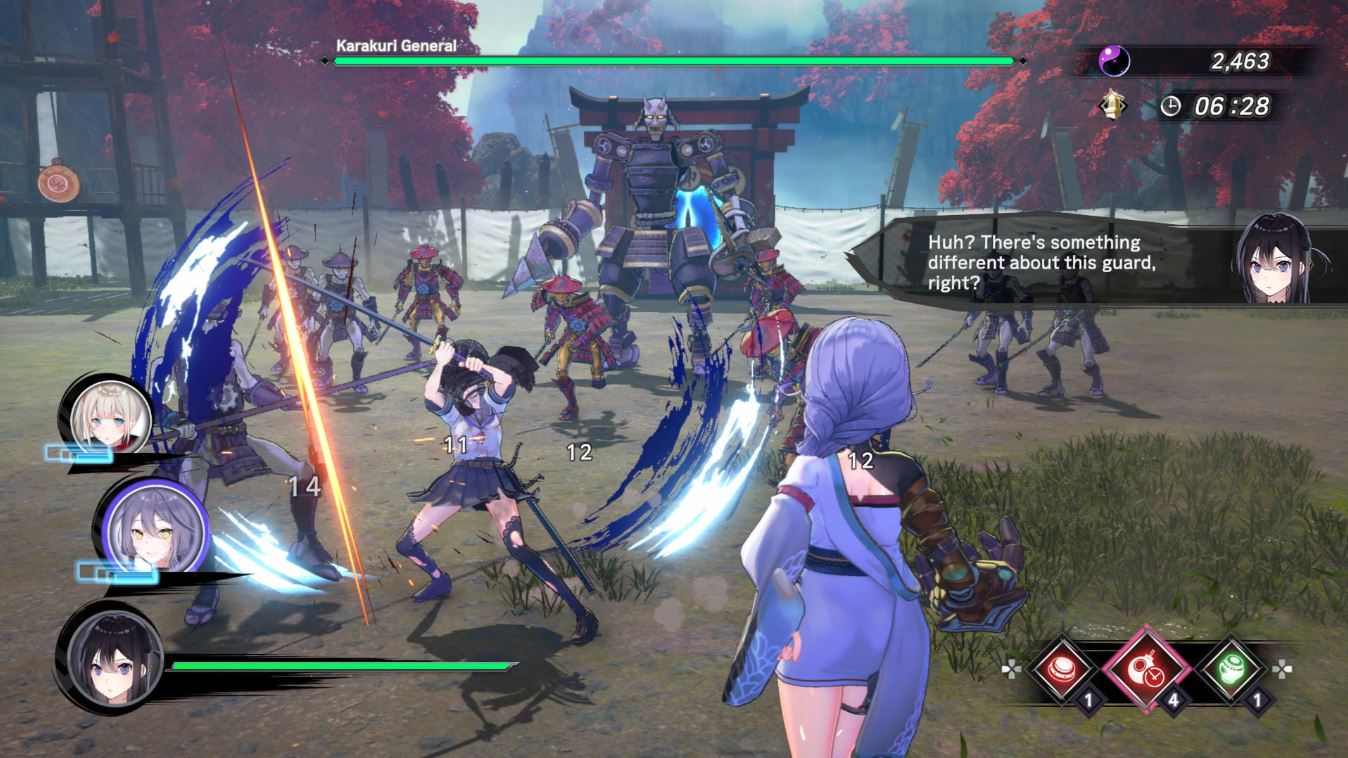 While clearly having its own identity, Samurai Maiden draws some immediate comparisons to Nights of Azure and Onechanbara in regards to some of its themes and gameplay mechanics. The cutscenes sometimes last longer than necessary and the dialogue isn’t the greatest, but the general story is an interesting concept, even if not the most original idea. Some of the battles, particularly boss fights toward the end, can be cheap. There’s so much action going on screen Tsumugi can be concentrating on hacking at a downed tengu while an attack from some off screen enemy knocks her over, leaving her open for the undead legions to pile on. Despite how this type of defeat can be frustrating, the challenge was never so difficult that it couldn’t be overcome after a few tries. Tsumugi does have an impressive repertoire of moves, especially if she has spent time bonding with her companion. The special attacks of her companions can also go a long way in counterattacking the power imbalance against powerful bosses, where a well-built party can execute short bursts of spamming special attacks. Despite the fact that camera seems to have sided with the Demon Lord and some combat mechanics could have benefited from more polish, my time spent in the underworld hacking away undead was overall a good time.

The Sengoku version hell has interesting environments to explore, ranging from snow-covered mountains to underground infernos. This is especially true of the Bubble Pocket levels where even more creative liberties are taken with the laws of physics. The undead and demonic minions looks like what one would expect to find if an Evil Dead movie took place in the Sengoku period, though more enemy variety would be nice. There were a few instances during the review when the game would freeze for 5-10 seconds before returning to normal, and one of these times it crashed completely requiring a software reboot. Hopefully these issues can get ironed out with post-release patches. 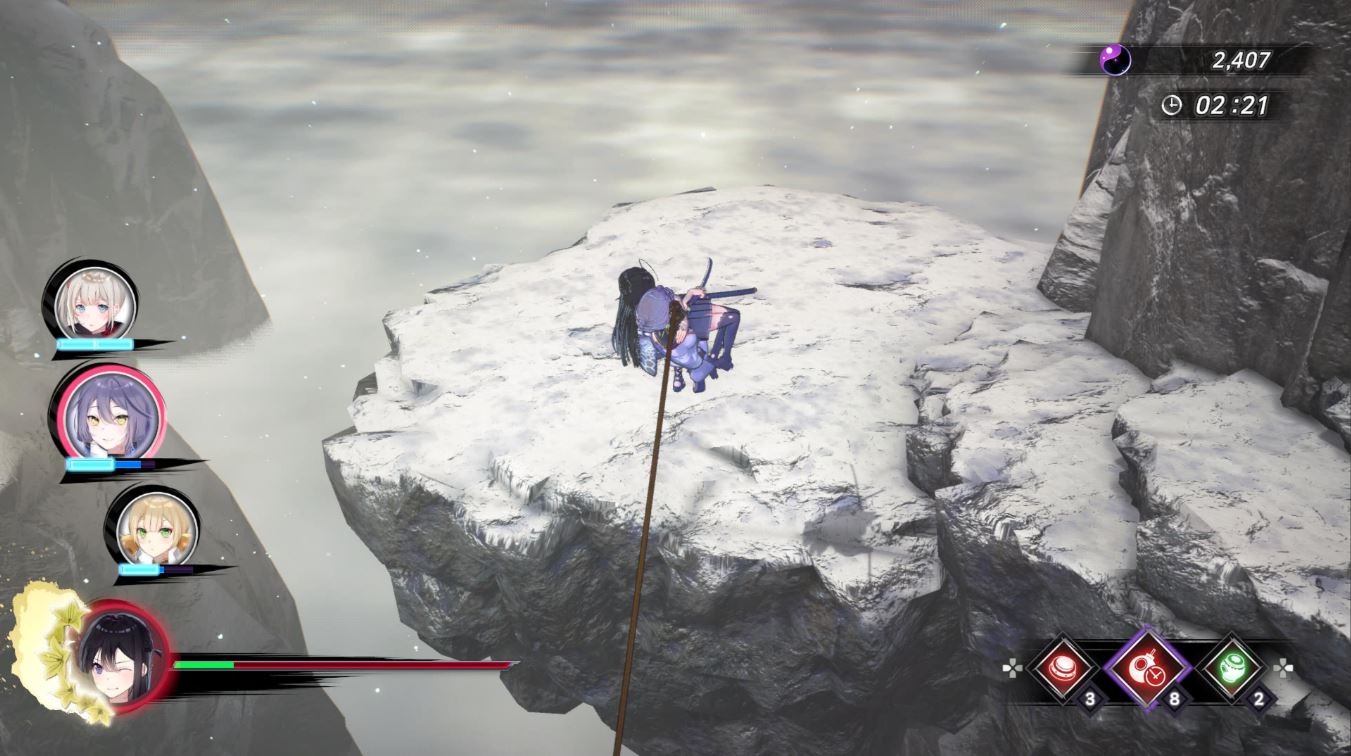 Despite having an original story and setting, many elements of Samurai Maiden bring about a feeling a deja vu. Watching the relationships develop between the four heroes over the backdrop of slaughtering endless legions of the undead feels similar to a few other games. Nevertheless, despite some of the flaws mentioned like the dialogue not being the greatest or combat mechanics being too loose, this is a good execution of the formula. Hacking through the undead soldiers and the more-powerful demons and blobs can devolve into mindless button mashing, but the various assist commands from Tsumugi’s companions keep things from ever getting too stale. Nothing about Samurai Maiden is particularly exceptional, but everything comes together well enough where it’s a still a worthwhile title for fans of the genre.