Ever since the current generation launched in 2013, Microsoft had at least one feature over its direct competition: external hard drive support. For whatever reason, it took Sony a couple of years to implement this feature into their PlayStation 4, but I suppose it’s better that the Japanese company was late over the alternative of never releasing support at all. This has opened up opportunities not only for gamers to extend their storage space without having to crack open the system, but for hard drive manufacturers to step up and offer official support. That is exactly what Seagate has done as they have brought the first ever PlayStation 4 branded external hard drive to the market.

Seagate has already released Xbox One external drives over the last few years, and most of them have come in a bevy of different shades. It initially started with green, then Crimson Red, and now even white to go alongside the Xbox One S. For the PlayStation 4 owners, they get arguably the best as the color scheme is pure black on the top and bottom with a dark blue outlining riding the sides. This is also a much smaller device than most of Seagate’s external hard drives, which is about 50% less depth making it even more portable. It also comes with a slightly heightened and textured logo in the corner, making it even more visually pleasing. It features a 3.0 USB cable, but the downside, like most of Seagate’s external hard drives, the cable is incredibly short, coming in under two feet long. With that said, you shouldn’t need too much length if you’re running it from your PS4, and some may consider it less cluttered with such a short length. 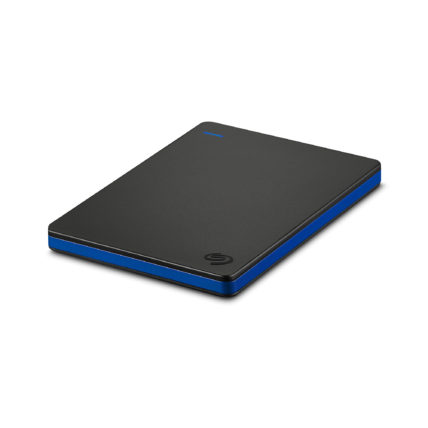 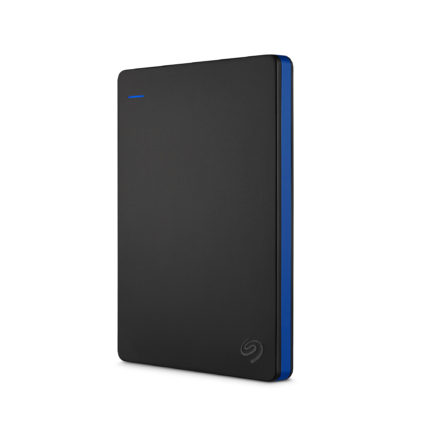 As for the PlayStation 4’s external hard drive support, the only downside is that you can only have one drive going at once. So while we tried to hook up multiple devices, we were forced to turn one off to access the other. It also takes a little bit of menu searching to actually format the drive to be used on the PlayStation 4, but once it’s done, it’s very easy to move data between hard drives. Of course speed is an important factor to any hard drive, and for the most part, the Seagate PS4 drive does fine. It definitely won’t break any records as we tested it transferring back and forth from the internal drive with multiple games, and it averaged out at around 66.46MBps. On the bright side, the external drive runs surprisingly quiet and doesn’t vibrate too much.

Now for what everyone is waiting for: load time tests. Unfortunately, while we would have loved to test this against the stock PlayStation 4 hard drive, we had removed it long ago in favor for a 2TB Seagate 2.5” drive. So at this point, this is more of a USB vs SATA comparison. All values are in seconds.

Hitman starts off strong but slowly goes downhill. Booting into the game and loading into a pre-existing save file shave off a good amount of time. Loading into a new mission has a second or two different in favor of the internal drive, but it’s the leaving a mission that makes a HUGE difference, with almost double the load time required on the external drive.

While it’s not a huge difference, Final Fantasy XV actually improves from running off an external drive. Loading the save file does shave off a few seconds, with fast travel and booting into the game itself being marginally better.

This one is entirely up to debate as to whether or not the load times are determinate on the sever load. Getting into the game and loading the save file go in favor of the internal drive by a few seconds, but the biggest gap is the fast travelling to Kugane which saw a 33% increase for the external drive.

This comparison came out more or less the same, with a matter of a second (if that) between load times. Because there are no battle load screens, whether you play it on the Game Drive or on the internal Seagate, you won’t see a difference.

The boot time and load from a save file are essentially the same, but the load between areas via train was actually improved by nearly 4 seconds on the Game Drive. Being an open world to explore with minimal load times, this really won’t have that big of a difference, though.

Unfortunately, of all the games we tested, Bloodborne came out the worse for the Game Drive. It lagged behind the internal drive on almost every test, with only the travel to Hunter’s Dream being the only small difference.

Similar to Bloodborne, Uncharted: The Nathan Drake Collection didn’t fare in the Game Drive’s favor, but to a much lesser degree. Of all the tests we have run (be it on PS4 and Xbox One), not only did the boot time remain exactly the same, but loading into Uncharted: Drake’s Fortune and Uncharted 2: Among Thieves was exactly the same. Regardless, there’s only a couple seconds difference.

If there’s one thing to take away from Persona 5, it’s amazing how fast the game loads. Unfortunately, boot time is increased on the game drive by about 50%, but the rest of the game loads perfectly fine. In fact, loading a save file took us the same amount of time on both drives on the dot.

The free-to-play Warframe held up well on both drives, although the internal Seagate came ahead by a couple of seconds in the end. It’s a small difference but it gave the internal drive the win in the end.

This comparison was more fun than anything else being big Dark Cloud fans. We wanted to see how the PS2 classic would hold up on both drives and… well they’re exactly the same, plus or minus a few milliseconds. 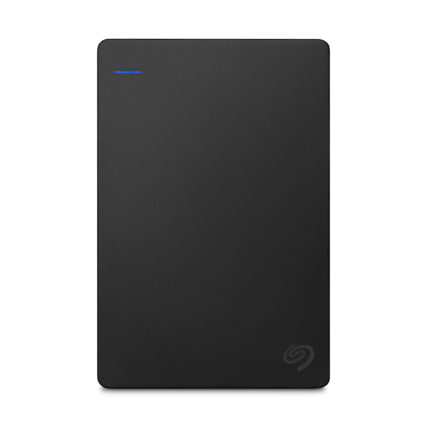 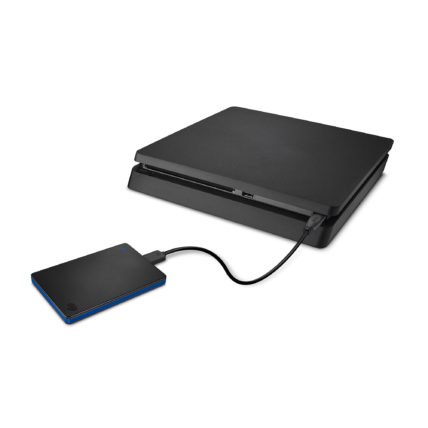 Whether you have the standard 500GB PlayStation 4 model or 1TB, having more space is important if you play a lot of games, especially considering most releases are becoming increasingly larger. Fortunately, Seagate offers something for everyone. While we weren’t able to test this against the stock PlayStation 4 hard drive, the external HDD was able to hold its own against an internal drive, with some load times being in its favor, while other differences being generally marginal. It helps this is a quiet, compact drive. If you don’t already have a third-party 2.5” internal hard drive stuffed in your PlayStation 4, something to have on the go is helpful, especially considering how easy it is to convert into a standard storage device if you want to use it on PC. If you’re looking to extend your PlayStation 4’s space, Seagate has just what you’re looking for.