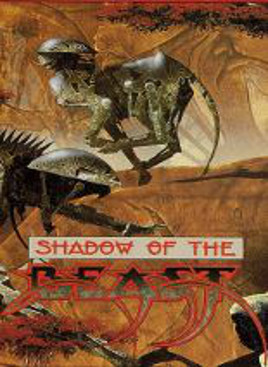 Staying true to our statement that we are the ultimate source for everything related to Shadow of the Beast, Hardcore Gamer reviewed the 1989 Amiga version that inspired the recent remake.  Hardcore Gamer is known for timeliness in providing coverage close to their release date, sometimes even prior to its release.  Sometimes, though rare, the occasional title regrettably slips through the cracks.  As the saying goes, better late than never, so while this review may be 27 years after the initial release, it is time to give this classic the online coverage it deserves.

Shadow of the Beast is a side scrolling adventure game where the player assumes control of Aarbron, a man who was transformed into a monstrous looking creature through the use of magic.  Aarbron must battle his way through a world that is a harmonious blend of science fiction and fantasy, fighting some of the most visually striking enemies ever to populate a video game world, at least based on the standards of its time.  The world is populated by fantastic myriad creatures.  Some are rather mundane such as giant wasps, but many other colorful creatures assault Aarbron mercilessly.  The unique art style given to traditional creatures like dragons help imprint the visuals of this game into memory, making it have a more lasting impression than other titles from the era.  Floating eyeballs as well as giant hands rising up from the ground made this title a 16-bit visual feast a quarter century ago.  This paired with giant boss monsters helped establish this game as being a graphics powerhouse for its time.

With this review coming so late after the fact the visual greatness may not have the same impact on people viewing it for the first time now as it did closer to its release.  In fact, any video game from this time period is hard to imagine as having impressive graphics when viewed through modern standards, but for its time the graphics were incredible.  In addition to the great artwork for the creatures, the movement in this game looked different than other contemporary titles.  The background features twelve levels of parallax scrolling giving them movement a more immersive quality and created more realistic looking motion.  Today we have games with visuals that can rival Hollywood cinema, but this level of visual detail was virtually unheard of at the time. 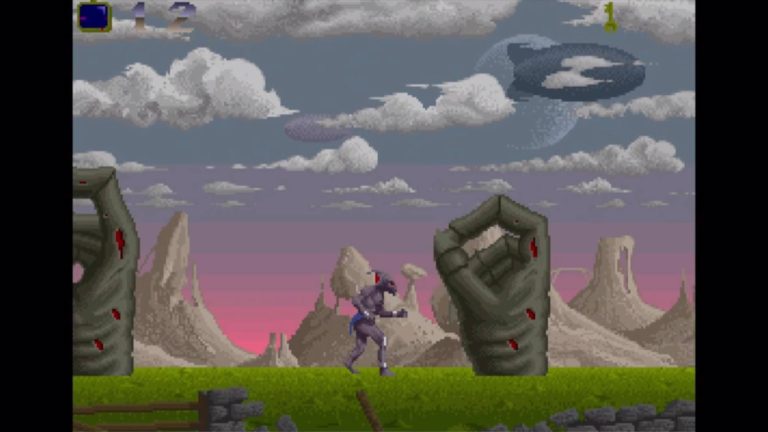 The same level of attention was given to the game’s score.  Hailing from an era of chiptune soundtracks, the composer used higher quality instrument samples than we were used to hearing in video games.  While not on the same level as full orchestral scores we have grown accustomed to in more recent years, the quality jump in sound with this title is noticeable compared to other 1980’s titles, paving the way for sound advancements that we now consider commonplace.  Some parts of the game’s soundtrack are actually reminiscent of Mortiis’s work prior to The Stargate album.

The actual game play is standard action adventure from the era.  The element of freely exploring the world is not as open as some of the more popular adventure titles of its day, but it is not just a straight progression from start to finish.  The game attempts to the trick the player by beginning the game facing right, which may not be the best direction to travel.  There is an element of exploration required to complete this game, as certain items like keys or torches are required to successfully traverse all areas of the adventure.  The amount of exploration is pretty small compared to some other adventure games of the time, but it is enough to keep the game from being one straight linear progression to the right of the screen. 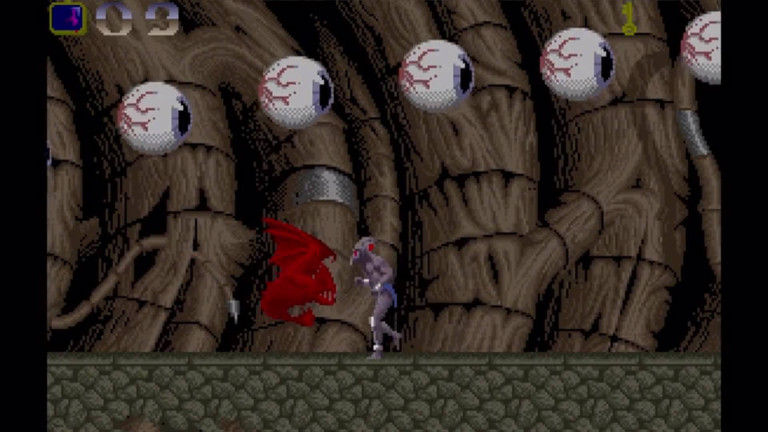 Most common enemies can be dispatched in one hit but timing is crucial to kill them.  Trying to rush through the game is a good way to send Aarbron to an early grave.  As tempting as it may be to jump kick past every encounter, getting past the various traps and enemies requires a patient approach.  Most boss fights are not too difficult to beat in a slugfest, though some are impossible if the proper weapon hasn’t been discovered.  Aarbron may be a beast, but even he cannot simply just beat everything to death.

The game lacks checkpoints and a save feature, so it is a one shot run from start finish.  Older games were less forgiving in regards to death than many modern games, an Aarbron is not given instant resurrect potions or innocent souls to feed on in this adventure.  There is no direction given throughout the game so trying to find the correct path is part of the challenge.  Once the game is mastered it can be completed in roughly a half hour.  Mastering the game on the other hand will take several hours of exploration and memorization.  This was actually the standard game formula once upon a time.  Thankfully, the game’s quality makes the road to mastery an enjoyable journey.  And for those of us who lack the time and patience to master the game, there are invincibility cheats available for both the original Amiga version as well as the PS4 port. 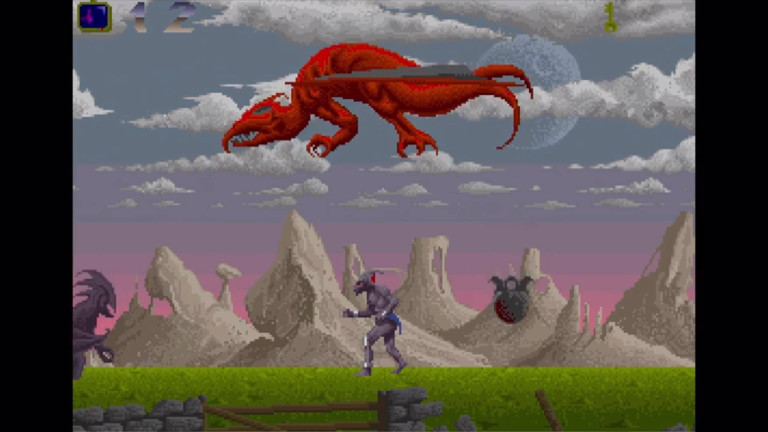 Shadow of the Beast is a game that was somewhat revolutionary for its time but obviously shows its age.  It is still fun to play today, but its appeal might be lost on younger gamers who discovered video games well after the Commodore Amiga vanished into obsolescence.  It is one of the nostalgia titles that when it is revisited it is actually enjoyable, unlike some other games that produced fond memories but are cringe worthy when actually played.  This version of the game is included as a bonus item with the new remake, which adds considerable value to that title.  The appeal of this is geared mostly toward people seeking a nostalgia fix.  The game itself is fun, but the unforgiving difficulty, simple mechanics and extremely short play time make it undeniable what era of gaming this is from.