Shantae sits in a weird place in the platforming genre. As a twelve year old series it feels like there’s a legacy future games need to uphold, but with only two games under its (ornate, mostly decorative) belt, the possibilities are effectively endless. So long as a sequel is a metroidvania game with a quirky sense of humor and (weirdly sultry) sprite animations of unrivaled quality, WayForward can do pretty much whatever they want with it. 2010’s Shantae: Risky’s Revenge stuck close to the original game’s formula by giving players a big, open map to explore and three magical transformation dances to facilitate getting around it. At the end of that game, though, Shantae was stripped of her genie magic, and while many metroidvanias would simply use that as an excuse for her to build up the same ability-set from scratch in the sequel, Shantae and the Pirate’s Curse instead gives her a brand new set of Pirate-themed weapons to unlock.

The Pirate Master was once the scourge of Sequin Land, and it took the collective might of all the genies to bring him down. With a new source of magic in the world he’s dangerously close to being resurrected, and without her powers Shantae stands little chance of defeating him. On top of that, Scuttle Town has its own problems to deal with – the Mayor has sold the town to the Ammo Baron in a desperate bid to refresh his chocolate supplies, and Shantae’s attempts to fend the Baron off see her labeled as an outlaw (on pain of haircut). Now, to set the world straight, she has no choice but to team up with the pirate queen Risky Boots (who has her own score to settle with the Pirate Master) and sail the seas seeking out the dens of evil from which the villain draws his power. 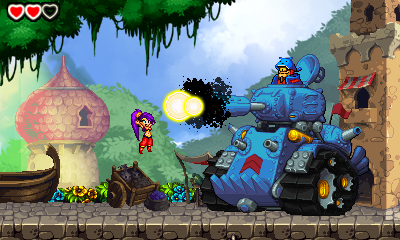 WayForward has crafted the world of Shantae with the same care and attention to detail that they lavish on their artwork – which is really saying something.  Shantae is no longer their only original IP, but it was their first, and aside from the criminally underrated Sigma Star Saga it’s still their most fleshed-out game universe.  The denizens of Sequin Land brim with personality, and the world feels like it has a history. It doesn’t take itself too seriously though – nearly every line is delivered with a tinge of self-aware humor that keeps the adventure feeling light and cheerful. I’m normally not a huge fan of fourth-wall-breaking jokes, but here they’re used sparingly and used well – I was particularly fond of Squid Baron’s identity crisis over ending up as a recurring filler boss.

Like its predecessors, Shantae and the Pirate’s Curse is dripping with charm, and of course that extends to its visuals. WayForward are masters of sprite art, and every NPC, enemy, and boss in the game shows off those talents with smooth, detailed, and expressive animations. Shantae herself has always been one of the best animated characters in gaming, and that still holds true here, with plenty of delightful extra details hidden within her running, jumping, crawling, and dancing. The world these characters inhabit is also exquisitely rendered, with hand-crafted backgrounds given depth with multiple parallax layers – an effect further enhanced by the 3DS’ stereoscopic capabilities to give the game a look not unlike a shadow box. The stereoscopy is also applied to the character portraits used in cutscenes, which can be slightly jarring the first time you see Shantae’s breasts protruding from the screen, but it works in a weird way once you get used to it. As a series Shantae has always been unapologetically sexy, and this is certainly in keeping with that. 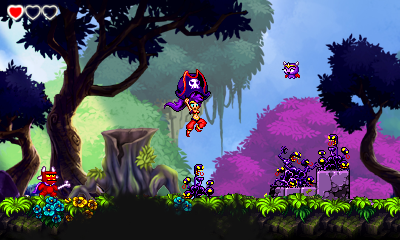 Speaking of sexy, one can’t talk about a Shantae game without acknowledging Jake Kaufman’s incredible score. Kaufman has been WayForward’s go-to maestro for years now, working on acclaimed soundtracks for games like Contra 4 and Adventure Time: Hey Ice King, Why’d You Steal Our Garbage, not to mention beloved indie titles like Shovel Knight. Mixing heavy Arabian and Egyptian influences with solid chiptune fundamentals, the music in Pirate’s Curse is diverse and infectious. When you’re playing the game it’ll make you want to get up and dance (or in some cases thrash) and when you’re done it’ll keep running through your head for days after. Kaufman makes all of his music that he can available on his bandcamp for free, so if you’d like a taste before you buy the game you can check it out there.

Like Shantae’s previous DSiWare outing, Pirate’s Curse has a somewhat unique take on the standard sidescrolling exploremup formula. Risky’s Revenge used layered levels to allow for more intricate zone design, but Pirate’s Curse abandons this in favor of more straightforward environments. As a tradeoff, the new game spreads these levels across multiple islands which can be selected from aboard Risky’s iconic Tinkertub. This new hub-based design allows the world to be vast without making it overly tedious to get from any one location to another. As an added bonus the available collectibles on each island are displayed when you select it, meaning that completionists won’t find themselves off on the wrong side of the world in search of the last Heart Squid or Cacklebat. 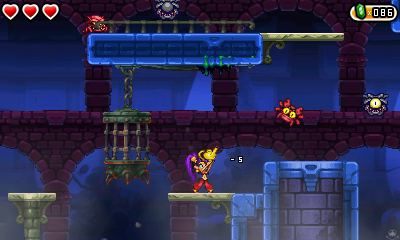 Throughout her quest Shantae will delve into five dungeons, each of which – following the standard action-adventure formula – contains an item that will help her on her quest and a boss who must be defeated using that item. Each of these items is one of Risky’s “pirate weapons” (which she inherited from the Pirate Master when he was defeated), and they all add a fun new wrinkle to the platforming gameplay. With Risky’s pistol Shantae can chip away at enemies and activate switches from a distance, while her oversized pirate hat can be used to glide across gaps and float in updrafts. Risky’s boots allow for a rapid forward dash brandishing her cutlass, which can be used on its own to break stone blocks and attack enemies from above in a manner similar to Scrooge McDuck’s cane in Ducktails. The last weapon is Risky’s canon, which Shantae can fire downwards from midair to propel herself higher and destroy more solid blocks below.

When you put all of these weapons together, they basically allow Shantae to fly, which makes backtracking blessedly straightforward. Do not take that to mean that the game is easy after you collect all of the items, though – the last level in particular contains some of the most brutal platforming you’ll find in any game, falling somewhere between Super Meat Boy and Flappy-Bird on the spectrum of high-flying instadeath acrobatics. Even before the finale, though, the game serves up a meaty challenge that curves almost perfectly to match your growing skills. Each time you reach a new island the onslaught of new enemy types and platforming challenges will be stressful, but by the time you’ve conquered the dungeon you’ll be able to breeze back through them – and not just because your new weapon opens up a shortcut. 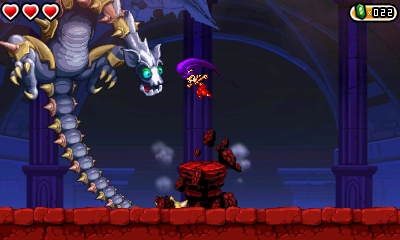 The bosses don’t show quite as much personality as the barons from Risky’s revenge, but there are more of them, and they’re a LOT harder to beat. You’ll need fast reflexes and an ability to think on your feet to overcome most of them, and the later ones especially have some very tricky patterns. You can make things easier on yourself by buying one-use items like flails, bubble shields, and strength-enhancing “monster milk,” but any gems spent on those will be unavailable should you want to buy permanent upgrades to your weapons. This effectively means that you’re rewarded for challenging yourself with new moves and increased power – and there are further rewards for players who strive for 100% completion or try to speedrun the game.

Pirate’s Curse is a solid platformer overall, but the gameplay isn’t without its hiccups. A round of forced stealth on the Egyptian-themed Tan Line Island, while not particularly strenuous, drags on just a little too long. Certain levels feel more like exercises in trial and error than tests of skill, with “gotcha” enemies and obstacles popping up with little-to-no warning and burning through Shantae’s hearts. The worst of these sections involves carrying Shantae’s zombie friend Rottytops through a monster-infested forest where a single collision means death, and while that sort of challenge is appropriate in the gauntlet leading up to a final boss, it feels a little overwhelming for the second level, and creates a noticeable spike in an otherwise smooth difficulty curve. 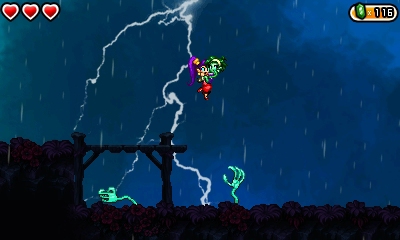 Shantae and the Pirate’s Curse is another exemplary entry in a short but long-lived line of exploration-driven platformers. The gameplay is fun, varied and challenging, and will test the skills of even the most hardcore platforming fans. WayForward are among the best in their field when it comes to production values, and the music, animation, and artwork in this game are all top-of-the-line. Outside of Nintendo and occasionally Ubisoft, we rarely see sidescrollers this polished and enjoyable. This is one of the most satisfying games I’ve played all year, and I’m excited to see how WayForward will use their filthy crowdfunding loot in crafting the series’ first HD entry, ½ Genie Hero. 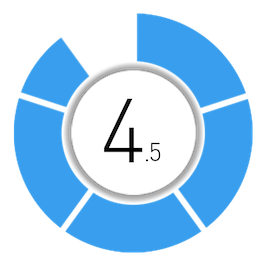