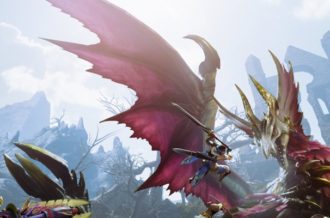 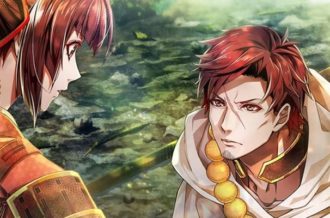 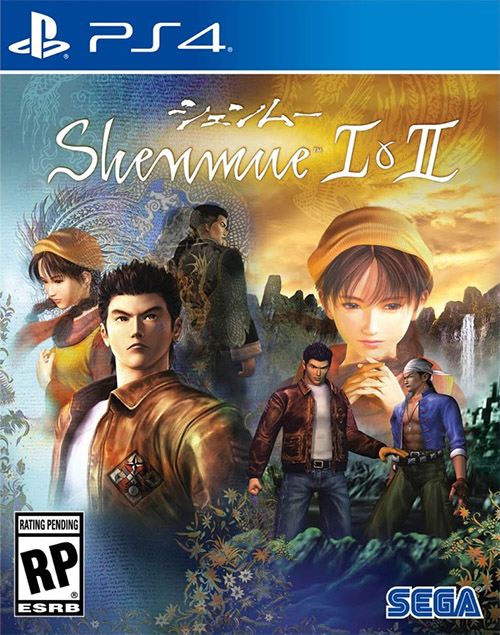 Shenmue I and II

The Shenmue franchise has grown to near-mythic proportions in some ways over the last eighteen years and a lot of it has to do with it being the realization of a vision. Yu Suzuki wanted to make Shenmue long before it became a reality, and from its initial concept as “Virtua Fighter RPG” to what it became, it was seen as something special within the industry. The grand claims about its world-realization and interactivility were thought of as pipe dreams, but then something amazing happened when the game hit shelves. Fans could see that the claims were true and that while it wasn’t perfect, it was an outstanding realization of a dream for a legendary game creator.

Part martial arts action movie, part murder mystery, the original game was something that began life on the Saturn and eventually grew far too big for that console. While the prototype footage shown on the original Xbox release of Shenmue II showed off a game that was groundbreaking for 32-bit hardware in terms of facial complexity and emotional range, it was clear that the entire thing couldn’t be done on that hardware. Fortunately, the launch of the Dreamcast in 1998 in Japan and 1999 globally provided hardware strong enough to support the game and in 2000, the whole world could enjoy it.

Sega was firing on all cylinders during this time and it was a roll that they hadn’t been on in many years. Their gaming output was highly-creative, with the Dreamcast playing host to bizarre and unique games that couldn’t be played elsewhere. Jet Set Radio set a high mark for cel shading and soundtracks, while Sega’s online service SegaNet popularized online gaming on consoles in a way that hadn’t been seen before. Shenmue gave people craving a long RPG-esque adventure on the platform something to sink their teeth into in a way that no other game could. 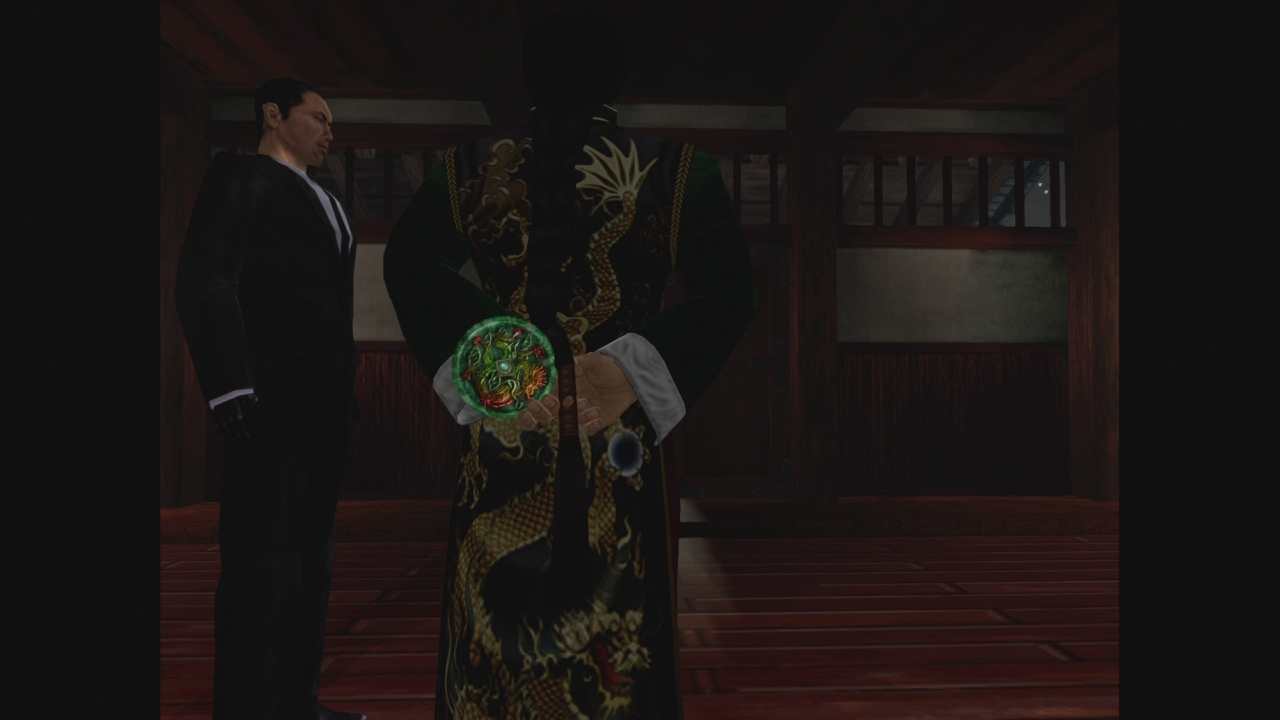 Being able to explore Yokusuka, Japan as Ryo Hazuki while he sought out Lan Di (and some sailors) was an experience unlike anything on the market at the time. Ryo and his father get attacked at their home, along with their housekeeper Ine and trainee Fuku. Lan Di, a vile man clad in a gorgeous flowing black robe kills Ryo’s father after sparing Ryo’s life. All he was after was a mirror and to get it and uncover its secrets, he had to take a life. His callousness makes it clear that this isn’t the first time he’s done that, but Ryo has to hear about his father taking one before, which works as a means to tell you that not all is what it seems.

Ryo’s journey throughout the first is about him getting vengeance for his father, but doing so while being far too naive to face, let alone defeat Lan Di. He’s a good-natured soul who will help a homeless man in need or buy an orphaned cat food for as long as he can — but he doesn’t fully know his strengths or weaknesses. The original game is a very deliberately-paced one, and it definitely isn’t going to be for those who crave non-stop action in a game. This is a stop and smell the roses kind of adventure. The key to loving the first game is to lose yourself in the world and explore.

Unlike many games then or even now, you can open up nearly every drawer in the environments you’re in. It feels like a true-to-life world with people that have set schedules because it is one — with weather culled from the 1986 period in which it is set. You can go to shops and buy things and even win contests to earn video games for the Sega Saturn in your house. It’s one of the ways you can kill time between missions, as is going to an arcade or just solving little problems for townspeople in need. 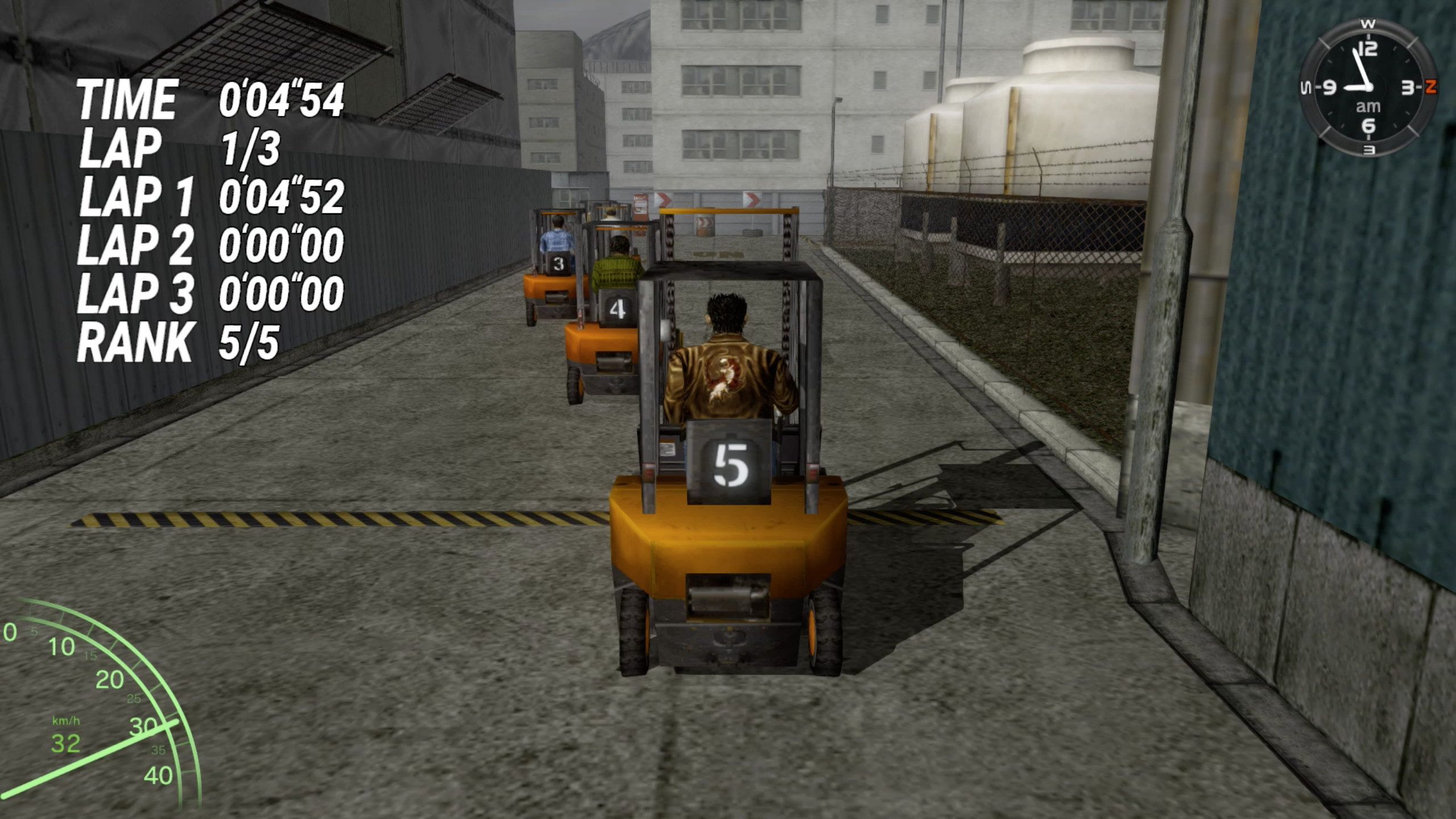 Combat is martial arts-centric and features Ryo learning from anyone and everyone – showing his willingness to learn, but also putting a logical cap on his skillset because of the relatively limited skills of the people he’s learning from. Part of Ryo’s journey throughout this adventure is his growth as a martial artist and as a person. Shenmue II takes things from a tale about revenge and Ryo doing that “for his father” as a means of justification to growing as a character.

He leaves Japan in the first game without having faced Lan Di and wanting revenge more than ever before, only to find people who have the skills he thinks he already has, and resulting in him being humbled in new ways. He sees how arrogance and complacency can lead to a fall from grace and realizes how he needs to find his true self and also find peace before finding Lan Di. If he doesn’t, he will face the same fate as his father. Ryo is largely a one-man army in the first game outside of a few examples and the sequel sees him rely on more people to get by. 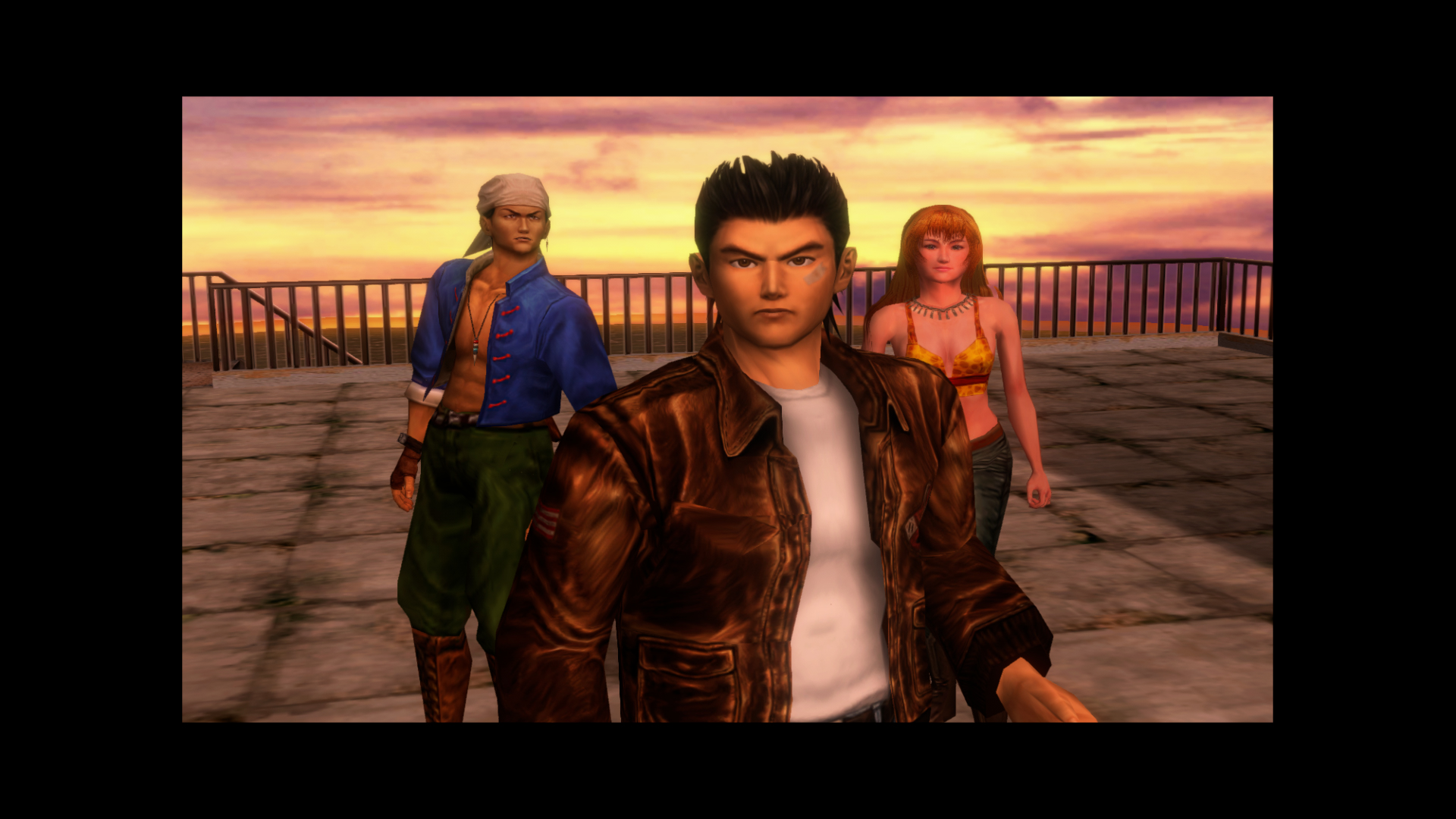 This makes sense in the story as Ryo is a local favorite at home, but when he travels to Hong Kong, he doesn’t know anyone and is simply being led from place to place at the advice of others. He has to hope things go well and has no guarantee of success at any time. It’s a perilous adventure and one with greater stakes than before. It’s a more thrilling game with a faster-paced story, but there is a loss of the original’s sense of having a full world to explore and enjoy. You still have vast environments to explore at points, but much of the game is split into smaller sections of the world with less exploration being possible.

Shenmue II takes a different approach to how it presents the same core ideas of combat blending with storytelling. Both games have a formula of meeting someone, taking notes, checking those notes to find more people and then moving the plot forward. How those things are done is what makes the adventure so exciting and while the series isn’t going to be everyone’s cup of tea, anyone who enjoyed them before will probably like them now more than ever thanks to the increased quality of the presentation. 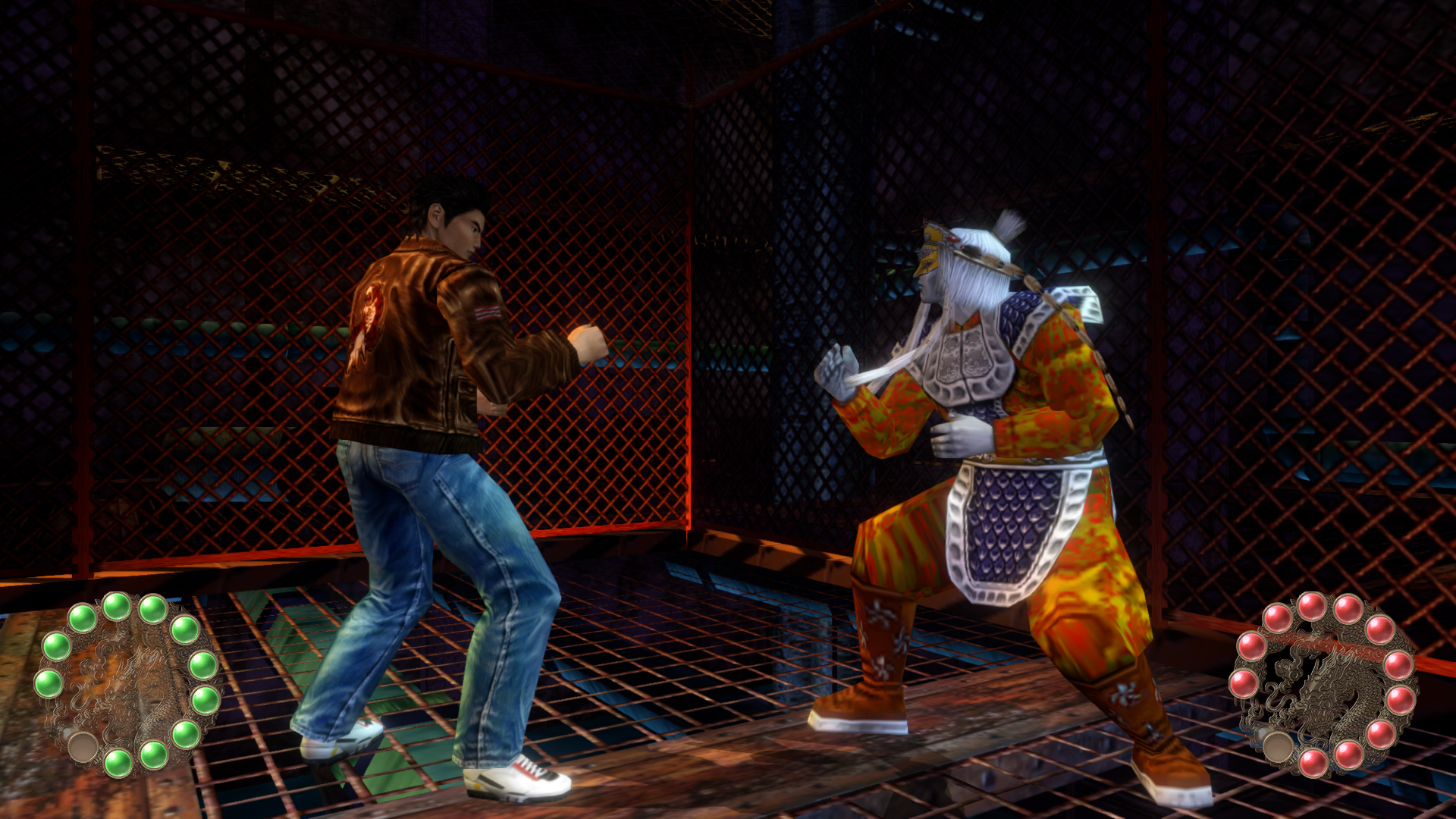 Shenmue I and II features revamped controls that work far better than the original versions — with logical camera control on the right stick and movement with the left stick. You can go back to the original style if you want, but after trying the redone controls, there’s no going back — it’s simply better. The games can also be played with a full 16:9 aspect ratio to fill the screen if desired — and given how cinematic the series it, it does feel like a natural fit. The cutscenes are still in their original 4:3 aspect ratio, but even when going between 4:3 for those and 16:9 for the game itself, nothing ever felt jarring. The switch from one to the other was fairly seamless and never hurt the experience. The dramatic increase in overall clarity allows the graphics to shine in ways that only a Dreamcast with VGA cables for the first or an Xbox 360 through HDMI with the Xbox version of the sequel could come close to.

Various features from the Xbox version are present, like bloom lighting, which can be turned off. The various visual filters also return and while they don’t add a ton to the adventure, they are a neat way to play bits of the game in a new way. The photo mode from the sequel returns as well and is probably one of the earliest examples of a mode of its type in a game, even if it isn’t as robust as the kind we see today. One feature that North American players never had was the ability to carry over all of your items and moves from the first game to the second as they were released on different platforms. Now that they’re all on one collection, that feature is back — and completely optional for those who want to start over fresh for Shenmue II without having a New Game+-esque advantage.

The soundtrack remains incredible, while the English voice work is as iffy as ever. The lower sound quality of it is more apparent now — but for the first time ever, you can switch between either the English or Japanese dialogue. Subtitles are also retained from the first game, but the font has changed and is far less bold and smaller — resulting in it being a bit harder to read at times. It’s a small thing, but one that might hurt the experience for some. Other issues include reports of crashes for the Xbox One version, and while our playtesting didn’t see anything come up out of the ordinary, it does appear that at least at launch, the PS4 and PC versions are better-executed. Xbox One players looking to recreate a bit of the Dreamcast experience with Jet Set Radio, Crazy Taxi, the Sonic Adventure games and now the Shenmue series may be in for a disappointment in the short-term. 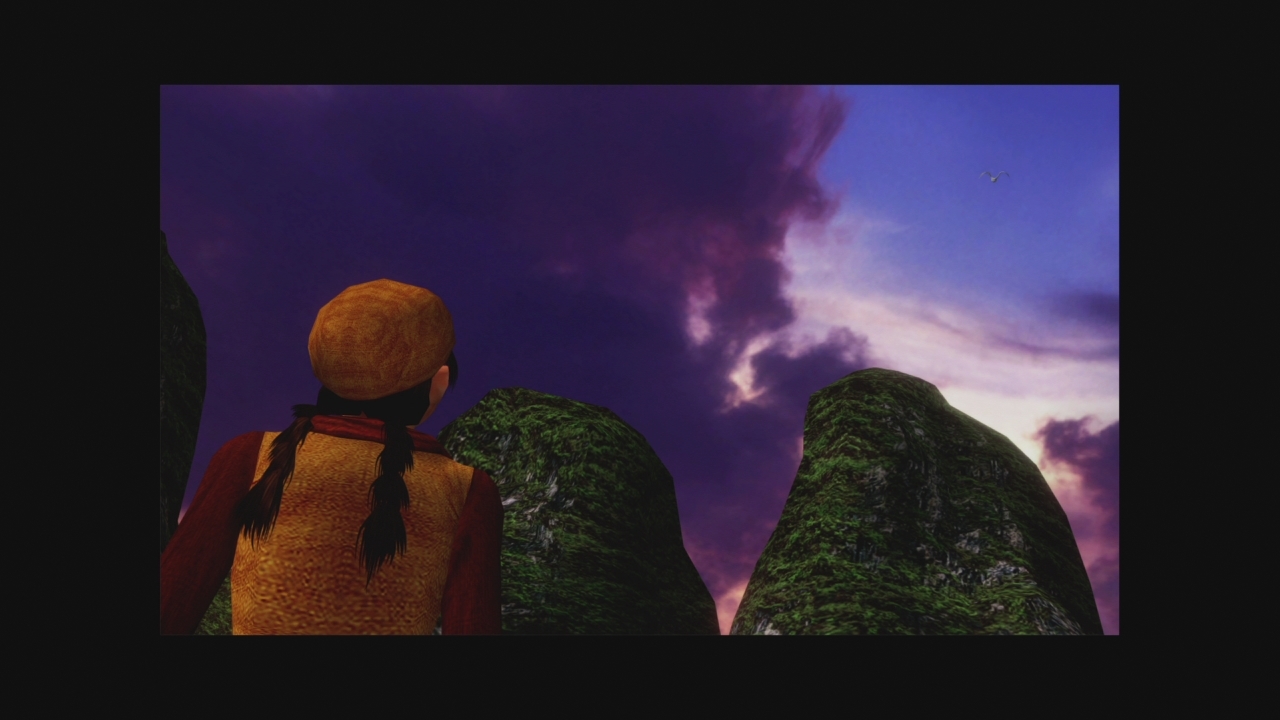 Shenmue I and II isn’t a perfect collection, but it is the best overall way to experience two remarkable games. Having the ability to enjoy the core adventure with a widescreen aspect ratio feels like it’s how the game was always meant to be enjoyed and the redone controls are much easier on the hands than the original d-pad-centric setup. The dramatic increase in overall image clarity and detail of the world helps things as well and the issue of core games having clunky English acting can now be easily resolved with Japanese voices using English subtitles — which significantly adds to the martial arts movie feel. These are epic adventures and can now be enjoyed on modern-day hardware for the first time. Anyone who loved them before should get them as soon as possible to prepare for Shenmue III, while newcomers to the series have a fantastic starting point to get fully caught up on Ryo and his adventures.