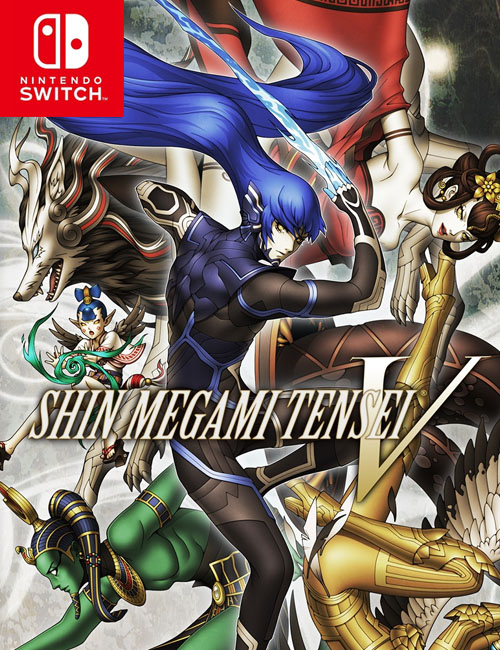 One of the longest-running JRPGs on the planet, Shin Megami Tensei returns back to the modern world and throws in a brand new story of warring angels and demons. Considering how well the series has done on Nintendo platforms in the past, it’s pleasant to see that the Switch isn’t without dark and dreary adventures. And this is just that, taking everything we’ve come to love in something like Pokémon, capturing various monsters and creatures and putting them to work, but in an apocalyptic setting where the world is on fire and ready to be remade. Whether it’s through the glittery gold sands, the scorched skies or angelic dystopian settings, this is a godly adventure that has a little bit for everyone. Announced in the early life of the Nintendo Switch, we’ve waited a long time for this, but is the demonic world of Shin Megami Tensei V worth the wait or has it lost its enticement?

The story takes place nearly twenty years after the Conception, a demonic uprising that decimated Tokyo. You play as a high school protagonist (as expected with a Shin Megami game) who is unexpectedly transported to a mysterious parallel world where it’s under demon rule. A lot of the story is shrouded in mystery, especially for a good portion of the campaign, with the core focus being the gameplay. So with that said, do not come into Shin Megami Tensei V looking for a good, fleshed-out story, because the pacing is less than ideal. It takes roughly 30-40 hours before a decent plot begins to rear its head, and by then you’re going into the final open area and already level 50. It’s not as if past games have had overly-complex stories, but this is a back-loaded adventure. There’s a set up, but it feels like the cast of characters aren’t as well expanded as they could have been, with one in particular basically not having any sort of arch or involvement despite having their own personalized introduction at the beginning. The core cast is also unlikable, where we were more invested in some of the demons later in the plot. On top of this, the ending is now more binary. Before you would make choices that would sway towards different conclusions; now it’s a singular option late in the game with the allegiance choices unlocking different “Miracle” abilities that affects demon fusing. 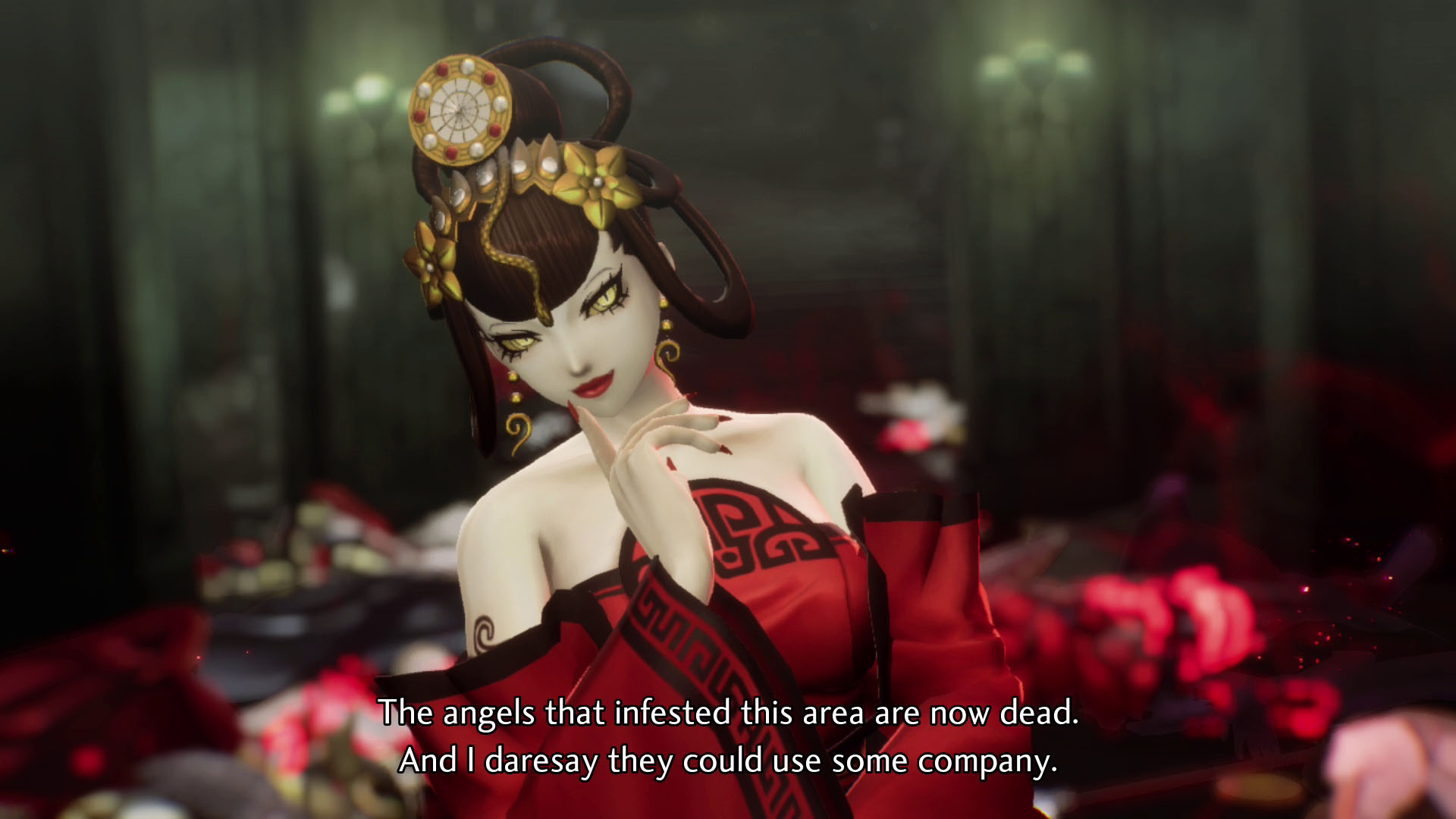 What I love about the gameplay is its openness. It’s hard to call this a dungeon crawler of any sort when there are really only two real dungeons, although both have creative puzzles, some of which come with the option to completely brute force. All of the areas in the game are massive and have much to offer. Whether it’s treasure prisms, unique monsters, side quests or Mitama that drop specific items based on their color and type, there’s so much to see in this vast, desolate land. There were multiple times when I thought I’d be done with an area only to realize I was barely halfway done, which is both a blessing and a curse given the lacking story beats. Fortunately, by far the best is the final open area where it basically feels like a mini open world, allowing players to pick and choose how they want to approach the story in which order with different zones that represent their respective bosses. It’s such a fantastic portion that I wish it was more than a single occurrence 30-40 hours in.

Combat remains surprisingly challenging as mechanically, it’s not too difficult than what we’ve come to expect. There are difficulty spikes with every boss, sometimes to the point where one bad roll of the die will result in an immediate death, which makes it disappointing there’s no checkpoint system (even though save points are plentiful). Shin Megami Tensei V maintains its Pokémon-esque elemental strengths/weaknesses and “capture” system, where it’s all about fusing or negotiating with monsters met in the field. Talking to demons will unlock various options, and depending on the type of demon, their reaction to answers will vary considerably. Some friendlier demons will react well to kindness whereas some of the harsher voiced monsters will only respect power. And then there are others that just feel completely random. What is new is the Magatushi gauge. Progressing through a fight, a gauge will charge up (which persists after the battle concludes), and when it’s full, a powerful ability will be accessible. Based on which demon performs it, it might be ensuring attacks are all critical hits — which is the default skill — or they might heal everyone up. This is a fantastic new tool that can help players in tight spots or even during boss fights where an extra four hits will be available in a single turn. 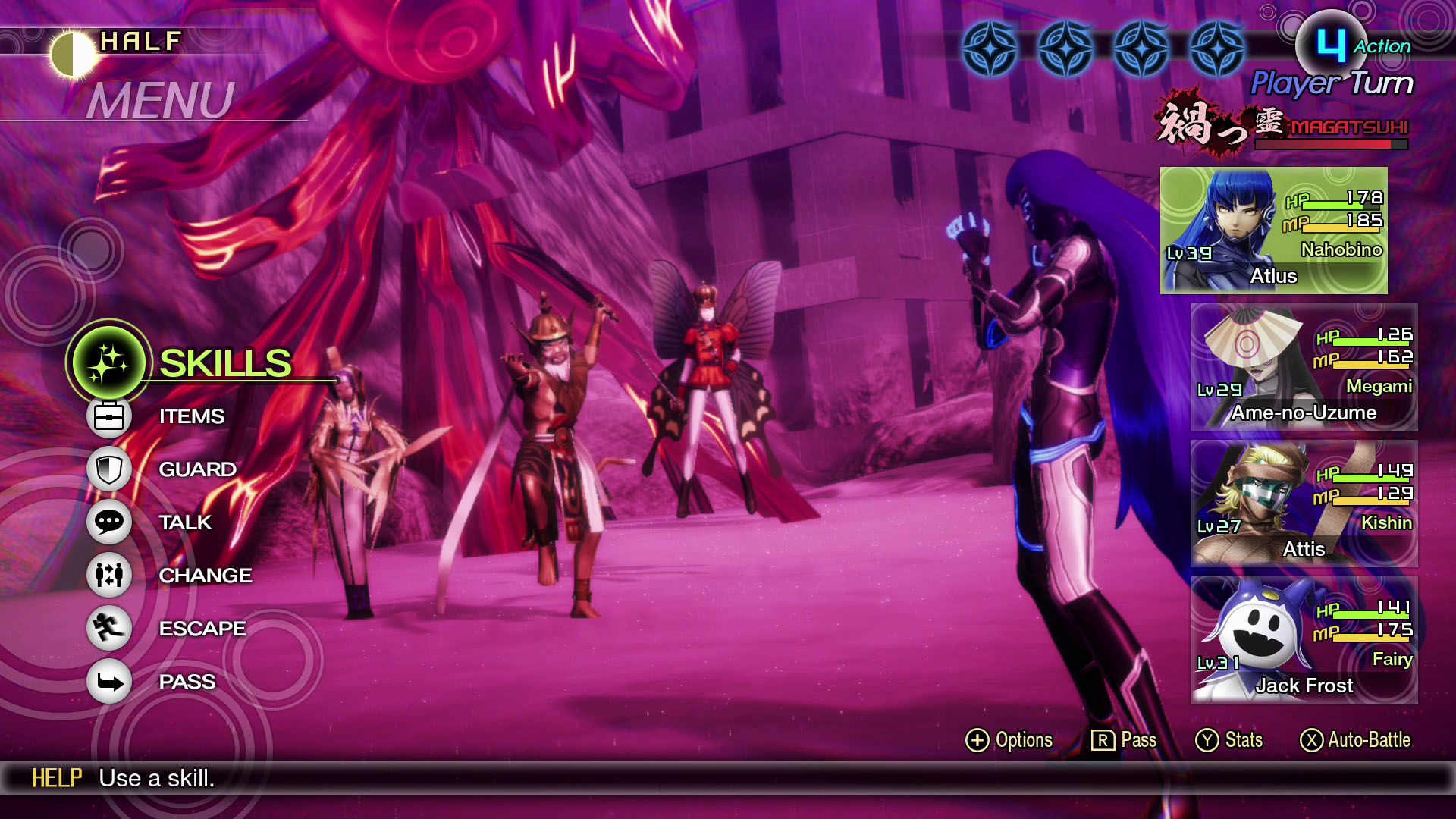 Outside of the main story, the world is populated with demons that need help, some of which are creative — but there’s only one or two per area. Most of the side quests can be broken down into a few different formulas. Siding with a certain faction, killing a certain amount of enemies, taking down a powerful foe or exchanging items. While these are optional quests, they do feel essential to your overall experience as while some can be repetitive in their design, they unlock various traits such as more skills for Magatushi or unique items that will allow you to level immediately, which is needed considering it feels like you will need to grind a bit in spots.

From a presentation standpoint, Shin Megami Tensei V is a treat for both the eyes and ears. The soundtrack is without doubt one of the best of the year. The musical cues and of course the various battle music hit perfectly, with a huge variety that set the mood during intense and frantic scenarios. I just can’t say enough positive things about the music as it had me bobbing my head during most boss encounters. I don’t remember the last time I just idled during a fight or talking to a specific NPC and cranked up the bgm. Now for the visual perspective, it can be a mixed bag. From an artistic standpoint, it still maintains its dark and overly damper look, but unfortunately, when it comes to its technical design, Shin Megami Tensei V does have its share of issues. The framerate is inconsistent, and some of the geometry in the distance can look like you’re playing a game from a couple of decades ago. With that said, there are beautiful areas, especially in the later portions of the story, one of which contains a stunning visual effect. On top of that, the monster models are what we could have hoped for, containing a surprising amount of attention to detail. 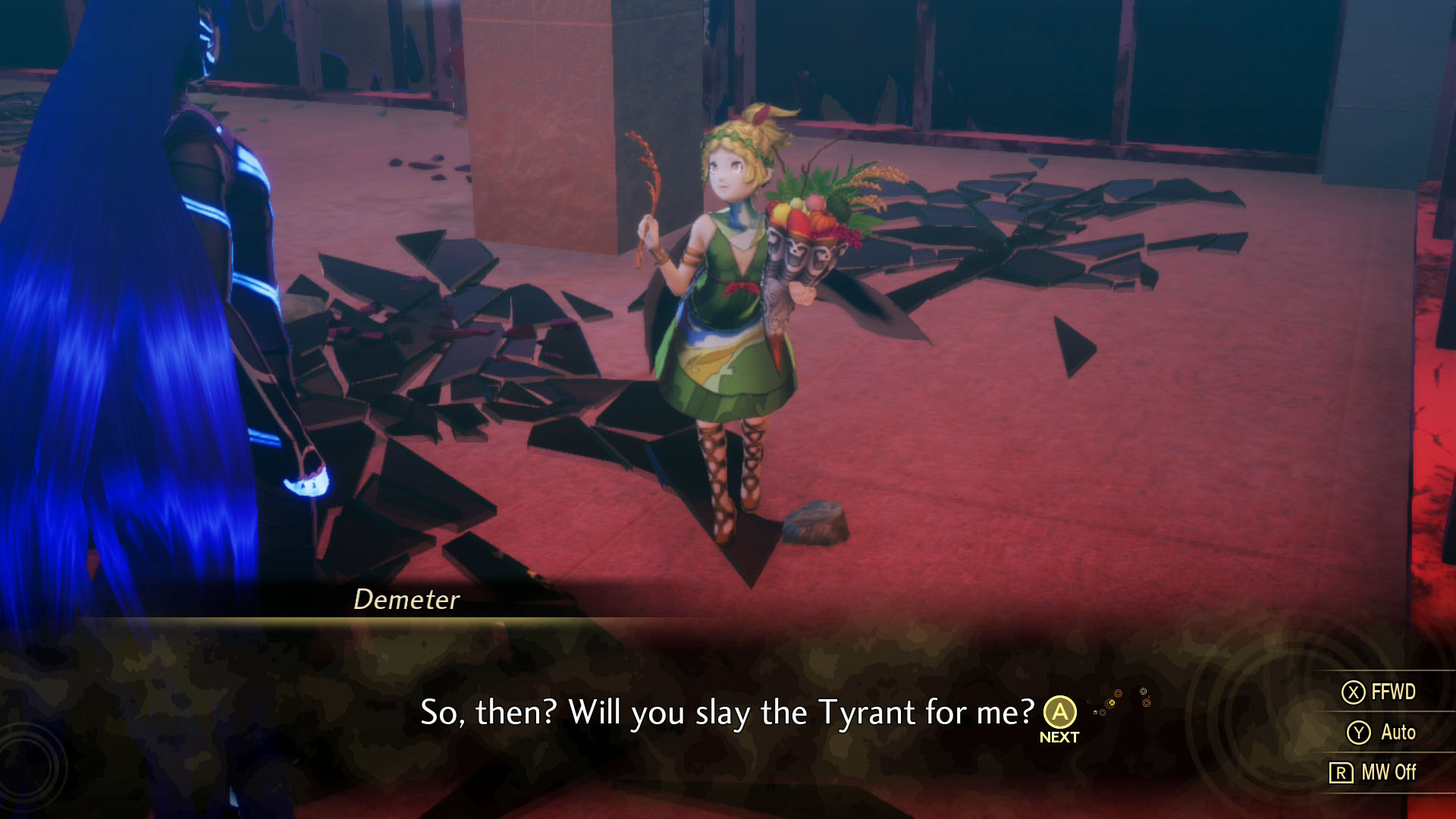 Shin Megami Tensei V is one of the best RPGs of 2021. It has an immensely-enjoyable combat system, some of the best and most varied battle music we’ve heard in a long time, and all the demonic creatures we’ve come to love from the series. It’s not without its flaws, though, as the pacing is slow and unrewarding, the plot is barely there for most of the game, and there are sharp difficulty curves. Regardless, this is a lengthy 50+ hour adventure that will have you enthralled through most of it, traversing the fractured world and collecting every single demon in the process. Even with a number of issues, Shin Megami Tensei V is a standout Nintendo Switch game that should not be passed up on.