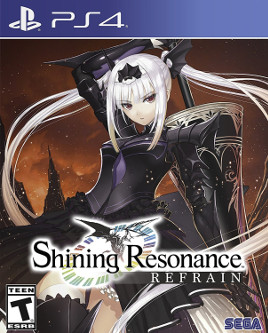 JRPG protagonists have always been a bit of an enigma and Yuma Ilvern is no exception to this. If most children were polled on whether or not they would want to possess the power to assume the form of a dragon most of them would probably say yes, and this extraordinary power is the reality for Yuma which is something that terrifies him to the point where he would rather endure horrible and painful experiments than unleash this power to save himself. Little does he know his power will become integral in the coming war between the Empire and Astoria in Shining Resonance Refrain, the newest title in the long running Shining series.

The story begins with Yuma being held in captivity by the Empire. The soul of the legendary Shining Dragon resides inside Yuma’s body, which is of great interest to the Empire as they have started harvesting dragon souls to create their own army of dragons which have long been believed to extinct, sort of like Jurassic Park with dragons and the intent of weaponizing them. The princess of Astoria, Sonia Blanche, a capable knight who prefers fighting on the frontline with her troops, leads a rescue mission to save Yuma from his captors. She is accompanied by Kirika Towa Alma, The Diva of Nature who is able to commune with dragons and control the forces of nature. The imperial princess Excella Noa Aura almost prevents this rescue mission with her trio of dragons Gae Bolg, Gungnir and Trishula but the idea of his rescuers being slain gives Yuma the motivation to assume the form of the Shining Dragon and get him and his saviors to safety.

Back in Astoria, Yuma meets with King Albert and General Burroughs who wish to enlist his help against the Empire and their army of laboratory grown dragons. The dilemma is one that should feel familiar to any JRPG veteran, Astoria needs Yuma’s power to stand against the Empire but they want him to make the decision of his own free will because King Albert has a reputation of benevolence he needs to maintain. Yuma has every reason to fight against the Empire and with the soul of the Shining Dragon has the means to be a formidable opponent but his own fear causes him to have reservations about this, as he is the one who possessing immeasurable power but hesitates when those around him fearlessly throw themselves into the fray, like a good JRPG reluctant hero should. 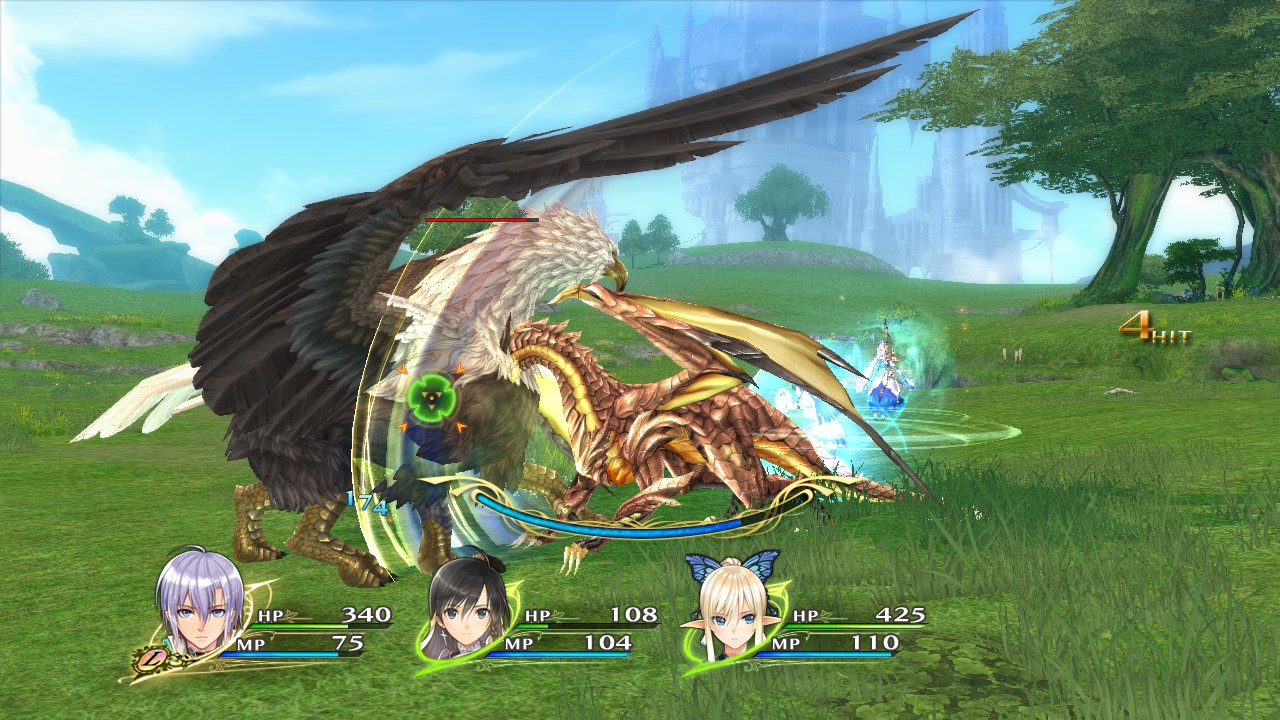 The other party members have their own distinct personalities and try to mold Yuma into a better warrior and more confident person in general. Being a priestess devoted to the Shining Dragon, Kirika is very formal and rigid in her social interactions with Yuma and seems to only see him as the Shining Dragon. Sonia is a bit more straight forward and friendly, but she can also be short tempered and impatient with Yuma’s cowardice and reluctance to step up to be the hero. Rinna Mayfield is a cheerful elven mage who seems rather “friendly” toward Yuma, whose awkward responses border between cringe worthy and endearing while Angnum Bulletheart the Pyromaestro acts sort of like a big brother to Yuma, with the cocky brashness one would expect from a lead guitarist. Throughout the adventure Yuma may choose to talk to his companions and invite them to late night chats to get to know them better. These activities can strengthen the bond between them and can eventually lead to going on dates with them if things go well.

Combat in Shining Resonance Refrain is real time action. The player controls whichever character has been assigned to the leader slot and the other three are controlled by AI, though they can be given orders to follow such as focusing on offense or healing. The player runs around the field with a normal attack, break attack, dash and defense from the main buttons and can hold the left bumper to access MP consuming special attacks. If an enemy is hit enough times in succession or during their weak moments they can go into Break status where they are momentarily incapacitated and receive greater damage. Yuma is able to call upon the Shining Dragon in battle and assume the form of the dragon. This greatly increases his attack power and opens up new special attacks but his MP will gradually drain, forcing him back to his human form when it hits zero. The player should be mindful that if Yuma does too many powerful attacks when his MP is low he may lose control of his power, causing him to indiscriminately attack friend and foe alike, which during the review process has lost one or two boss battles. The fun of being able to take control of a dragon in battle is worth the risk of him going berserk and killing your entire party.

Music plays a major (not relative minor) role in Shining Resonance Refrain. Some of the characters’ weapons are called Armonics (no clarification if they are pinch or natural Armonics) and they are instruments that possess great power. There are seven of these legendary Armonics in the world, and originally they were not intended to be used as weapons but when powerful instruments are borne from a legendary dragon possessing great destructive power shouldn’t be a surprise. The party members who wield these Armonics are called Dragoneers, and they can use the Armonics to play powerful and mystical Rune Songs by building up enough BPM (Battle Performance Mana). Using a BAND session (Battle Anthem of the Noble Dragoneers), the party can play a variety of songs that could have a number of different effects on battle, depending on which song is played and which character is in the center leading the song. Occasionally they might go into diva mode and do the song in a special costume. Since the characters’ weapons are instrument based, they can learn new tunings for them that can change their attributes to add certain effects to their attacks. 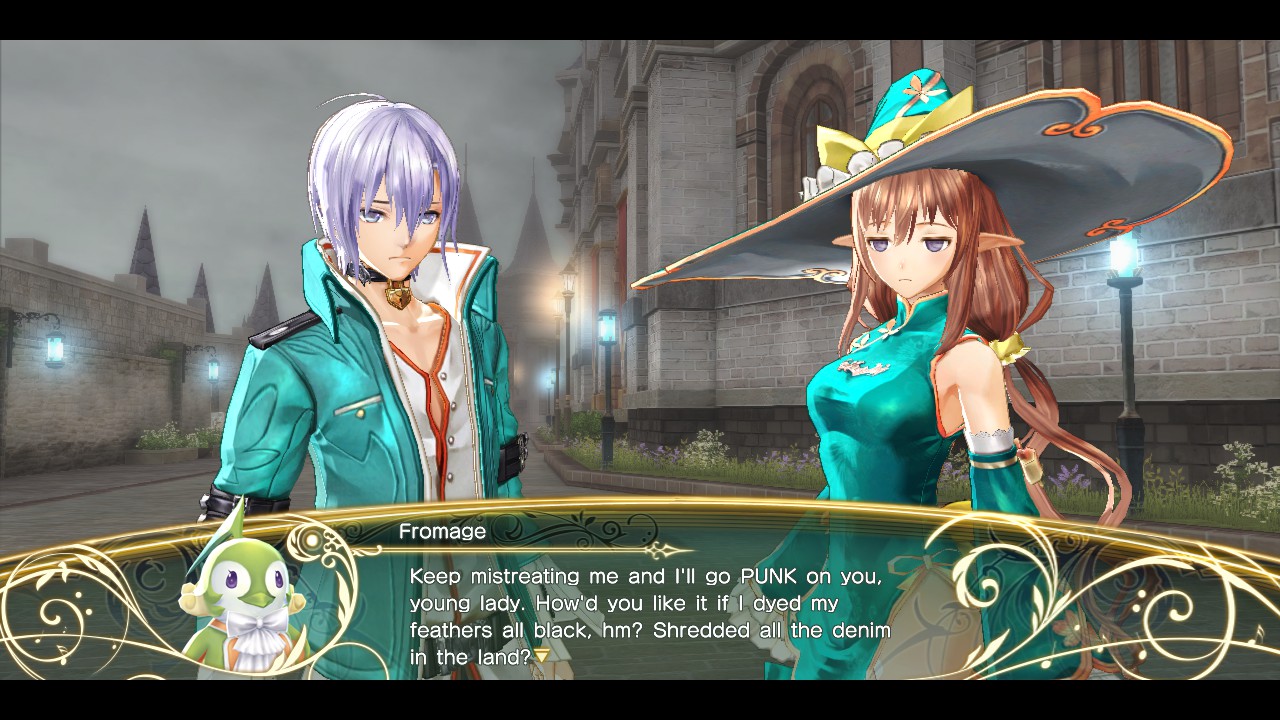 Shining Resonance Refrain feels like a typical JPRG. The characters are full of trope inspired personality and the idea of a reluctant hero afraid of his own power becoming the savior in a great war isn’t exactly breaking new ground, though the Armonics and Dragon Machina do make it feel less generic. The townspeople, as most townspeople in JRPGs, have an assortment of quests they need someone else to complete for them such as gathering a certain quantity of items or killing so many monsters. There is also someone who made have causes some Distortions in the space time continuum and needs Yuma and his Dragoneers to go into them and clear out the monsters, so aside from the main quest there are plenty of other activities in which to engage. Having Yuma interact and increase his bond with the party member is a nice touch where we can see how their relationships grow throughout the game.

Shining Resonance Refrain looks like an upscaled PlayStation 3 game because that’s essentially what it is. This title was originally released in 2014 for Sony’s last gen console but never made its way out of Japan. The new version includes all the original’s DLC in the game’s Original Mode and introduces a new way to experience the story called Refrain Mode. Refrain Mode is available initially but it is recommended to reserve this for the second playthrough, as it changes the story by introducing the villains Princess Excella and Dragonslayer Jinas as playable characters, presenting an alternate series of events. 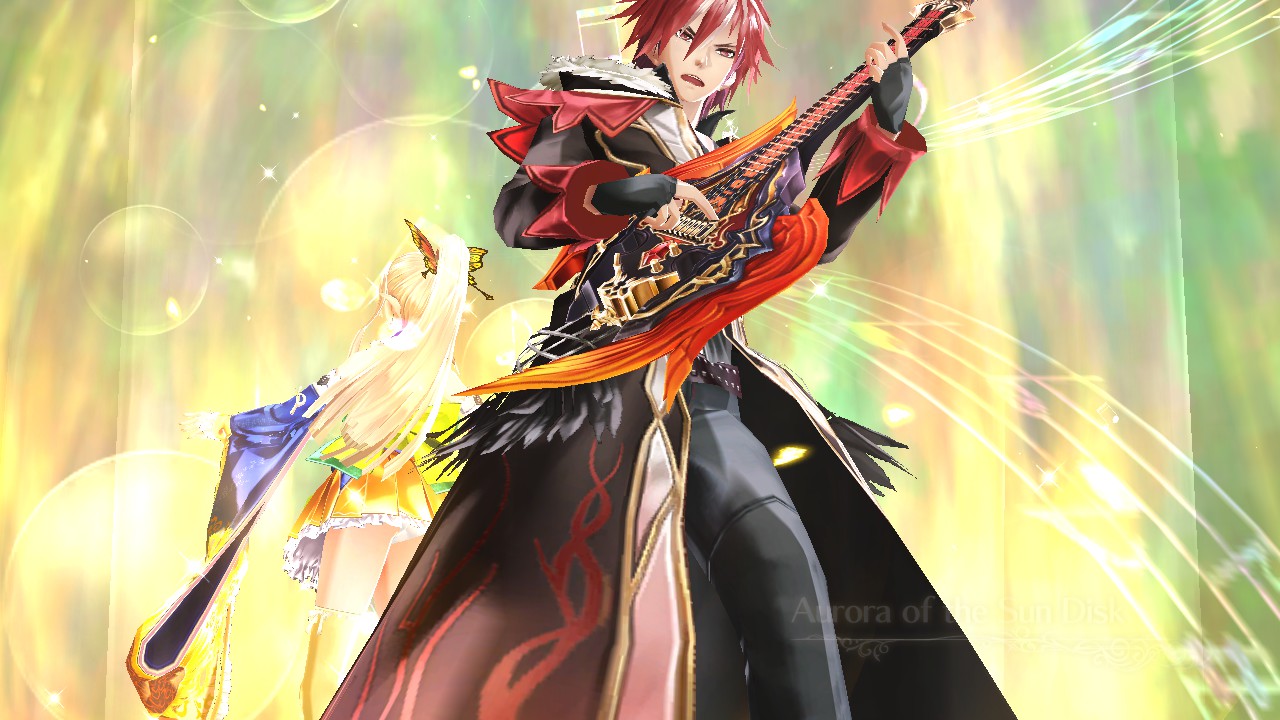 Shining Resonance Refrain doesn’t do too much to get away from JRPG tropes, but that might be part of its charm as some of its themes have been addressed in several JRPGs prior but that should come as no surprise to fans of the genre. While tropey, the different personalities of the party members and NPCs do help Astoria come to life and watching Yuma build his relationship with them how the player sees fit puts some emphasis back into the role playing aspect. The fast-paced combat is enjoyable and there is a good blend between the time spent in story development and actual game play, though tending to every citizen’s quest can become tedious. Having the protagonist turn into a dragon isn’t unheard of, but still a rather uncommon idea, and having music play such a significant rule in the story is pleasing to this writer’s ears. Overall the world of Shining Resonance Refrain is a joy to explore and the option to go through it a second time with villains on your side adds a good reason to play through again