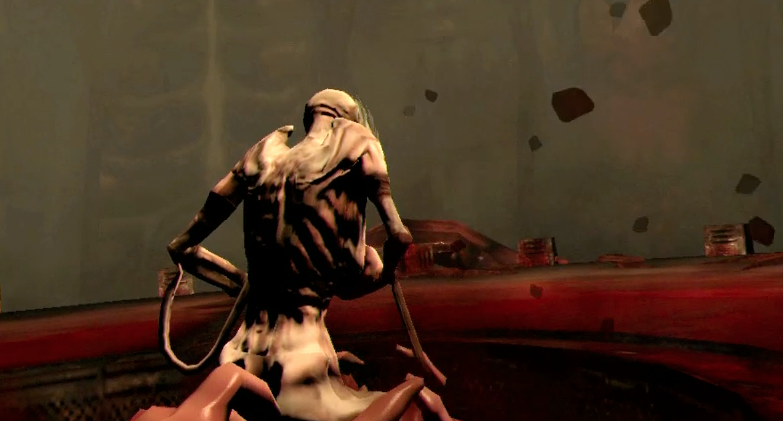 What happened to Silent Hill? Once a masterpiece of modern horror, the series has undeniably fallen from grace. After 2004’s “The Room” (which wasn’t intended to be part of the franchise), series creator Team Silent was disbanded with development duties inexplicably shifting to various Western studios, none of whom have been able to recapture the magic of the original games. Konami has been trying to thrust the series back into the mainstream this year with a major console release, a 3D sequel six years in the making and Silent Hill: Book of Memories, a completely new take on the franchise. While a top-down multiplayer release on a platform lacking adoption may not be the best way to spark interest, at least they’re thinking outside the box.

Book of Memories is the first Silent Hill to stray from the survival-horror formula the series is synonymous with. The entire game takes place from a top-down view that, suffice it to say, isn’t very scary. Instead of venturing through hallways of abandoned schools, the game takes place in multiple dungeons called “Otherworlds”. There are six in all, ranging from the quintessential hellish landscape (full of rusty doors, grates and molten hot magma) to a decidedly more peaceful forest environment. Players move from room to room throughout the zones, most of which are filled with enemies. Not every room is an all out war zone, however, with libraries (where progress is saved) and shops offering a peaceful respite. One of the more intriguing areas are “Forsaken Rooms”, which generally contain a little girl in some sort of distress. Players can choose either to help her, hurt her or not intervene at all; the path chosen factors into the overall conclusion of the story.

Combat is handled through the square and triangle button, both mapped to a different hand of the character. When two smaller weapons are wielded, each button controls one, allowing a gun and melee weapon to be effectively used at the same time. Some weapons are large enough to require dual-wielding, rendering the buttons a different form of the same attack. If either button is held down, a heavy attack is built up that can be released on an enemy for major damage. While it’s possible to lock on with the L button, it only proves effective for specific targeting or using long range weapons that are near-impossible to be aimed otherwise. While a very enjoyable system, the length of the game leads to combat feeling repetitive at times, with some of the rooms blending in with each other. It would have been nice if abilities like special attacks were included to mix things up. Still, its pick-up and play combat style lends to accessible multiplayer sessions, which is where the game especially shines.

Being a Silent Hill game, health management is crucial. Health packs are picked up throughout that restore a small amount of health, but they’re few and far between as to prohibit going in guns blazing expecting a full health restore. To remain effective (and alive), strategies must be devised to ensure maximum effectiveness of exploration and combat. Players also have to keep an eye on their weapons, which degrade with use over time. Weapons turn three different colors corresponding with their damage status, with red signifying that it is is near-depleted; when fully depleted, weapons break and are lost forever. Tool kits are scattered around the world that can bring weapons back to 100%, so weapon condition must constantly be monitored to ensure their effective deployment. 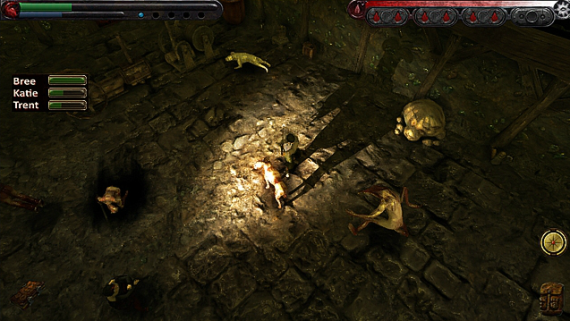 Items are found hiding inside chests and crates throughout the world, with weapons generally picked up from slain enemies. Money (eye-rollingly called “Memory Residue”) is collected throughout the world and used to purchase goods when running low. Every zone has a store operated by a mailman (who we’ll get to later), selling weapons, artifacts, items and more. The most useful item sold are backpack upgrades, allowing players to carry a larger quantity of items. Those rolling in dough can even opt to purchase cosmetic upgrades for their players, ranging from hats to Hannibal-style bite masks.

Many creatures from past Silent Hill titles return including Nurses, Needlers, Tremers, Air Screamers and, yes, even Pyramid Head. With 50 enemy types (plus substantially tougher variants known as “Steel Creatures”) that boast unique attack patterns, players are ensured not grow bored of the foe at hand. When creatures are defeated they leave behind pools of Karma. There are two types of enemies: Light and Blood. The more Light Karma collected, the more positive the character’s resolutions are, while Blood makes the story take a decidedly darker turn. As only one type of Karma should be actively picked up, this system can prove challenging. In the heat of battle, it’s not uncommon to be pushed onto the wrong karma puddle and frustratingly see your meter tick into the wrong direction. While it’s an interesting system, it could have been better implemented.

The ultimate goal is to find Challenge Orbs throughout an area that unleash a wave of enemies when broken. Once defeated, puzzle pieces are acquired used to solve a puzzle with the touch screen at the end of a level. As they increase in difficulty as the game progresses, a note can be found in every level with a clue to help decipher them, usually written in the form of a riddle. When stumped, a lever can be pulled that shows which objects are incorrectly placed. Doing so downsizes Memory Residue, however, so players are encouraged to try multiple combinations before giving up. Completing the puzzle is the only way to finish the level, ensuring players venture through the entire area before moving on to the next zone.

It’d be hard call a game “Silent Hill” that didn’t have a story, so the fact that this action-heavy game has one is a welcome addition. After an uninspired character creation screen, players take on the role of an unfulfilled twentysomething who gets a mysterious knock at the door late at night. Upon opening the door, a mailman is seen standing in the hallway (some union) who promptly hands over a package. The excitement of an unexpected package soon turns to terror when it’s realized that the book contains every memory of his or her life within the pages. Bitter about past mistakes, they decide to see if the past can be rewritten — leading to entering the nightmarish world of Silent Hill through dreams. Notes and TV recordings are discovered throughout zones that give insight on the character’s past mistakes, whether direct or metaphorically. As many struggle with similar problems as the lead character, the story is very metaphysical and often rings true. Those who played the game “Catherine” may find the plot of a young person who faces life’s questions through dream representation very familiar — though this one doesn’t contain any talking sheep.

The general malaise surrounding the release combined with an utter lack of promotion would have any gamer assuming the worst. Surprisingly, though, Silent Hill: Book of Memories proves to be a deep, multi-layered game with the kind of replay value PS Vita is in dire need of. While survival horror purists may balk at the concept, anyone a fan of top-down action/RPGs, deep gameplay and a interesting story will find not only the most addicting multiplayer Vita game to date, but the best Silent Hill in recent memory.