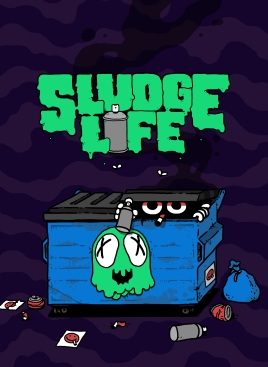 Sludge Life, the latest game from developers Doseone and Terri Vellman, made a few headlines upon its release when it was announced that the game would not just be available on the Epic Games Store, but free for a full year. I can see a bit of the logic behind this, as the devs have described the game as a “walking simulator” (albeit one fitting the style of publishers Devolver Digital), which can still be considered a tough sell when it comes to a lot of gamers, thus making it easier for the game to reach a wider audience. So a ton of people get to check out this new experience from the High Hell team at no cost until next year. But games require investments of time just as well as money, hence why we need to see if this game about…well, wasting time, ironically, is worth your time.

Sludge Life’s setup is this: you play as a tagger known only as Ghost. You wake up one morning, leave your makeshift shipping container home on an island in a polluted world and then proceed to go wherever you want and do whatever you can do. This is a game where any single fleshed-out plot is secondary to exploring the world. But it’s through exploring this world that you begin to learn more about everything happening in the neighborhood. The presence of a hallucinogenic drug (that you can experiment with, naturally), the local hip-hop music sensation working on their new album and the ongoing strike against Glug, the corporation that owns virtually everything we see, due to the death of their beloved mascot Ciggy and the refusal to clean up the body.

Really, though, it feels like virtually every character you encounter in Sludge Life has their own little story to tell and investigate. The islands are filled with lots of colorful NPCs that will talk with you about anything from missing snakes to a mythical cat with two buttholes or the roommate that vanished after putting up hideous wallpaper…only to find them camouflaged in the same room and blending in with the wall. Indeed, pretty much every anecdote you hear has some sort of payoff either nearby or in another area, most of which are honestly too funny to even hint at here, lest there be spoilers. 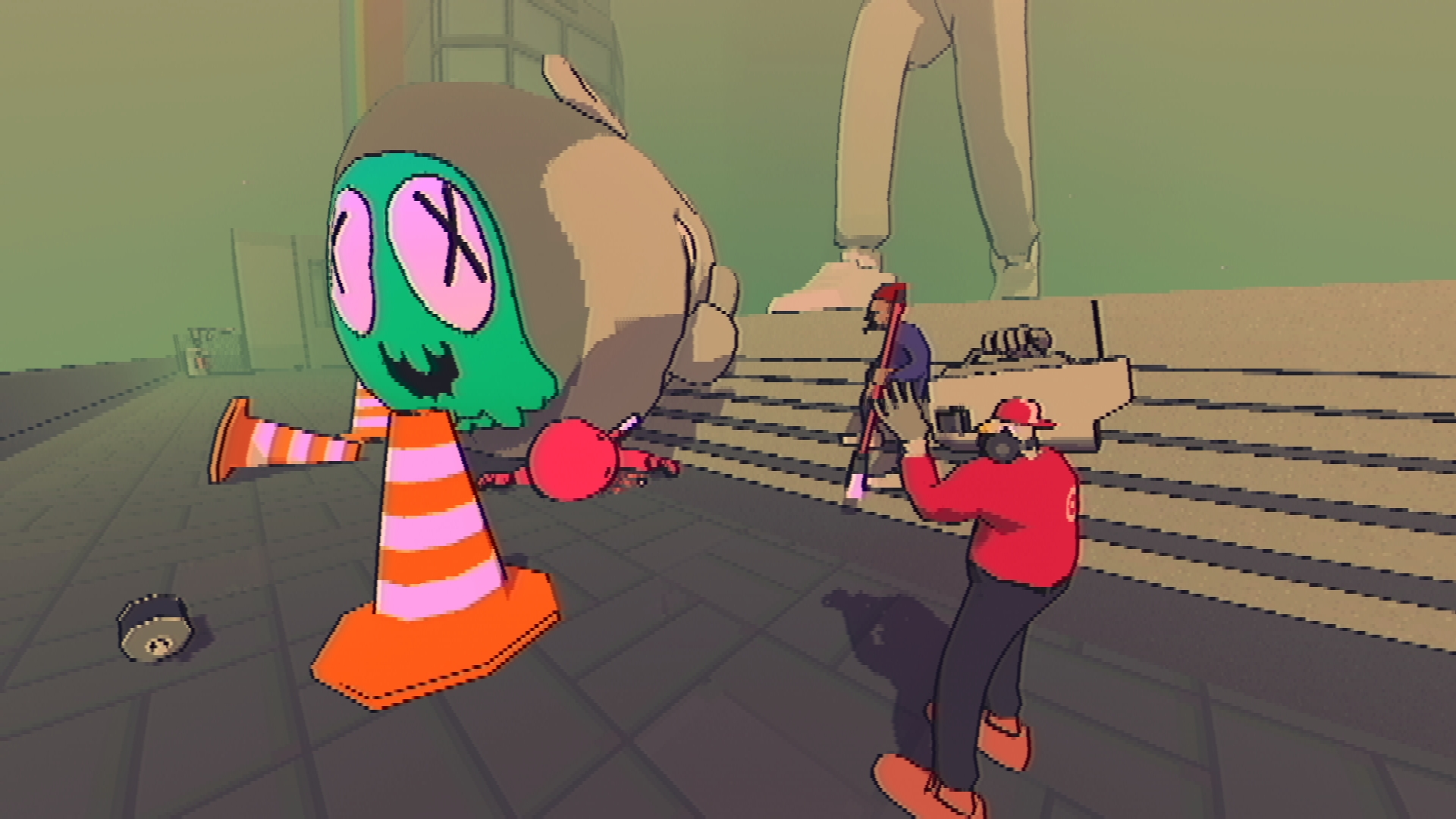 It helps that the visual style and atmosphere are impressive as well. Sludge Life doesn’t shy away from making its world look as grimy as possible, be it via a hazy, pollution-filled fog, VHS filters, murky colors, pop-up ads in you in-game laptop’s menu and several other cool touches. This also helps the more surreal characters and sights stand out more, especially thanks to the eye-catching character designs, bizarre architecture and layouts, and odd yet enjoyable sense of humor. The latter is especially notable, since the laughs come from the type of vibe one would expect from an Adult Swim show, and thus some the more crass or off-the-wall bits might not land for certain people. They did for me, though, hitting a sweet spot when it comes to my funny bone. The music is also tops, with superb hip-hop and electronic beats that also reflect this industrial/urban hybrid of an island.

If there is to be a main gameplay mechanic in Sludge Life, that would be the tagging. The game features one hundred places to leave Ghost’s signature graffiti on (including unlockable combo pieces to create with the tags of other artists you come across), and both finding then and getting to them provides quite the challenge. As one inhabitant will tell you, every structure around you can be scaled in one way or another, be it yellow-colored grates, small pipes and ladders you can climb on, or just through careful walking and jumping. Basically, if you somehow need an excuse for further exploration, this will have you searching every nook and cranny possible. You can even find items to help out, ranging from gliders that let you fly or fall off of high surfaces or a pair of eyes in a jar that point to the direction of the nearest tagging spot. It’s simple stuff, but it works well and feels like an accomplishment when you’ve successfully pulled off a tricky climb. 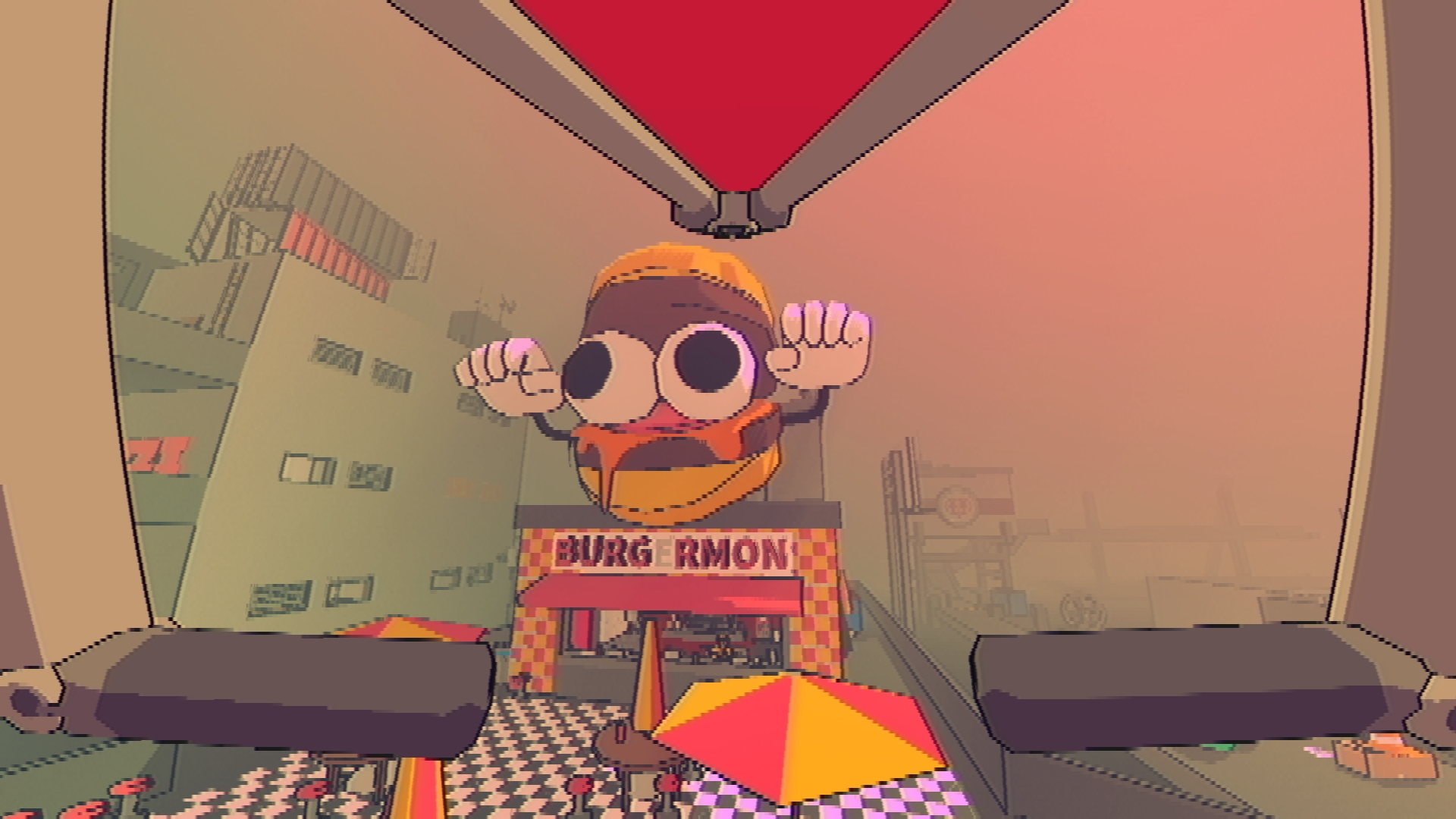 In tandem with tagging, finding various secrets is another big draw when it comes to Sludge Life, be they more little gags tucked away or even apps that you can unlock for your computer, including an entire game-within-a-game that’s actually an enjoyable puzzler/dungeon crawler hybrid. And if that doesn’t work for you, then you can always just hunt for cigarettes and soda (yes, you have dedicated smoking controls), pet dogs, eat banana slugs, shot some hoops and more. It adds to the feeling of this being another lazy, hazy day in a bizarre world such as this, where you can choose to either just hang out or leap around in order to prove yourself as a master of tagging. It’s a fun, carefree feeling.

If there are any notable flaws in Sludge Life, it’s that a few of the climbing controls be be a tad wonky in certain areas, especially when trying to climb on top of objects like thin fences. Finding your away around can also be a bit of a chore, as the teleporters you can activate for fast travel purposes aren’t exactly descriptive of where you go, and the only map that you can find just provides a satellite view of everything, only marking where you are (as opposed to any combo tags you may have unlocked or areas you haven’t visited). Finally, as expected for a game such as this, there’s the issue of length. There’s indeed a lot to hunt for, especially with three different endings to discover if you wish (one requiring you to fully complete all tags). But even if this open world is interesting, it’s still small, and even with a few things to still uncover, you’ll likely have viewed everything necessary in about two to three hours. So it may be worth your time overall, but it won’t be much time. 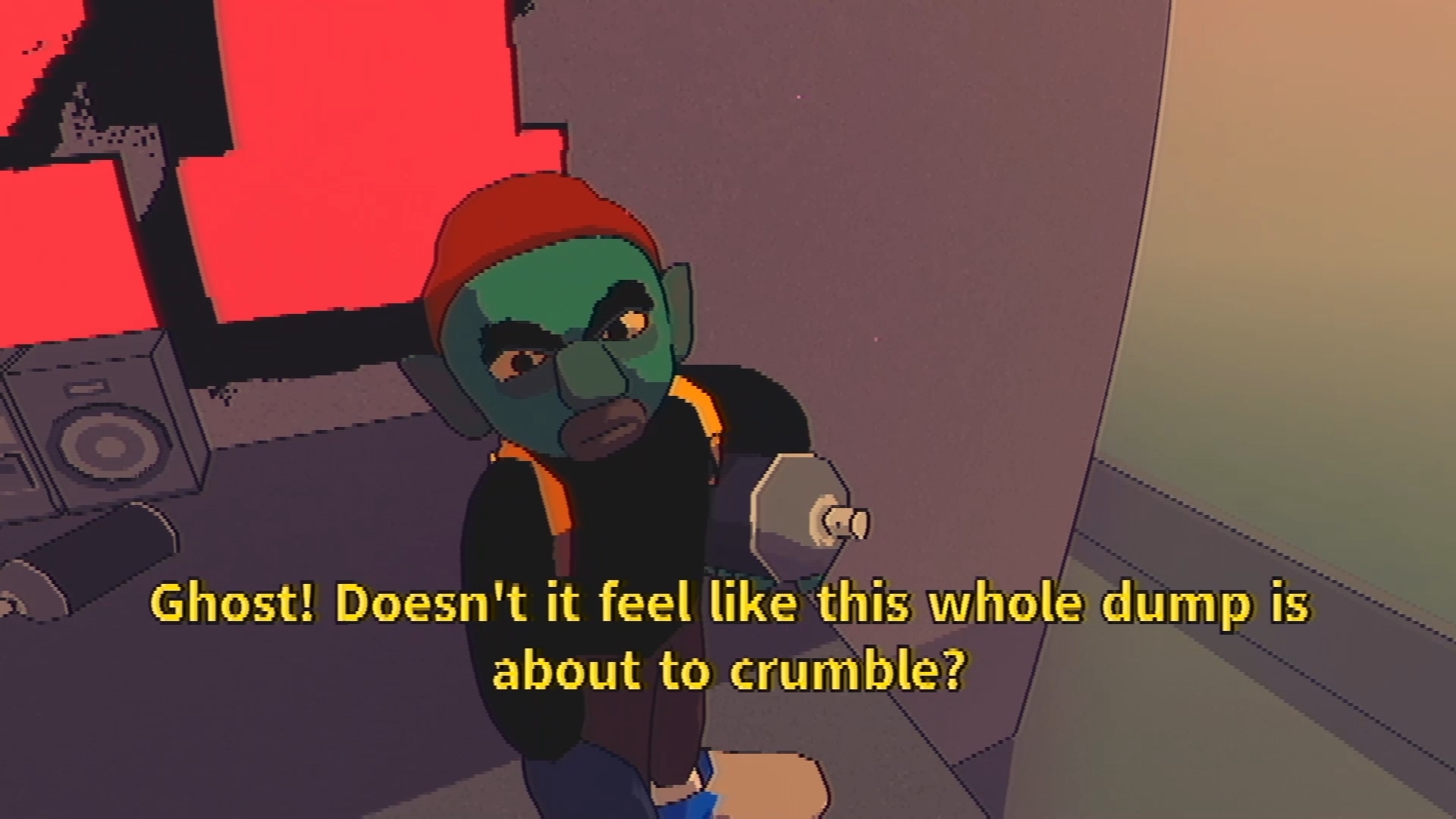 Honestly, there isn’t a whole lot to be said about Sludge Life without giving away its more memorably bizarre bits, of which there are many. It’s a twisted, hellish, yet surprisingly charming playground that you’ll want to spend a good (if small) chunk of time in, soaking in the off-kilter surrounds, humor and visuals. For a game that basically revolves around a filthy hellhole, there’s still a lot of care that was put into making it a unique and fun hellhole and it shows.