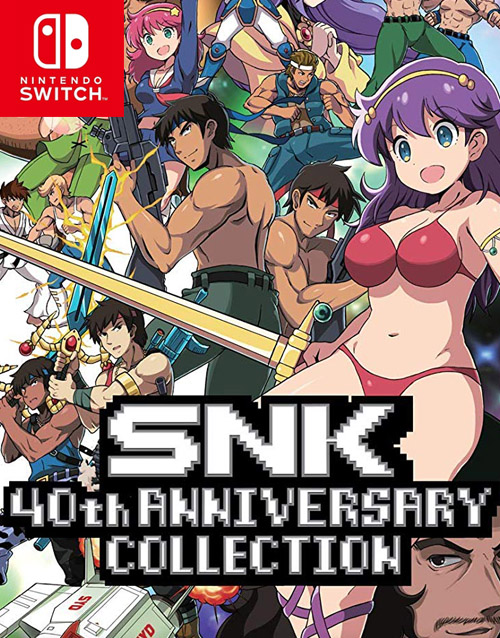 During the ’90s SNK was synonymous with the extremely powerful and equally expensive Neo Geo console and arcade games. Prior to the dawning of Neo Geo they made arcade games, many of which were ported to the Nintendo Entertainment System. To celebrate the company’s fortieth birthday party, a compilation of the early SNK titles is slated to appear on the Nintendo Switch. SNK 40th Anniversary Collection showcases what the company was doing between 1981 and 1990, with the bulk of the titles originating from the second half of the ’80s.

With the exception of Crysalis, the included games are action arcade titles and their ports and a few different arcade genres are covered. Alpha Mission, Guerilla War, Iron Tank, TNK III and the Rambo-inspired Ikari Warriors titles should keep fans of overhead military action satisfied. POW and Street Smart are good for a quick beat ’em fix, the former being like a military-themed Final Fight and the latter more in the style of tournament fighters. Athena and Psycho Soldier are side-scrolling action games that a good reminder of how weird some older games used to look. Prehistoric Isle and Vanguard are side-scrolling ship shooters, with the former waging indiscriminate war against dinosaurs. 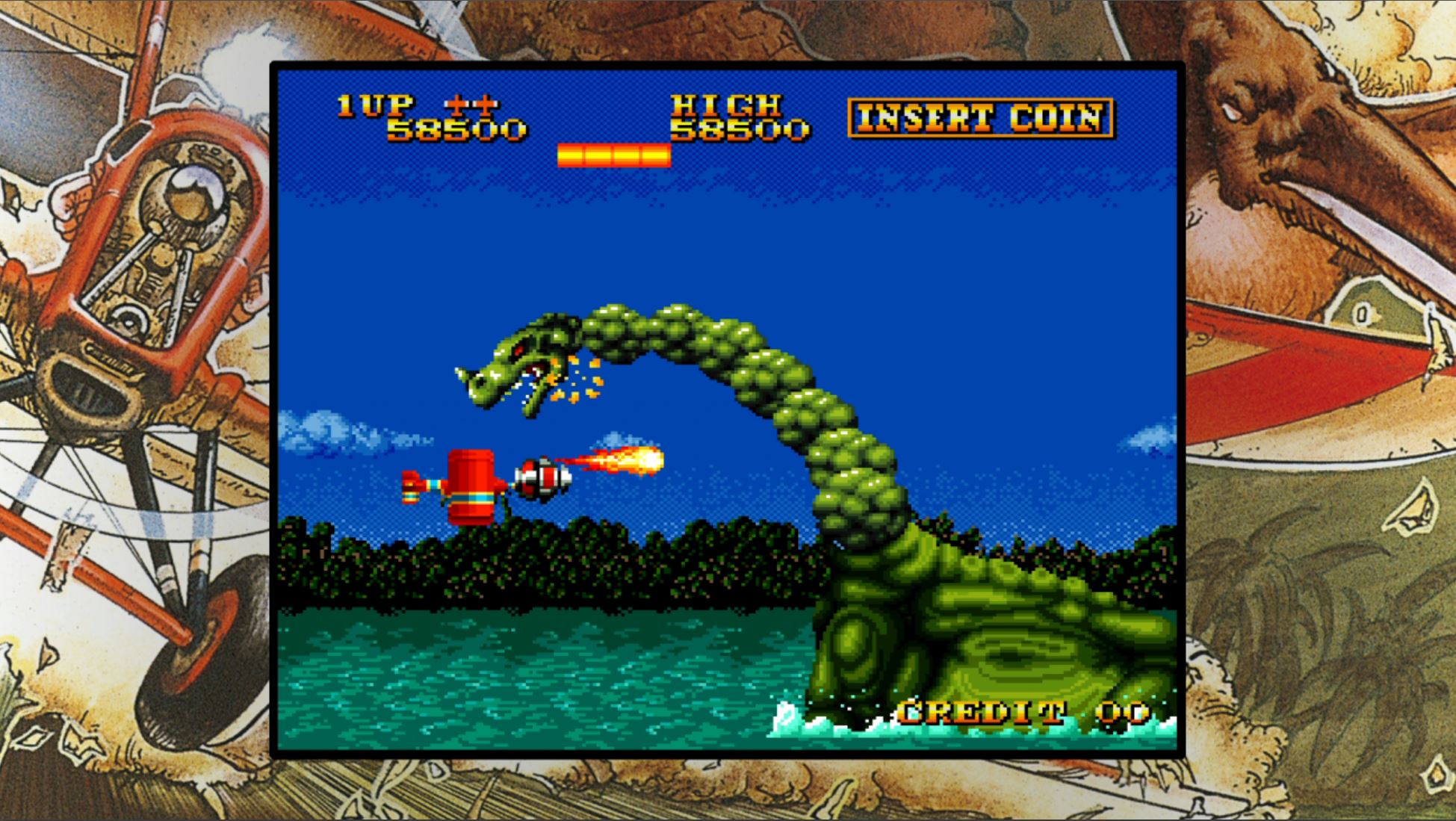 Crystalis isn’t the most well known of titles, but it does have a decent cult following and with good reason. Crystalis is, in an oversimplified nutshell, a Legend of Zelda style adventure taking place in a post-apocalyptic setting where the world is overrun by horrific mutants. By modern game length standards and RPGS in particular, Crystalis is a rather short game that can be completed without having to recharge the Switch, maybe around three hours for someone familiar with the game, but this is still the longest game included in this collection.

As the included titles are old arcade games and their NES ports, one would be correct in assuming these games are difficult unless the player takes the time to learn them. Outside of Crystalis, pretty much every game can be completed in under an hour by players who have developed the proper skills but not being limited by a finite amount of quarters makes the process easier. These games obviously show their age, particularly the NES versions, but they hold up well for fans of retro games. None of the games stick out as being the best arcade titles of the era but they are all respectable titles. Players who only enjoy modern games probably won’t find anything here to change their opinion, but there is a lot of fun to be had for those who appreciate the classic games of the ’80s. 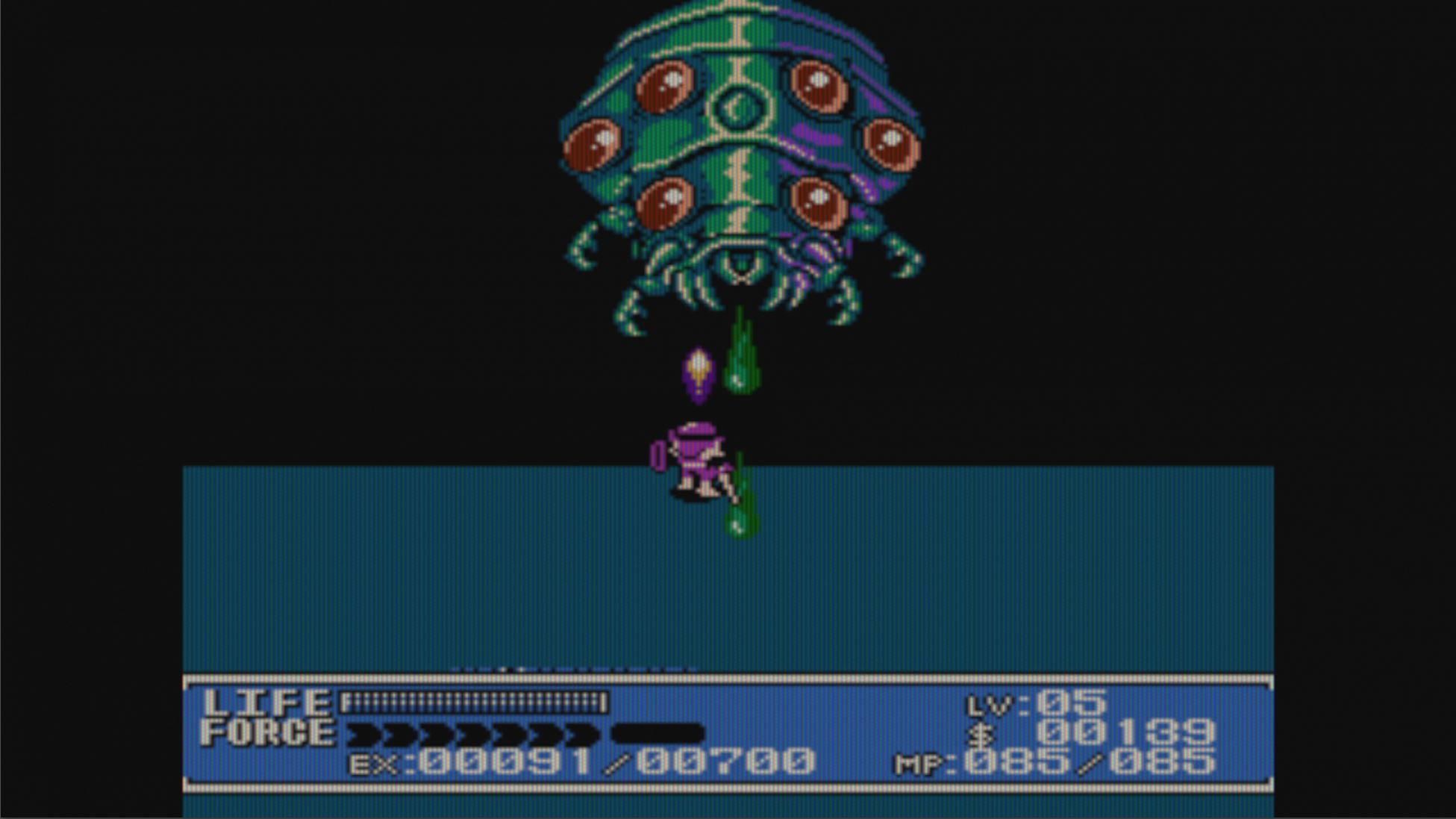 As far as retro collections go, other companies should take notice at the total package of SNK 40th Anniversary Colletion. The inclusion of the arcade and home console port is cool for a couple reasons, it shows off how downgraded arcade ports to the NES had to be sometimes but also takes the nostalgia bug into consideration. One could argue that Ikari Warriors is superior on the arcade, but if someone’s memories are all based on the NES version which version are they more likely to be excited about playing? This collection includes some modern features to the games such as a save and rewind feature, where if a player screws up and wants to redo a segment of the game they can hold the left bumper to rewind the game until the desired restart point is reached. There are options for each game, and while these vary by title they include things like difficulty, number of lives, control settings and which regional version of the game to play, such as American or Japanese. There is a Museum menu where players can look at various old artwork and Japanese instruction manuals or listen to various games’ soundtrack. SNK 40th Anniversary Collection shows a great deal of care went into creating a great collector’s package for fans of this era of SNK games. The default screen window is small, especially in handheld mode, but it can be enlarged to full size in the original 4:3 aspect ration or stretched out to fill the full Switch screen. There is also the option for landscape and portrait orientation.

SNK 40th Anniversary Collection, like many games, will have a Day One patch that addresses some last minute issues and features. During the review time the patch has not been implemented so we can’t speak about it from personal experience, though it does sound like a welcome addition to modernize some of the titles with the co-operative spirit of the Switch. A optional Single Stick mode will be included for all Twin Stick games (Ikari Warriors, Victory Road, T.N.K. III, Guerrilla War) that allows players to use one stick to control both movement and aiming simultaneously. This concept sounds bizarre based on how twin stick shooters work, but the real intent is so two people can play the game using a single set of Joy-Cons. There will also be an optional Auto Fire mode for all Twin Stick games, allowing players to automatically shoot in the button they are aiming. While this reviewer didn’t have any issues with the rewind feature, the Day One patch will address an issue that brings stability to that feature along with fixing some audio and aspect ratio issues that may occur. 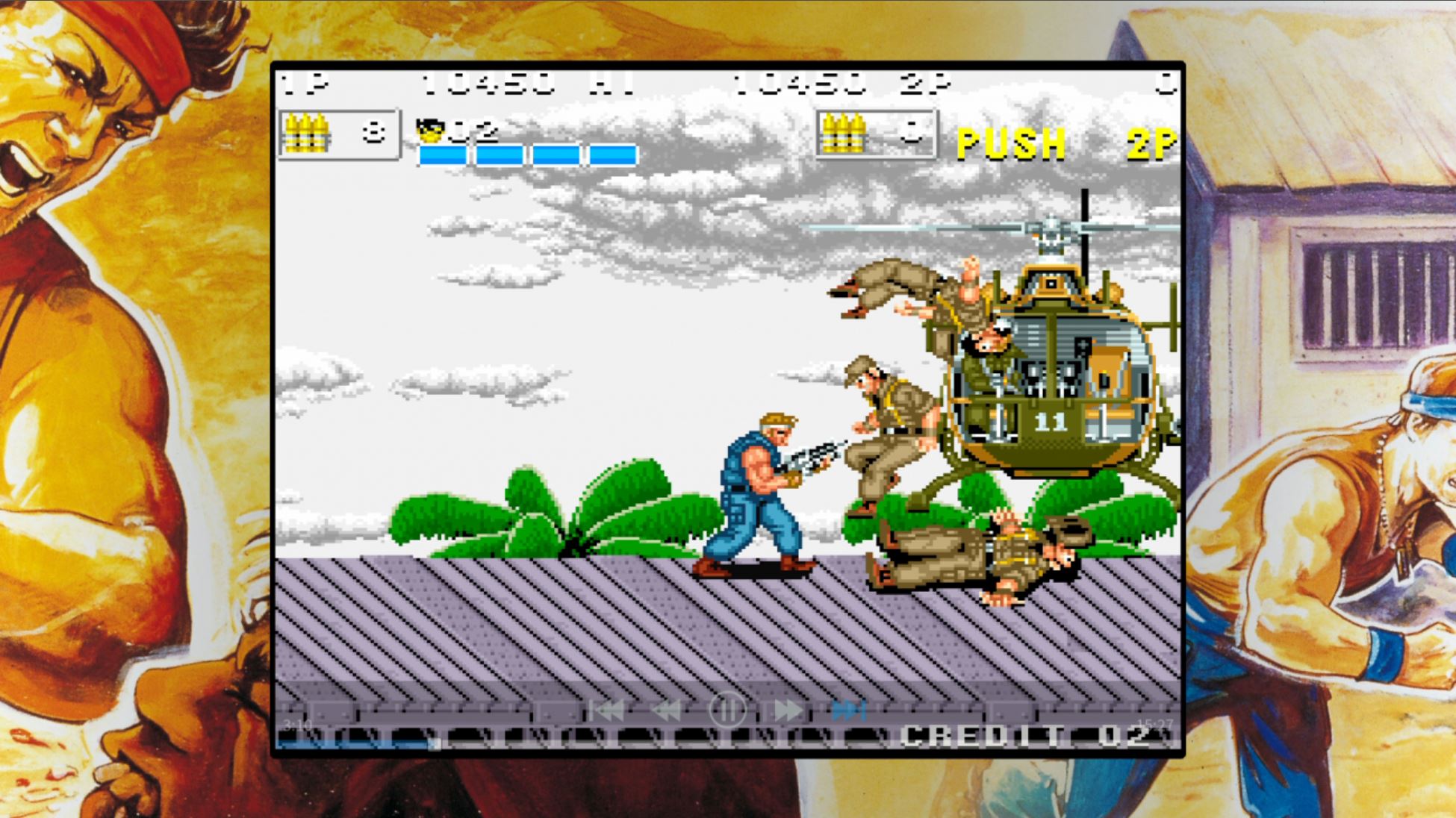 SNK 40th Anniversary Collection is a great example of how a retro collection should be assembled. The inclusion of American and Japanese regional versions of each game along with the original arcade and console port is a nice way to help ensure players get the complete experience. The actual games included are a bit more niche. For ’80s arcade titles these are fun but don’t seem like most of them were the ones that had huge crowds of people waiting to play, back when that sort of thing actually happened.  The bottom line with SNK 40th Anniversary Collection boils down to whether or not someone has fond memories of the included games or at least those style of games from the ’80s. The collection presents these games in a manner that should please any fan of these titles, but there doesn’t seem to be much here to convert someone who is only interested in modern games.