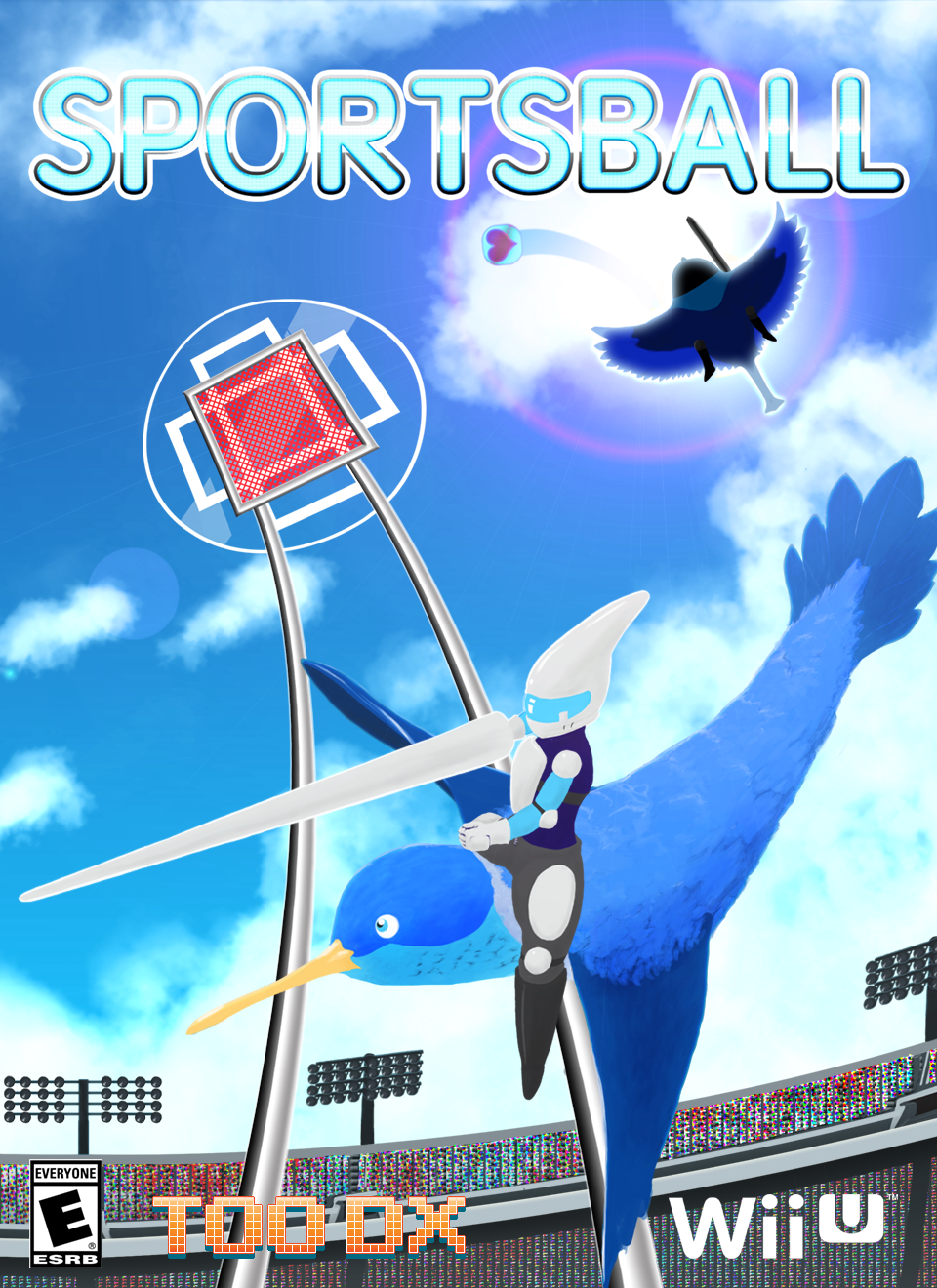 The Wii U eShop has some true gems nestled away in its awful interface; titles like Chasing Aurora, Nano Assault Neo, Armillo and Mighty Switch Force Hyper Drive Edition are fantastic examples of the old-school goodness just waiting to be discovered. With those titles and many other Wii U eShop releases, there’s a sense of nostalgia to them in terms of their design, meaning that they all have a decidedly arcade feel to them thanks to the employment of design mechanics that feel ripped straight from that bygone era of gaming — in the best of ways. That’s what Too DX’s Sportsball embodies: throwback design philosophies built for local multiplayer with maximum fun in mind. It’s a game that doesn’t take itself too seriously as a result, but also one that has been lovingly crafted.

Sportsball’s most obvious source of inspiration comes from the cult classic Joust. In fact, the game is pretty much Joust, just with a sports feel to it and neon-colored bird-riders. The foundation of the title, then, is quite simple: players tee off against each other in a battle for sportsball court dominance. The setup to get to that point is basic, as well. Players start by choosing between four teams, each of which has four characters that posses their own unique abilities and attributes. Once teams and characters have been chosen, it’s off to a handful of arenas to compete in, what is essentially, a lightning-fast version of soccer — just with the addition of flying birds and jousts meant to knock the ball around. It’s all quite rudimentary on the surface, and appears even more superficial given the game’s two-button system. Though, this accessibility is somewhat illusionary; sure it allows for practically anyone to jump in and start playing immediately, without having to worry about learning many systems; however, once playing the game for more than a few minutes, it’s easy to see that Sportsball is not for the faint of heart. Indeed, it is a game with a truckload of strategic depth, and quite a learning curve to boot.

In fact, it’s that depth and adjustment time that gets in the way of being able to fully enjoy Sportsball, at least right out of the gates. Controlling one’s bird, while straight-forward, takes a lot of getting used to. Because the matches are so quick in nature, even its two-button setup can feel overwhelming, as there’s actually quite a bit more than just hitting two buttons. The only way to score in Sportsball is by knocking a ball into a basket that sits in the middle of the screen. To do that though, one has to be able to line up their shot expertly. Doing this at break-neck speeds is incredibly challenging at first. Taking into account the speed, direction of one’s bird, along with having to repeatedly hit a button to keep one’s bird flapping its wings and using the dive button to rapidly descend on the ball is like informational overload at times. 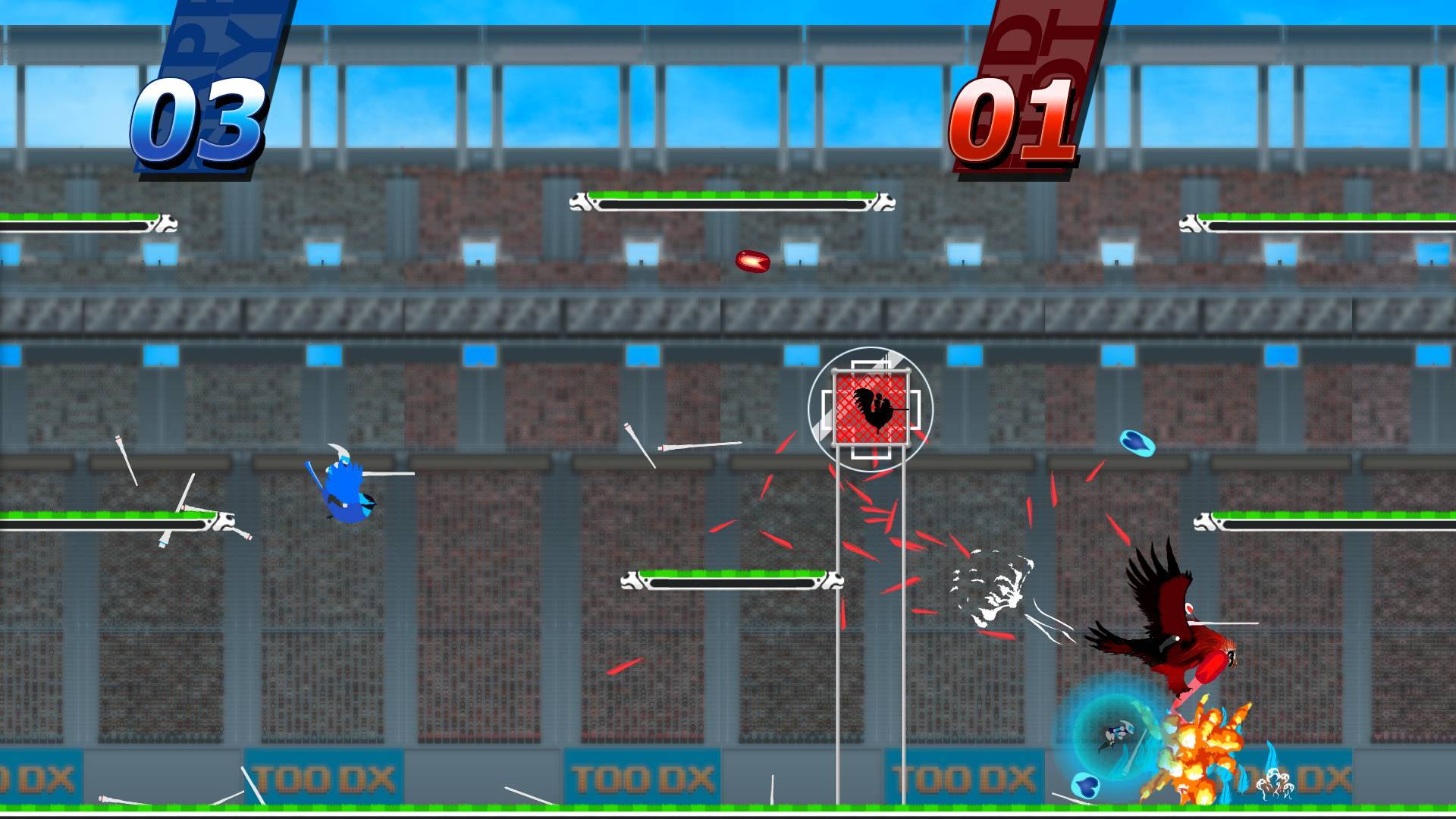 In other words, on paper Sportsball looks easy enough to grasp; but it’s far from it. That being said, once things start to click, and players’ brains acclimate to the unadulterated chaos that comes with playing alongside three other friends, there’s a great deal of fun to be had. Our contests routinely broke out into shouting matches, interspersed with hearty laughter. We could easily see this being a huge hit at a party, or an good fit for a group of friends wanting some lighthearted, competitive fun offset by good old-fashioned beer-drinking. Although Chasing Aurora has been our favorite indie party game available on the Wii U eShop, Sportsball is giving it a run for its money.

Sportsball was clearly designed with four players in mind. Its peak enjoyment is certainly when there is a group of friends huddled around the television, cursing and trash-talking their way to victory. However, when played with just two people, things never heat up the way they’re apparently intended to. It’s still a good deal of fun, but never reaches the heights of the four-player madness. Sadly, the game is only local multiplayer, which is quite baffling. Considering the game was designed with more than just two people in mind, it would seem like a shoe-in that online competitive play would be at the crux of the experience. Thus, its absence is a complete missed opportunity. It’s even more frustrating considering there is no real singleplayer to speak of. There’s “Rallymode”, sure, but this is nothing more than one player trying to make as many baskets as they can before a timer counts down. That’s not exactly a self-sustaining feature. Equally as strange is the ability to play with a fifth player who only watches the game on the GamePad and can narrate the matches through the controller’s built-in microphone. We couldn’t quite figure out how this added to the gameplay, feeling only like a hamfisted attempt at utilizing the U’s divisive controller, but light applause should be given at least for the effort.

That being said, the presentation of the game is wonderful. Too DX clearly love what they have built, and that is shown in everything from the lush 2D graphics, that animate with fluidity and brilliance, to the game’s manual which has more backstory on the game’s setting than you get out of most modern RPGs. It’s actually quite remarkable how much meticulous care was given to fleshing out the game’s world, especially when you consider the fact that most people will never even realize such work is tucked away inside the Wii U’s digital instructional manual feature. The sound aspects also impress, further giving the game a type of 80s vibe with brash synth and pulsating electronic beats. While the soundtrack is relatively meager, the theme song will be embedded in your preconscious for days. From a sheer production value standpoint, Sportsball is a winner through and through, and the development team should be showered with accolades for realizing how to bring their game to life. 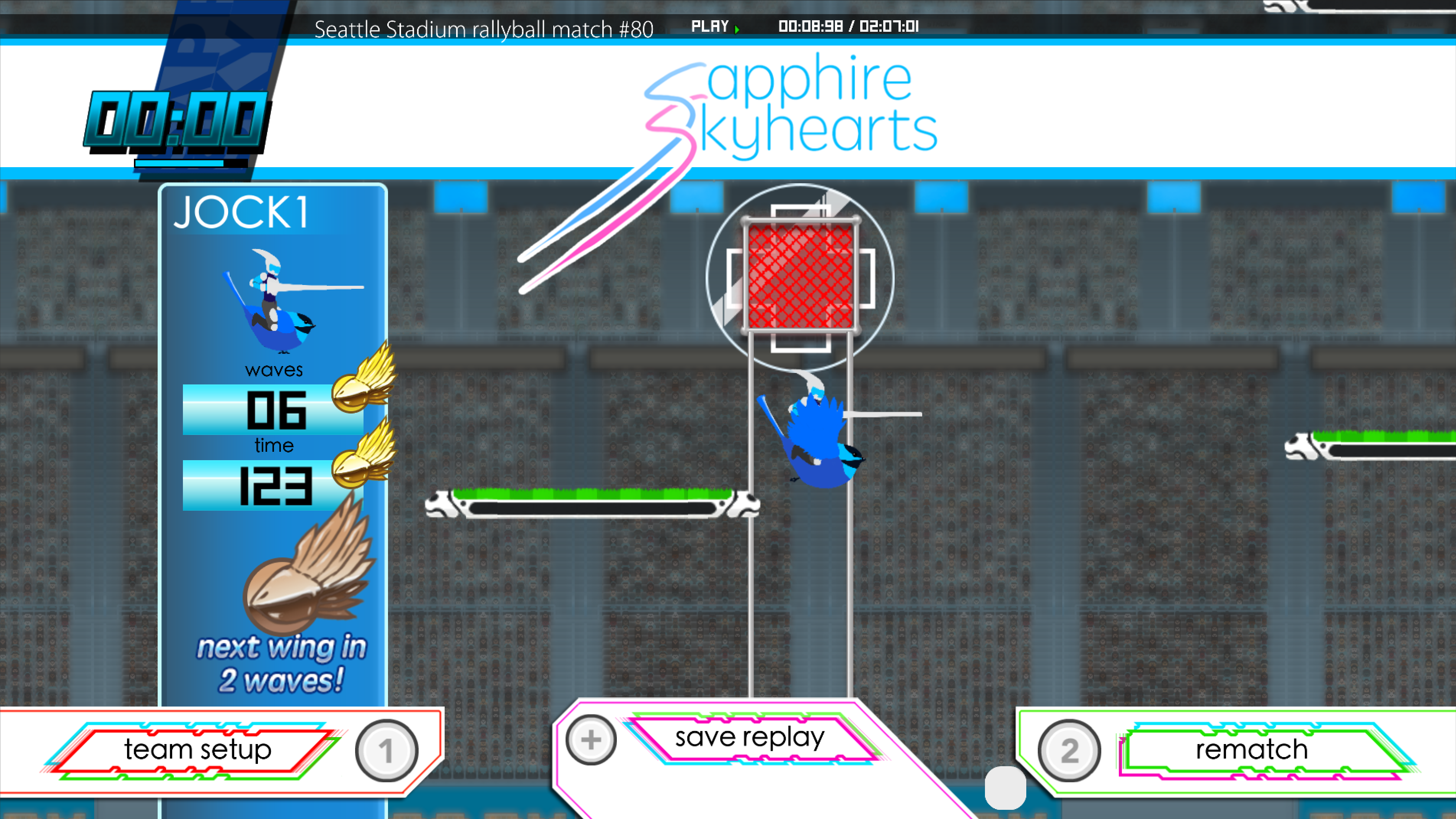 Sportsball is a local multiplayer-only title, and should be purchased with that firmly in mind. For those with three other friends around looking for something to tide them over until Smash Bros. or who just want something to play while they consume copious amounts of beer, Sportsball is well worth its price tag. Anyone looking for something other than that, like a singleplayer or online experience, will probably want to avoid this one, as there’s just not enough here for a player flying solo. That being said, it’s hard to deny Sportsball’s colorful, ’80s charm and presentation; indie developers everywhere should look to Too DX for inspiration on how to craft a beautiful game with limited resources.