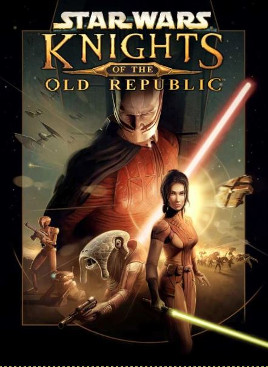 A long time ago in a galaxy far, far away, Microsoft’s Xbox was struggling in trying to establish dominance as a newcomer in the decades long console wars. Sega had suffered massive losses under heavy assaults from Nintendo and Sony, and Microsoft seized this opportunity to battle the console empire established by the Japanese powerhouses. Determined as they were, Microsoft’s forces simply lacked enough noteworthy exclusive titles to wage an effective war on two fronts against Nintendo and Sony. Things were looking grim for Xbox, but while on the verge of succumbing to the empire built by their console competitors, a new hope arose in Star Wars: Knights of the Old Republic.

Things were far from bad for Xbox but Knights of the Old Republic is generally agreed upon to be one of the best games for that platform. It was a choice-driven RPG that seemed inspired by the Star Wars tabletop role playing game as it uses the d20 system. More importantly, it was so successful that it was clearly used a template for future BioWare games such as Jade Empire, Mass Effect and Dragon Age. It was a masterpiece of its gaming era, but sadly when it comes to anything tech related the passage of time is rarely kind. Knights of the Old Republic was a groundbreaking and influential game when it was released, but how well does it fare eighteen years later?

After the standard Star Wars opening crawl the player is on doomed spaceship Endar Spire under attack by Sith Lord Darth Malak. The target of Malak’s attack is a Jedi Knight Bastila Shan. The player fights their way to an escape pod to the world of Taris, where they are taken care of Republic war hero Carth Onasi until they regain consciousness. The current objective is to find Bastila and a way to get off Taris, which gets the player involved in a gang war between the Hidden Beks and Black Vulkars. This also leads to meeting other characters such as Mission Vao, Zaalbar and Canderous Ordo. After assembling a ragtag crew of party members that would be fitting most RPGs or Star Wars film, the crew sets off on their mission to find the Star Forge and defeat Dark Malak, ending a powerful Sith threat. 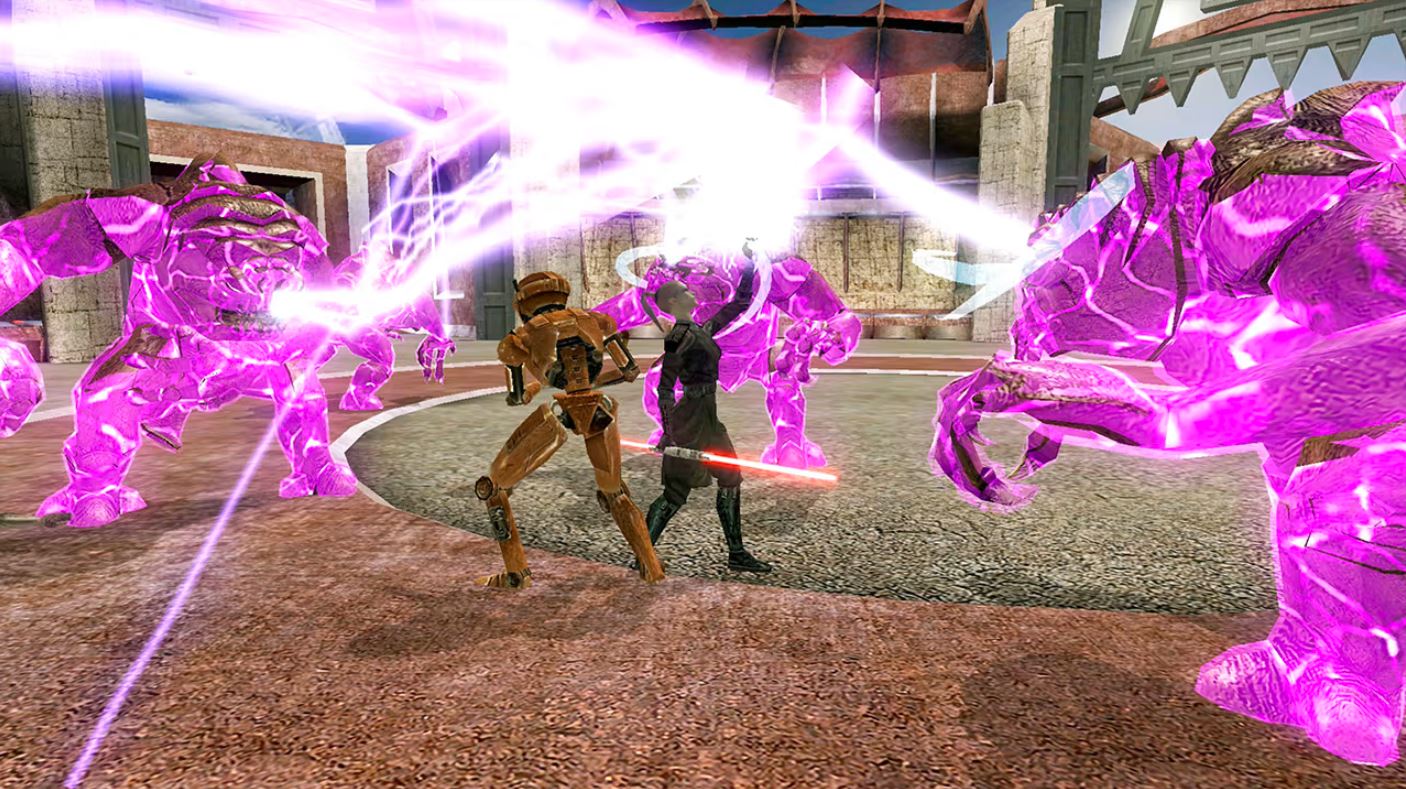 Of course, the objective laid out in the early stages of the game suggests that the player is a follower of the Light Side of the Force. This is all fine and good but there’s something tempting about the Dark Side. The Jedi are bound by so many rules and restrictions and sometimes not just being able to kill and steal your way through a situation and achieve things that benefit you moreso than anyone else can be inconvenient. The player can ultimately decide whether to follow the righteous path of the Jedi or go the Dark Side. The story unfolds differently depending on which side the player aligns with, which does make it worth playing Knights of the Old Republic at least twice to experience both the Light and Dark Side paths.

One of the aspects that made Knights of the Old Republic so engaging was the dialogue system and how choices the player makes impact the story. The player is often asked to intervene various situations, and there’s no shortage of ways they can handle it. The player could be a hero and attempt to remove a bounty placed on someone by dealing with the bounty hunters or maybe offer credits so the targeted individual can pay off their debt to remove the bounty. Or the player could simply kill them and collect the bounty. All these choices have consequences and weigh on the player’s Light or Dark Side alignment, which can also have dire consequences in how certain party members view them. The player can freely choose the path of Jedi or Sith, but depending on these choices can have a major impact in who remains in the player’s endgame party. 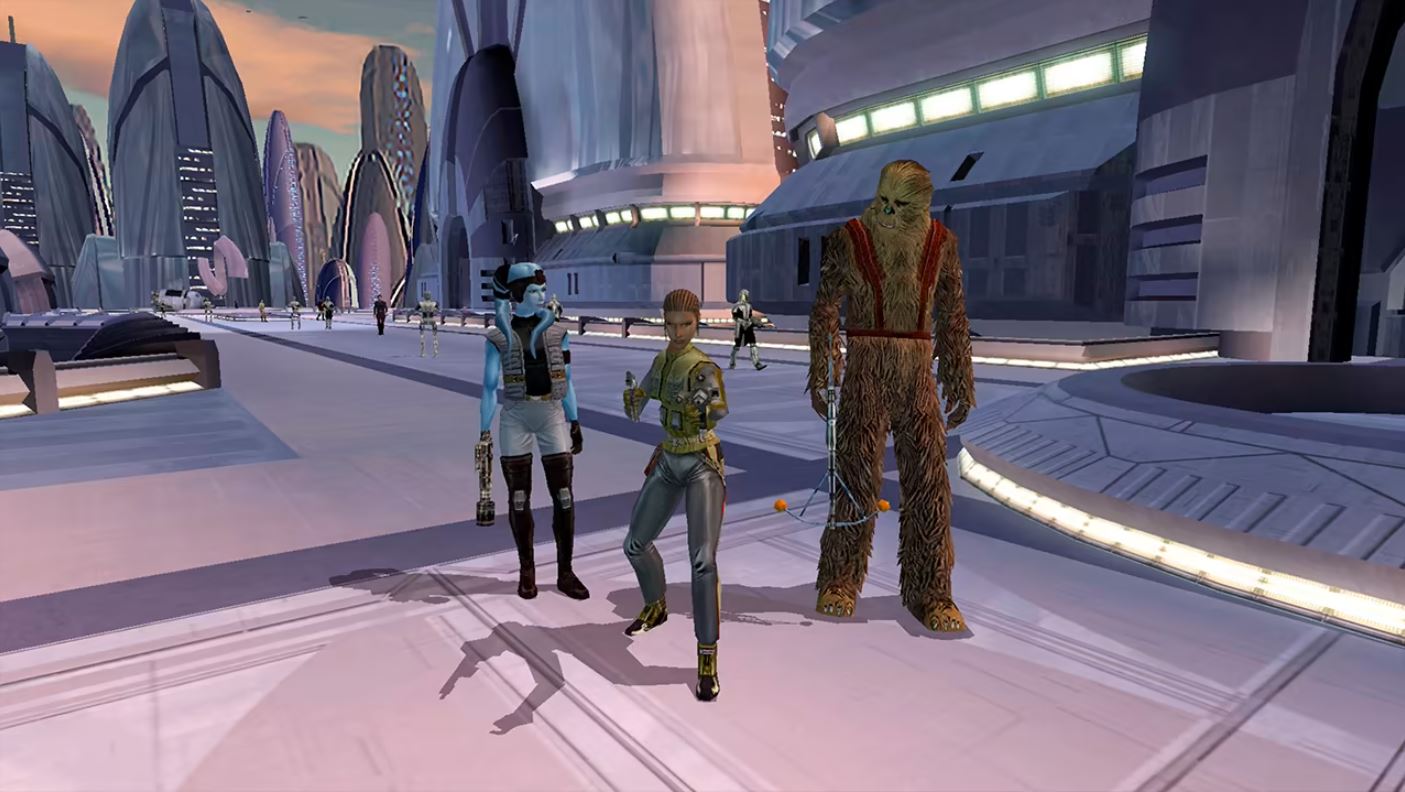 If there’s one aspect that didn’t age well since its initial release, it’s the combat. Battles are fought in real time where the player issues commands to one character while the other two party members take care of business with AI. The various classes have different combat abilities, while the Jedi classes also get alternative force powers. If the AI isn’t acting in an intelligent enough the player can pause the action to switch characters to manually get things back on track. The combat system works perfectly for this type of game, but at the same time feels clunky when compared to later BioWare games. The first part of the game can be challenging, especially if the player is choosing to remain at level 2 until a certain point on Dantoonie. The challenge is fair throughout the game, but difficulty settings can be utilized if the player wants a greater challenge or just enjoy the story.

Star Wars: Knights of the Old Republic on Switch is the same game it was almost twenty years ago. The resolution has been increased, and the character models and graphics are the same despite texture improvements. This port presents the original game with no significant changes, but Knights of the Old Republic is a rare game that really needs no improvement. The dated character models and battle mechanics clearly show their age, but aside from lacking modern polish still work well enough where they don’t detract from the enjoyment. The story is the highlight of Knights of the Old Republic which has been deliberately not discussed in the review on the off chance the person reading this isn’t aware of the major events that occur. But the the great story within this title is still a joy to watch unfold after all these years. The atmosphere of the different worlds and characters perfectly recreates the classic Star Wars vibe. The party is composed Twi’leks, Wookies and droids in true Star Wars fashion with a variety of personalities. Bastila strongly believes in the seeing the good in people and redemption while HK-47’s misanthropy puts Bender’s to shame. 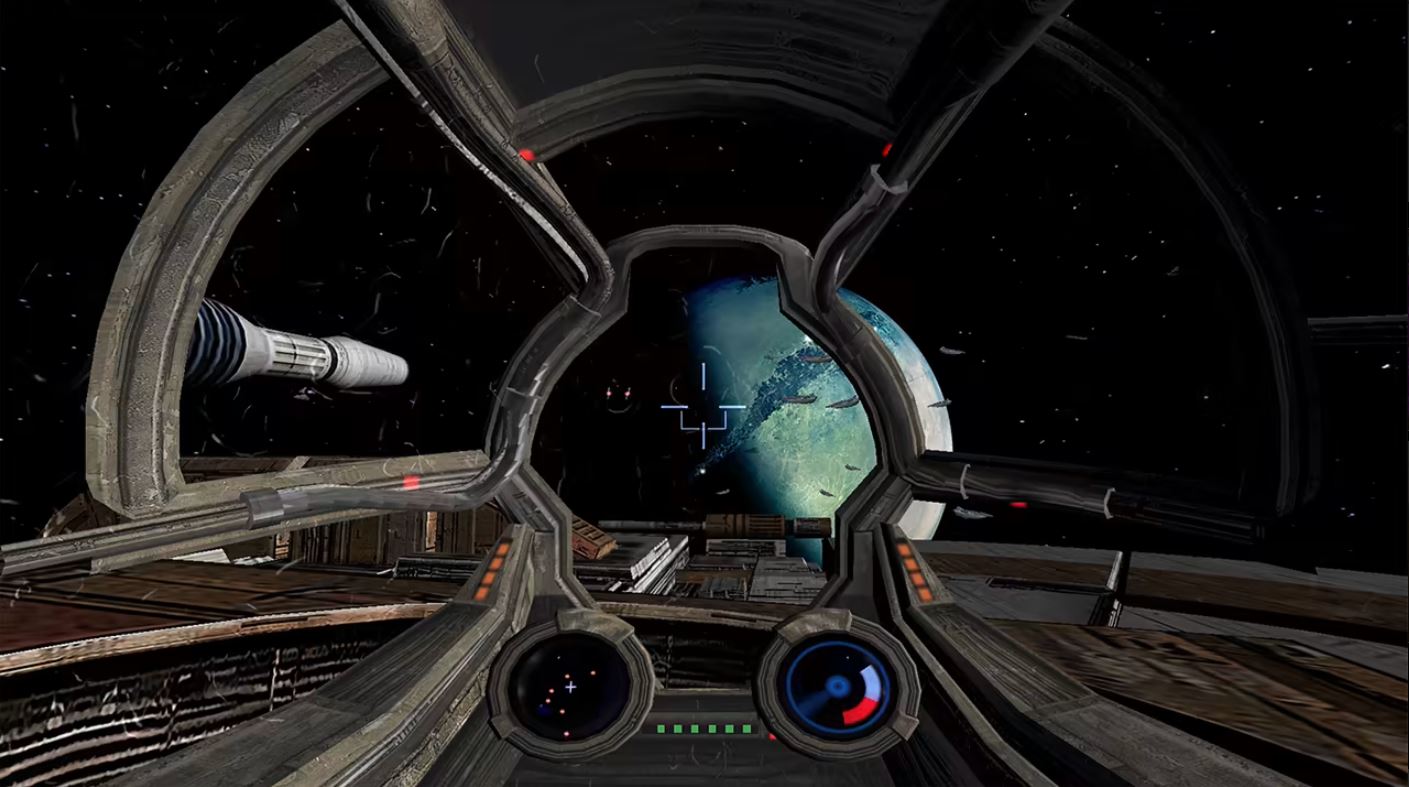 Star Wars: Knights of the Old Republic remains one of the best games ever made and arguably the best Star Wars game. Aside from shorter loading times and higher resolution, nothing is drastically changed on Switch, which is perfectly fine as this is one of those games that doesn’t need much tinkering. The character models and battle mechanics are products of their time, but the story and character choice elements are just as strong today as they were in 2003. Whether the desired path is one to save the galaxy from evil and/or corruption or to become the most powerful villain of the Old Republic, this is a galaxy that should be explored by all Star Wars and RPG fans.