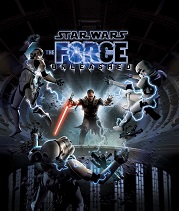 A long time ago in a galaxy far, far away, LucasArts dreamed of the next big Star Wars trilogy. Rather than a trio of films, it would be a trio of games following Darth Vader’s Secret Apprentice. Despite a promising yet flawed start, the whole trilogy was never released and was ultimately abandoned during the Disney acquisition. To this day, though, a strong contingent of fans clamor for the final entry in the franchise and remasters of the original two titles. Aspyr Media has gladly taken up the mantle, sort of, by remastering the Nintendo Wii version of Star Wars: The Force Unleashed for Nintendo Switch. A significantly different version than its HD counterparts, the Krome Studios developed Wii version took a hit in the visual and technology departments, but smoothed those issues over with additional story content and an exclusive multiplayer mode. So all these years later, is Star Wars: The Force Unleashed on Switch a worthy return of a fan favorite or was Disney right to bury this franchise?

Star Wars: The Force Unleashed takes place shortly before the events of Star Wars: A New Hope. After a brief romp as Darth Vader, you take control of Galen Marek, aka Starkiller, aka Vader’s secret apprentice, and are sent off into the galaxy to hunt down the remaining Jedi, become more powerful and help Vader overthrow Emperor Palpatine. In 2008, The Force Unleashed’s plot resonated with fans and critics, managing to evoke emotion as the story twisted and turned over its short run time. Likable characters such as PROXY and Rahm Kota and how it tied the Prequel and Original trilogies together were key highlights. The Wii version, and now the Switch version, in particular included a handful of missions to the Jedi temple and Cloud City that further flesh out the campaign and Galen’s character in ways that the HD versions didn’t. These extra missions made the Wii version stand out against its more technologically impressive siblings.

On the flip side, the Wii’s visual capabilities hindered the impact of pivotal moments and the actor’s performances. Stiff animations, low-quality models and textures, and graphical glitches held back the game’s ability to relay the story back in 2008, and it hasn’t gotten any better on the Switch. Though the remaster smooths out the presentation thanks to a higher resolution, it can’t hide the fact that this version was developed as an SD title for an SD platform. There’s also nothing new here story-wise if you played the original on Wii. As the Tatooine and Hoth DLC was never developed for the Wii version, both are absent here. It’s still an interesting tale to play through, even if it’s non-canon; this just isn’t the best-told version of this story. It’s also a relatively short story that can be beaten in 4-5 hours. There are a handful of costumes, Lightsaber crystals and other unlockables to return for, but overall there’s not much incentive to return after the credits roll. For $19.99, it’s a decent amount of content, just don’t expect to sink hours upon hours into The Force Unleashed. 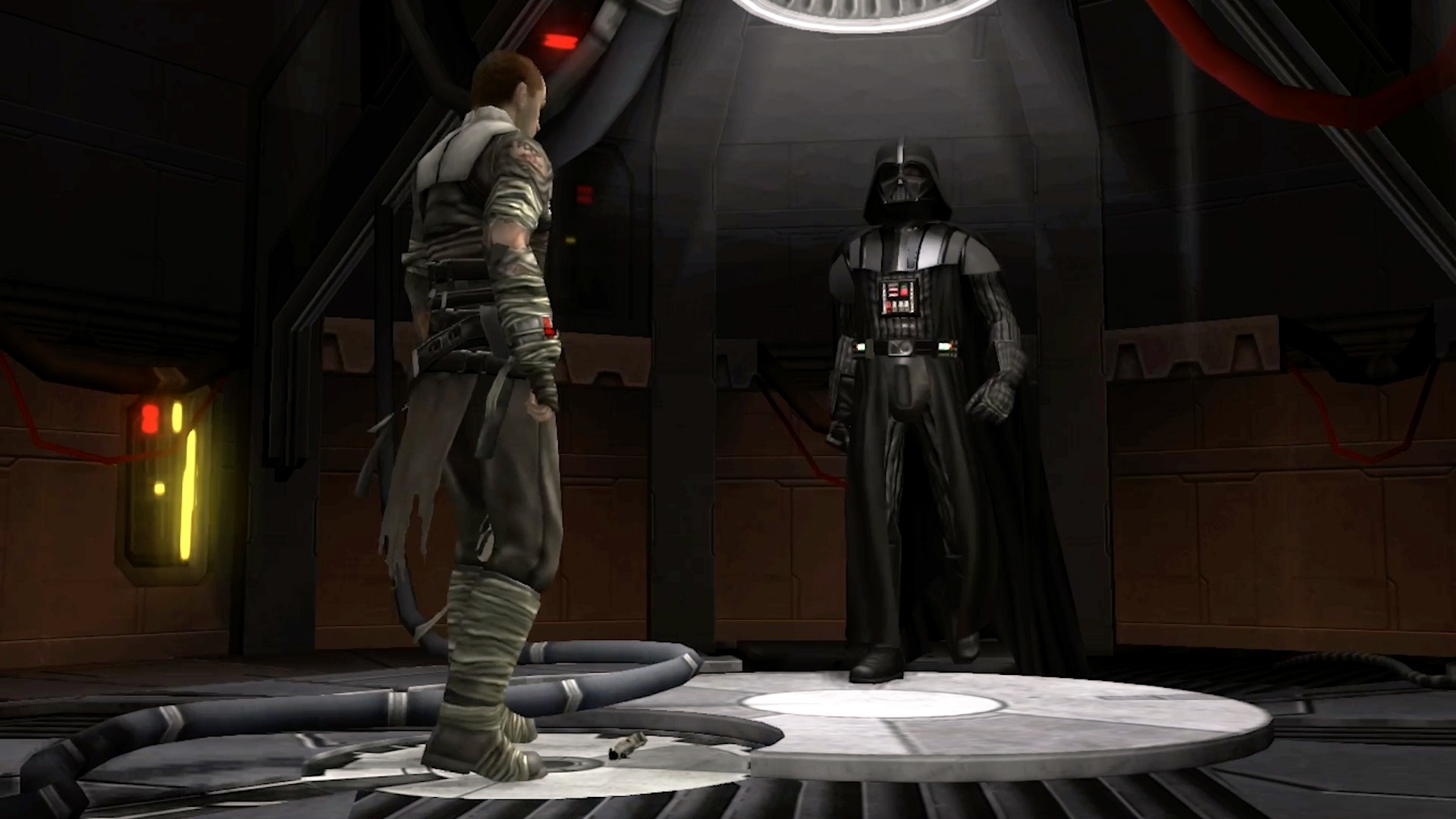 Star Wars: The Force Unleashed is a linear action game that keeps players moving forward in pursuit of the story. You’ll travel to familiar Star Wars locations like the Death Star, Kashyyyk, the Jedi Temple and Bespin to pursue your goals, traverse down corridors and large open areas, and ultimately confront the level’s boss. Levels are rather fast-paced and keep the story’s momentum at its forefront. The worlds of The Force Unleashed feel well detailed despite their SD origin. Compact areas are pleasantly detailed with a surprising amount of destructible materials. Larger levels lack the visual detail of the smaller levels, but feature enough interactable objects that allow you to feel like an overpowered Jedi/Sith. The downside is that many of the environments do get repetitive, especially onboard Imperial ships and the Death Star.

The saving grace of the Wii, and now the Switch version, is how well it replicates the power fantasy of the HD versions. Despite lacking the technology that powered the impressive physics and destruction on the HD consoles, the remastered game manages to push a lot of pixels and special effects at any given time. The sparse environments actually do this version of The Force Unleashed a favor, making targeting specific objects and enemies easier. It’s easy to feel powerful in the opening hours, though things drift downwards as the game progresses.

Much like its HD brethren, The Force Unleashed starts off strong by making you feel powerful but then slowly starts to whittle that away with the introduction of enemies capable of blocking your lightsaber attacks and shrugging off the Force. While this version lacks the overly annoying and aggressive snipers, it comes with its own enemy issues, including melee enemies that appear to lack proper hit registration and overly large enemies with attacks that frequently knock Galen down and rarely allow him to get up. Star Wars: The Force Unleashed on Switch generally feels unpolished as the game progresses, with combat getting clunkier, spammy and broken the further you get. Expect the AI to constantly break as they get stuck on objects or merely forget you’re there. These were all issues on the Wii and it’s disappointing Aspyr didn’t clean them up for the remaster. 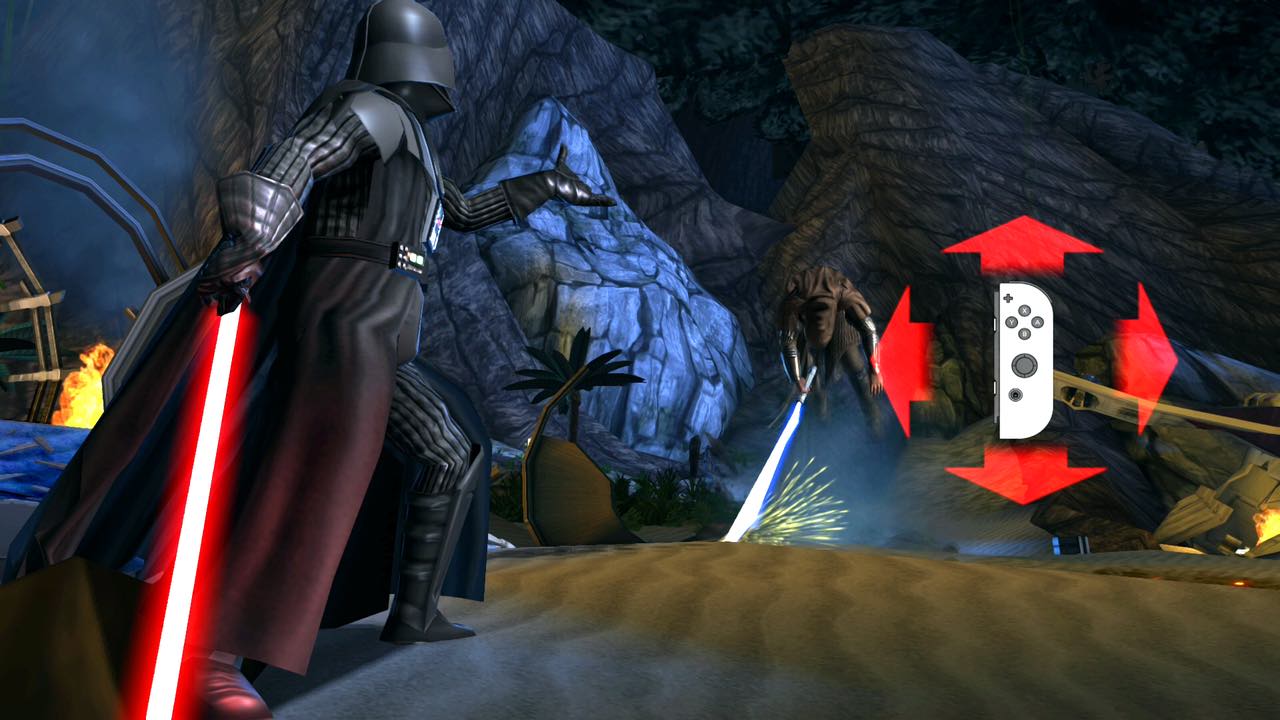 Aspyr has improved the controls thanks to a new traditional control scheme that allows you to perform combos and unleash the Force through the buttons and triggers on your Joy-Cons or Pro Controller. It’s a much-needed quality-of-life improvement over the Wii version, allowing for more precise combat and camera control. Of course, motion controls are still here and more accurate than in the original release, but still pale compared to a traditional controller. The novelty of swinging your arms around quickly wears off when it becomes clear your movements aren’t truly registering as lightsabers swings on the screen. The Switch version does carry over the Wii version’s exclusive Duel mode where players can take control of legendary Star Wars characters like Darth Maul and Obi-Wan Kenobi and battle it out across iconic locations. It sounds fantastic on paper, but the mode is simplistic and filled with compromises. These include every character having the same movesets, simplified controls and a limited roster filled mainly with Galen’s different costumes. It’s an amusing diversion, but not as exciting as the historical missions locked to the PSP version.

Star Wars: The Force Unleashed already looked rough for its time back in 2008, and time hasn’t made it look any better. While Aspyr has done an excellent job upping the resolution to smooth out the look, it can’t hide the limited visual capabilities of the Wii. As previously stated, this has an adverse effect and dampens the story’s impact. The particle effects and destruction are nice, but the frame rate noticeably dives anytime an explosion goes off. The audio is also off with poor compression muffling key moments in-game. Considering this was a known issue on Wii, it’s disappointing not to see it fixed this time around. Aspyr does what it can with this 2008 title, but it’s not enough to smooth over the extremely rough edges. 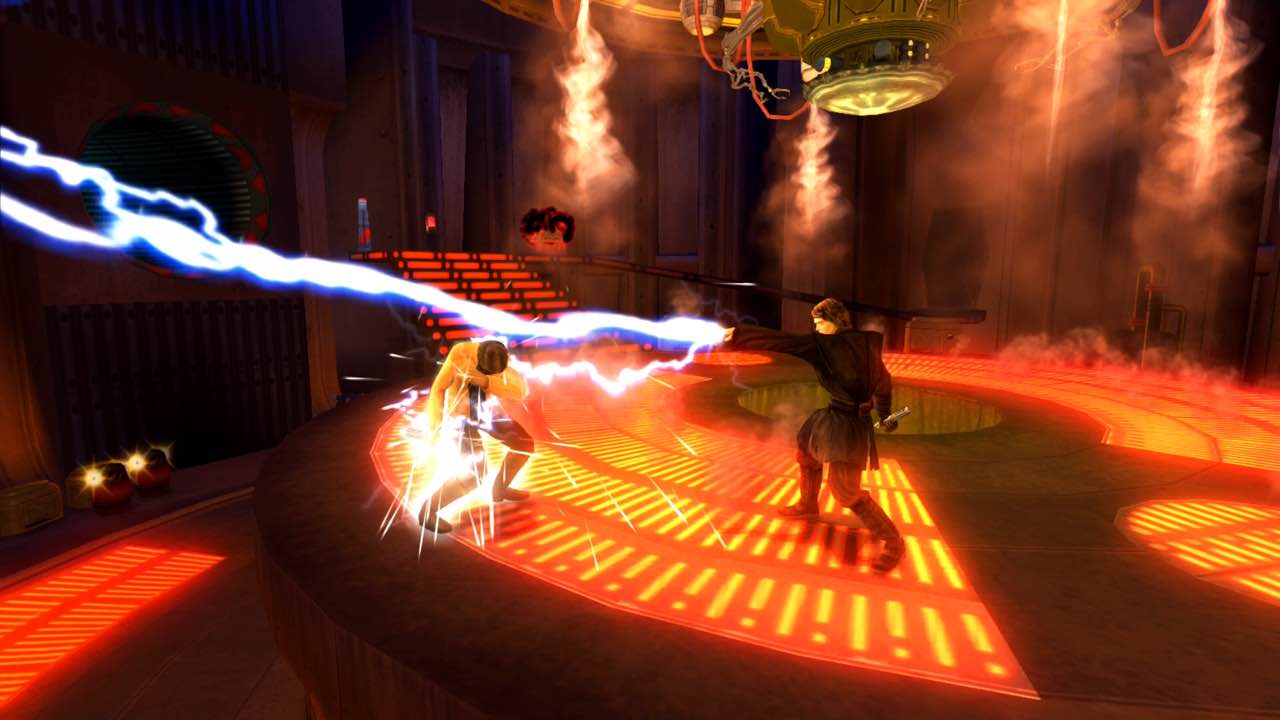 Korme Studios’ original take on Star Wars: The Force Unleashed on Wii was a noble effort back in 2008. Its unique take on combat, integration of mechanics from the HD version, and presentation of the story was praise-worthy for even working on underpowered hardware. Fast-forward to 2022 and Star Wars: The Force Unleashed feels dated on Switch, especially when the hardware is capable of running the HD version. This is a remaster where the highs of unleashing the Force conflict with the lows of the original product. Quality-of-life improvements like the inclusion of traditional controls and the bump to the resolution help improve the game immensely. At the same time, the gameplay’s clunkiness, glitches and performance issues found on the Wii remain persistent issues in this remaster. For $19.99, there’s a decent amount of content and a chance to explore an old chapter relegated to Legends territory. Unfortunately, many of the more pressing issues were never addressed in this remaster. Star Wars: The Force Unleashed is fun in short bursts on Switch, but the further you go, the more contained the Force starts to feel.