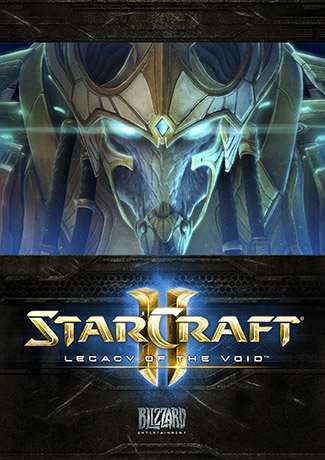 StarCraft II: Legacy of the Void

For fans of real time strategy games, all of the hoopla and media attention paid to the arrival of Fallout 4 and Rise of the Tomb Raider was overshadowed by the release of Legacy of the Void, the final installment of the StarCraft 2 trilogy that began with Wings of Liberty in 2010 before progressing to Heart of the Swarm in 2013. Whether Blizzard truly needed three full games to tell its epic story or just wanted three times the income is open to debate, but of course in typical Blizzard fashion all three games are outstanding products.

Still, five years is a long time in the games industry, and in the world of competitive eSports, RTS games have been somewhat displaced by MOBAs. While Blizzard didn’t invent eSports, StarCraft Broodwar was certainly largely — and lucratively — responsible for the rise of the profession in South Korea and throughout Asia. When StarCraft 2 was released it was engineered from conception on to be the “next big thing” in eSports, but that surprisingly didn’t happen, at least to the extent that Blizzard probably hoped. The relative failure of StarCraft 2 to really take a tenacious hold as an eSport title might be responsible for Blizzard’s lack of urgency in completing the trilogy, which has all been built on basically the same engine, and using many of the same assets. It is certainly conceivable that the entire multiplayer game — sans balancing and the eventual addition and deletion of a few units — could have been released in 2010.

In any case, Legacy of the Void  is here and in terms of story, it adequately wraps up the sprawling space opera that began with Wings of Liberty. While it’s frankly difficult to imagine anyone coming brand new to the series having any sort of grasp of the arcane and convoluted story and lore, the third and final chapter is basically about Protoss leader Heirarch Artanis’ attempt to create a Golden Armada, and to finally retake the Protoss homeworld, Aiur. When the ancient, power-hungry god Amon appears to thwart Artanis’ plans, Artanis faces an even bigger challenge. 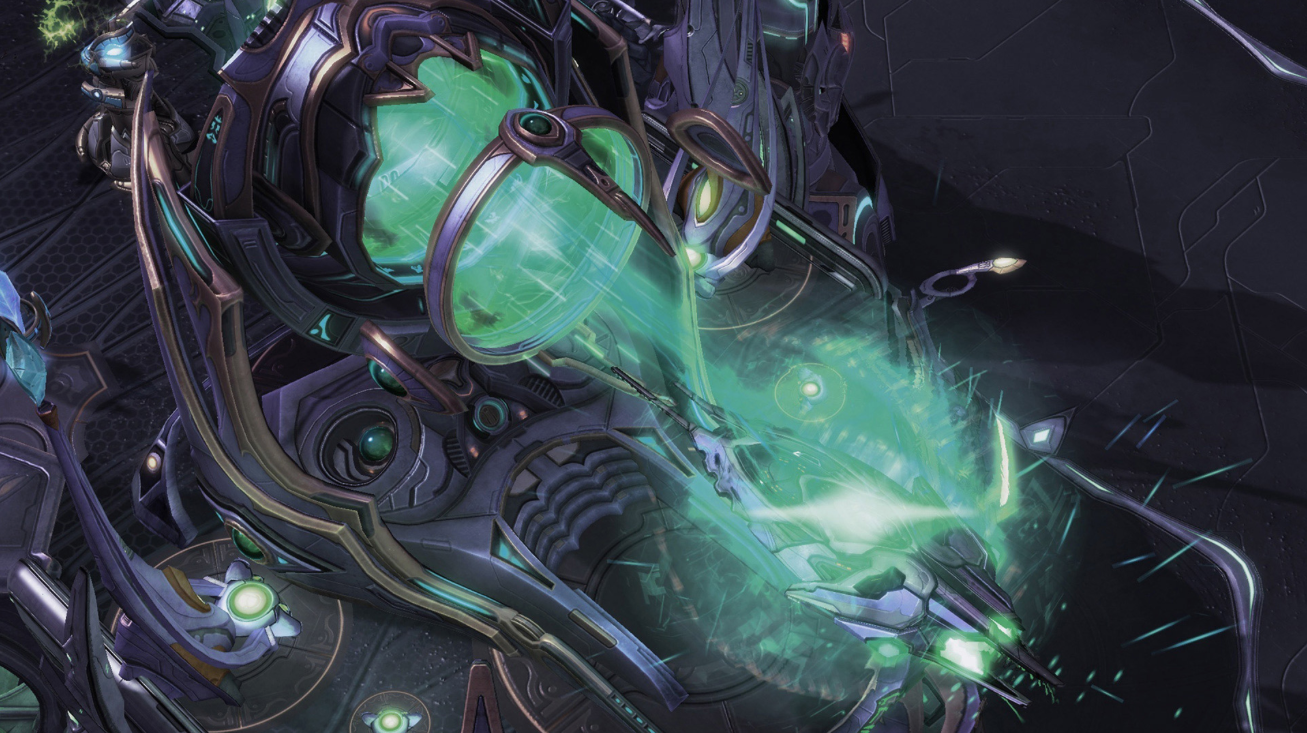 No doubt many players will happily ignore the story and lore and just get to the battle business at hand, but props to Blizzard for creating a deep and meaningful context for the game. As usual, the story is told through dozens of cut scenes and incredibly well made cinematics, with outstanding music, voice acting and art direction. It’s all a bit humorless, over the top and self-serious, but from start to finish Legacy of the Void delivers a consistent and compelling narrative.

On the other hand, the missions that form the core of the new game’s single player experience become just a bit structurally repetitive (basically,  attack missions or defensive ones), though of course there is the flexibility to complete their objectives in quite a number of ways.  In addition to the main story missions, there are numerous and optional “side quests” that yield rare upgrade and building materials like solarite. Some of the more interesting missions allow the player to control hero units with special powers. Legacy of the Void is at its best when giving the player lots of options and choices as to units, weapons, and upgrades. There are a few new units in the main campaign and in multiplayer, and a few units that only appear in the story. Mission fatigue aside, true fans will enjoy this final, Protoss-centric chapter. 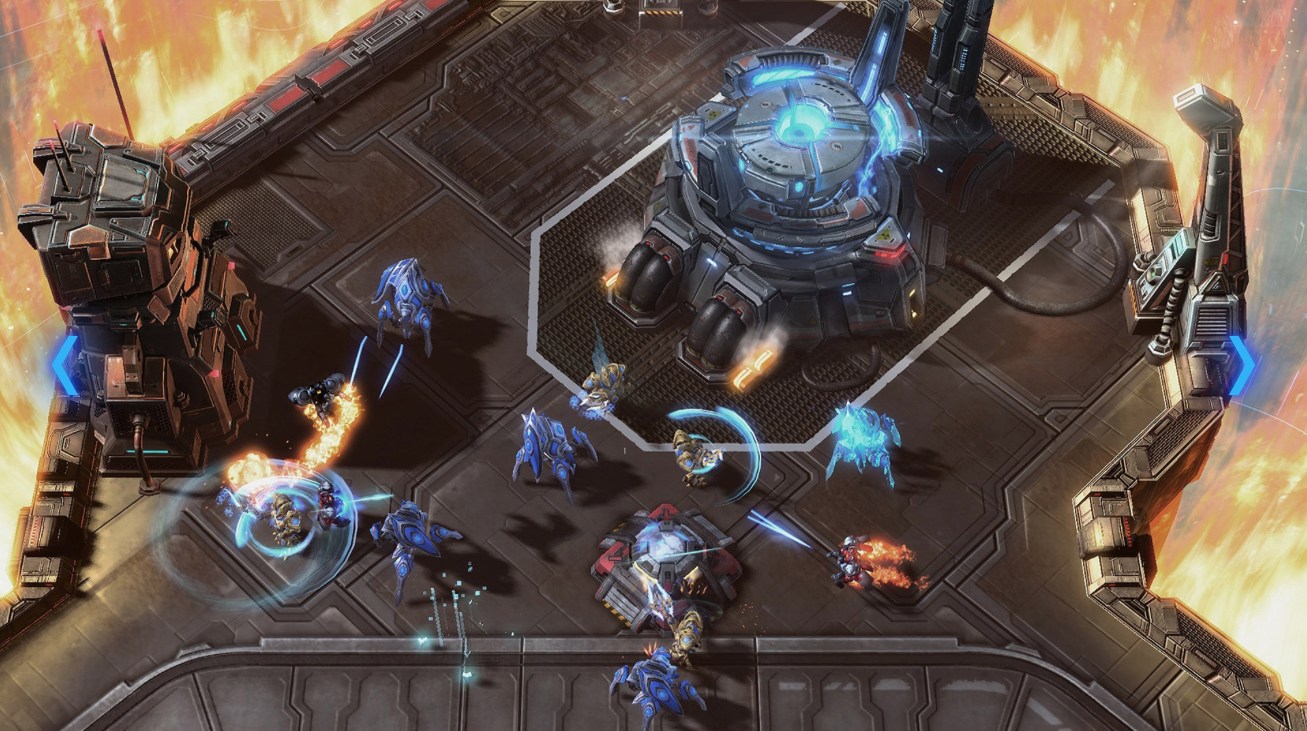 Attempting to be a competitive online StarCraft II player is not for the faint of heart or short on time,  but Blizzard is trying to at least lessen the pain with straightforward and level-appropriate matchmaking, daily tournaments and a number of new modes. There is a new co-op mode in which players can assume indirect control of one of six persistent hero units (basically, two each from the human, Zerg and Protoss races), each of which comes with stat bonuses, special upgrades and level ups. In the new Archon Mode, two players simultaneously control one base. While the addition of new units always creates a ripple in the established online eSport community, the basic mechanics of game play remain the same as usual and easy to jump into, if difficult to master.

It’s difficult to imagine any Blizzard product without the kind of polish and production values that most studios can’t even dream about, and this is true with Legacy of the Void. The engine is five years old, however, and showing subtle signs of age. Special kudos to composer Neal Acree for an outstanding, dramatic, and varied score. 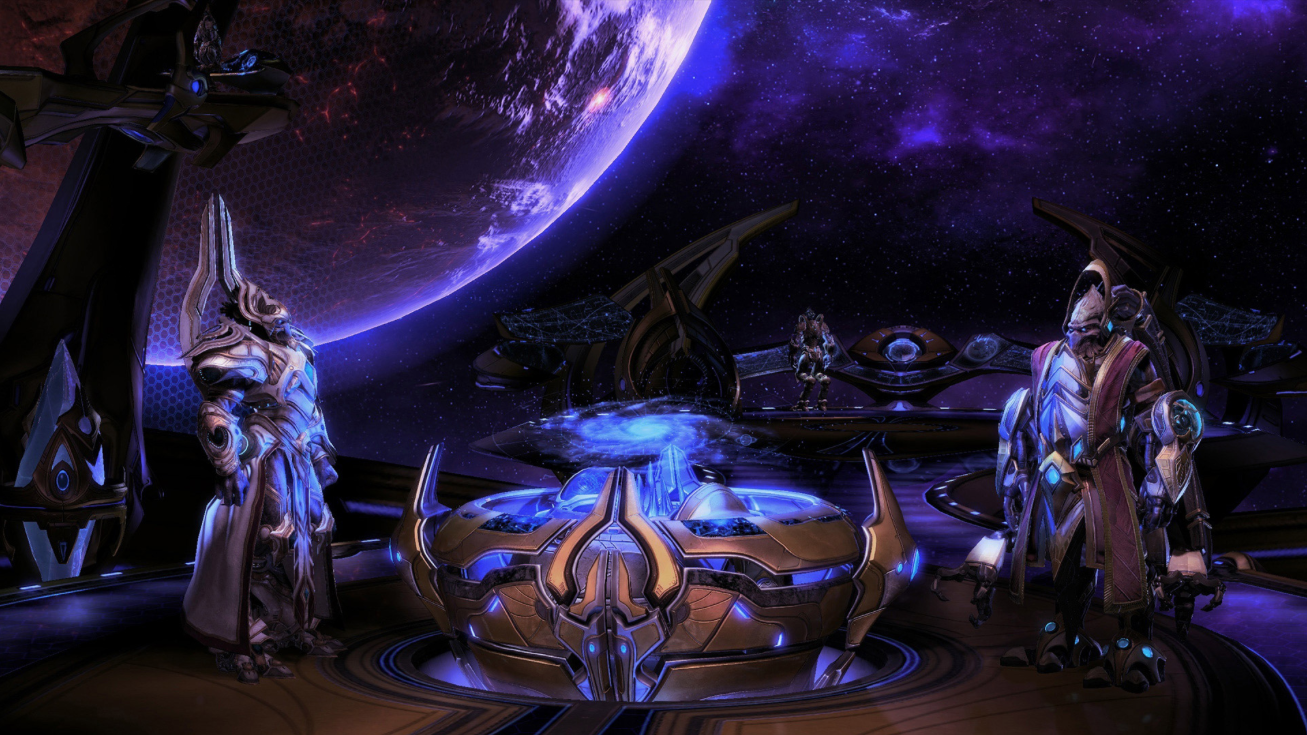 Legacy of the Void is an excellent conclusion to Blizzard’s trilogy. While one can get impatient with the familiar mission structure, it’s impossible to argue with the excellent faction balance and action. As a genre, real time strategy games have lost a bit of appeal and the StarCraft 2 trilogy doesn’t move them into new territory. Let’s leave that for the next generation. Right now, there’s Legacy of the Void. It’s all good.