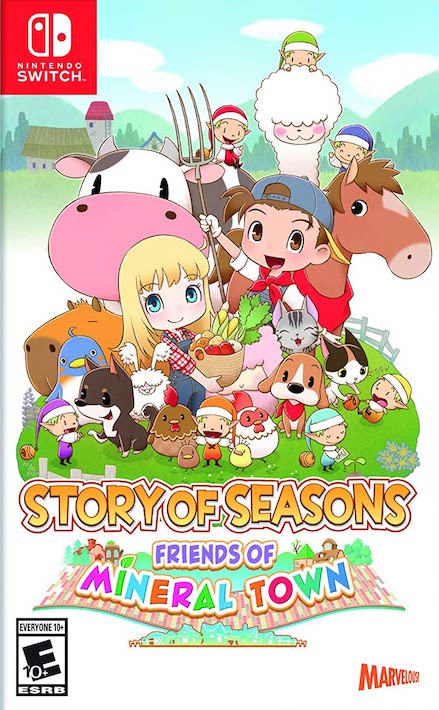 Story of Seasons: Friends of Mineral Town is a remake fans have been waiting years for. The original game, titled Harvest Moon: Friends of Mineral Town, arrived on Game Boy Advance in 2003. It helped to grow the Harvest Moon franchise with gamers everywhere and even spawned another, improved version in the form of Harvest Moon: More Friends of Mineral Town. Seventeen years later, a lot has changed in the world of Bokujō Monogatari. For one, true Bokujō Monogatari titles are now releasing under the name “Story of Seasons” via XSEED Games/Marvelous USA, Inc. instead of Natsume in the West. There have also been many gameplay improvements added over the years to make the game even easier to get into. So what happens when you remake an older farming game for the current generation?

Fortunately, the magic of the series remains intact. Story of Seasons: Friends of Mineral Town begins when the player arrives at their late grandfather’s dilapidated farm in cozy Mineral Town. The goal? Simply work to improve the farm and make friends with the townsfolk. Along the way there are all kinds of other fun things to do, such as take part in town events and go mining. Unlike the original game, players aren’t forced to play as a guy. They can choose the gender for their character straight away. In a fantastic move, gender is not what determines who you can date, either. No matter who you select to play as, you’re free to pursue any bachelor or bachelorette character. It’s a shame that this move only occurred now, but better late than never.

Farming in Story of Seasons is simple but with some strategy involved. For example, all you necessarily need to do is buy some seeds, water them and wait around for them to sprout after a few days. With that said, timing is important. Certain crops only grow in certain seasons. Nothing tends to grow in Winter — meaning you’d better be ready to make money in some other way during that time. Fortunately crops are not the only mechanism for earning money. Farm animals also help. Cows produce milk, chickens produce eggs and more. Animals, too, have their own specifications. If you’re not feeding or taking out the chickens then they’ll stop producing daily eggs. Micromanaging is to be expected. The good thing about this is that the gameplay is enjoyable rather than bothersome. Small tweaks have been included to reduce the chore aspects as well. Animals now don’t need to be pushed or carried out of their barns. Instead, simply ring a chime on the farm and they’ll go outside on their own. 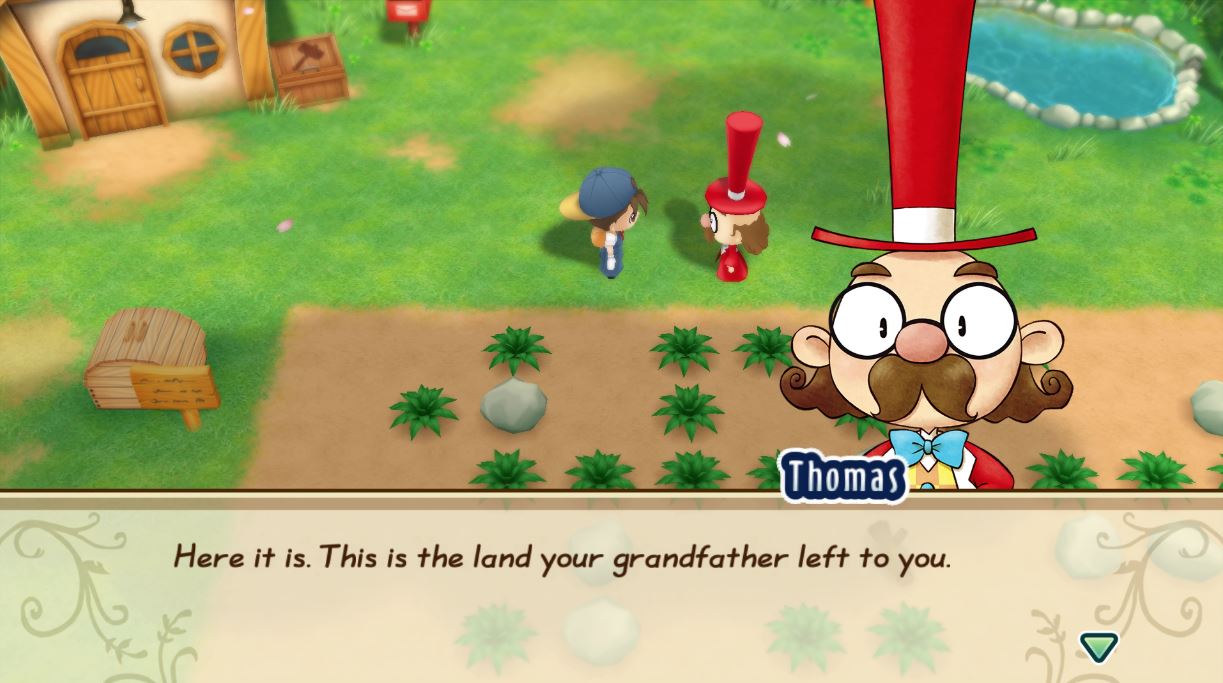 Speaking of farm animals, this game does not simply bring over the farm animals from the original. There are also multiple fan favorite animals making their appearance. This includes alpaca, angora rabbits and cows that produce different kinds of milk. For example, the pink strawberry cow creates a special strawberry milk. Alpaca and angora rabbits can be sheared for their pricey fur. Similarly, there are also additional pets for your protagonist. No longer are you restricted to a dog. Now there are multiple dog and cat breeds as well as a capybara and penguin option. The penguin option is rather weird  but fortunately it’s an utterly adorable penguin which seems totally fine in this game’s climate.

Story of Seasons: Friends of Mineral Town includes enhancements that were not in the original game but that fans of Story of Seasons have come to expect. These include the ability to stack items in the backpack. It might sound obvious, but this really wasn’t in the original game back on GBA. Crops themselves now feature a star ranking. This is a way to ensure players do their best with the crops rather than just barely watering them. Players who have a horse can also now ride that horse outside of their farm. It makes for a handy, faster way to get around town. Sure, they could have left the game exactly as it used to be, but it would be difficult to return to. Simple changes like these help modernize the experience so it’s still enjoyable. This way, even newcomers should be able to have a blast with the game. 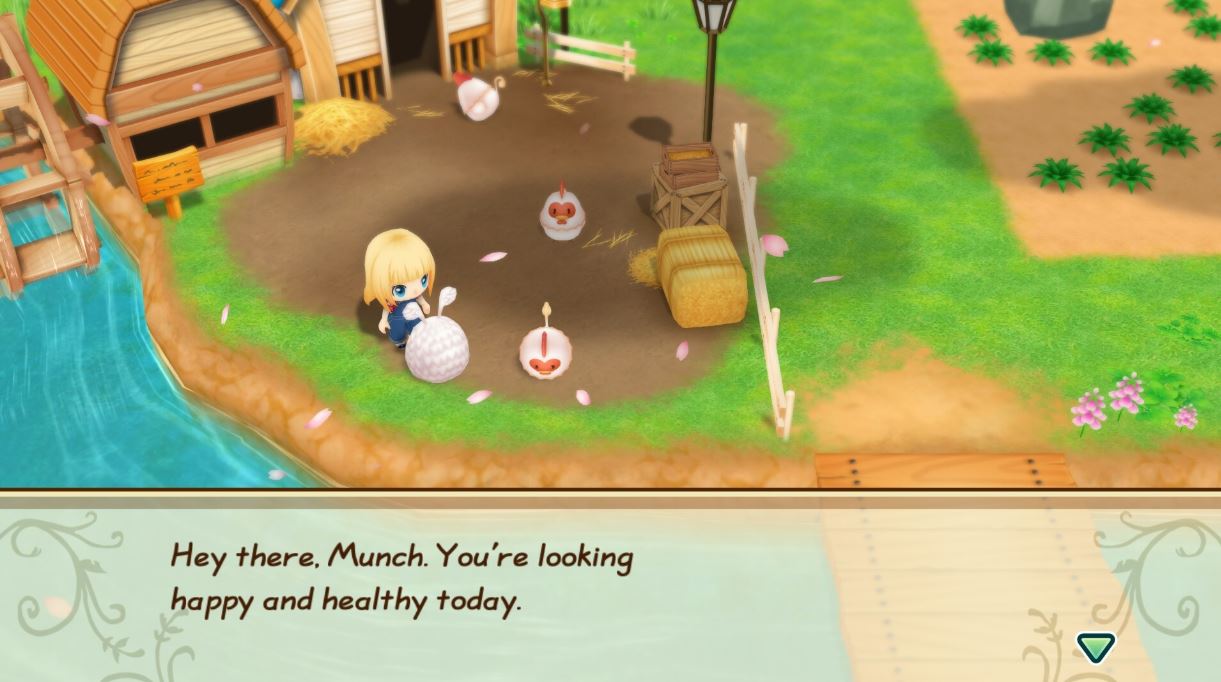 There are still other updates and tweaks to the classic formula. Mining has also become less of a chore thanks to the addition of elevators and pitfalls to traverse the floors faster. More crops have been added as well — though not as many as might be hoped. Bachelors and bachelorettes now have more heart events than they used to. There are even two new characters you’ll be able to romance (and maybe marry down the road). Things like this keep the game fresh for longtime fans. While they may have played the original Harvest Moon: Friends of Mineral Town for hundreds of hours, they’ll still find new experiences in Story of Seasons: Friends of Mineral Town.

The visuals are of course the most obvious update. The original pixel art is no more and instead players are treated to 3D artwork. It’s all adorable and still maintains the feel of Story of Seasons. The only downside is that it looks a bit bland compared to the recent Doraemon Story of Seasons game. It would have been fun to see an adorable anime visual treatment again, even without a tie-in show. On the plus side, just like that game, Story of Seasons: Friends of Mineral Town is available on PC as well as Switch. The PC release supports keyboard and gamepad controls and works well with both. With that said, fans of the console games will probably want to stick with a controller on PC. There are a few oddities with the PC release, such as a standalone configuration menu that cannot be accessed in game, but nothing that harms the experience. 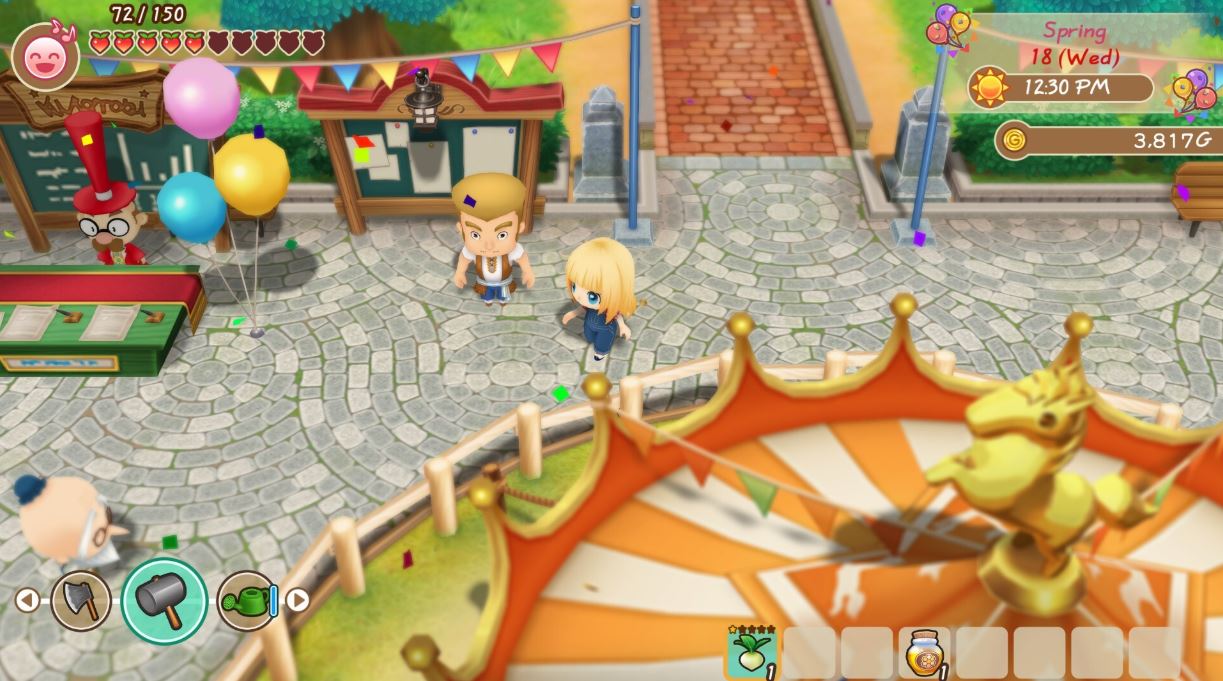 Story of Seasons: Friends of Mineral Town is a charming farming game that lives up to its original release. This remake succeeds because it improves upon the 2003 title. Farming and befriending townsfolk is as fun as it has ever been, and is as enjoyable for longtime fans as well as it is newcomers. There are many smart updates made to the title. Some are small, such as adding some new farm animals, while others are huge, such as finally allowing players to date any bachelor or bachelorette that strikes their fancy. All in all, Story of Seasons: Friends of Mineral Town succeeds as a lovely experience that’s sure to become a new favorite.