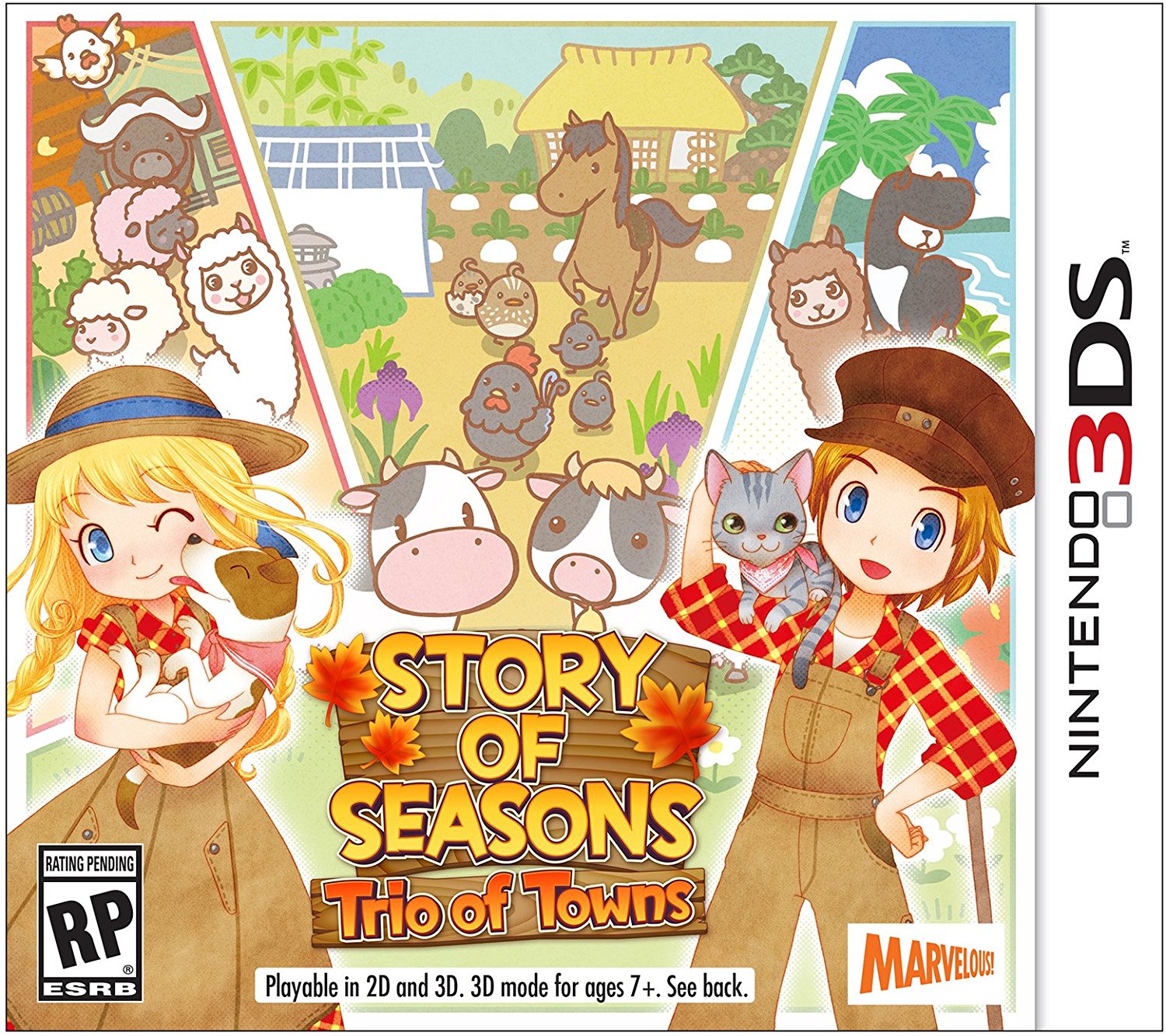 Story of Seasons: Trio of Towns

Harvest Moon is one of those franchises that simply stands the test of time. No matter how many years pass, the allure of jumping into the world of a digital farmer persists. Things have changed in the land of Harvest Moon, though. For one, the actual Bokujo Monogatari series is now going by the name of Story of Seasons in the West. Each game also continues to add enough to the experience to keep things fresh for existing fans — as well as gain the attention of more newcomers. Story of Seasons: Trio of Towns is the latest release in the world of Bokujo Monogatari and brings with it an absolute wealth of content for all Nintendo 3DS owners to enjoy.

The story begins with a protagonist probably not that far off from the game’s most ardent fans. Our hero or heroine is a youngster with a desperate desire to become a farmer after a childhood of loving the concept of farm life. Although their father dismisses the wish outright, there’s little he can do to stop their now young adult from making their way in the world as they see fit. Thus begins a brand new adventure for players as they set foot in the rural city of Westown. There they are provided their first farmland filled with nothing more than some rinky-dink buildings and dirt plots. Over time, players will evolve their farm into something which yields both plentiful bounties and tremendous pride.

Story of Seasons: Trio of Towns’ hook holds true with the rest of the Bokujo Monogatari series. The simple urge to build up your farm into something great is only part of the equation. The other part is interacting with a lively world surrounding your little farm. In the case of this game specifically, you’re presented with three visually distinct towns. Although only one town is open to begin with, it’s not long before the gates to other nearby locales spring open. Why are locations gated off at the start? It seems this was done as a way of keeping players temporarily corralled – with good reason. Full access to the landscape leaves players with a huge playground to explore. If all three towns were open from the start, then it would be tremendously easy to get confused. Remember character names, locations of key businesses, and how to get from one place to another would be tougher. As is, the pace of unlocking works well to introduce key characters and gameplay concepts one at a time. 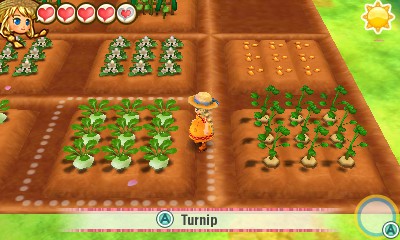 Of course, one huge reason fans can’t get enough of this series is due to the wonderfully engaging cast of characters. After all, if they were all droll jerks, there would never be any interest in eventually wedding one of them. The townsfolk are primarily a bunch of lovely people which prove enjoyable to interact with. A huge driving factor early in the game (when you’re working to scrounge up cash with only a few crops or animals) is to pop into town and see if anything interesting is unfolding. The lively towns ensure that you’ll always have something to do even after taking care of your daily chores. Sometimes the townsfolk will put you to work as well, if you’re looking for extra ways to make ends meet.

Players can jump into all manner of extra chores. Some involve simply ferrying packages between folks, while others ask you to perform routine tasks like chop wood or pull weeds. Chores such as these warp you immediately to their location and launch a cute minigame. Unfortunately, after it completes, you’re stuck in the area of the mission. As such, it’s best to plan a day accordingly. If there are chores in another town, then plan your work around that town to reduce running back and forth so much. Also be sure you’ve got enough room in your backpack. The limited inventory isn’t an issue right away, and can be increased by buying upgrades from vendors. 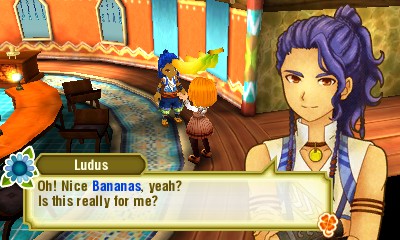 Bokujo Monogatari’s charm is alive and well in this latest release. Graphically, there isn’t a tremendous amount of difference between this and the last Story of Seasons, but that’s hardly a bad thing. The bright graphics pop on the 3DS screen and convey just how lovely each town is. Folks and tons of animals/insects regularly go about their lives as you pass on by. Character artwork makes young and old characters alike look absolutely adorable. Even weird design aspects like cows with blonde hair come across and cute. The music fits right in with this pleasant aesthetic. The seasons, crops, and relationships with characters change, but it’s always an enjoyable romp.

There’s always something to do in Story of Seasons: Trio of Towns. This continues to be the case throughout its many, many hours of gameplay. Whether you’re focusing on growing the best crops for a fair or trying to buy the perfect gifts for your sweetheart, you’ll always have that urge to play “one more day” only to find your 3DS battery draining for the umpteenth time. The only real downside is that some of the repetition of taking care of a farm can drain after doing it for months on end. Yes, there are ways to make this easier. For example, placing animal feed by hand eventually becomes a thing of the past. But other features, some of which have been implemented in games like Stardew Valley, have yet to come to Bokujo Monogatari proper. 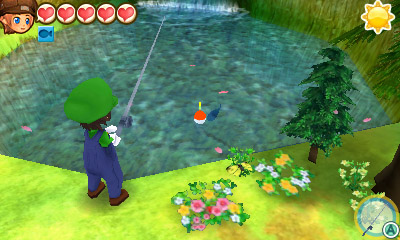 Fans of this series have absolutely no reason to ignore Story of Seasons: Trio of Towns. It continues to improve upon the Bokujo Monogatari formula in smart ways as well as retain the core concepts which fans love. Those who really need to take a look at this game are those who have for whatever reason never played one in the past. Or perhaps they’ve played one of the last few Harvest Moon games from Natsume. If you found any enjoyment with those titles then you’ll absolutely want to jump on the Story of Seasons bandwagon. With an outrageous amount of content, tons of characters and freedom to manage your farm as you see fit, few will be able to resist the allure of Story of Seasons: Trio of Towns.