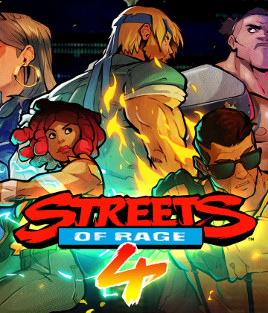 Bringing a franchise out of retirement over a quarter century after its most recent game seems like a bold move, but that’s exactly what Dotemu is doing with Streets of Rage. In the ’80s and ’90s beat ’em up brawlers were popular in arcades and consoles, with Streets of Rage being the a strong argument for fans of this genre to own a Sega Genesis. After 1994, however, these streets seemed to calm down and not a peep was heard from Axel or Blaze or any of the other characters until a couple years ago when Streets of Rage 4 was announced.

Streets of Rage 4 takes place ten years after the events of Street of Rage 3. There are initially four playable characters, though a fifth character is unlocked partway through the story progression. The roster includes Streets of Rage veterans Axel Stone, Blaze Fielding and Adam Hunter while introducing a couple new characters. Cherry is Adam’s daughter who moves quickly and uses her guitar as an ax and Floyd Iraia, a musclebound human who has some cybernetic enhancements. Like previous entries in the series, the choice of characters offer different play styles that balance power and speed. In addition to these five main characters, there are some unlockable retro characters for old school fans.

Mr. X is apparently out of the super villain game, but his legacy lives on through his bratty children who go by the evil doer monikers of (wait for it) Mr. Y and Ms. Y. The naming convention doesn’t seem to understand how surnames are supposed to work, but having a generic name for the main villain never hurt this series before. These two have some diabolical plot and legions of brawlers that are ready to serve as bare knuckle cannon fodder across twelve stages of old school beat ’em up action. 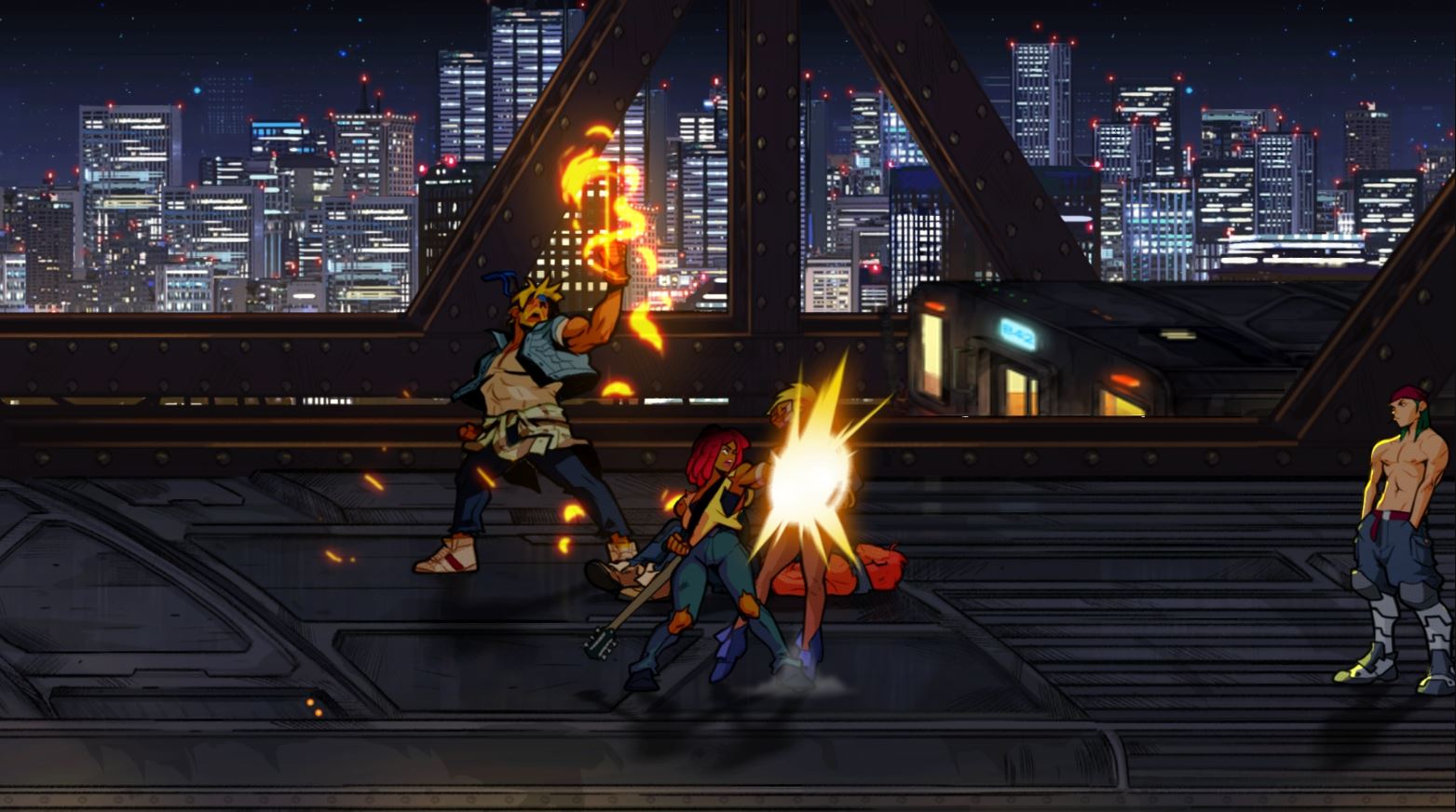 The good news for fans of the series is that the gameplay is exactly what one would expect from a Streets of Rage title. There are some minor modern tweaks to the formula such as being able to collect stars that can be spent on ridiculously powerful super moves in addition to the normal special moves that require a small life bar sacrifice, but aside from some modern streamlining this plays like a title from the golden age of beat ’em ups. Players will fight their way through levels, punching and kicking through endless waves of thugs. When things get rough there are always trash cans to break open that contain roasted chicken and weapons, such as knives, baseball bats and mops so Axel can feel as tough as Stanley Spodowski. Streets of Rage 4 recreates the classic beat ’em up gameplay style of the earlier games perfectly.

Beat ’em ups can be fun while played solo but the they are most fun when played with a friend. Streets of Rage 4 has online and local multiplayer, supporting two people playing online but can handle up to four locally. There are three game modes available. There’s a story mode with cutscenes that tell the story between levels that is rather forgiving when it comes to player death. Arcade mode is unlocked after completing story mode, which is the same mode with the added challenge of only have one credit to complete the game. Lastly there is battle mode, where two players can face off against each other to see who is the baddest bare knuckle brawler. 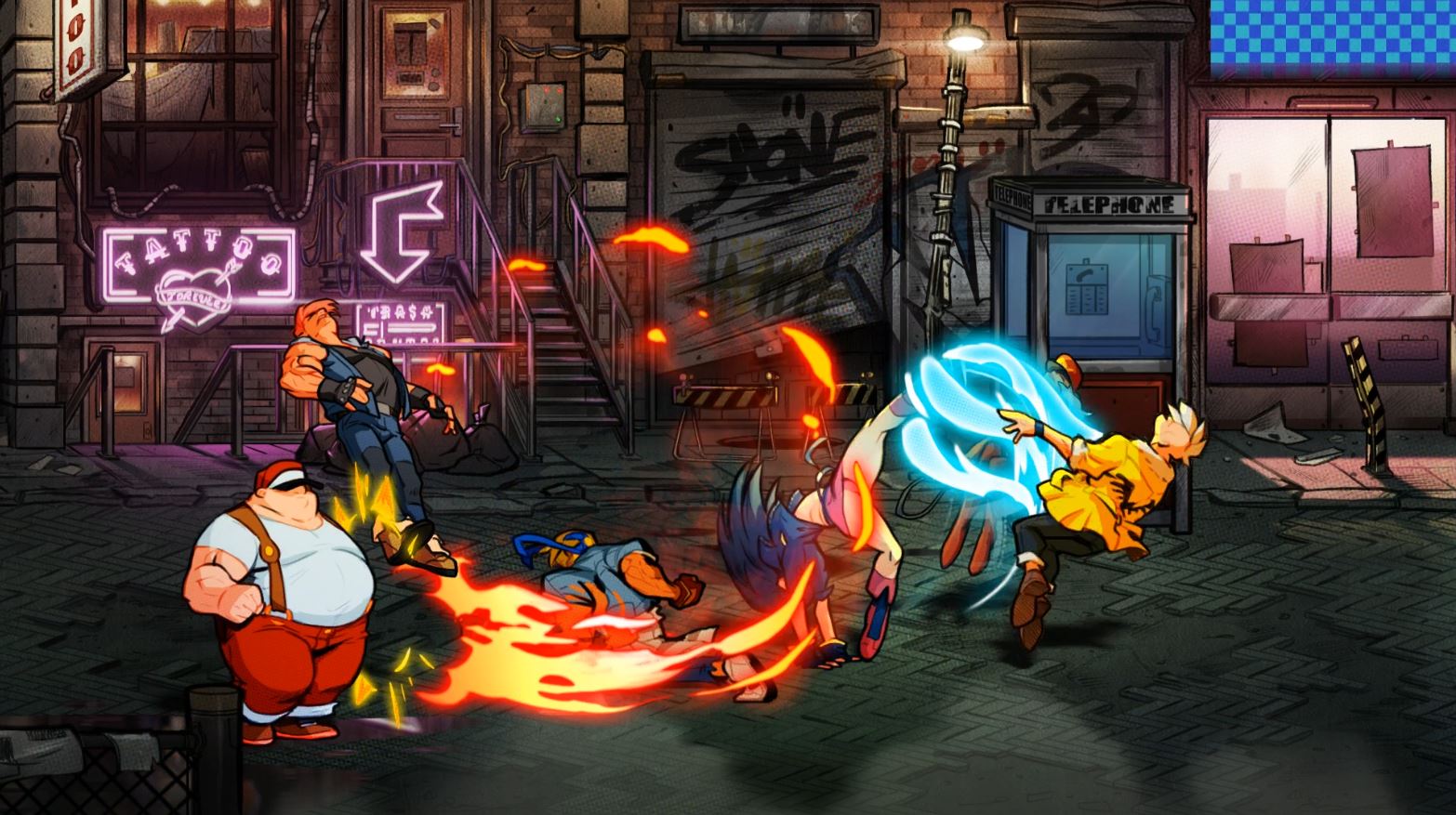 Streets of Rage 4 is being released so long after the last original game the developers knew that it would be important to draw connections to the original titles. In addition to some new composers, the original Streets of Rage composers Yuzo Koshiro and Motohiro Kawashima contributed to the soundtrack to help give this sequel and authentic Streets of Rage feel. Without giving away spoilers, there are several Easter egg nods to the 16-bit days of series waiting for players to unconver.

Streets of Rage 4 is a breath of a fresh air for fans of this retro gameplay style. The visuals and soundtrack are sufficiently updated to fit in with modern games, but the gameplay is firmly planted in its ’90s roots. The twelve levels will have players face off against street thugs, elite martial arts and some rather ridiculous robotics-based opponents, even by Streets of Rage standards. There are a few instances in the game that feel like nods to other games of this era such as Final Fight but there has always felt like there has been some shared DNA with this genre from this era. 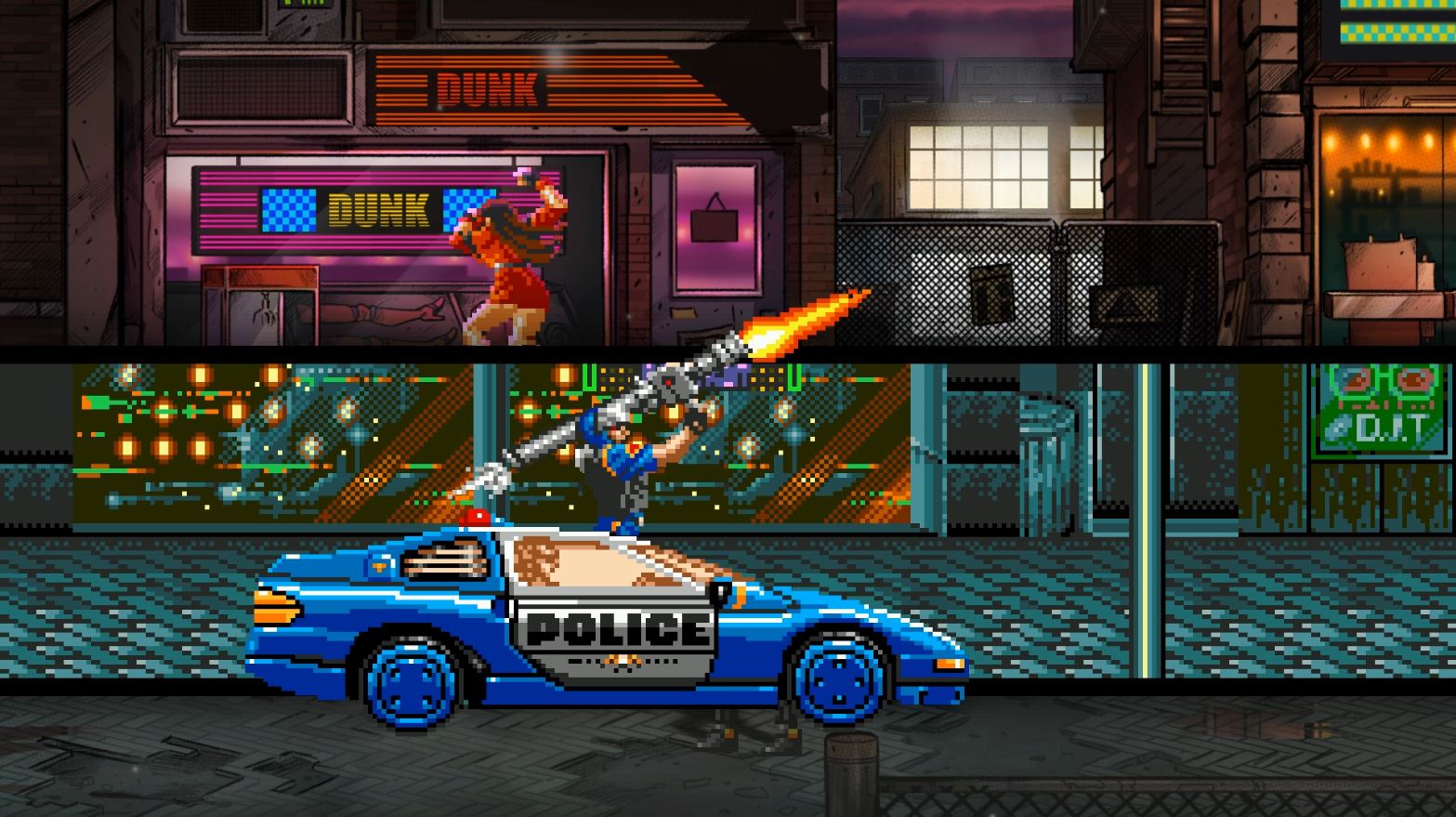 Streets of Rage 4 doesn’t do much to advance the formula of classic beat ’em ups and that’s what makes it great. The game can be completed in roughly three hours, which is just enough for this type of game. Unlocking all the Easter eggs is a nice way to add to the nostalgia fix. Playing through with each character offers a slightly different game experience, but the real joy comes from playing these types of games with friends. Streets of Rage 4 is a must play for fans of retro beat ’em ups.