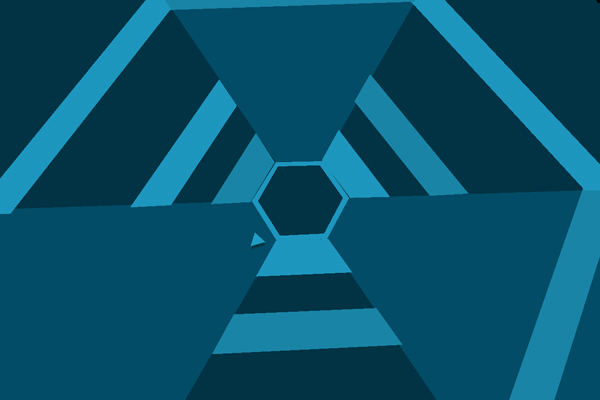 Super Hexagon is a game about failing to not die. You are a triangle running around the edges of a hexagon in the middle of the screen, and the walls are closing in fast. There’s always a way through, if you’re fast enough to see it, but there’s very little time to react. Spin around the hexagon’s edge too slow and you’ll be crushed by a wall, with the Game Over screen telling you how short your life was. One button press later and it’s back to the gauntlet, circling around madly in an attempt to get just a tiny bit further than last time. 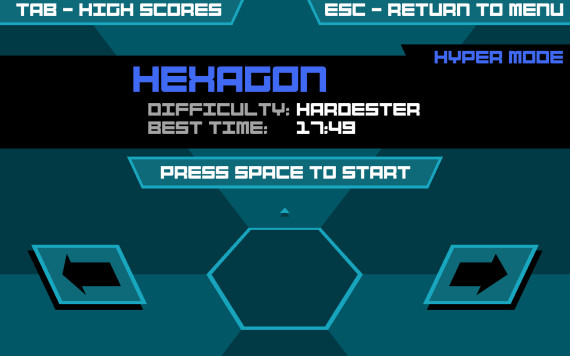 It can’t be overstated how important the seconds are in Super Hexagon. On my PC, the time between clicking on the icon and playing a game is 5 seconds. The time between death and playing another round is under 1 second. The length of a game can be as little as 2 seconds, if I’m particularly clumsy, or a hair over a minute on a truly epic run. Every second is spent reacting, looking at the incoming walls, and getting into position for the next set of obstacles. Your abilities are to rotate left, rotate right, or stand still, and everything in the game is designed around which of those three actions you’ll need to do next, all in tiny fractions of a second.

Did I mention that the entire screen is spinning while the colors shift, and techno 8-bit chip tunes are blasting all the while? No? Well that’s happening too, but it’s amazing how quickly you can learn to filter that excess stimulus away. The only real problem I’ve run across is unconsciously timing my button presses to the beat, which is a great way to get a wall in the face, or a triangle’s face-equivalent. That will happen a lot even if you can avoid this particular mental trap, though. 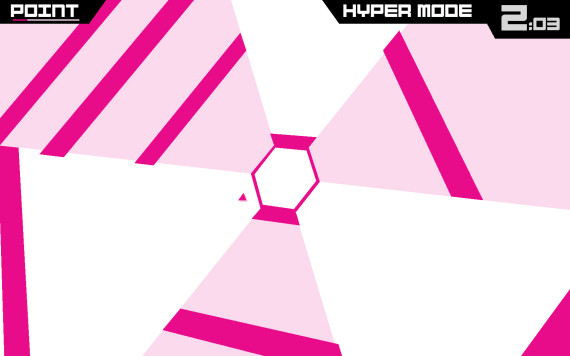 Hard as Super Hexagon is, death is rarely an aggravation due to how quickly you can get back in the thick of things. Additionally, even if the best you can do on difficulty level Hardest is 5 seconds or so, a few minutes of play will make the Hard (the easiest level) seem like a relaxed stroll down the wide-open road. Clearing Hard and opening up its Hyper difficulty is, despite initial impressions, nowhere near as impossible as it looks. Harder only looks completely insane until you’ve put some time into Hardest, although after that things rapidly go to levels only the gaming gods can handle. I’ve cleared 5.18 seconds in the top difficulty level, Hardestestest, and it felt like a marathon of dodging and lightning-quick button presses. 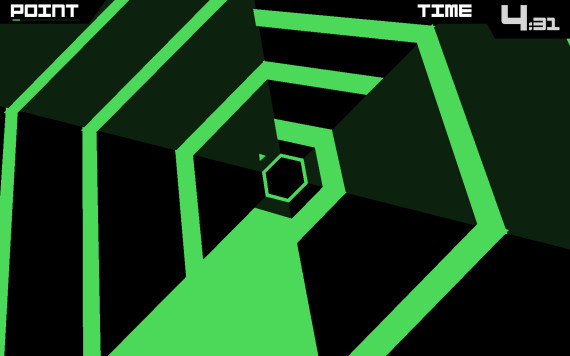 Super Hexagon is an incredible game. Its simplicity makes it accessible, and its challenge level is rewarding when you learn to overcome it. It will kill you fast and often, but the lightning-quick restart time will all but force another round. Maybe this time it’s possible to add a few seconds to the high score. Maybe this time it’s possible to clear 60 seconds and earn a new difficulty level. Or maybe you’ll crash into a wall after 3 seconds. Whatever happens, it involves getting lost in a spinning, color-shifting world driven by a heavy chip-tune beat. One more game leads to one more game, and then another after that. It’s practically the definition of arcade perfection.