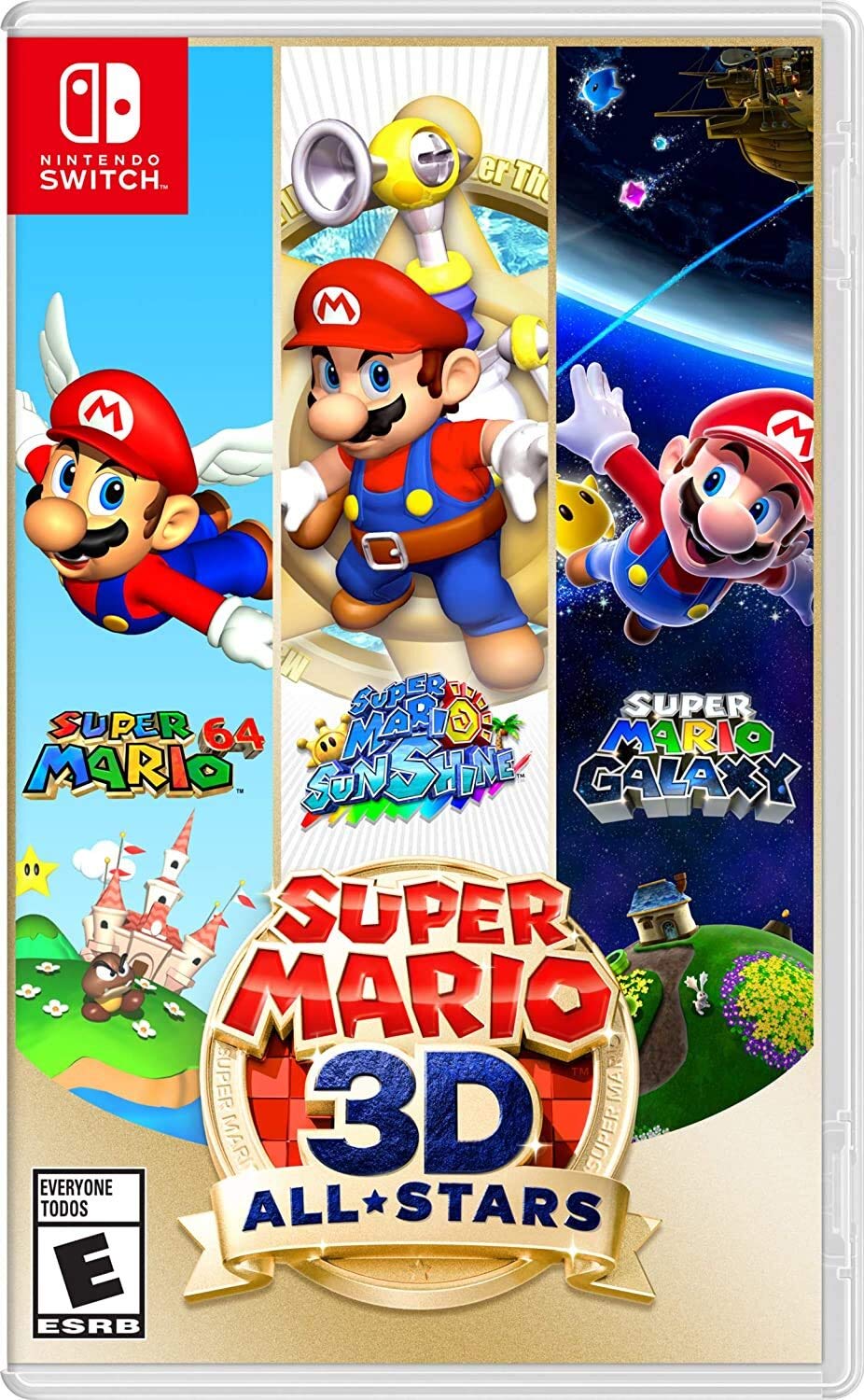 Platformers have been a large part of video games since some of the earliest titles, but none have the power or recognition of the titular Super Mario. Mario perfected his craft on the NES and would go on to continue this trend in the 3D space as well with the launch of the N64 and future Nintendo systems. With Mario’s 35 anniversary this year came the announcement of the Super Mario 3D All-Stars collection, a remastering of Mario’s first three titles into the 3D platforming space that would become beloved icons of the franchise. With 64, Sunshine and Galaxy now available to play on Switch just how well do they hold up in this collection after all this time?

For those who may have somehow missed one or any of these three titles, no worries, as the basic story is the same across the board. The king of koopas himself, Bowser, manages to whisk Princess Peach off in both Mario 64 and Galaxy making it Mario’s job to put an end to his tyranny. Sunshine is similar, but instead of getting kidnapped by Bowser a mysterious shadow apparition of Mario keeps trying to take her away while covering Delfino Island in living paint that Mario must wash away with his water-squirting companion F.L.U.D.D. All three titles have Mario traveling to different levels or planets where he must complete certain objectives to obtain stars or shines using a variety of moves at his disposal.

The largest change to all three titles is the visuals. Gone are the days of standard definition and now they’re available in a beautifully crisp HD. Even 64, with all its beautiful large polygons, holds up fantastically well when giving a shiny new coat of paint to make everything look pretty. The only flaw in this change comes from Super Mario Galaxy, where some elements of the visuals look oddly blurry such as the queen bee’s body looking odd. In the grand scheme of things it’s minor, but those familiar with the original visuals might find it a bit jarring to look at first thing. Sunshine has seen a significant change in now being widescreen which is a huge change to the feel while playing. 64 doesn’t have the same widescreen, but also doesn’t feel terribly small while playing it. It’s also worth noting that 64 and Sunshine still only run at 30fps, although 64 is much smoother than it was on the original hardware. Galaxy is of course still a wonderfully smooth 60fps and all three benefit greatly from their improved texture visuals across the board. 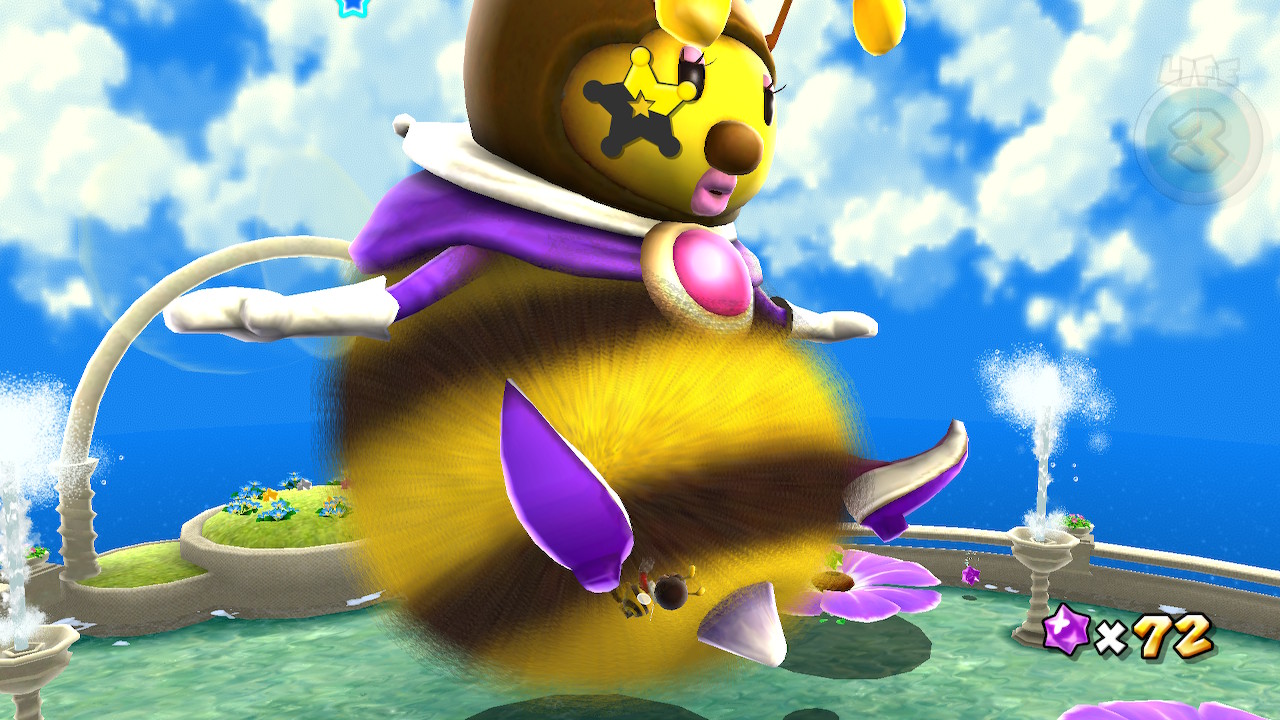 One of the biggest notable changes are of course the controls. Sunshine was the closest to using a similar controller that’s most often seen today, but there have been adjustments for the multiple titles and their unique setups. 64 is perhaps closest to its original iteration, as it really only lost the C buttons and now just controls the camera with the R stick. The camera controls are still just as clunky as they were originally, but work well enough for the stages as they’re still built around this. Sunshine originally used analog triggers for F.L.U.D.D to determine if Mario was stationary or moving while spraying water and this has been changed to the R and ZR buttons that each function as one or the other which ends up working surprisingly well. The biggest changes made to any of the controls comes down to Galaxy, which is not surprising given its Wii origin.

Galaxy is by and far the largest change but has the most options for play. The closest to the original Wii would be playing with separated Joy-Cons, which act similar to the Wii and nunchuck combination which includes shaking to spin attack and using gyro to aim at things. For those with a Pro controller or playing with the Joy-Con in their grip, the motion necessary is locked to simple gyro by moving the controllers and Mario’s main spin move is relegated to the Y button, which is surprisingly intuitive. Finally there’s handheld mode where gyro is a bit of a mixed bag. Players can touch the screen to do many actions such as collect star bits and fly Mario to blue stars, but the system still needs to be rotated for a handful of mini-games which can make it awkward to play. It’s a shame that Galaxy wasn’t able to have an option that completely removes the need for gyro controls, but it manages to handle it well enough that the multiple options make it more accessible than before. 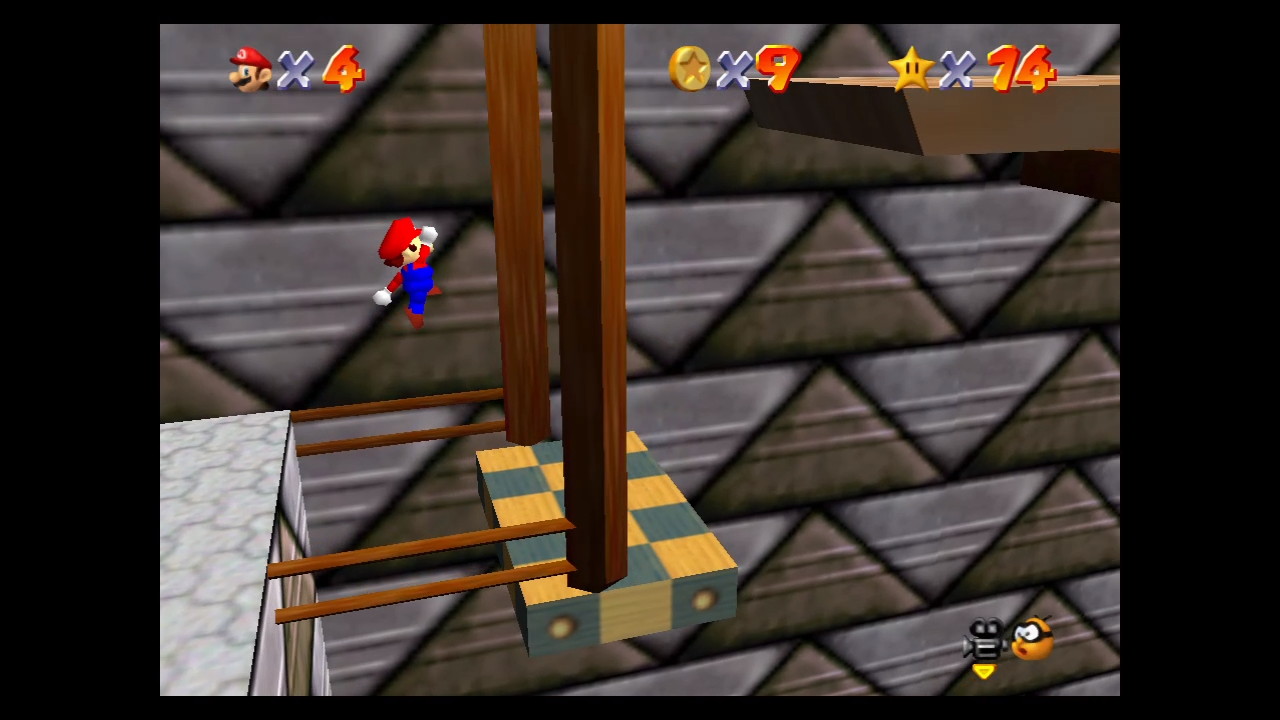 Something exclusive to this collection is the addition of a music mode for all three titles. This lets players listen to the entire soundtrack of each individual title and will even carry over to the main menu before selecting which to play. A random song is selected upon starting up and will carry on to the next when finished. It’s not a necessity, but it is a wonderful way to sit back and enjoy some fantastic Mario songs in the background. It’s also worth noting that the version of Super Mario 64 that’s on this collection isn’t the original release, but in fact an updated version that was released in 1997 that fixed some bugs and glitches. A small thing most people might not notice, but it’s an interesting minor change that some people familiar with the original might notice.

If there’s one major change that would have made a huge impact it would have been nice to see the lives system be removed. Although not much of an issue in Galaxy where lives are abundant, going back into 64 and Sunshine where lives constantly feel like a threat on many of the harder levels can make playing them somewhat stressful. While most of the titles contain all of the original gameplay, including occasional janky hit boxes and detection in Sunshine, there’s an odd occasional movement glitch that occurs in Galaxy where Mario will abruptly spin in a quick circle. This isn’t something that the original title suffered from and is just a minor bug, but it did happen a good a few times while playing for review. 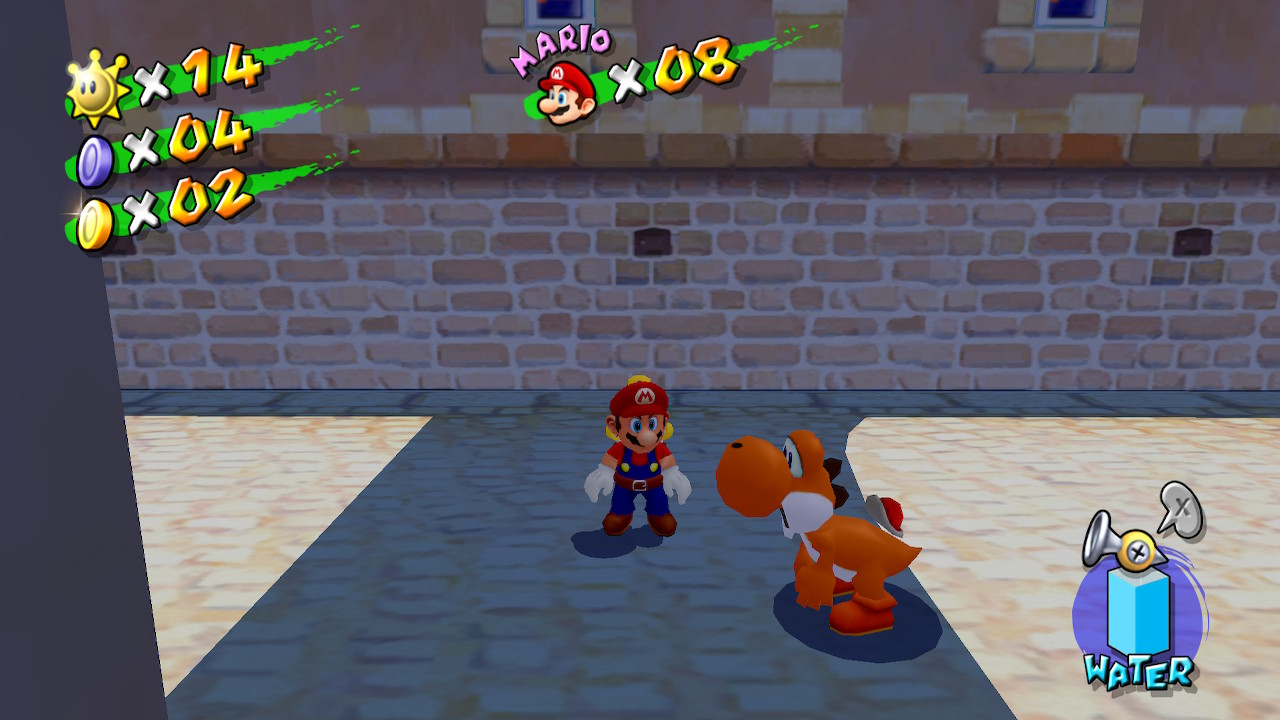 It goes without saying that these classic Mario titles hold up extremely well. Each one is still fantastic and even Mario 64 manages to remain fun without feeling outdated aside from its slightly wonky camera. Neither Sunshine or Galaxy have seen official re-releases since their debut in most countries and Super Mario 64 only had a mediocre virtual console port that was generally hated due to severe input lag. It’s fantastic to have all three of these now available on Switch and they absolutely hold up. It’s a huge disappointment that at the time of this review Nintendo has said that this collection will only be available until the end of March 2021 but hopefully they see some other form of release so it can be enjoyed for the entirety of the Switch’s lifetime. Anyone looking to play through the games again or try them out for the first time shouldn’t miss out on Super Mario 3D All-Stars.