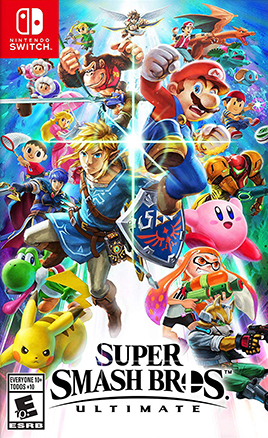 Since its debut on the N64, players have been able to take some of their favorite Nintendo characters to the test and fight against others to see who is the strongest. As the years went on and Super Smash Bros. expanded, it created a series where people weren’t just pitting their Nintendo faves against one another, but now including all manner of gaming icons. The latest entry brings even more to the table than other, with not only a return from every previous Smash title, but more new along the way. Super Smash Bros. Ultimate has stepped up to the plate to bring players back to the frenzy of chaotic fighting with some of their absolute favorites from gaming as a whole, so how well does it bring it all to the table?

Although Smash titles don’t usually have any sort of inherent story outside of characters being supposed toys come to life, Ultimate brings in World of Light with a bit of lore for characters this time around. This opens up with all the fighters facing off against a giant entity known as Galeem who unleashes an attack upon them. Fighters are wiped out left and right, with the last remaining star Kirby flying out just in the nick of time. When he cashes and wakes, he finds a strange new land before him with enemies at every turn. With not a single friend on his side yet, Kirby must set forward to free his fellow fighters and friends alike or be destroyed by the evil Galeem has wrought.

World of Light, also known as Adventure mode, is the most prominent single player mode in Ultimate. This begins with Kirby making his way to rescue allies by challenging possessed versions of them in unique fighting scenarios. Each one plays out like a normal fight, but with the twist displayed before it begins where spirits come into play. Each fighter is imbued with a spirit which usually dictates how their fight will change. The best way to counter this is again with the spirits. Players can equip a handful of different spirits with the main triangle being blue beats red, red beats green and green beats blue. Players must travel the large World of Light board fighting enemies as new paths open along the way. Some ways to progress include gaining access to buttons, or even taking portals to areas that need to be explored or large bosses fought. Although players start with just Kirby, they’ll run into normal battles against fighters they must rescue who then join the party to let Kirby take a break and swap out for a bit. As the meat of the single player, World of Light is enjoyable for anyone looking for a different challenge. It also includes three difficulties so players can easily choose if they want to take it a bit easier or go all in hardcore. 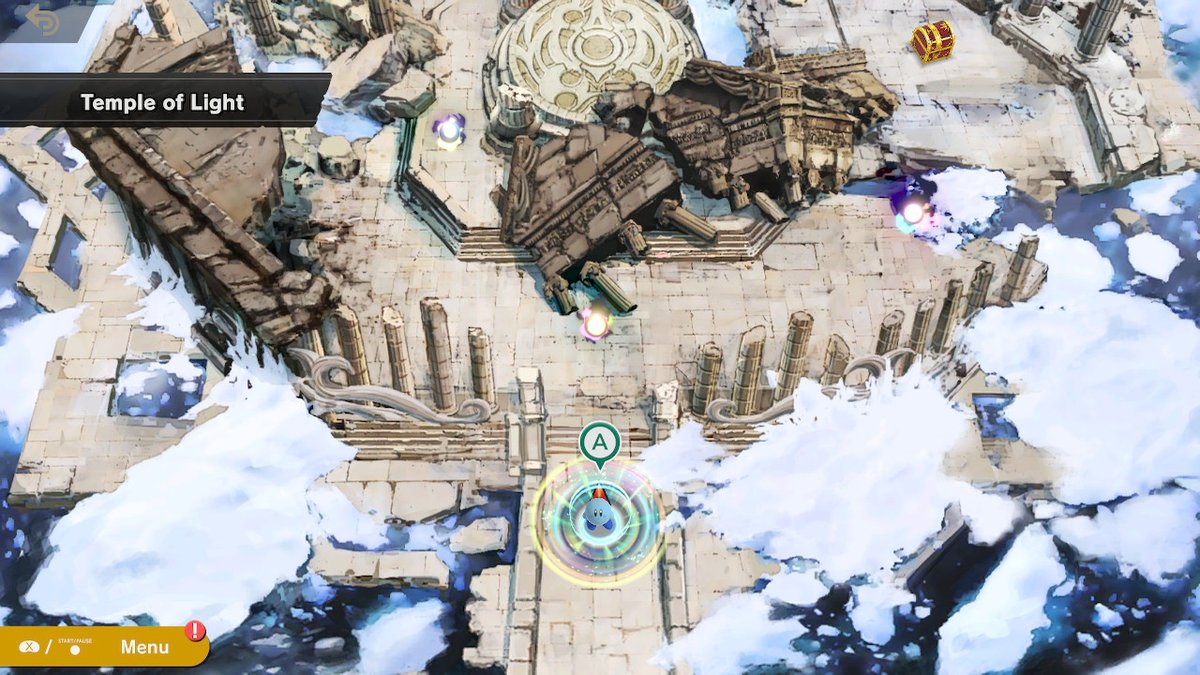 Outside of the Adventure mode there’s another way players can gain and have fun using the spirit board. This mode puts up bounties for certain spirits and plays out much like the board in World of Light, except this time each match has a time limit. If it results in a loss, that bounty disappears for the time being and it will be some time before it can be challenge again. Those who manage to win get the chance to try and keep that spirit for their own with one shot of a special gun to claim them. Every miss will open up the area to hit more and it can be retried for a cost or simply skipped and challenge again later. It makes for a fun way to have quick fights without having to traverse the World of Light map and is constantly refreshing to keep things new and interesting.

Outside of spirits mode is more of the traditional fighting challenges Smash is known for. There’s of course training to practice all manner of fighting. There’s mob smash, which pits a fighter against either the entire roster or a near endless wave of mii fighters. Finally, there’s classic mode which puts each fighter through their own gauntlet of challenges with one final boss at the end to defeat. Each of these is clever and designed to fit every character, whether funny or just well-thought out. Players can select their difficulty from 0 to 5.0 by default and it will raise or lower with each successful win or loss. A defeat results in having to pay to continue, but doesn’t affect more than the difficulty and continues where it left off. Getting to the highest 9.9 is difficult but a worthy challenge for those who want to take it on. The only thing that’s consistently the same throughout classic mode is the bonus stage and credits sequence which will always stay the same. 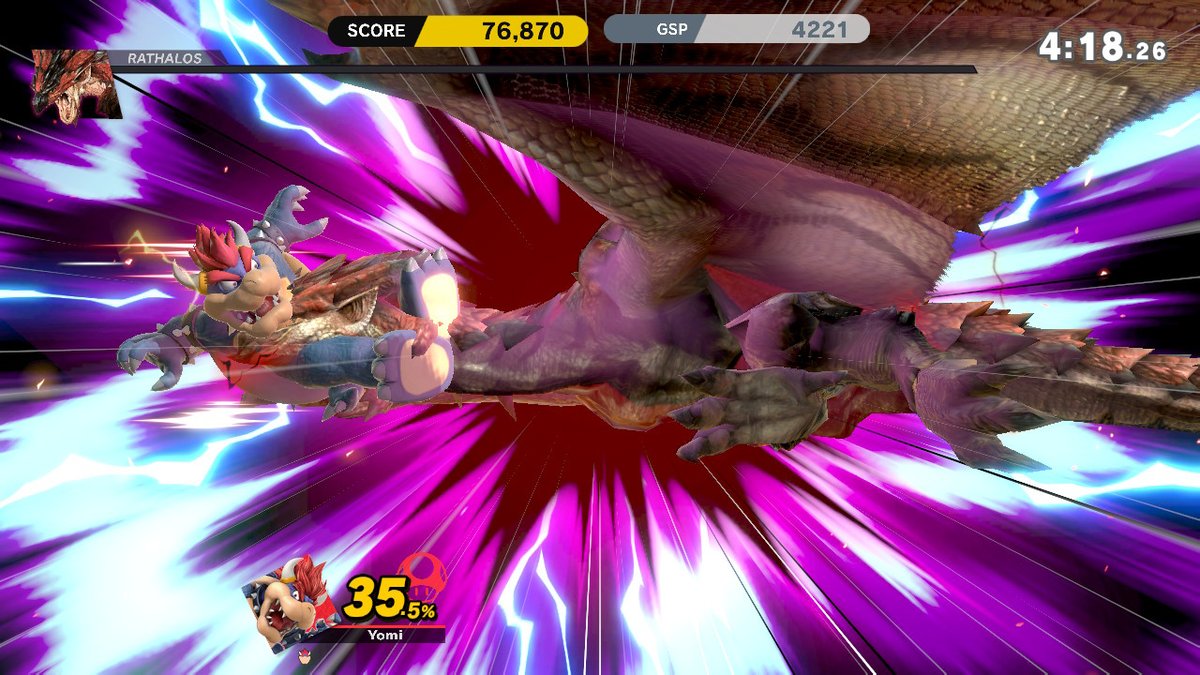 When it comes down to just wanting to do some average Joe matches, there’s of course traditional smash mode. This is where up to eight fighters can come together and duke it out individually on a team or in any other manner they desire. In the smash area is where players can set up tourneys, special smashes and even the brand new squad strike mode. Squad strike pits teams of 3 or 5 fighters against one another, with each character counting as one stock life. One a fighter has been defeated, the next moves in. This makes for a creative new mode that builds the tension as fights continue. The second new mode is smashdown, where every character can only be used once as the roster slowly shrinks. This becomes a battle to choose strategically and decide how to approach the next fight knowing there’s less every round. Both new fights are great new additions to mix things up when challenging friends or deadly AI.

Perhaps the last big aspect to smash is online. While overall experience may vary based on if the Switch is hardwired or not, there are some good changes compared to previous titles overall. By default, fighters can go alone or with a friend for double matches when going up against randoms. When playing this way, those who want to can make their own rule set to challenge others with. There’s no guarantee it will be selected, but it helps make things fit the player. Challenging friends this time around as seen the biggest change with the addition of the battle arenas. This lets multiple groups face off in all sorts of ways or even go up against some randoms in a giant group. Fighters will take turns in the ring to challenge each other, with loser or winner being cycled out regularly to allow everyone a chance. There’s also the elite mode which isn’t unlocked by default, but instead through consistent gameplay and winning to increase GSP or Global Smash Power. Each character has their own GSP and reaching elite rank will depend on who it is. Elite mode isn’t much different from regular online, aside from including other high ranking players who are likely to be the most competitive out there. 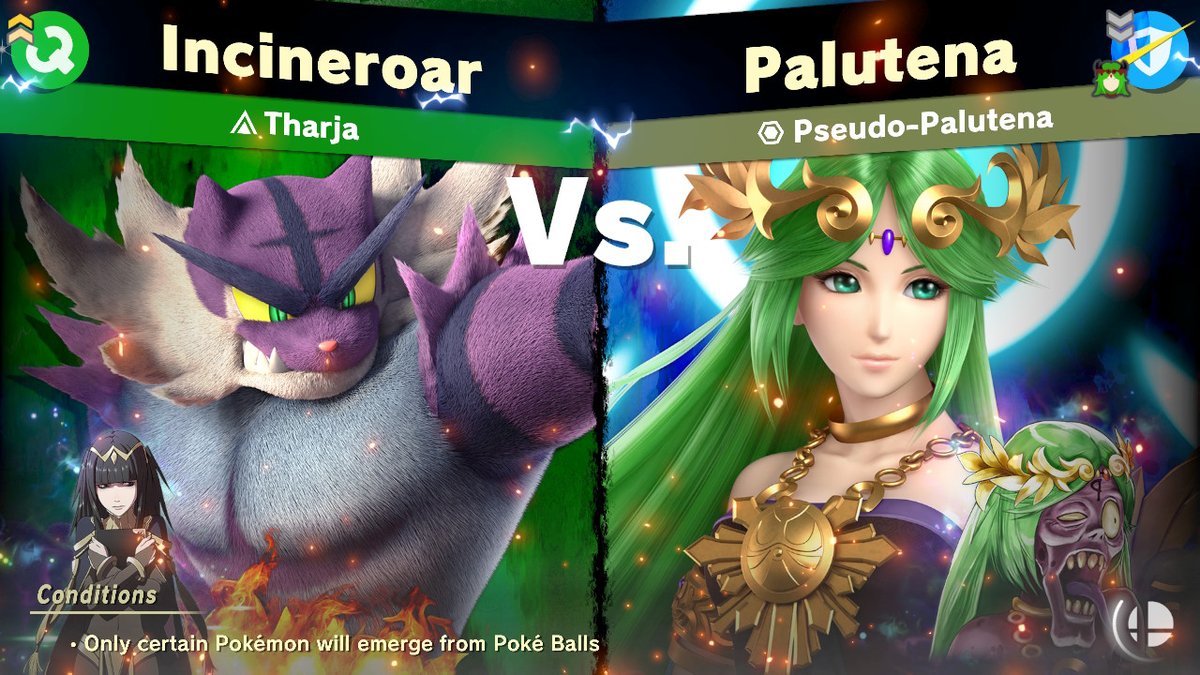 As it’s subtitled Ultimate, it makes sense that this is truly the most jam-packed Smash Bros. yet. With a returning roster of every previous fighter and a good number of new ones, it’s got something for everyone and it does it without feeling overcrowded. The visuals are similar to that of the Wii U version, but manage to be even more impressive from simply lighting to character models. The music selection covers many different video games that all have wonderful music, but the highlight is always the remixes that makes Smash shine. The list of music is truly insane in the best of ways, and the vault of music can now be put into playlists to listen to on the go with the Switch. It will take a while to unlock every song, but it’s well worth it in the end.

While it’s lovely and gorgeous, there are a few things that could be a little better overall. When playing regular smash players select not only their stage, but also rule set before heading in. While it sounds nice at first, it becomes tedious to change rules as it’s not as easy as just going to a quick menu and making the change; players must create a brand new set of rules in order to change them. It’s also a bit of a nuisance to have to re-select a character every single time, especially when there’s a slight loading delay on alternate colors loading for those who want to mix up how their character and get into a fight quickly. Online is tons of fun, but for those looking specifically for a 1v1 fight there’s no easy way to do this, as even if players specifically look for one they could be put into any number of free for all fights before managing to find one. The online aspect is particularly jarring considering the increase in competitive play for smash, but is one that will hopefully see change as time goes on. 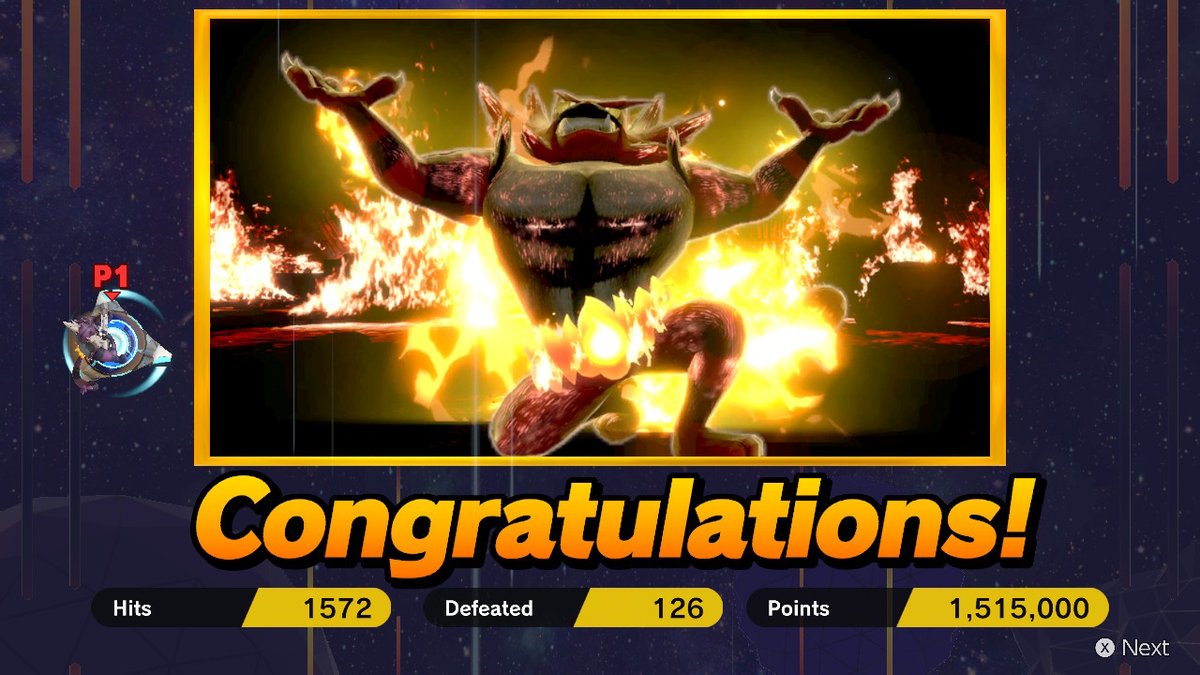 It’s not an exaggeration to say that Super Smash Bros. Ultimate is the biggest accomplishment in the series thus far. It leaves a lasting impact and is hard to put down for even a second when the smashing seems to beckon fighters back. Smashing opponents has never felt so fun, fluid and easy to pick up. While there’s places we can hope to see improvement, such as online, it’s still the best smash title in the series for party players and competitive alike. Ultimate is likely to stay around for a long time to come, as it’s hard to imagine any other Nintendo fighting title topping it for in a good number of years.