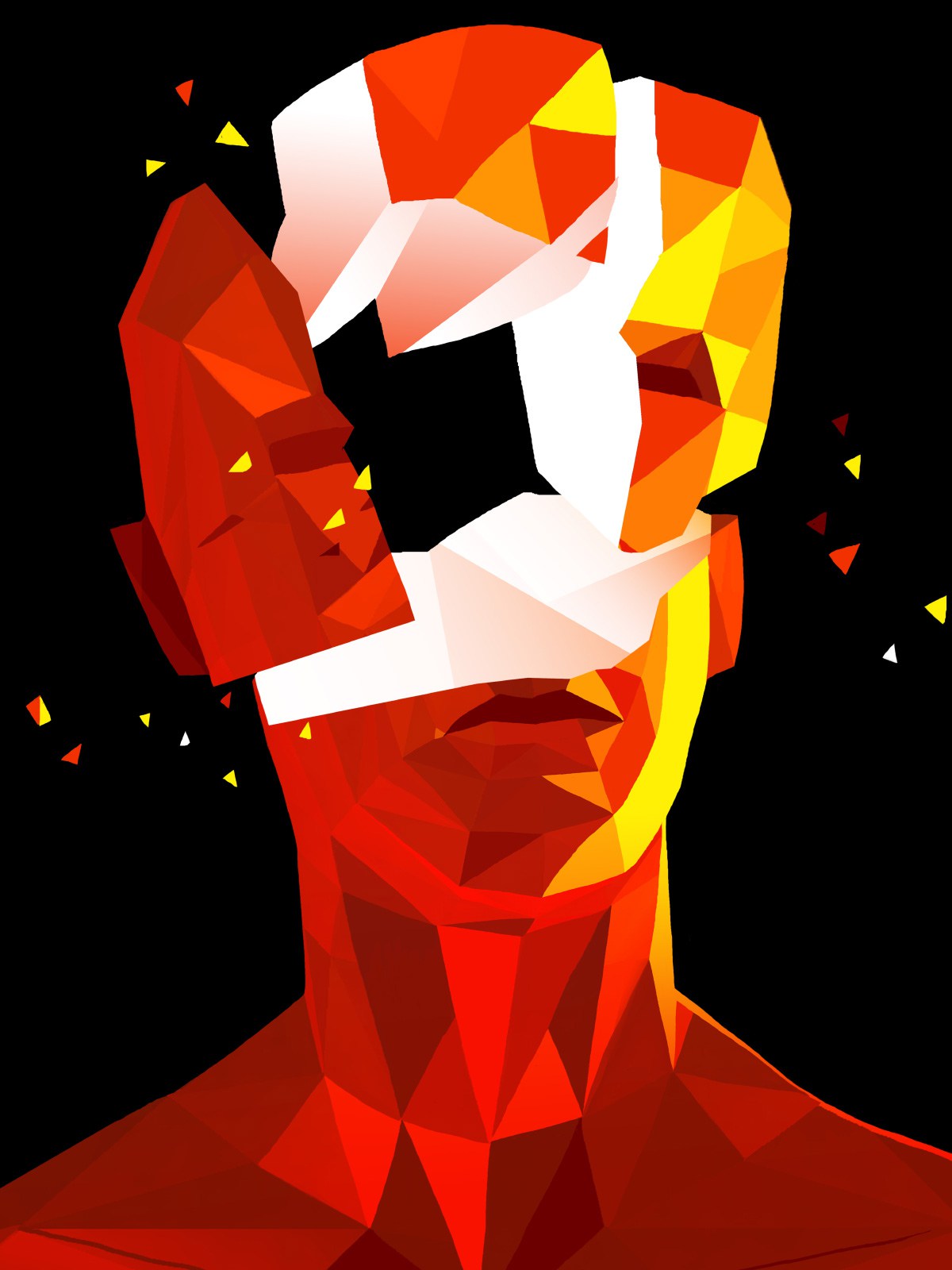 Let it be known across all of the Internet: 2016 is the year for super stylish games. Sure, we’ve always seen examples of games here and there with an off the charts sense of style, but 2016 is something special all its own. Considering we are two months into the new year and already have seen the releases of several of the most stylish games, we’re already plowing forward at a Golden State Warriors-like pace in this made up classification contest. The Witness. Firewatch. Far Cry Primal. Oxenfree. The Flame in the Flood. Tron RUN/r. Unravel. Pony Island. The fact that it’s simple to name a list of games with a palpably rad sense of style after a mere fifty-five days is staggering, and whether or not you like any of these titles, it’s hard to deny that the vibe they give off is pretty darn cool. So why bring this up now? Simple, in a year where it seems like every game that comes out is notably stylish, SUPERHOT shows that the former game-jam product featuring the infamous “time only moves when you move mechanic” is the epitome of cool.

When I first got my hands on Superhot back in 2014 at PAX Prime, it was, and remains, the title that hammered home to true possibilities of virtual reality. No other title made me feel like as much of a badass, and considering that this is probably the last word I’d describe myself as, this is actually quite the accomplishment in immersion. Playing a game for fifteen minutes in a VR headset in the middle of a convention of screaming people, however, is very different from playing through a full title with a mouse and keyboard at a home desk. There was a chance that Superhot would wind up being a cool gimmick in a lackluster game, but the combination of zany level design, slowly evolving mechanics, a borderline mind-blowing narrative and a robust New Game+ mode, it’s clear that the full package is more than worth your time. 2016’s most intensely stylish game so far capitalizes on a mechanic that makes even the most casual shooter players feel unstoppable, all while providing a high level of challenge that even the most hardcore PC gamers will find suitable. Simply put, this is another one of those awesome indie darlings folks, so strap yourselves in for some glowing praise. 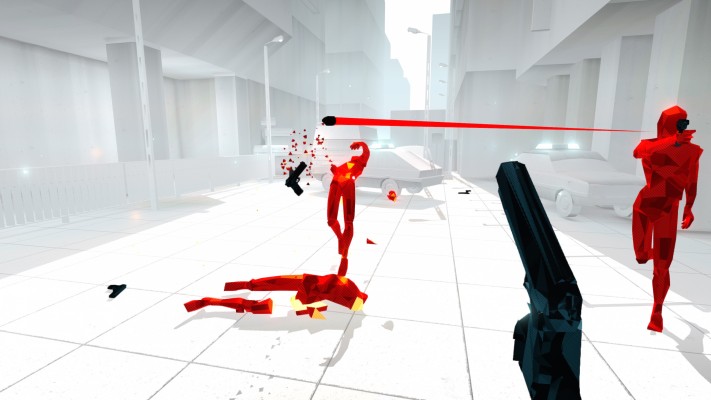 A first-person shooter in which time only moves when you move is an all-time great elevator pitch for a video game. This phrasing, which totally appears within the first few minutes of the campaign, not only describes Superhot‘s gameplay perfectly, but it also shows that this is a title that never deviates from its mission statement. Presented as a single-flowing narrative with separate stages comprising of five-to-thirty seconds of real-time gameplay, Superhot tasks players with eliminating every enemy in sight with a combination of guns, melee weapons, your fists and, of course, time-bending mechanics. Think about if your movement speed was directly equivalent to the rate at which time passes. In practice, time would move slower if you were walking than if you were sprinting, and it would essentially stop whenever you fail to move. In Superhot, this phenomenon affects enemies, bullets, death animations, glass breaking and vehicles. The goal of every stage is simply to dispatch every enemy in the area using your unique power as both a defensive technique and a godlike weapon; you’ll have the chance to aim your attacks and avoid enemy offensives at your pace, so the true weapon here is your mind instead of your reflexes. Superhot‘s central mechanic never seems to get stale, as it constantly gives players the feeling that they are experiencing the ultimate first-person Matrix fantasy.

Though its core story mode, which you’ll play through to unlock the items that give Superhot its replay value, is only two hours long, it tells a bizarre, fourth wall breaking tale of the hypothetical virtual reality dystopia that cynical gaming journalists love to place at the center of editorials. Through a combination of terminal-based instant messaging and large in-stage flashes of text, the standard campaign packs in a story that manages to maintain relevance and suspense despite the fact that literally nothing is truly clear until the final moments. Those instant message sequences are particularly well executed, with predetermined text populating on screen as players tap around on their keyboards or repeatedly pull their controller’s triggers (the former is infinitely cooler and makes it hard not to wonder why more games haven’t done this). Yes, Superhot contains a whole mess of confusing, ambiguous moments and its overall narrative structure does everything it possibly can to avoid convention. If you’re someone who hates stories that embrace the bizarre, then Superhot will likely leave you disappointed. However, if weird is your thing then make no mistake, this one gets really really weird. With that said, it would have been nice if the campaign was a couple of hours longer. There’s  a ton of extended replay value with the modes attained after completing the main story, but Superhot‘s core concepts, both mechanically and narratively, are awesome enough to carry a more fleshed-out campaign. 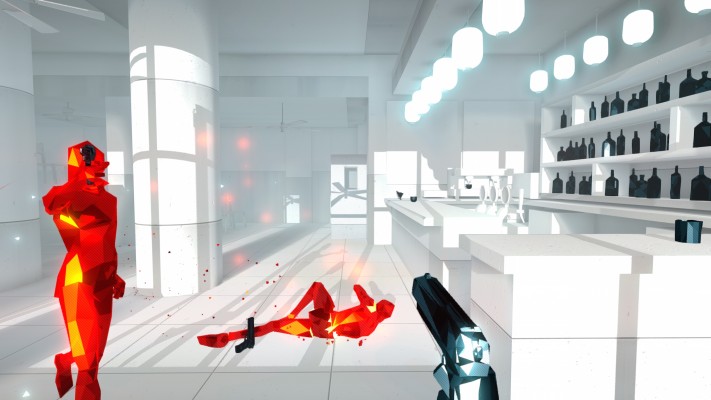 Having a cool central gameplay hook is one thing, but if the actual mechanical execution of that hook falters, then that awesome concept is all for naught. Thankfully, Superhot thrives on the back of its tight gameplay and predictable time mechanics, and the result is a moment-to-moment experience based around the strategic dodging of bullets and timing-based shooting without a reliance on reflexive skill. Each stage starts off with a series of enemies spawning out of gates at the edge of each themed map, with situations taking place everywhere from an elevator, to a bar to the top of a truck driving down a highway. Players have the ability to pick up any gun or melee weapon in the environment, as well as throw weapons and other items at the stylish red polygonal enemies in order to stun and disarm them. A single bullet has the potential to eliminate both yourself and your individual foes, which requires your manipulation of time to be carefully planned and your shots to be perfectly timed. Through the combination of bobbing and weaving, shooting and punching (it takes three punches to kill enemies, but one punch to kill you), you’re tasked with dispatching the unpredictable waves of enemies appearing all around you. Because each stage is wonderfully designed around the time mechanic, Superhot allows you to be surprised by the appearance of enemies without being totally overwhelmed. One later stage spawns you in a cramped elevator with three enemies pointing pistols at your head. In any other game, it would be completely impossible to escape such an unwinnable situation, but thanks to the ability to avoid any bullet, success is entirely attainable. Of course, being able to view and edit real-time replays of your actions after completing each stage only adds to how powerful Superhot makes you feel. There’s no doubt about it: Superhot is exceptionally difficult at times, but there’s never a point where players feel as though they do not have the tools to succeed.

Surely if you’ve seen any of Superhot‘s awesome trailers, you’ll know about the deep, computerized voice that constantly repeats the game’s title. Anyone hoping for a game where they get to hear that haunting repetition is in luck, as every level ends with the aforementioned replays being set to an unlimited chorus of, “Super. Hot. Super. Hot. Super. Hot.” This is merely one example of the crazy presentation quirks that make Superhot so unforgettable. From sequences in a prison cell, to the main menu’s old-school terminal interface to some downright insane moments of flashing lights and low-pixel environments, Superhot is constantly trying to hammer home that it actually is a living, breathing program that is attempting to infest your mind. While I can say with certainly that playing Superhot is not going to cause your brain to leak out of your ear, it’s one of the better examples of a fresh take on fourth-wall manipulation. The presentation is one of the stars of the show here, and if you’re at all curious about a game that inundates your senses in strange ways, then you should jump into Superhot as soon as possible. 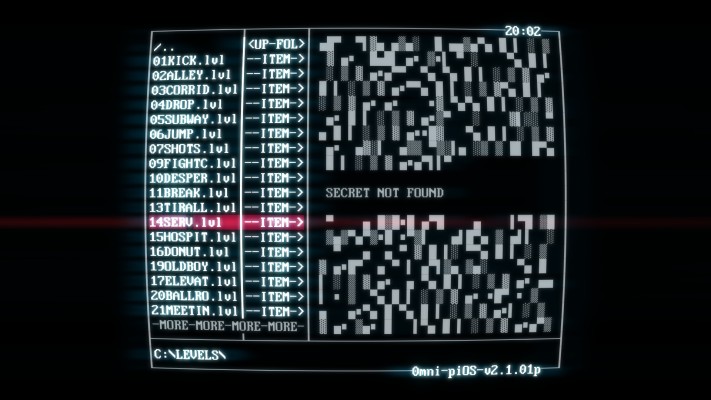 While the brief duration of Superhot‘s core campaign is a minor flaw, it’s masked by a whole host of post-credits content. First and foremost, the inclusion of an Endless mode makes it nearly impossible to uninstall Superhot from your hard drive, as a thirty to sixty minute non-stop run seems like the perfect solution for those moments where you aren’t sure which game to play (solutions to first world problems are the best). Endless mode is exactly what it sounds like it is, and without it, there would be little reason to come back to Superhot after beating its campaign and intriguing Challenge mode. Everything from an intense difficulty spike, to faster enemy bullets to a fists-only modification shows up in playlist form here, and if you’re the type of person who enjoys a good time-chase, then you’ll be happy to know that you’ll be able to engage in time-based speedrunning challenges as well. The clear star of the show in Challenge mode is the katana-only challenge set, as this awesome weapon allows you to slice through bullets in midair. Being able to run through a whole host of stages and cut through bullets every few seconds changes Superhot‘s core gameplay considerably, granting the option to take on a more offense-based strategy. So yes, Superhot is technically a short game, but you have the potential to enjoy a great deal of content if you stick around after the credits roll. In fact, the vast majority of Superhot‘s content falls after the end of the campaign, so you’d be doing yourself a disservice in simply uninstalling it right after the credits. 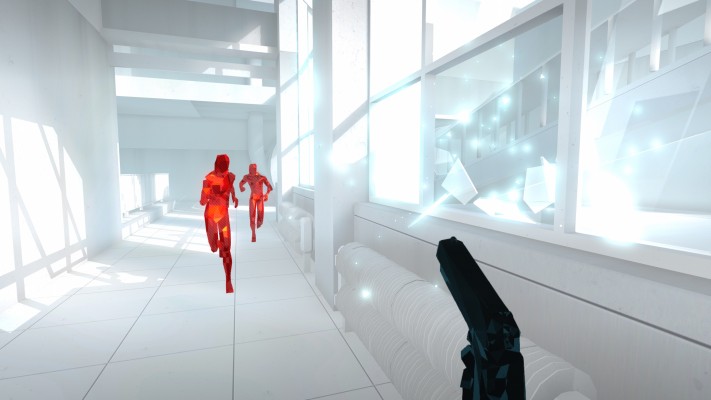 Part strategy game, part first-person shooter, Superhot is the best take on the violent power fantasy seen in years. It’s tough to pinpoint a game this generation that makes players feel like walking gods in the same fashion that this fleshed out game-jam product does, and for that reason, it’s a game you should obtain as soon as humanly possible. This is the type of title that has the potential to cause non-gamers to drop their jaws slightly, as its visual style and presentation elements make it unlike anything else on the market today. If you’re the type of gamer who is sick of the same games coming out over and over again, then Superhot is a breath of fresh air thanks to its phenomenally executed central mechanic. A game with the elevator pitch to end all elevator pitches, Superhot proves that life really would be more awesome if time only moved when you move.