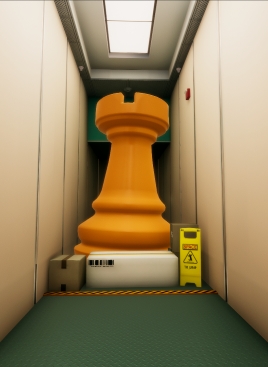 Hello, and welcome back to yet another lesson about things you will eventually come to dread as a game critic! Today, we’ll be discussing labors of love, games that have taken years and years to complete. After all, it can be easy to worry over a game that the developers have poured a lot of their life’s work into. What if it turns out that it wasn’t worth the wait? Do you really want to be the jerk who gives the game a low score, knowing just what went into it? Such is the dilemma with games such as Superliminal here, a first-person puzzler that took nearly six years to complete. An impressive-looking game built around forced perspective, it’s quite the ambitious game, and developers Pillow Castle are clearly proud of all the work they’ve done. Which means it really, really hurts when I have to say that the end result ends up being pretty…meh.

Superliminal takes the form of a dream therapy session known as Somnasculpt, designed by the enigmatic Dr. Pierce. You enter as a lucid dreamer, wandering around a hotel, getting used to being able to warp the sizes of certain objects in your surroundings. But then something goes wrong during the orientation and you find yourself going off the rails and behind the scenes and now you have to trigger the emergency protocol in order to wake up. This means going through several layers of this dream world, which end up getting more insane in various ways as you progress. The first thing that should easily catch your attention in Superliminal is, rightfully so, its central gimmick of forced perspective puzzles. Not only does it make a clever idea, it’s easy to pull off in the game. Simply grab an object, move it around and rotate it if needed, and let go to place it down in a new area. So you can, say, grab an an exit sign held a few feet away from your face, drop it in front of a far away platform, and boom, you have a giant ramp to help you get up. Simple and fun to work with.

You also get several impressive visuals as well, with some of the optical illusions being  outstanding and contrasting nicely with the sleek hotel decor. It truly does feel like the type of world you would encounter in a dream, complete with nice lo-fi music that sets the mood. It all makes a great first impression, but after that, things start to feel a bit shallow. 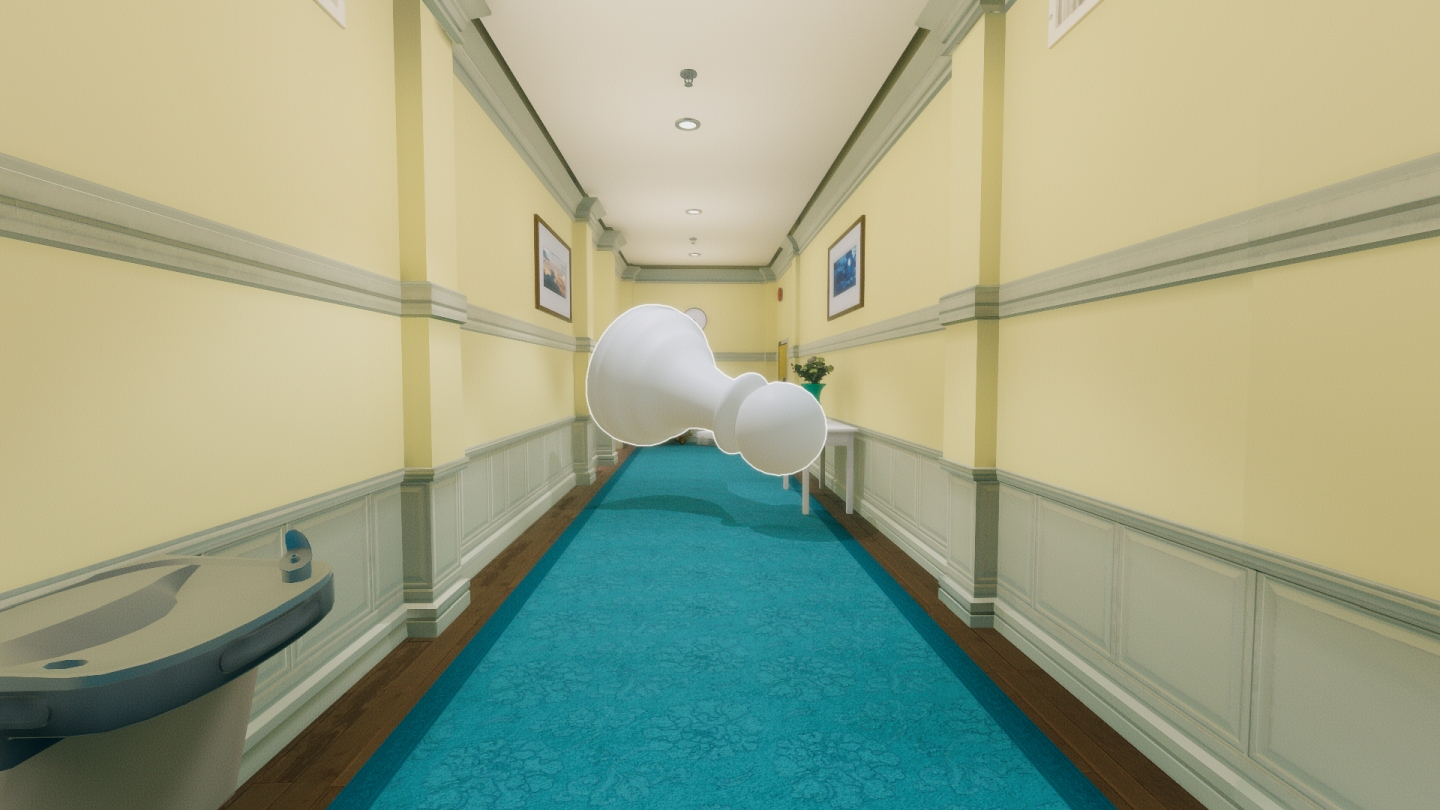 One of the big flaws of Superliminal is that it’s clever, but rarely is it challenging. Despite throwing a few occasional gimmicks in certain levels, such as items that multiply when you check on them or areas where you have to move around doorways in order to manipulate your size, the overall difficulty level never seems to escalate. And this may be due to the fact that while preview clips may give the impression that you can grow and shrink whatever items needed to progress, in reality you only get about one or two items per room that you can interact with, so it doesn’t take long to figure out a solution.

Still, I get it. The emphasis is likely less of the puzzle difficulty and more on the narrative and visual spectacle. And visually, it has a ton of optical illusions and mind screws when you interact with a few objects, which are always a neat touch. The narrative, on the other hand…well, sadly, it isn’t exactly Portal quality. We end up learning nothing about our main character or what the visuals we find in the game mean, and the hints of an evil AI or something in a similar vein interfering with things never come to fruition. Instead, the big narrative moment comes with the ending, where we learn that the main theme and lesson we’re to take away from all this is that sometimes to get past obstacles in our life, we need to look at things from a different perspective. 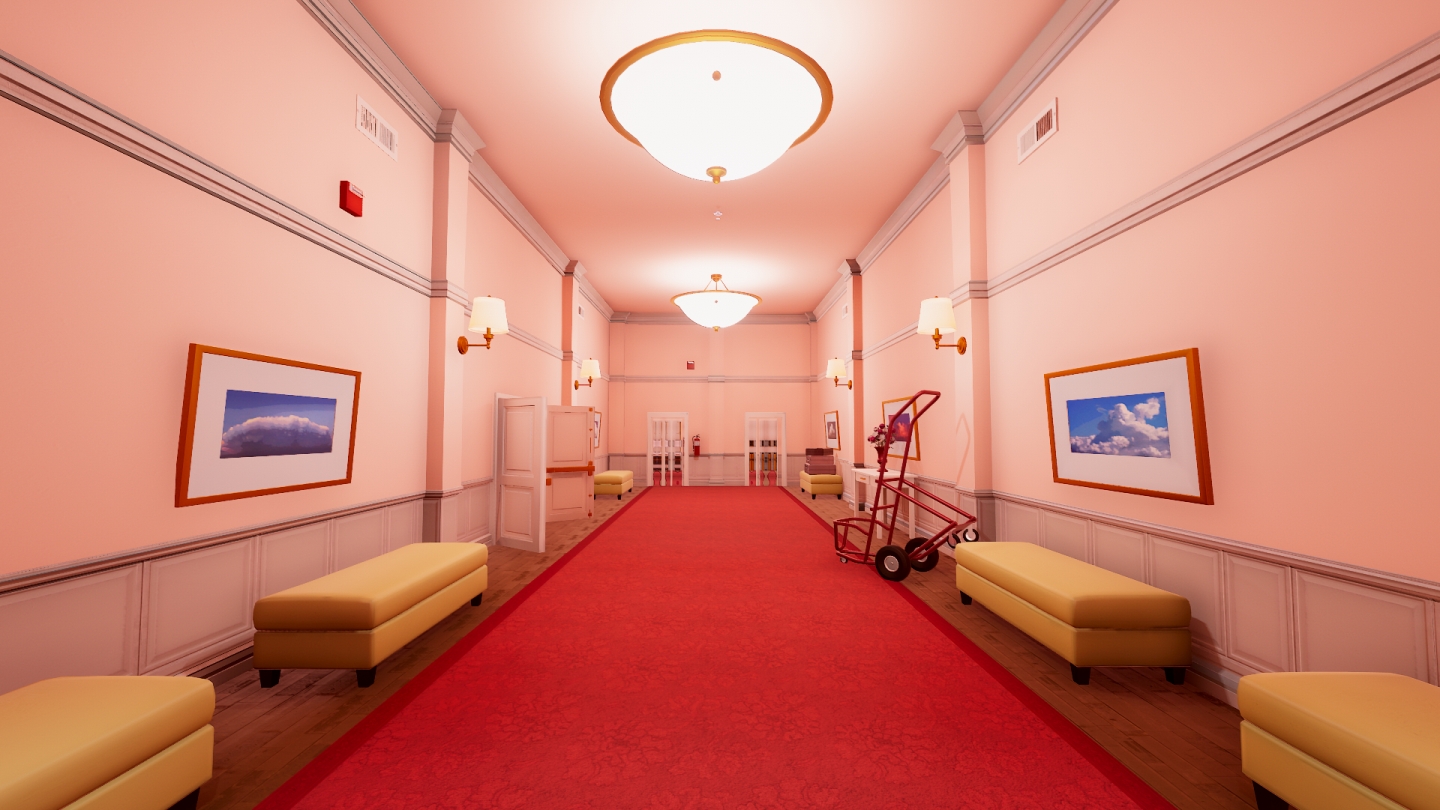 The entire concept of the game revolves around forced perspective, and how we have to manipulate it, so that’s kind of an obvious lesson. Yet Superliminal tries to present it like some sort of big epiphany, complete with uplifting music, in an ending that seems to drag itself out. Which is impressive, seeing as how the average playthrough will only likely last about ninety minutes to two hours. Yes, we have quite the short game here, and sadly, this is one of those cases where it works against it. Things end too quickly, well before any aspect of the game ever allows itself to grow into something more impressive. It’s nothing bad, mind you, but nothing ever seems to rise above the heights of “decent.”

I kept thinking about the constant themes of changing perspectives and thinking outside the box, though, and came to a rather damning conclusion: for a game telling you to think differently and find unexpected conclusions, Superliminal is shockingly linear. The core concept and themes don’t actually work with the presentation and execution. Again, you would expect a game like this to let you go nuts, but rarely does it offer that opportunity.

For those who have played The Stanley Parable, you may recall that the “main” tale involves shutting down a mind control device and Stanley escaping to freedom, the joke being that you can only achieve this by doing everything that the narrator tells you to do, in a bit of hypocritical humor. Well, Superliminal basically plays that exact idea straight. It ends with narration informing you that you’ve basically been extremely creative, clever and whatnot, but in reality the game was laid out in such a way that it felt like all I was doing was following the instructions. It basically wants you to think outside the box, but never realizes that it’s having you do so while enclosed in another box the whole time. 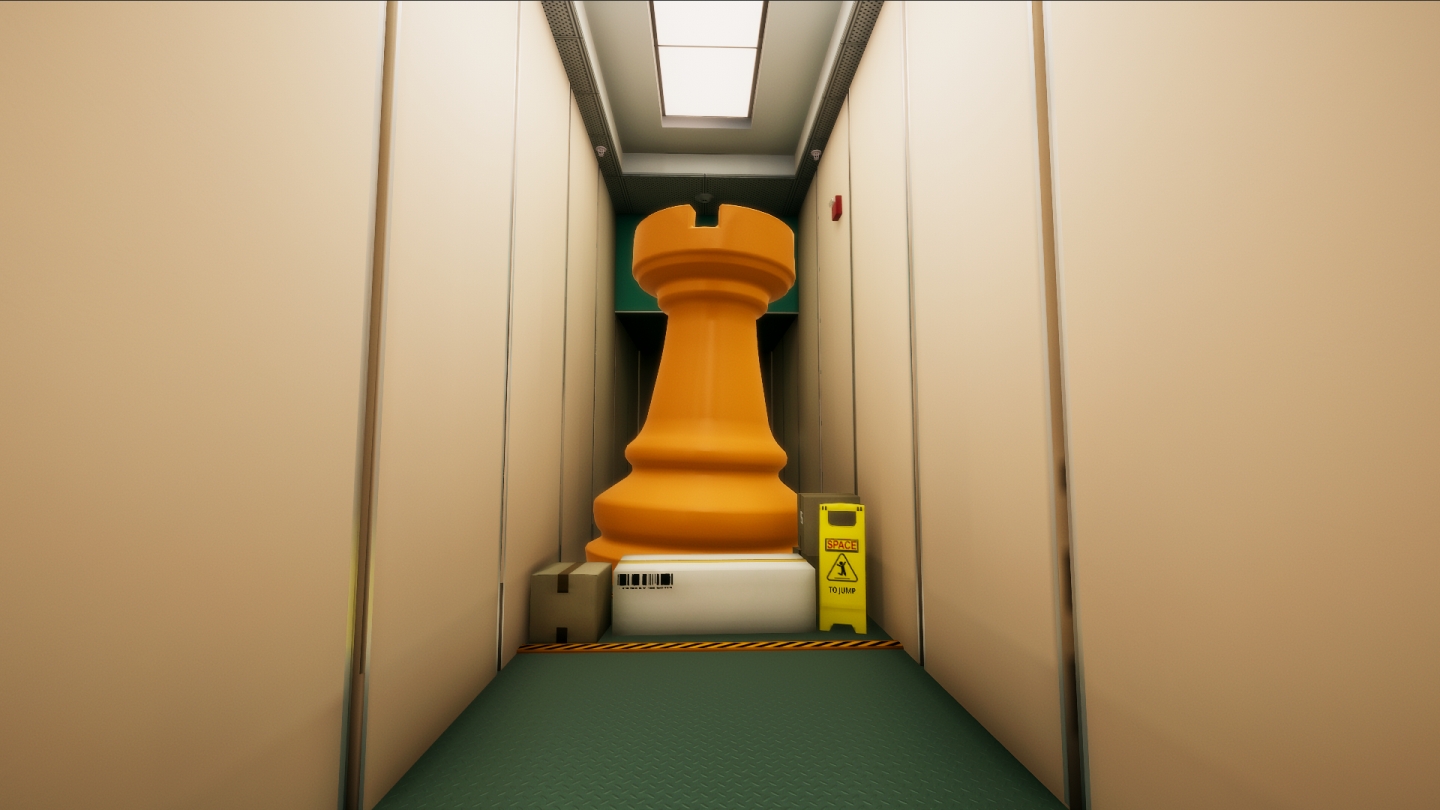 Superliminal has a unique concept for a puzzle game and nice and trippy visuals to accompany it, but alas, that’s the majority of what it has going for it. The short length combined with the lack of difficulty and any interesting story means that the game will barely leave an impact on you, and there really isn’t any reason to revisit it. And it’s a shame, because it starts out impressive, but then the novelty wears off quickly. While it may still be an okay game overall, there are many other first-person puzzlers worth checking out instead which do a better job of thinking outside the box.