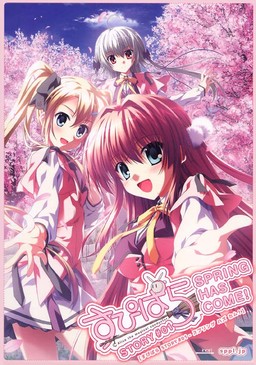 The history surrounding the Supipara – Alice the Magical Conductor series is distressing. Minori, developer of incredible, high quality visual novels such as ef – a fairy tale of the two, released Supipara Story 1 back in 2012. It sold quite poorly in Japan, however, which basically spelled the end for the new episodic series before it even truly began. If things had been different, this would be the last anyone heard of a doomed franchise. Luckily, Minori had a friend in MangaGamer. MangaGamer, publisher of localized visual novels, decided to run a fundraising campaign for the company. As fans purchased more Minori visual novels from them, they managed to successfully fund an English translation for the very first chapter of Supipara – Alice the Magical Conductor.

Now they’re currently a few thousand dollars away from the second chapter (the first episode was split into two for its English release) getting a translation. If purchases continue to come in then the long term goal is to develop and release future chapters in English first. Why? It’s simple – this audience will have shown its commitment and interest in the series when the Japanese audience failed to do so. That will be a truly landmark event if it happens, but we’ve not gotten that far just yet. In any case, all of this history surrounding Supipara – Alice the Magical Conductor is only a small part of the equation. What matters more is whether or not this game was truly deserving of a second chance to succeed. That all falls onto the quality of the storyline and writing, of course.

Supipara – Chapter 1 Spring Has Come! introduces us to the world of teenage protagonist Yukinari Sanada. After seven years away, he has just moved back to his hometown. This might sound like the start of yet another completely typical storyline, but there’s a bit more to it than that. The thing is, Yukinari doesn’t remember anything about his history in this town because a catastrophic accident caused him to lose all those old memories. Not only that, he also lost his father and his mother went into a coma lasting seven years. The return home is bittersweet in many ways, but also a chance at something new. Yukinari’s mother has finally come out of her coma and is poised to live with her son after all these years. The weird thing is that all her memories from the first years of Yukinari’s life are completely gone. Therefore, she remembers nothing about him, and he remembers very little of her. Even so, they must somehow come together as a family despite feeling as if they are total strangers. 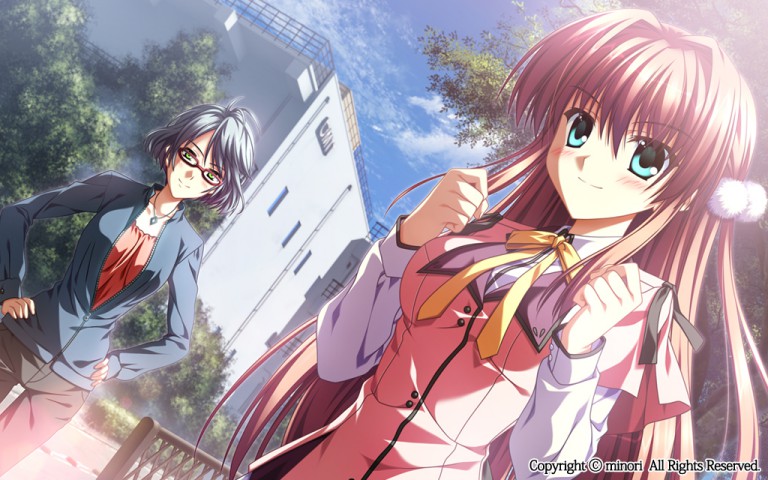 It might sound like this visual novel has a heavy, somber tale at its core. Actually, despite the extra attention given to a dramatic backstory, much of Supipara – Chapter 1 Spring Has Come! still feels like your everyday slice of life visual novel. Yukinari might not remember much about his hometown, but an old childhood friend and cousin Sakura sure remembers him. After helping get her cousin reacquainted with Kanagawa Prefecture, Yukinari starts to feel a little bit at home. Throughout his return to the town he also meets with his many over-energetic classmates. The weirdest meeting he has, though, is with someone named Alice. The two meet while Alice is flying over trees on a broom. Yep, that basically cements the fact that she is totally a witch right out of the gate. Even so, Yukinari takes this in stride and accepts her witchiness without much fuss.

This is really indicative of his reaction to basically everything. The game’s full to bursting with oddball characters, but nothing really ever breaks Yukinari’s stride. After meeting a masochist shrine maiden, sadistic transfer student, and clumsy witch, among others, it seems that nothing can really phase him. And somehow, despite the cast of extremely colorful characters, much of the early story drags along at a terrible pace. It’s rare to feel like falling asleep when playing a visual novel, but this was my personal reaction to the game before interpersonal drama started flaring up. Things finally pick up once a beauty pageant that Yukinari is placed in charge of nears showtime. 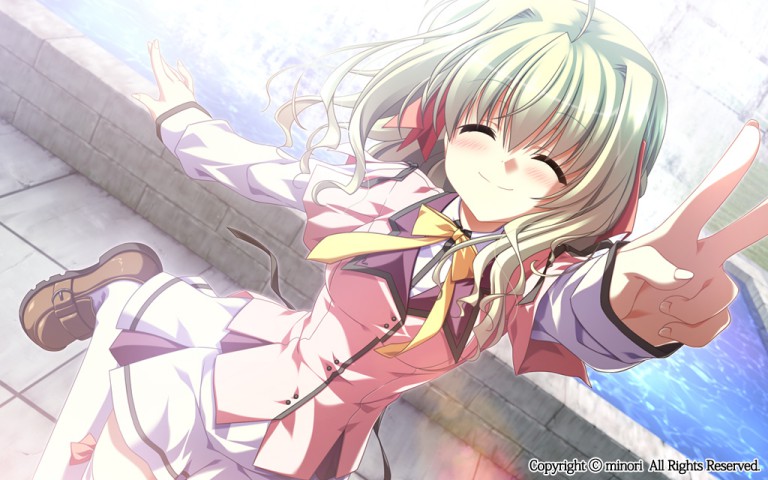 As with every Minori game out there, absolutely no sacrifices have been made with regard to visuals. This visual novel is plainly one of the best looking out there today. Despite not being fully animated like School Days, sprites are both high quality and quite lively. Character eyes blink and mouths move as dialogue is spoken. When they look around, the characters are actually animated turning in a different direction. To be fair, this effect does look rather weird because of a motion blur effect put on it. There are also many CG scenes interspersed throughout, to make the game feel more like watching anime than playing a static visual novel. Backdrops are often given animated aspects – but there’s an issue with this. Despite running a powerful gaming PC, a simple effect of sakura petals falling in the background absolutely slowed everything down. You can turn off these extra effects in the menu but it shows that the game isn’t really optimized well for these special visuals.

One of the weirdest aspects of Supipara – Chapter 1 Spring Has Come! is the way in which it was broken into episodes. Minori’s plan was to make each chapter focus on a different woman (effectively a different path as per visual novel standards). Chapter 1 ends on a positive note for Yukinari and a certain character, but apparently these futures are to be overwritten with each new chapter. It’s a neat way to force players to experience every route. If this is anything like some of Minori’s previous work, then the ultimate culmination of all these paths will be far more impactful than any one ending. Of course, it’s impossible to say that for sure given that only Chapter 1 is available in English right now. The almost dull introduction is cause for some concern, but hopefully later chapters delve deeper into themes of magic to make this stand out more than just another slice of life game. 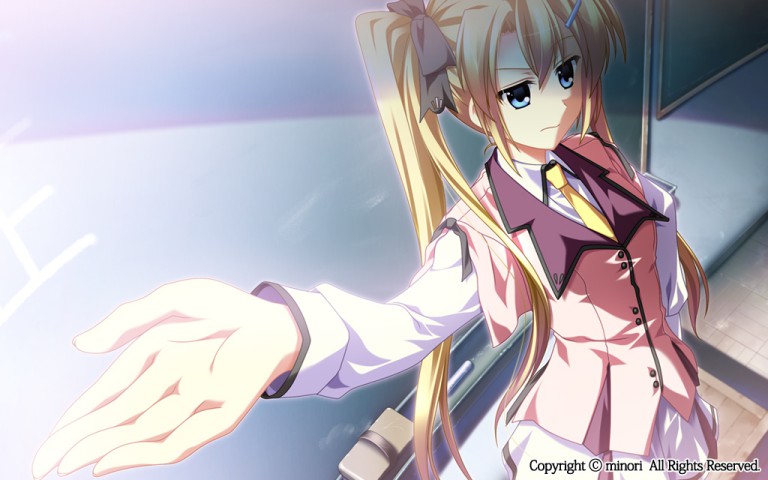 Supipara – Chapter 1 Spring Has Come! will take most players somewhere between six and twelve hours to complete, based on their reading speed. That time will also be affected by whether or not they get bored out of their mind in the early goings before finally digging in. It’s outrageous that a slice of life game that actually makes an effort to create a great backstory and memorable characters still ends up with a beginning that drags. Luckily, both audio and visuals are outstanding, showing that a lot of care went into creating this visual novel. This makes it safe to assume that, whatever Minori has planned for future chapters, it will be worth all the incredible effort put into this initial release. There simply must be some sort of payoff to future paths, right? Hopefully Supipara – Chapter 1 Spring Has Come! does well enough to facilitate the development and localization of future chapters or we’ll never see how everything plays out in the end.