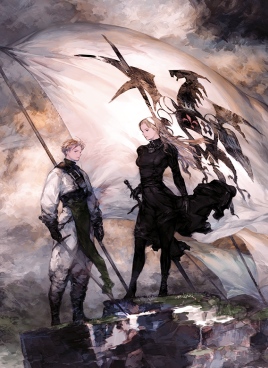 Tactical RPGs have become a big part of RPGs as a whole, but when Tactics Ogre was first released in the U.S., that wasn’t the case. RPGs in the west were very much a niche genre and the strategy-centric offshoots in the genre weren’t a big deal until Final Fantasy Tactics hit in early ’98 that the SRPG sub-genre would be seen as something on-par with a major game in a series. Yaumi Matsuno created both games and while TO pre-dated FFT by a few years, his later work in FFT wound up leading to his earlier work in Tactics Ogre gaining more traction both in its time and later. Both were in interesting positions as both early PS1 SRPGs alongside Kartia, but were also big releases for the PSP — the last device where SRPGs got massive exposure as big releases in a physical format.

It’s been a decade since the last big release of Tactics Ogre, and it’s a testament to how well-crafted the original game is that something can be largely a port with minor upgrades across the board gameplay-wise and still result in an incredible experience. The core gameplay has held up wonderfully and Square Enix has given it some modern-day quality of life improvements to help speed up the pace of battles — something that they’ve done in a lot of revamped re-releases over the past few years and it’s helped make classics more approachable and fun in an era with less free time to deal with and more devices to entertain them.

Tactics Ogre Reborn takes the Let Us Cling Together re-release of the original game on PSP and improves upon it with revamped graphics and the ability to speed up battles. By default, the player is in control of all of their party members’ movement, attacks and defense unless there’s a guest character in the party. Those tend to show up for story-centric missions and allow you to avoid using up your own resources as much since they’re usually stronger than the in-game cast and your recruited soldiers and can still help the party gain things from fallen foes. 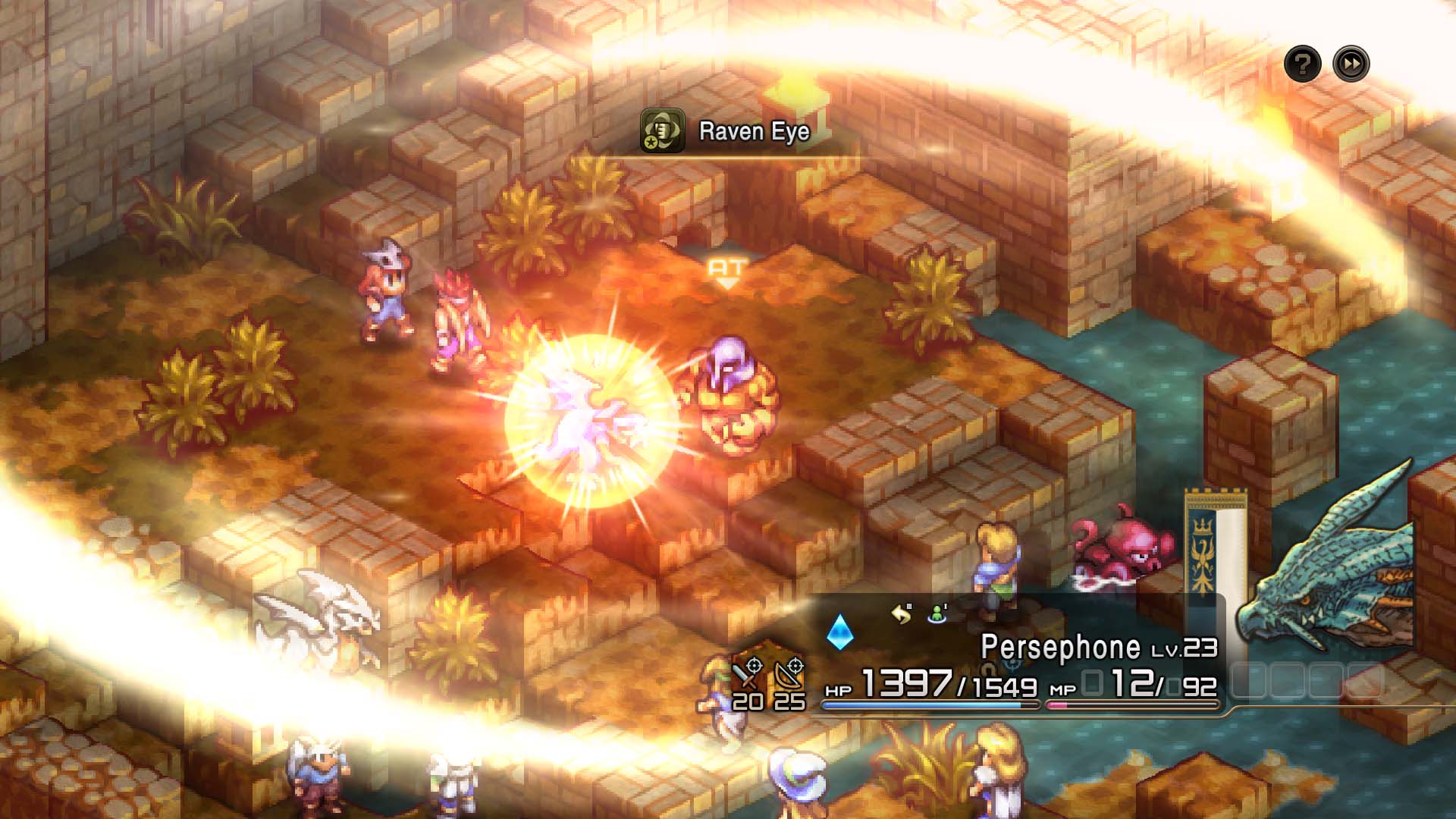 One flaw that a lot of FFT-likes have had over the years, like the Mercenaries series especially, is a lack of camera movement. Being able to move the camera around allows the player to have a far clearer idea of where they are on the battlefield, what’s around them and where they are in relation to enemies versus a static isometric viewpoint. Tactics Ogre Reborn doesn’t just allow players to move the camera, but offers up a completely overhead viewpoint as well offering a bit of Fire Emblem-esque action as a result.

The class system that Final Fantasy Tactics made famous in the West is on display with more depth here and a lot more choice as well. Changing character roles enables the player to choose their own path in the game for anyone they want in terms of style without the penalty of low-leveling when staring a new role and that allows the easy movement into a new role to feel more organic. Logically, one who has excelled in prior roles would bring those skills into a new, different role and better themselves without starting from scratch and that approach is on display here.

Tactics Ogre Reborn offers this classic the best possible chance to get the love it has always warranted in the grand scheme of things. When you have a game that’s so influential that it leads to a whole sub-genre, you have a game that delivers an experience that should be experienced by anyone interested in tactical RPGs who missed out on it before. Like FFT, players find themselves in the role of an underdog out to deal with political strife but one thing that Tactics Ogre does better than most other RPGs even today is offering up a sense of consequence for the player’s actions. 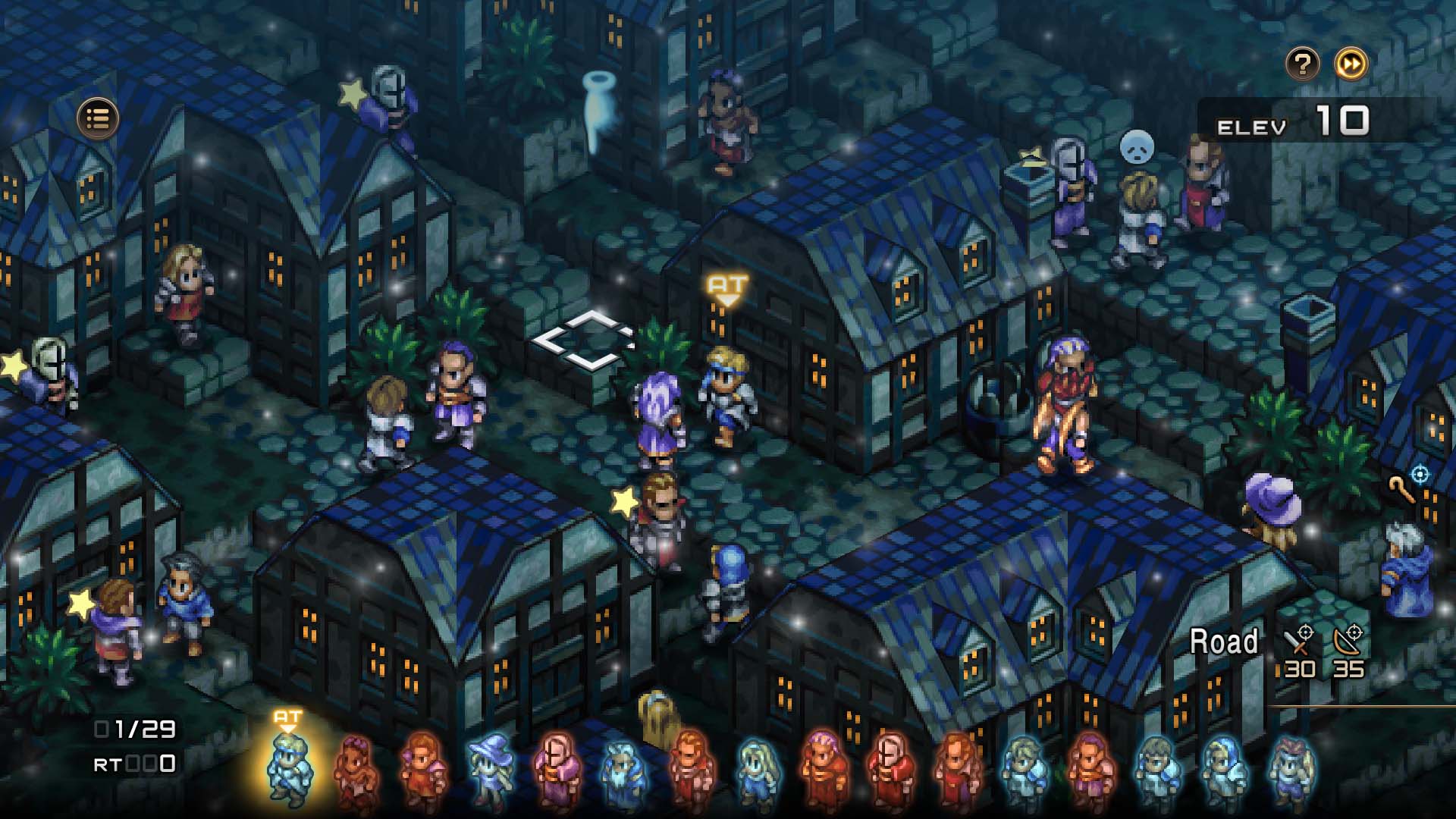 There are a variety of paths the player can choose and there’s no perfect moral choice in the game — just as in life. Actions have dire consequences and some can lead to beloved characters dying. One thing that Tactics Ogre does better than any other SRPG on the market is blending drama into the narrative. It’s something that games like Disgaea have done with a tongue-in-cheek approach, but everything is played straight here. Characters are given depth and Denam has to make tough choices to see the adventure unfold.

One nice thing with Reborn is that the new game plus mode allows you to essentially just play through the essential story beats again — so you don’t have to play through the whole game again to see other endings or story paths. A lot of work went into making the game feel more approachable for modern fans — including the addition of full voice acting. This is a divisive issue as it usually is with games getting new dubs, but the voiceover does help put personalities to the characters better than before. The art itself hasn’t been given a big upgrade and that can make it tougher to truly put a name to the face you see on-screen.

Efforts have been taken to smooth out the art, but it largely looks like a smoothing filter on an emulator alongside new artwork for portraits. It’s a shame, but does work well when playing on the Switch’s small screen in portable mode and helps the graphics not look pixelated on a large TV. It’s not for everyone, though, and it would have been fantastic to see the original pixel art retained in full or even an HD-2D art style put in place. Maybe we’ll see that down the road if this does well. As it is, there’s room for improvement with the visuals even if the simple art style itself has nicely aged. 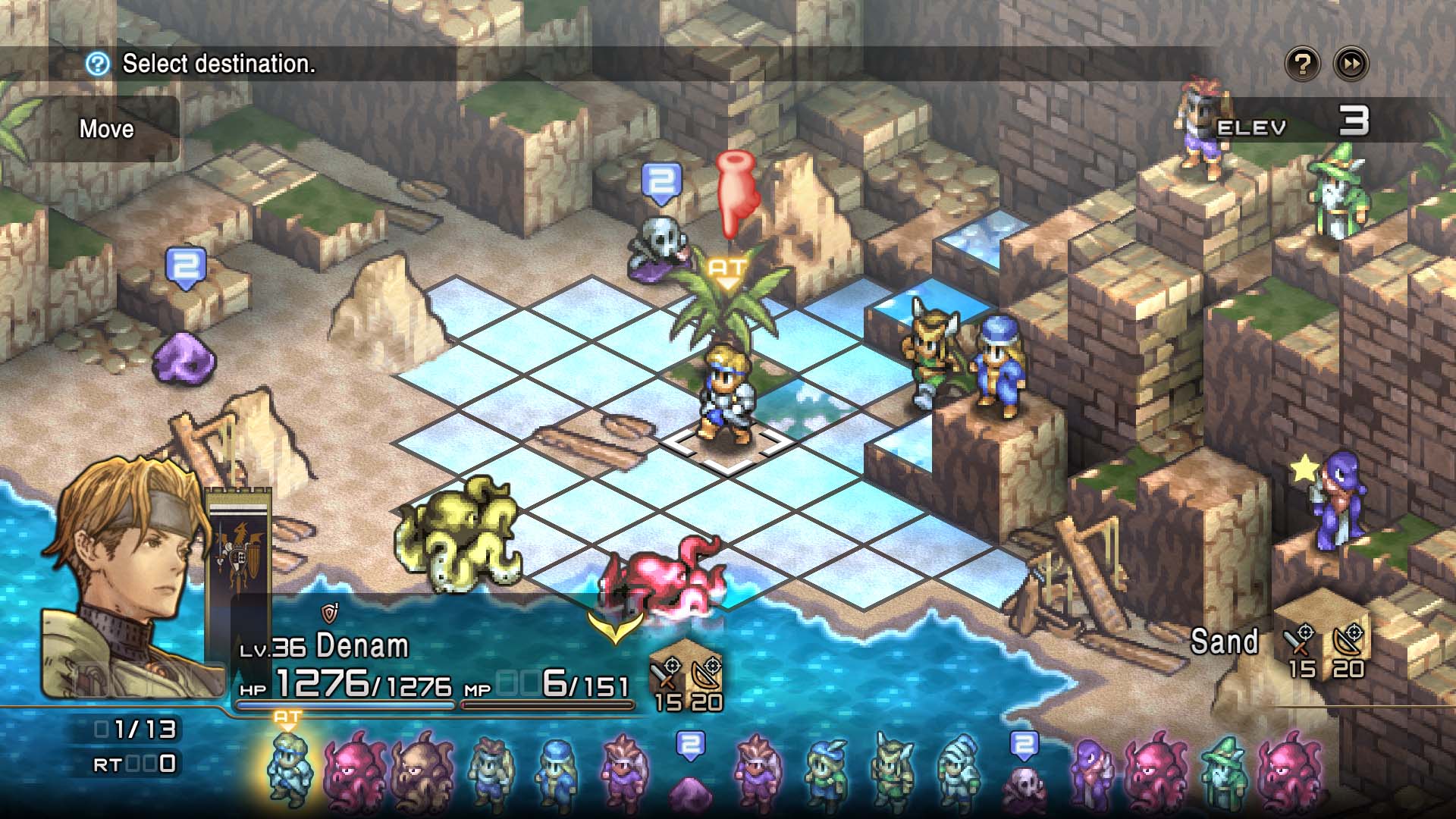 Tactics Ogre Reborn is the best overall way to enjoy this classic game. Some may prefer the older versions keeping the original pixel art, while this version smooths out the rough edges in ways that may not be for everyone. The addition of voice acting helps tell the story and give it a greater sense of pathos and it’s good work overall. The story is a serious one and no one plays anything for laughs. Reborn offers up a new way to enjoy a legendary title and shows off just how perfectly-crafted it was to begin with. It’s a minor shame that the original game isn’t included here for historical purposes, but what we have here is largely the best way to play it outside of the filtered pixel art. Tactics Ogre Reborn is a remarkable tactical RPG and a landmark entry in the genre over 25 years after its original release.