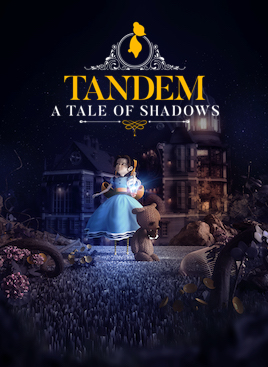 Tandem: A Tale of Shadows

The further in you venture and better you get used to the conjoined perspectives that marks Tandem: A Tale of Shadows‘ eye-catching approach to presentation, the more puzzle genre gimmicks you find yourself figuratively crossing off the list. There’s of course the shadow manipulation front-and-center with most of its offerings, but then comes the Sokoban references, the baiting-out of some sentient threat you have to get past. Making shapes, manipulating shapes, observing one’s environment, escaping said environment only to then re-enter it.

Tandem is a flutter (but never a clutter) of various small ideas chopped-and-changed on a near level-by-level basis. It’s a game where its difficulty curve feels bizarrely inverted. The real difficulty and spots of head-scratching uncertainty are not in its latter stages, but the very first grouping of levels — the point you’d justifiably think the game would still be easing you in. Surprised and let down as you may be that the borrowing of many of the genre’s staple concepts comes at a consequence of losing sight of an otherwise natural progression. And yet, hostile to consistency it might seem, what keeps Tandem a fascinating enough, if brief, puzzle game is of course its main mechanic that ties everything together at its epicenter. A dual-perspective design whereby the game is both overhead and side-scrolling alike. Human character Emma confined to that bird’s eye view of the environment while an accompanying teddy beat by the name of Fenton strolls from one side of the screen to the next — making use of platforms both static and created alike that tend to veer in and out of visibility on a whim.

There’s charm and momentary guessing-work that has less to do with the puzzles themselves, but rather on where these side-scrolling elements are bound to pop up. Like turning the page to a pop-up book mere moments before the 3D effect goes about materializing before you. Brief and ultimately inconsequential this may be, where Tandem may falter (because there are parts that stumble to the point of dragging it down from what could’ve been more promising an output), there’s a hefty consolation to consider in that French developer Monochrome Paris not only make their dual-perspective title mechanically satisfying, but aesthetically too. How integral or relevant in their design this approach may have been — if there was any intent there to begin with and isn’t just some happy-accident players such as myself have latched onto — if nothing else gives Tandem more of a unique flair to its appearance. 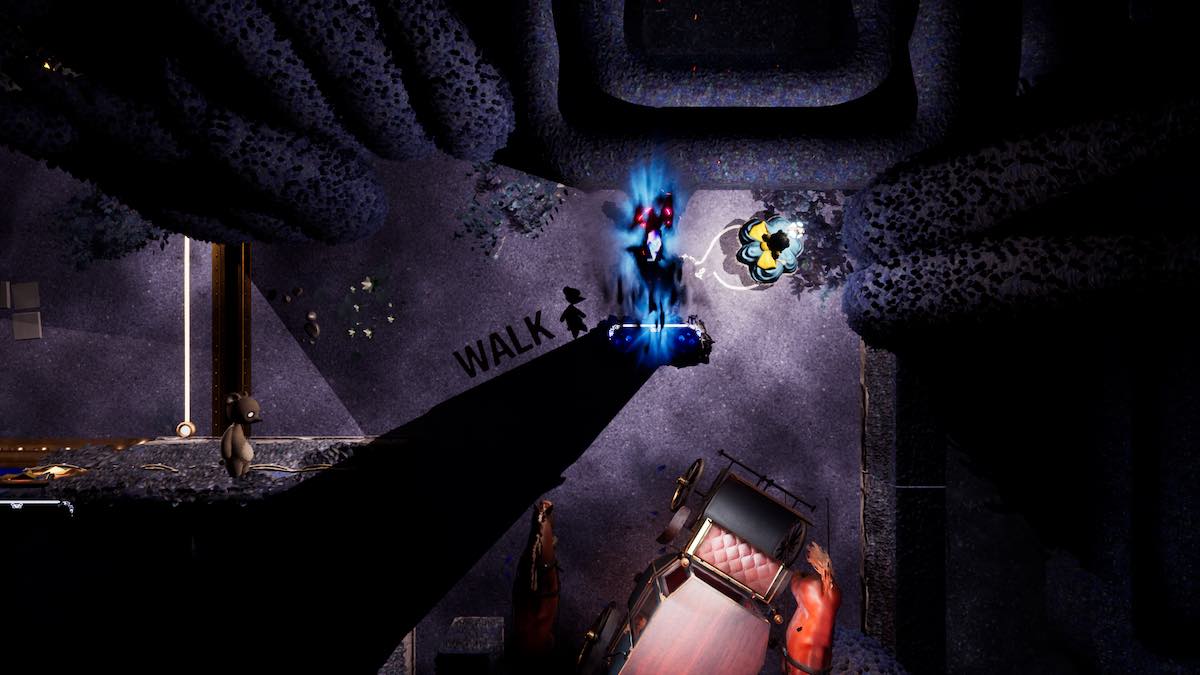 Which, as it turns out, is a massive sigh of relief given much of the art direction and moody, gothic aesthetic is, while not terrible, not exactly the most striking aspect to draw people’s attention to. Sure there’s admirable detail and depth that skirt the corners and outside edges of each one of the puzzle areas you stroll through. Unsettling, inanimate objects suddenly getting a lot more animated than usual. Abstract creatures in captivity and the usual formula of child-like imagination taking a darker and distorted twist, but you’d be lying if you said any of this isn’t something we’ve seen a thousand times over. And executed with a lot more unsettled anxiety, let alone care for what exactly it’s going for in some parts. That absence of care goes doubly-so for the story, or semblance of what one could cobble together and excuse as a “story.”

Something about a missing boy and a young girl, Emma, taking an interest to the mystery because…? The game doesn’t elaborate on it other than the most mandatory of game set-ups: “here’s the player-character, here’s the premise, go!” Also, the other playable-character in this co-operative endeavor is a teddy bear. Go on, off you go. The shortcomings with the narration and means of storytelling wouldn’t be that big a deal to highlight were it not for the transitionary cutscenes that bookmark the start and end of each of the five regions. And the fact that, to be brutally honest, such pre-rendered cutscenes are horribly handled, both in terms of animation and performance. Thankful I am subtitles being enabled is the default setting, as it’s hard to work just what the player-character is saying past the mumbled, terribly-handled sound mixing and questionable animation that comes and go with all the weight and impact of a helium balloon. I’m not expecting big-budget scenes from a studio of this size, but even then the direction in such [thankfully] short moments needs to be questioned. 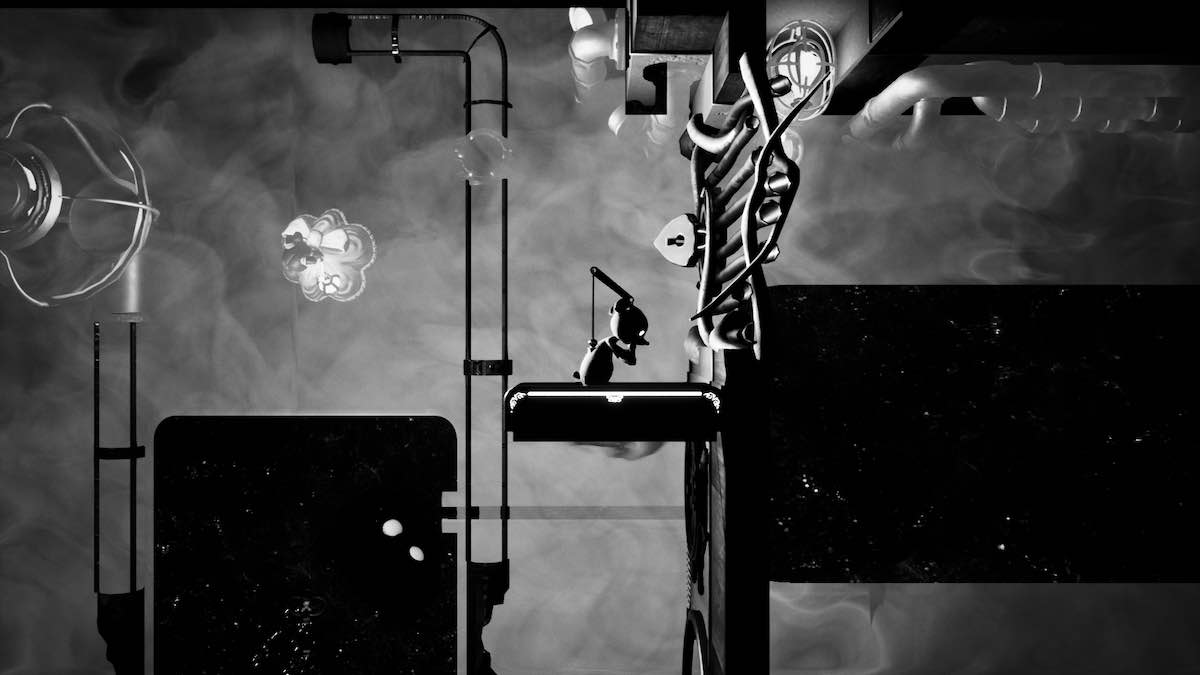 But as noted, a fortunate remedy to all this naturally comes by way of the puzzle-solving itself. Those careful and considered tweaks to one’s positioning — or the position of an accompanying object — in order to cast shadows or spawn platforms that your other character can use when shifting focus back to 2D platforming. Most puzzles in Tandem generally follow a familiar formula of having to hop back and forth multiple times between the two. At times, splitting so far apart that Emma’s use of a light source to keep Fenton in the light (Fenton can’t move while he’s bathed in dark) becomes paramount, with scenarios often requiring you to find the exact place to physically stand. But it’s this variety that keeps one’s progression through Tandem feel anything but repetitive — as familiar the gameplay loop eventually gets.

Segments that involve keeping up with moving platforms — making sure to switch to the overhead view to get rid of any shadows casting “walls” of such, to then just-as-quickly shift back to side-scrolling. Figuring out the precise order to activate a grouping of switches, whilst also making sure to correctly switch between the two characters when and where it’s necessary. Scattered about so far as length and design the puzzles may feel, such moments of added deduction and assumption — on top of the necessity to facilitate both perspectives to begin with — is what thankfully makes this assortment of puzzles that bit more entertaining to unravel. Added to on top by clever use of shadow manipulation to disguise, in a way, a platformer tucked away beneath the puzzle-oriented exterior. 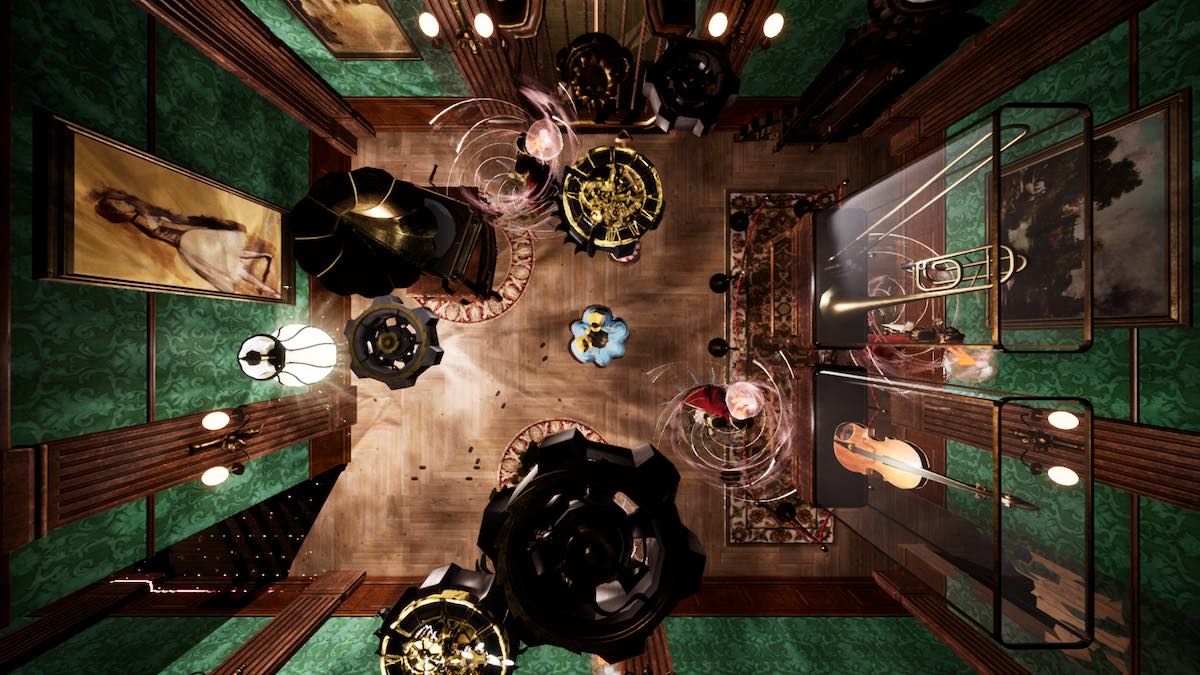 The weak attempt at narration or storytelling on the basis of its animation may be off-putting, but toss its lacking narration (and hard-to-hear audio) to the side and what you’re left with is a puzzle game with a charming-enough gimmick that’s just as much about substance as it is style. Tandem: A Tale of Shadows may be guilty of taking from any and every corner of the genre in constructing its challenges. But while it may zip from one set-up to the next — less-than-concerned with the through-line that ties it all together — the perspective-shifting, requiring of balancing overhead and side-scrolling puzzle-solving alike, just about delivers on the promise its set-up initially paints. Not just on the basis of a satisfying series of environments to conquer, but an admittedly-brief fascination on how everything ends up unravelling, let alone solved. It’s not everyday you stop to marvel for a second at the way two perspectives can play out at once, but that very trait is what Tandem: A Tale of Shadows shines on and in the end utilizes sufficiently well.