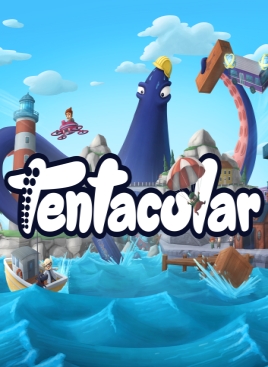 Virtual reality games have the ability to allow us to experience certain stories in unique ways, examining them from new perspectives and getting immersed in them even further. Sometimes it may be a story about gunning down robots or escaping nightmarish horrors, but then sometimes it can just be a coming-of-age story about a young man’s first steps into adulthood, attempting to find their place in world that seems like it shuns them at every turn. That’s the story Firepunchd Games is telling here with Tentacular…it’s just that the main character of this story also happens to be a giant tentacle monster.

Taking place in and around the island of La Kalma, Tentacular sees you playing as a kaiju who’s just turned sixteen, and per La Kalma tradition, that means having to find a job in order to contribute to the island. And the locals would indeed like you to have a purpose in life, if only because then you’ll hopefully find an outlet for your skills and stop destroying the town by accident. But you’re hit with a few hurdles along the way, such as your loving sister having to let you know that you were adopted. Well, that and the mysterious crystals you find that start to overtake the town, plus the insane inventors obsessed with them. Standard teenage troubles.

At its core, Tentacular can best be described as a physics puzzler, as the discovery of these crystals drive the local professor to invent M.A.G.N.E.T.S, objects that can be used to link objects and Poe fully revolutionize construction. Sometimes that means having to build various structures with them according to specifications and make sure they hold long enough in order to take a picture, but sometimes it’s just properly stacking building materials and relying on balance. Or sometimes it’s just hurling rockets into the air through rings, trying to get the passengers that eject to land in a certain spot. 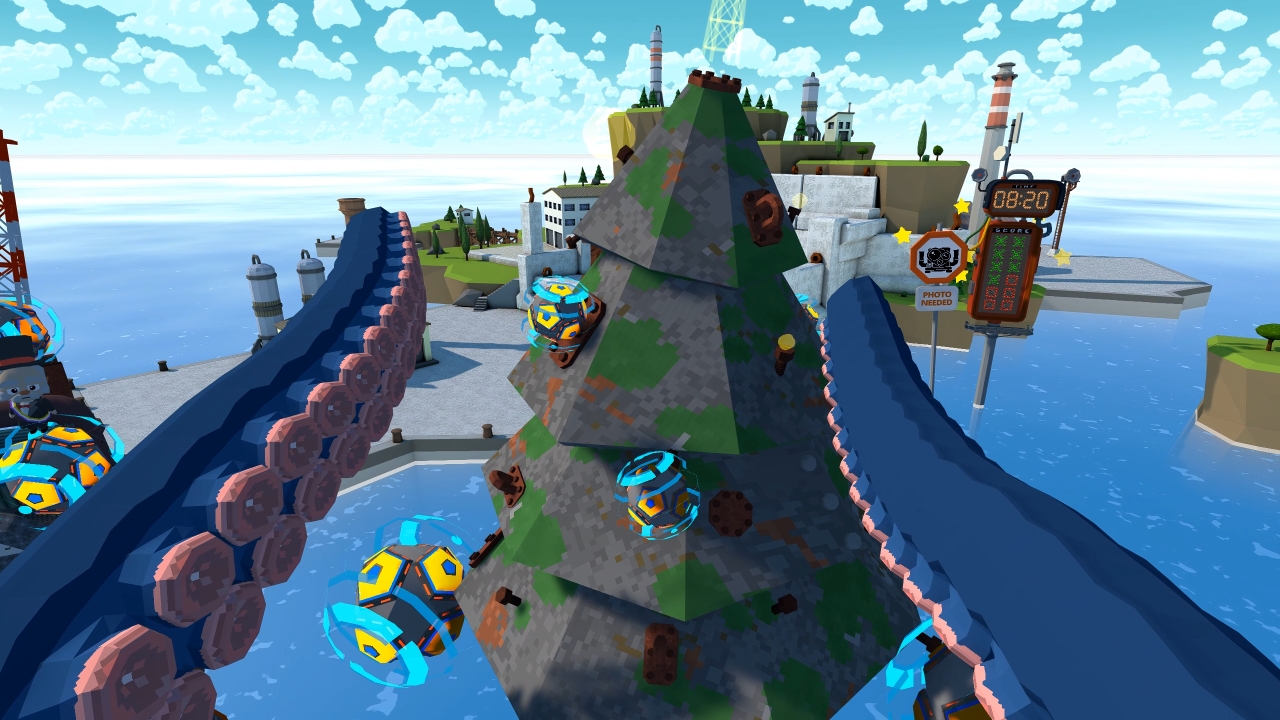 So far, nothing that abnormal. The twist, though, is in the name of the game, that being the allusions to your characters tentacles. The controls in Tentacular are quite simple, with standard VR triggers for gripping things and joysticks that let you move and turn around. Unlike other VR games, though, you don’t have hands to grip things, but rather two huge tentacles that you wave around, so goof luck being precise. And the grip here doesn’t let you simply curl a tentacle’s tip up or anything like that, but instead controls the suction cups on the tentacle, and where on the tentacle you pick up an object with those cups makes a world of difference. Moving a large concrete block with the tip will be extremely tough, but easier with the middle. Not to mention it can affect factors like your throwing as well.

I admit, I was worried for a while that Tentacular would head into “wacky physics puzzler” territory, a particular subgenre which has irked me at times. But Firepunchd clearly know how to properly work with a game like this, largely by keeping up a nice variety of jobs from crafting rockets and successfully launching them to rebuilding sculptures you’ve broken in the past to crafting makeshift slingshots out of radio towers in order to fling objects at workers and save them. The tentacles may make things tricky, but in a well-designed way where most of the game still feels challenging yet fair, and the scenarios always have room for those “Eureka!” moments you get from the best puzzlers when you realize just what can work.

Of course if you also just want to mess around, Tentacular has room for that as well. You can gleefully grab people and fling them into the ocean whenever you’d like, where they’ll thankfully immediately deploy life vests. You can grab cars, hurl them around, swing nearby cranes. I admit I skipped most of that, if only because I’m less obsessed with chaos and more obsessed with finding hidden dogs to pet (who wouldn’t be?), but there’s always the playground that you access from the city where you can have access to various materials, props and types of M.A.G.N.E.T.S that you unlock along the way, nicely allowing you to craft your own crazed contraptions and proceed to unleash various forms of insanity that may or may not involve unsuspecting citizens. 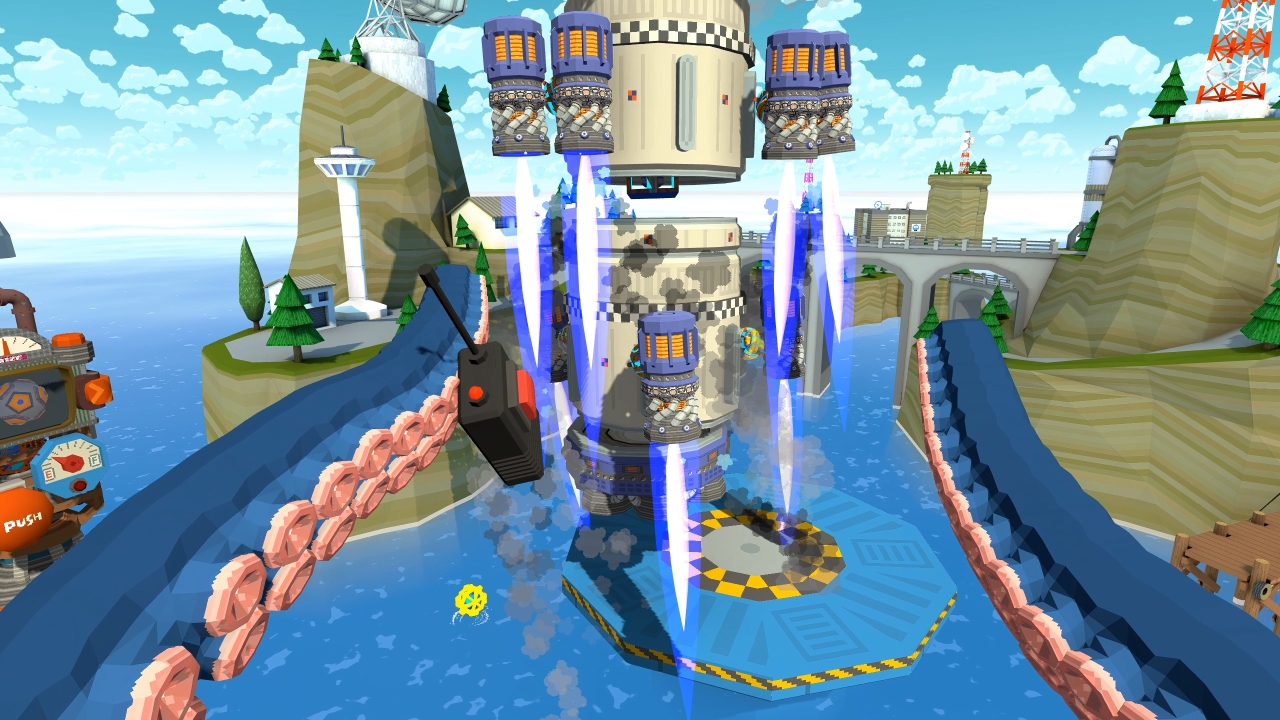 On top of all of the simple yet impressive gameplay, Tentacular also boasts a unique, semi-low-poly-ish dollhouse style that’s pleasing on the eyes, and the story is charming with a lot of splendid humor and interesting twists and turns as more is uncovered about the crystals and your possible origins, who your kaiju self really is, and seeing you ponder where you may truly belong. So your adventure in La Kalma would make for a truly outstanding and nearly flawless puzzler if it weren’t for the actual people of La Kalma.

Don’t get me wrong, from a story standpoint, all the characters are lovable, from your nurturing sister to the insane ego of Mollusk, the Elon Musk stand-in. But there are lot of questionable things when it comes to interacting with them. For example, in order to speed up dialogue, you can’t just press a button like usual, you have to tap people on the head repeatedly, which gets annoying when someone is in a crowded place or when multiple people are talking. And tapping them during jobs has them repeat the objectives, even if you’re just picking them up in order to move them out of the way, triggering an explanation that seemingly can’t be quieted.

The characters all speak in a Simlish-esque language, and it sounds like repeated whiny groaning when they’re in the city waiting for you to tap them already and start a mission. Characters in certain side missions also seem to never shut up, which can get distracting, like when the mayor keeps telling you to be careful with the painting when remodeling the house despite already having hung up a the damn painting minutes ago. The hint guy requires you to wait for him to through several dialogue balloons over a minute for no real reason. And speaking of which, said 2D dialogue balloons can awkwardly interact with any scenery they collide with.

Now, all of those may sound like petty gripes, but these NPC actions reallystart to build up and get grating after a while. Thankfully, though, the satisfaction to get when successfully hitting a wayward ship with a slingshot that’s miles away or pulling off a tricky balancing act with several cargo containers easily overwrites those issues and makes sure that Tentacular is still one highly-enjoyable VR game. 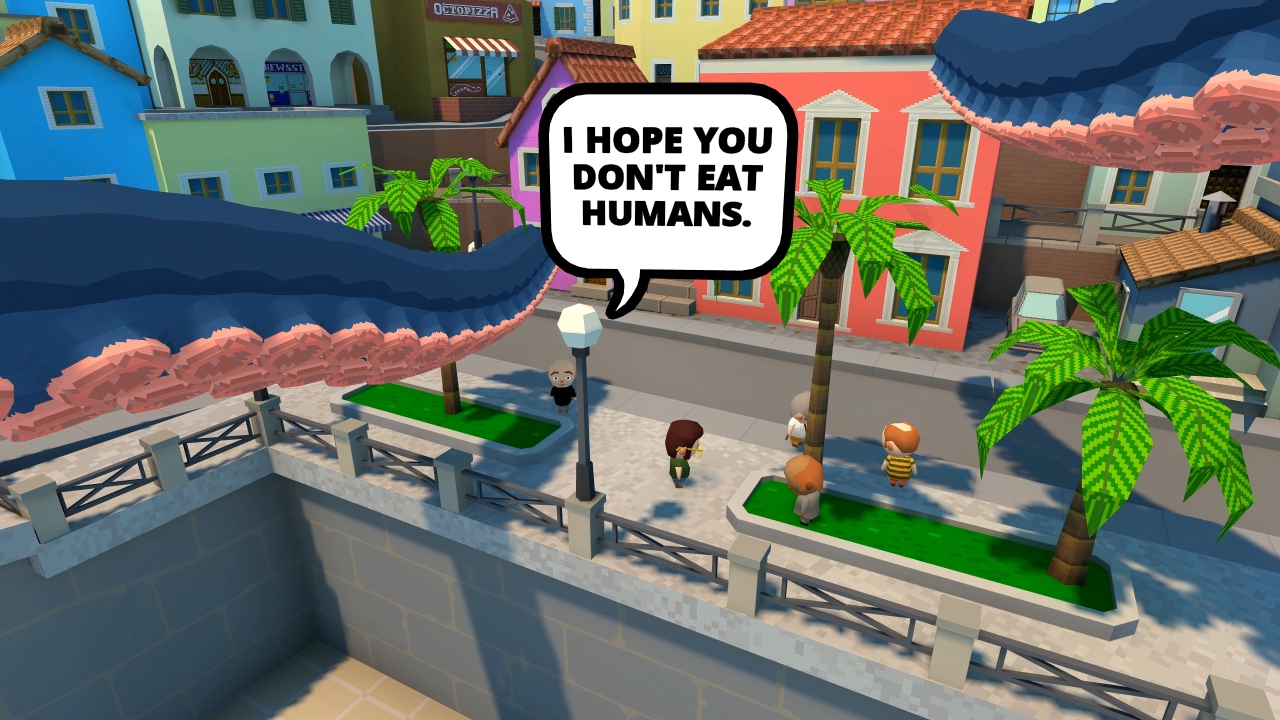 Don’t be fooled by the somewhat goofy exterior of Tentacular, as what lies beneath its surface is a crafty and unique physics puzzler with a wicked sense of humor and a well-done story that cleverly has you work with the limitations of your massive kaiju body. While it would have been nice to have more ways to interact with the island, a nice variety of challenges and tools to experiment with ensure that you’re never going to be bored. It’s an odd VR experience, but one worth looking at (as long as you can handle some of the NPC behavior).