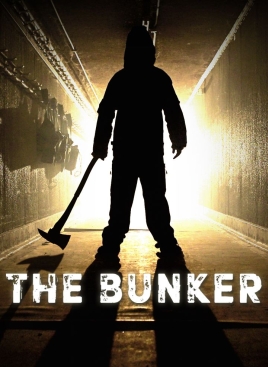 If you had the ability to communicate to yourself and other gamers from, let’s say, ten years ago (not necessarily being able to change the past, mind you), would you tell you them anything just to freak them out and mess with their heads? Because given these past couple of years, I’d love to see the faces on everyone when I tell them that FMV games will eventually make a bit of a comeback. Her Story, Contradiction, Cibele…I don’t necessarily know what convinced the indie game world that they could eventually make such titles work again, but here we are, in 2016, with another prominent FMV game to check out by the name of The Bunker, a psychological thriller in the form of a post-apocalyptic adventure game. Splendy Games and Wales Interactive have high ambitions here, and it shows, but is the end result another Tex Murphy or a mere Corpse Killer?

The Bunker sees you playing as John, the lone remaining survivor in a nuclear bunker. He’s been living there his entire life, ever since his mom gave birth to him thirty years prior when the bombs began dropping. But since then, all of the other occupants have mysteriously disappeared, and now that John’s mother has passed away, he has to fend for himself, having only his mother’s advice to keep following a daily maintenance routine to guide him. And on John’s 11,111th day in the bunker, something happens that messes with the routine, and sees John eventually having to delve into the deepest reaches of said bunker, where the past unsurprisingly comes back to haunt him, and secrets end up being revealed.

One of the most notable aspects of The Bunker is that the footage for it was shot in an actual decommissioned nuclear bunker. So needless to say, authenticity is supporting the game’s visuals quite nicely here. The whole underground shelter really does look like a relic of the Cold War circa the 1980s, complete with DOS computers and dark, worn-out structures and furniture all around. It definitely helps play up the foreboding, creepy atmosphere the game is going for. It helps that the acting is particularly impressive as well, with everyone turning in a great performance. Special mention goes to Adam Brown as John for what is – flashbacks aside – basically a one man show, although some of the scenes where John broke down and/or was crying were slightly grating. Mind you, John is purposely set up to be a mama’s boy, but thing could have been dialed back slightly. 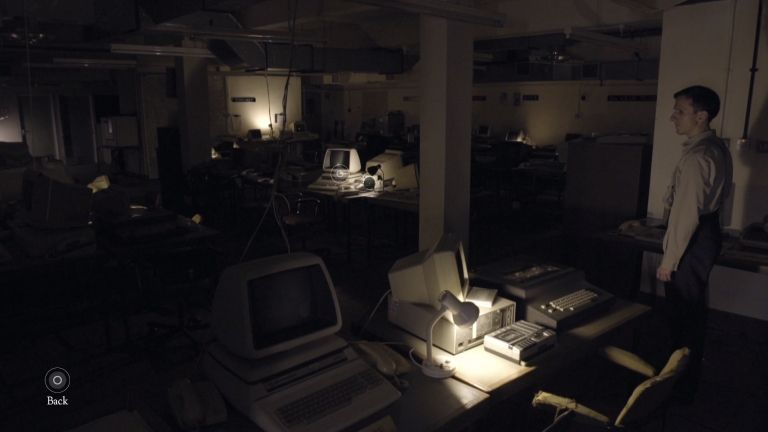 The writing is quite incredible as well. We begin with an emotional farewell to John’s mother as he reads to her, followed by a sequence showing the monotony and loneliness of his life as he repeats a standard routine over a few days. But the lingering mystery as to what happened to everybody else keeps drawing you in, and as John is forced from his routine, he begins to have flashbacks to his childhood concerning the troubles the bunker had, mysterious sicknesses folks were coming down with, and a mysterious man in a gas mask wielding a hatchet prowling the hallways, and you can practically feel the trauma John goes through as he recalls each bit.

It all definitely adds to creepiness of everything as well, in particular thanks to the game doling out bits and pieces of these past bits as you progress. As you do, you begin to question things. What was the nature of this sickness? How did any of this cause John to still be emotionally scarred? How does the hatchet man relate to any of it? And is there still a living threat lurking about? Like a lot of horror greats, The Bunker reveals just enough to have your mind filling in the rest of the horrors, afraid at every turn until the very end. And without trying to give things away, the plot twist at the end is incredible and executed perfectly, which only solidifies just how good the writing is. So yes, the game is almost worth checking out just for the story alone. The lone moral choice at the end, not so much (which is almost laughable), but still some superb stuff otherwise.

What I guess I’m trying to say here is that between it’s story, acting, and visuals, The Bunker definitely has he chops to be one of the year’s best indie films. Unfortunately, it has to be a game as well, and that’s where things falter a bit. 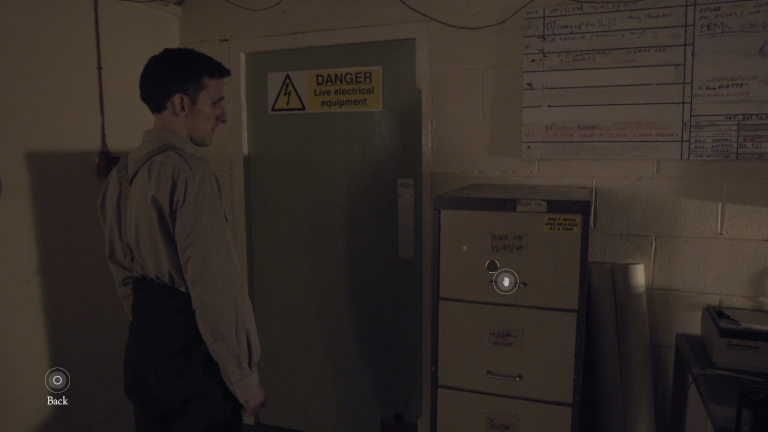 At its heart, The Bunker is basically a point-and-click adventure game, but it’s one as linear and simplistic as possible. Most of the time, you’re just following instructions and going from one area to the next or interacting with whatever object is needed to progress. There’s only about one real puzzle in the game, and it turns out to be the one case where the visuals actually hindered things slightly (in my case, anyway). So the game is lacking quite a bit in challenge, though it does at least have the occasional memos and computer logs to look through for some world-building, along with nine hidden dolls to collect. They don’t increase the replayability of this two-hour adventure by much, but they’re still a nice touch. Unfortunately, they’re a bit undermined by the inability to examine things before advancing, meaning you may accidentally trigger the cinema that moves the plot forward and locks you out before you examine everything in an area.

That all being said, The Bunker does try to keep you on your toes with the gameplay in one other way, and that way is quick-time events. Now, QTEs in graphic adventure games aren’t a bad thing. It’s understandable that a genre more focused on narrative instead of combat and action would simplify those latter areas (and when the genre does do full-on combat in games like Dreamfall, the results aren’t a pretty sight). Heck, I can name more than a few Telltale games that have had some of their most epic moments come from QTE-filled sections. So it is easy to pull these moments off, but The Bunker flounders in this area…well, at least on the PS4.

See, a majority of the game’s quick-time events require you to move your cursor into a circular area that suddenly appears and click it before time runs out. With a mouse, this is easily doable, allowing for a quick reaction. Not so much with a controller, with forces you to watch as he cursor slowly drags across the screen regardless of how hard you have the analog stick moved. Then combine that with a short time limit, and you have some potential frustration on your hands (one point even causing me to die multiple times). Why an alternate control scheme wasn’t used here instead for these bits is a bit of an oddity, and sadly hinders what is otherwise a set of simple and effective controls. 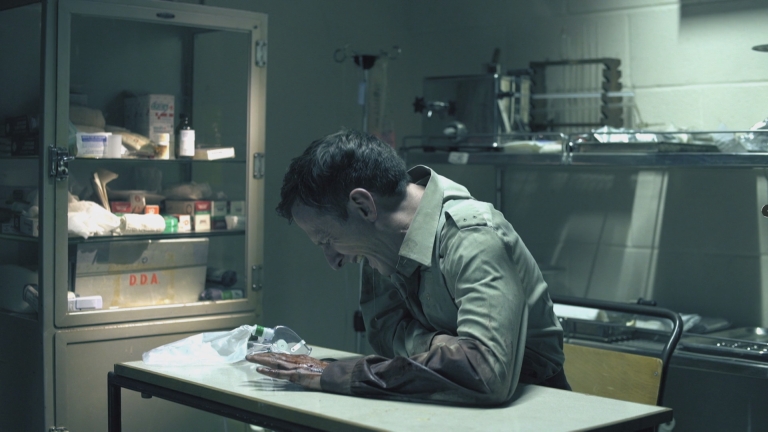 If you were trying to convince your past self as to why FMV games would have a miniature comeback, The Bunker probably wouldn’t be the best example to use. After all, it’s clear that emphasis was placed on telling a compelling story over gameplay. But compelling it is indeed, so for some it may easily be possible to overlook any shortcomings concerning challenge and controls in favor of a truly chilling tale about a life after the end. At the very least, it earns points for its attempts to make the most out of this subgenre thanks to its unique hook in the way they achieved their setting and some fine acting, but much like the titular bunker itself, a lot of it does sadly feel a bit empty after a bit.