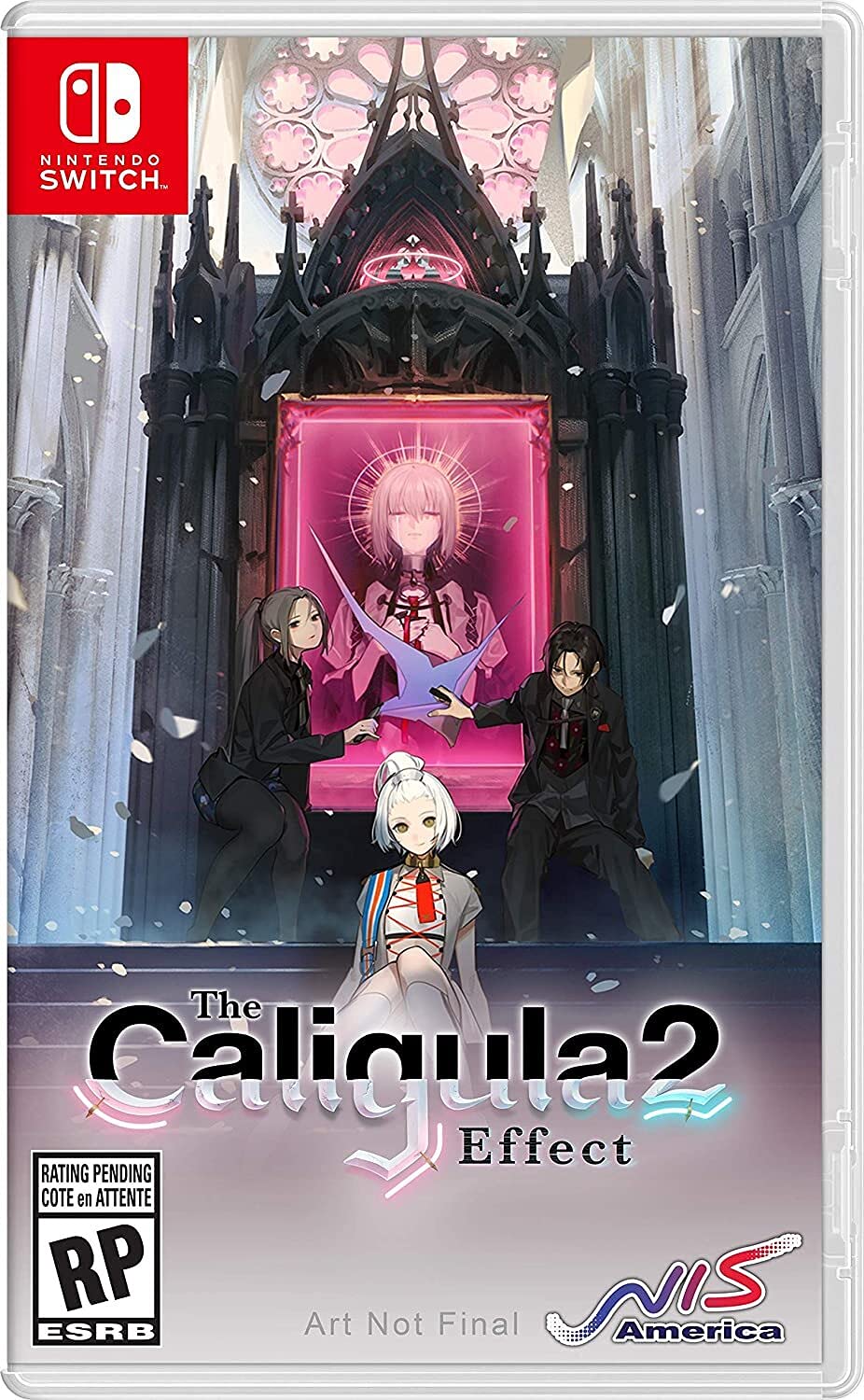 The first entry in the Caligula Effect series launched back in 2017 in the West on Vita where it would go on to see an enhanced console release a little under two years later. While not hugely successful or widespread, it did gain a following of fans who enjoyed many aspects of its storytelling, combat and more. Most were surprised when it was announced that it was getting a sequel, but pleasantly so for those who wanted more of the world they had first experienced. While the original saw quite a mixed reception, can the sequel turn things around and manage to entice more people into its unique digital world that awaits?

The Caligula Effect 2 takes place a few years after the ending of the first title, where players take on the role of a protagonist they name for themselves. Upon first waking up they meet a mysterious Virtual Doll by the name of Regret who rules over the world known as Redo and sends the protagonist on their way to enjoy life as a high schooler. Not long into this seemingly-cheery life a crack in the sky forms, and a mysterious entity claims the protagonist’s body as theirs to share as they begin to have bizarre memories of a life different from the one they’re living. This person inhabiting their body reveals herself to be named χ (pronounced “Key”), a yet-to-be-released Virtual Doll who has come to save the inhabitants of Redo. She claims to be the daughter of the previous game’s antagonist, μ (pronounced “Muse”), and wishes to put a stop to the same thing happening again that her mother had originally caused before realizing her ideal world was flawed. With the protagonist as her partner, χ plans to work alongside them and other allies who slowly begin to regain memories of their past lives in order to stop Regret and her group of musicians from keeping people trapped in this place forever while uncovering what it is that has drawn people to running away into this dream-like world.

Those familiar with combat in the first title will likely be right at home here with a few tweaks. The basics are when players run into enemies, known as digiheads or puppetheads, and create a large open field to fight on. From here characters take turns selecting their desired move, with the catch being before they actually attack they can see their move played out to see how it’s most likely to go. They can then adjust the timing of their move if they want it to happen a few seconds later and submit once they’re happy. Each attack has a cooldown before and after it has been used before the character can attack again, and they can still be interrupted by enemies and stopped part way through. Attacks also cost SP to use but if it or health gets low players can use items or spend a turn restoring it to full again. Although it’s often easy to get through just hacking away at the enemy’s health, it’s a much bigger help to actually time moves with allies for combos. Since players can see ahead of time what move an enemy is going to do, this allows them to counter it and rack up damage numbers with allies. Each party member has their own unique move set that makes switching a good idea depending on each person’s play style and finding which works best. Some characters are defenders, others are tanks while some go in for quick attacks. There’s also no real consequence to going all out in every fight as health and SP is restored immediately after each fight ends. It players fill up their stress meter they can unleash their special attack to dish out extra damage or help allies in need. In addition to this attacking crystals in the overworld will fill up χ’s voltage meter, and once at the max it can be unleashed for immediate cooldowns on attacks and quick damage on the enemies while she sings in the background. 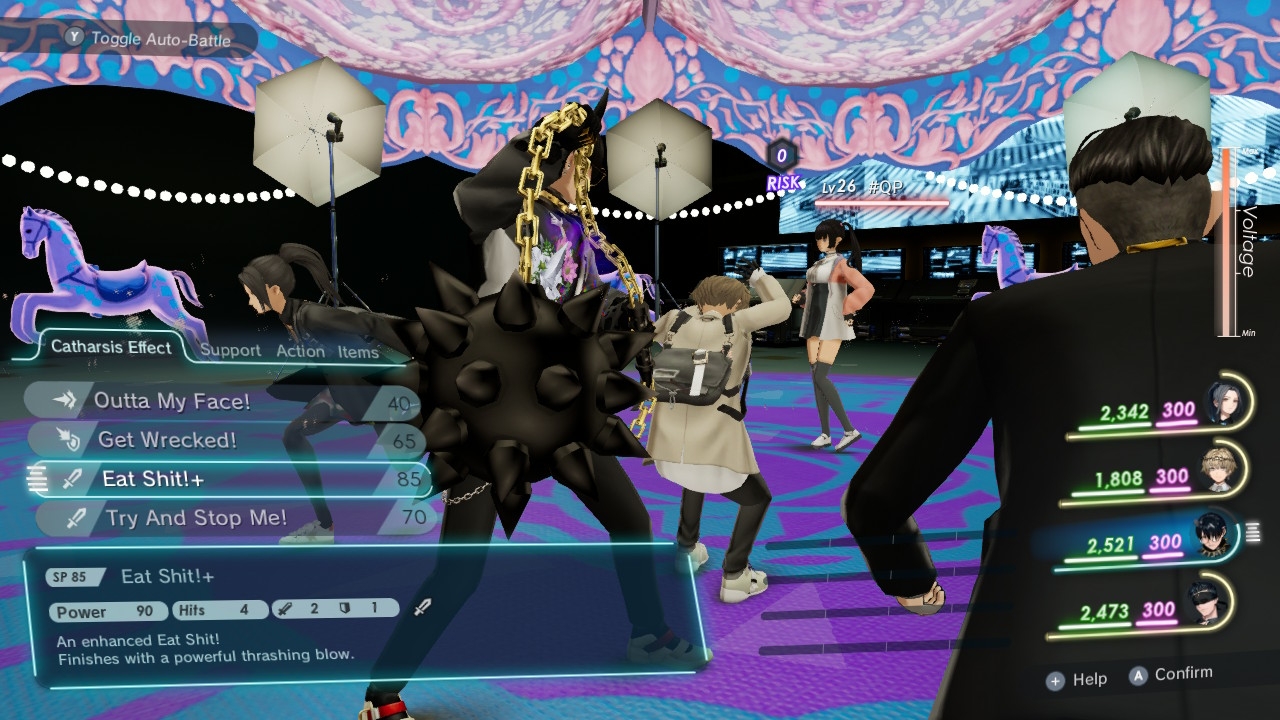 Outside of combat time is mostly spend running around areas looking for a way to progress through each area. There’s a few different areas that don’t include combat and act as hub areas where items can be bought, such as χ’s train and the main station area. In the dungeon areas themselves they can be freely explored in order to find hidden items or equipment pieces known as Stigmas. There are three different kinds of Stigmas known as Attack Impulse, Defense Instinct and Amplifications. As the first two imply they increase attack and defense respectively, with amplifications able to increase a variety of other stats. A change in this title is the ability to max out an amplification or select attack impulses and equip them permanently to a character while they can continue to max out others. Each character aside from the protagonist has stats they excel at in particular, which is best to consider when gearing them up in order to max the best of their abilities. It makes it worth exploring to find as many stigmas as possible, and revisit areas for some that are locked behind high-level enemies that may or may not be challenging depending on the skill of the fighter.

A rather massive side task of both Caligula Effect titles involves the other inhabitants of this digital world that are also trapped here. There are a slew of other people like the main party trapped there as well, all of whom can be spoken with and in turn will offer quests and rewards for those willing to complete them. Although entirely optional it offers side activities to undertake, many of which will fall in line with what is already going on, so they’re fine to pick up along the way. This also includes meeting and making friends with various groups and adds to the Casuality Link which is a giant network of all the current inhabitants. While this is a nice side activity, it can feel overwhelming as there are slews of NPCs in every single dungeon and area throughout the story that it’s often better to just move along instead of getting bogged down in their quests. It’s nice for those wanting to learn even more about the people trapped here, but it’s good that it’s an optional activity. 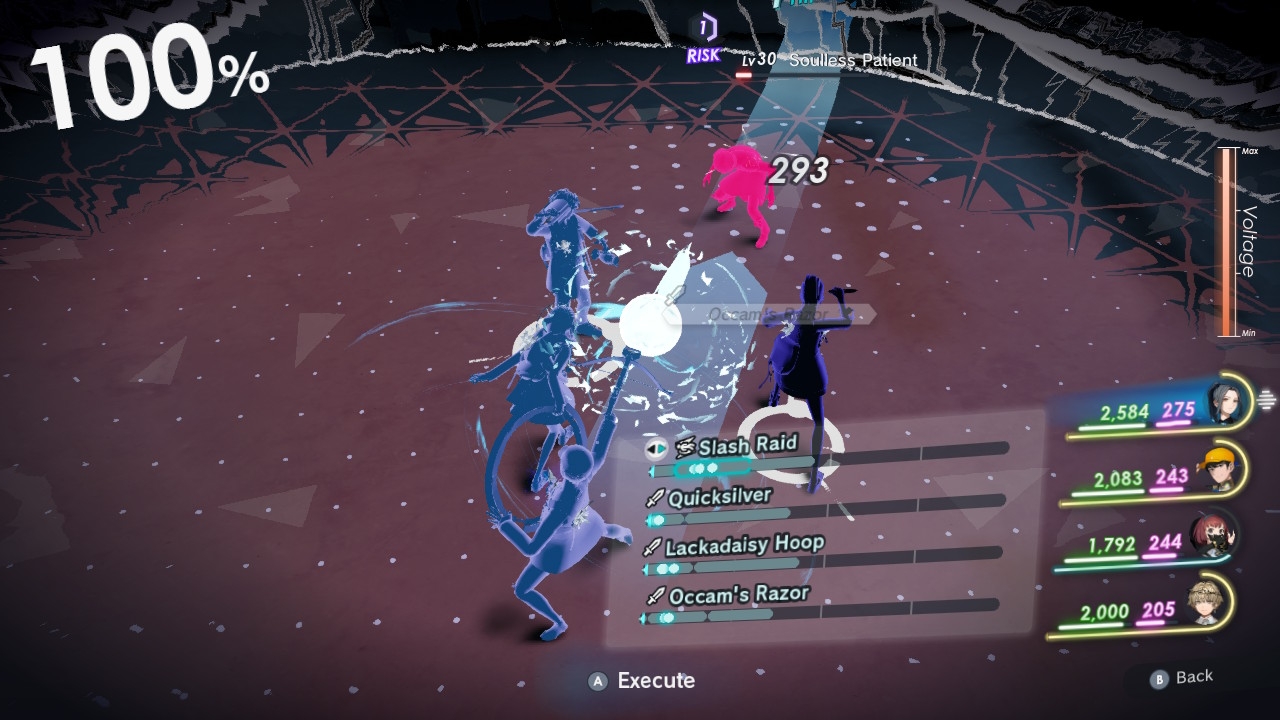 Although learning about every other NPC is not entirely enticing, learning about the other party members is actually a huge draw. This occurs throughout the main plot in character stories the protagonist can take part in and speak with them to learn more about what deep secret they’re escaping from that drew them into Redo. The protagonist will occasionally have to answer these characters, and if they answer wrong they may be temporarily locked from continuing their path. Fortunately it can be unlocked again through χ for a second chance, and it’s a worthwhile endeavor as the majority of party members carry worthwhile stories along with them and makes them feel like closer companions as a whole. The other way to raise affinity to learn more is through combat, with each character maxing out at 9. This can only be increased by using characters, so switching out is mandatory to learn every little bit about the motley crew tagging along. The writing is truly the strongest point in Caligula Effect 2, so it’s well worth investing extra time in to learn more about them.

The best way to sum up the soundtrack for Caligula Effect 2 is that it rocks. The overworld themes will go from charming upbeat tunes and immediately kick in with lyrics the moment a battle starts. Although it’s usually one song per area, it’s hard to get tired of it when it flows in and out so seamlessly and makes it fun to run into battles just to hear it keep going. Boss themes in particular are fantastic and stand out, and even the more casual songs without lyrics are charming especially during fun or silly moments. The visuals on the other hand leave a bit to be desired. While far improved from the original Vita title, the character movements during most cutscenes can look stiff and awkward, but they do at least actually move their mouths when speaking this time. Fortunately the 2D artwork for characters talking convey a lot of emotion and make up for the lack of it on most of the 3D models themselves. The main areas explored are also not the most endearing to look at, as they consist of many hallways that need to be traveled down in order to reach the next assortment of hallways. It’s also worth noting that this title isn’t dubbed in English which is fine, but it’s disappointing for some of the smaller character dialogue and quips in and outside of battle that those who are unfamiliar with Japanese will miss out on. This is a common issue with titles that don’t receive dubs, but it’s a shame there’s no work around to at least include some aspect of what the characters are saying even if it’s just minor passing statements. 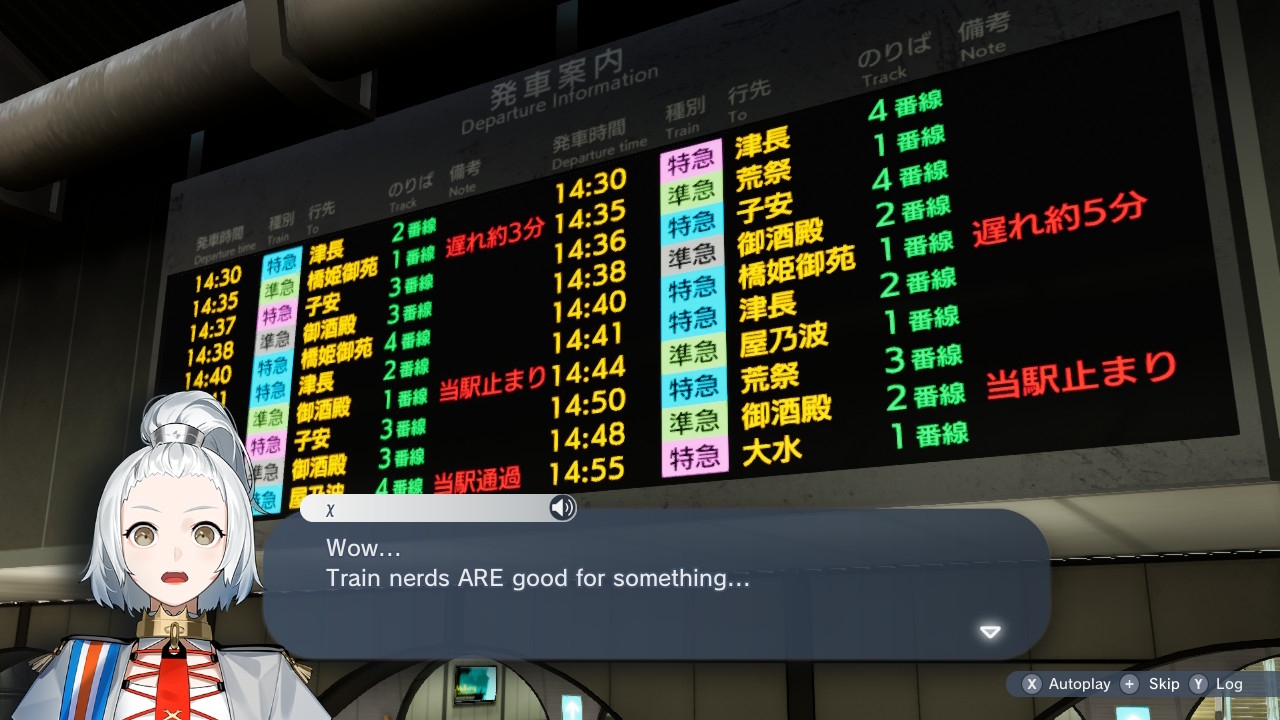 Although the visuals may not be much to look at, the combat and story are the soul of Caligula Effect 2 that holds it all together. The music and characters are far more enjoyable than the first title, with a combat system that feels more fine-tuned and makes it flow at a better speed than the first entry. It’s harder to recommend for those who haven’t played the first as they will miss out on important references to the first, but it may be worth popping open a synopsis of the first or playing through it to get to this sequel which improves upon basically every aspect. There’s so much to love here, but the experience would be improved with amped-up visuals and more English support for some of the smaller dialogue. The Caligula Effect 2 is a unique story that touches on sensitive subjects with a lot of respect wrapped up in a wonderfully-enjoyable RPG that’s the perfect length without overstaying its welcome.